This is part of a series of posts in partnership with the American Indian Cultural District to promote and document American Indian cultural history and sites in San Francisco.

One year old Cheric, cuddled by her affectionate mother and serenaded by the trickling waters of Calera Creek, was naïve to the portending events that would soon bring an end to her people and culture (Cheric is an alias). Cheric was born about a year before the Portola expedition reached the Bay Area in 1769. At that time the Ramaytush, the Indigenous peoples who shared a common language and who occupied the San Francisco Peninsula, numbered approximately 1,500 persons. The last known descendant of the Ramaytush was believed to have died in the 1920s, that is, until a discovery I made (I trace my ancestry to Cheric). Little could a one year old wide-eyed Cheric know that she would become grandmother to one of the only known natives of the San Francisco Peninsula to have living descendants in the present—Leandra Ventura Ramos.

Bay Area Native peoples (often referred to as Ohlone or Costanoan) have lived in the area for thousands of years. The Ramaytush Ohlone lived along the San Francisco Peninsula and were divided into several independent tribes, one of which was the Aramai. The Araimai were situated on the east side of the San Francisco Peninsula near modern day Pacifica. They were divided into two primary villages. Timigtac, on Calera Creek, was the smaller village nearer to Rockaway Beach, while Pruristac was located just to the south in the San Pedro Valley. The Aramai were one of the first tribes to be brought in the Mission Dolores community and its outstation at San Pedro y San Pablo.

Cheric’s second marriage was to Joseph Ramos on October 31, 1783 at Mission Dolores. Joseph Ramos was baptized July 17, 1731 at San Antonio, Singuilucan, Hidalgo, Nueva España, although his family was from nearby Valle de Tulancingo. He was a bachelor blacksmith at Mission Dolores who, beginning in 1776, traveled from Vera Cruz to San Blas and eventually arrived in San Francisco in 1779. Cheric and Joseph Ramos had only one child, Pablo Antonio Ramos, who was born on January 25, 1785 and was baptized at Mission Dolores five days later. Joseph Ramos died a few months later in June 1785, and thereafter Pablo Antonio lived with his native mother and step-father. Though half Spanish, Pablo was classified by the padres as a neophyte from that point forward.

Pablo Antonio Ramos was married to a woman from the Bay Miwok tribes at Mission Dolores in 1807. They had two children: Ursula, who died at three years of age, and Maria Leandra Ventura Ramos who was baptized in 1811 at Mission Dolores. She is one of the only known descendants of the Indigenous people of the San Francisco Peninsula to have living descendants in the present. Leandra’s four daughters and their descendants comprise the four branches of the Ramaytush Ohlone peoples.

Until recently, it was believed that the last known descendant of the Ramaytush Ohlone died in the 1920s. In other words, the last known descendant of the approximately 1,500 indigenous people who lived San Francisco Peninsula in 1769 had died—an entire people and culture, it was believed, had passed. The discovery of the descendants of the Timigtac, from perhaps the smallest of all the Ramaytush Ohlone villages, offers a slight reprise amidst the tragedy that befell so many California Indians.

The Association of Ramaytush Ohlone (ARO) represent the interests of the Ramaytush Ohlone peoples today. Spanish, Mexican, and American colonization of California displaced our ancestors from our homeland and resulted in the near complete genocide of our people and culture. To the best of our knowledge, none of our members have lived in our ancestral homeland for about 100 years and none of our members have held land in our ancestral homeland for over 250 years.

Because our cultural and spiritual traditions require that we be in direct relationship with our ancestral lands, our return is necessary for us to become whole as a people. Because our relationship with the land defines us culturally and spiritually, our return to our ancestral homeland is critical to our sovereignty. In this instance, sovereignty means more than self-governance. Sovereignty refers also to cultural continuance—to our ability to continue into the future as a culturally distinct group of people with a shared ancestry.

All of this restorative work—the revitalization of our culture, the restoration of the earth, and our ability to care for marginalized peoples, especially other Indigenous peoples—requires economic, financial, and human resources. The Association of Ramaytush Ohlone is the vehicle for the restorative work that evolves out of our ancestral and cultural responsibilities.

Jonathan Cordero is the metush (head or chair) of the Ramaytush Ohlone peoples, is Affiliated Scholar in the Indigenous Law Center at UC Hastings and is Visiting Scholar in the Spatial Sciences Institute at USC. Jonathan serves as a member of the Steering Committee for the Regional Watershed Management Program and is a member of the Project Screening Committee for the Bay Area Integrated Regional Water Management Program.

​Dr. Cordero received a bachelor’s degree from the University of California at Berkeley and a doctorate from the University of California, Santa Barbara. He has written several articles on California Indians during the Mission Period, including  Dr. Cordero works as a consultant in both the public and private sectors, especially in the arts, and he serves as a leader, speaker, and activist in the broader Ohlone and Chumash communities.

To learn more about ARO’s preservation mission and projects, visit their website. 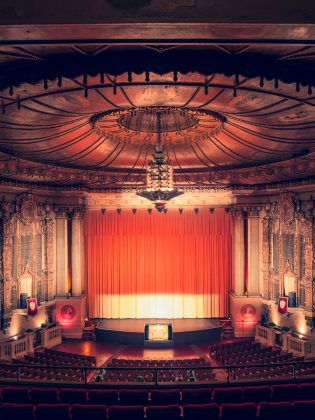 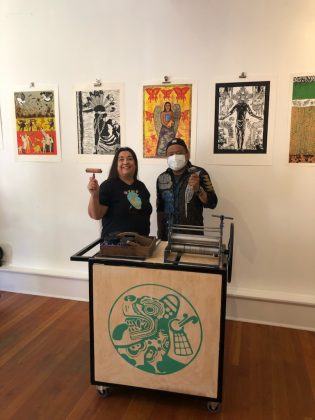 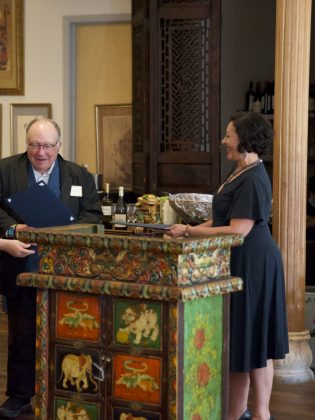 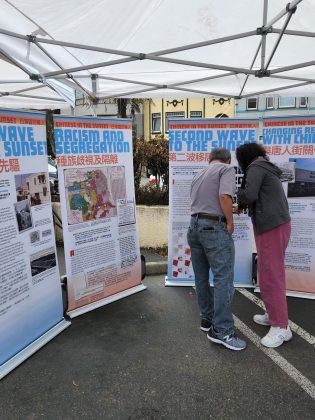