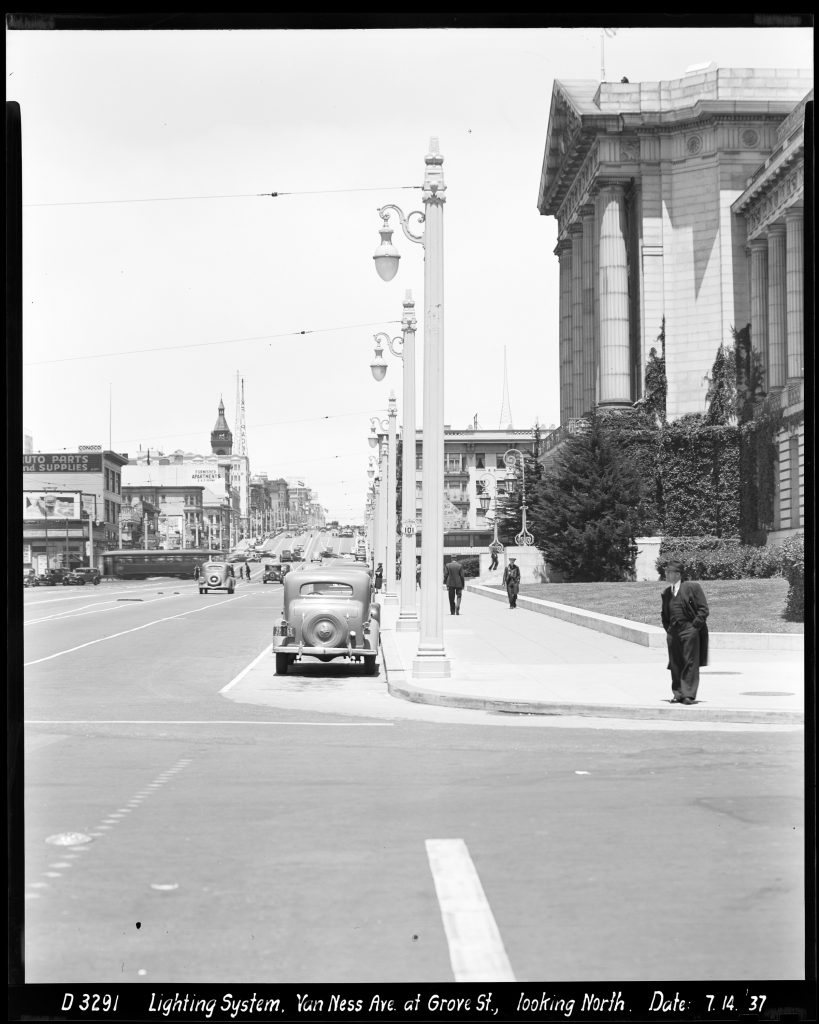 Update: On September 20, 2016, the Board of Supervisors unanimously called on San Francisco Municipal Transportation Agency (SFMTA) to make all efforts to preserve the historic character of the Van Ness Corridor through reuse as well as replication of the Van Ness Avenue Historic Streetlamps instead of replacing them with industrial design streetlamps for the Van Ness Bus Rapid Transit (BRT). Click here for full press release.

The over 200 historic trolley poles and streetlamps that run the length of Van Ness Avenue were constructed in preparation for the 1915 Panama Pacific International Exposition and moved in a Work Progress Administration (WPA) road widening project to inaugurate the Golden Gate Bridge in 1936. Known as the “Ribbon of Light,” the graceful ironwork brackets and lamps serve as a geographic marker that defines the two-miles of Highway 101 from Market Street to Bay Street. In 1982 San Francisco Heritage rated the Van Ness poles and light standards “Level B (Major Importance).”

In conjunction with the recently approved Van Ness Bus Rapid Transit (BRT) Project, SFMTA plans to remove the streetlamps even though the EIR for the project did not consider preservation alternatives. The proposed replacement design is pictured below. On September 13, 2016, Supervisor Aaron Peskin introduced a resolution calling on SFMTA to “fully explore the costs and technical feasibility of reuse as well as replication of the Van Ness Avenue Historic Streetlamps.” The Coalition to Save the Historic Van Ness Streetlamps, including Heritage, has formed to preserve the historic character of Van Ness Avenue. Click here to download a letter to the Supervisors. 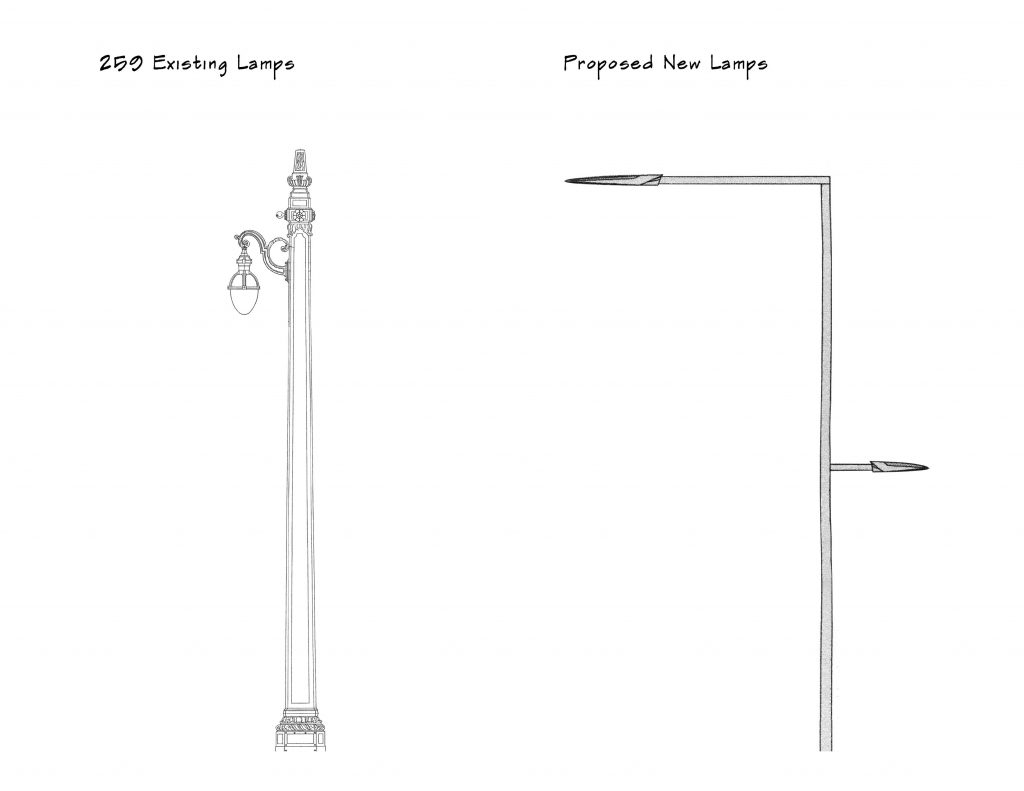 SAVE SAN FRANCISCO’S RIBBON OF LIGHT

All Tours Cancelled on Saturday, August 13