Designating Landmarks and Landmark Districts in San Francisco are an effective and proactive way of safeguarding important places from demolition, destruction, and displacement. On April 18, 2003, then Mayor Willie Brown signed an ordinance designating the Dogpatch Historic District, San Francisco’s 11th landmark district. It was the first city designation of a district since the Civic Center district in 1994, and extended Article 10 protections to 104 historic resources within an approximately nine block area bounded by Mariposa Street to the north, Minnesota Street to the west, Tubbs Street to the south and 3rd Street to the east (Article 10 of the Planning Code is the basic law governing historic preservation in the City and County of San Francisco.).

Map of the Dogpatch Historic District. A historic district is a collection of resources (buildings, structures, sites or objects) that are historically, architecturally and/or culturally significant. As an ensemble, resources in an historic district are worthy of protection because of what they collectively tell us about the past.

The period of significance for the Dogpatch Historic District dates from 1867, the opening of Long Bridge (connecting Potrero Point to the city) and the beginning of construction in the neighborhood, to 1945, the end of World War II. No other district of San Francisco or California was industrialized to the degree of Potrero Point during the last quarter of the 19th century, which includes the area that now comprises the Dogpatch. The shipyards and other maritime-related industries of Potrero Point required a steady supply of inexpensive immigrant labor in an area that was geographically cut off from the rest of the city. Local developers and landholders, including Santa Fe Land Improvement Company, responded to this need by constructing rows of inexpensive cottages and selling individual parcels to laborers and their families, allowing the neighborhood to develop as an informal company town. 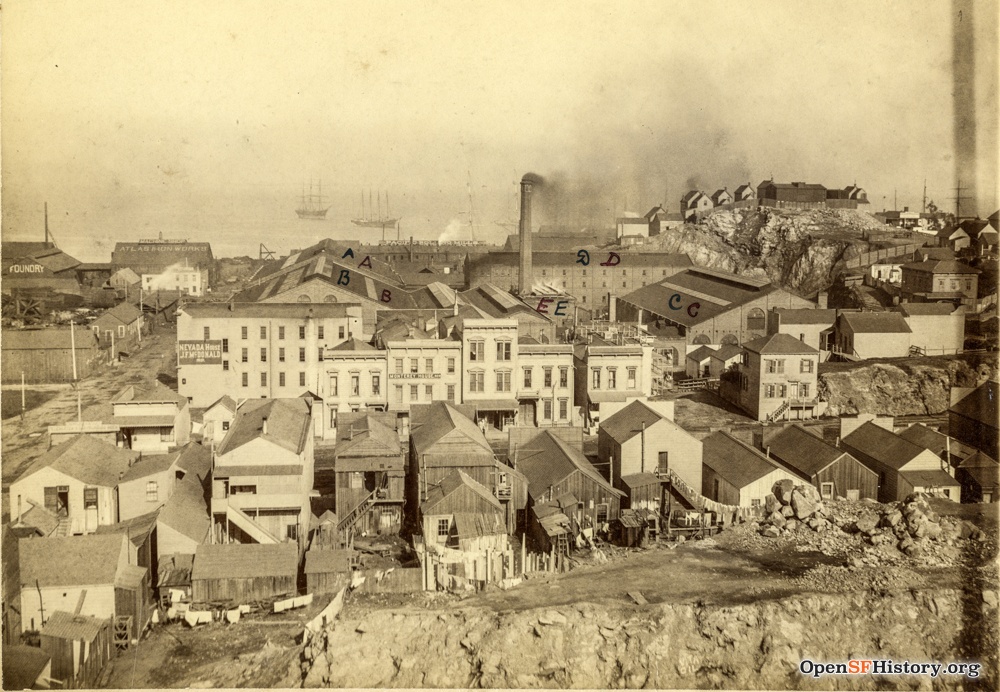 View east from Potrero Hill to Union Iron Works and Irish Hill with 20th Street running along right side, circa 1890. (OpenSFHistory/wnp27.6387). Almost three-quarters of heads of households in Dogpatch worked for one of the district’s large employers: Union Iron Works/Bethlehem Steel, the Western Sugar Refinery, the California Wine Warehouse, Tubbs Cordage Company, and San Francisco Gas and Electric Company. It was a unique working class neighborhood of immigrants, first from Ireland, Scotland and England, but with successive waves of Italians, Scandinavians, Mexicans, Dust Bowl migrants and African Americans.

The core of Dogpatch has the oldest and most intact concentration of industrial workers’ housing in San Francisco, most of which were constructed between 1870 and 1930. It became the nucleus of the Potrero District that would evolve after the 1906 earthquake. Residences reflect architectural styles that were prevalent throughout the country, including Greek Revival, Queen Anne, Italianate, Eastlake and Classical Revival styles. The district has several clusters, and pairs of identical dwellings, including a group of thirteen identical Eastlake-style cottages based on the plans of San Francisco architect John Cotter Pelton, Jr.

A row of identical Pelton cottages on the 900-block of Minnesota Street, included as contributory buildings to the Historic District. 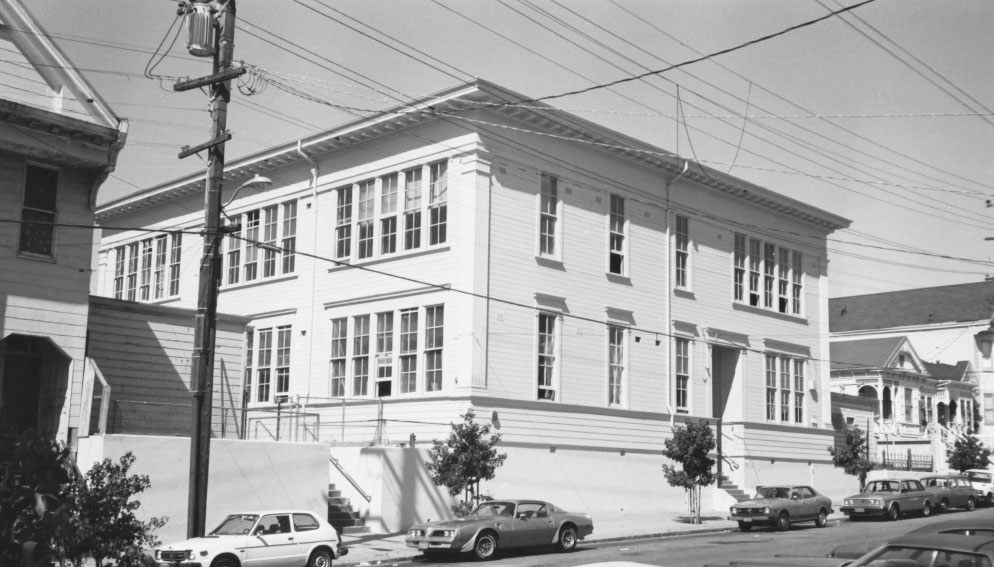 Recognition of the Dogpatch Historic District capped a five-year effort initiated by Christopher VerPlanck, a member of the Heritage staff at the time, working with residents of the neighborhood (including the Dogpatch Neighborhood Association)  who were committed to preserving the district’s historic qualities in the face of increasing development pressure. Together with Heritage staff, VerPlanck surveyed the entire neighborhood to identify potentially historic examples of Victorian and Edwardian-era workers’ housing, and researched the construction and operational history of the early industrial and maritime businesses in the Central Waterfront area, with the resulting documentation was used by the Planning Department to designate the Dogpatch Historic District. Future new construction and alterations to contributory structures will have to follow design guidelines specified in the ordinance to ensure compatibility with the district’s historic architectural character.