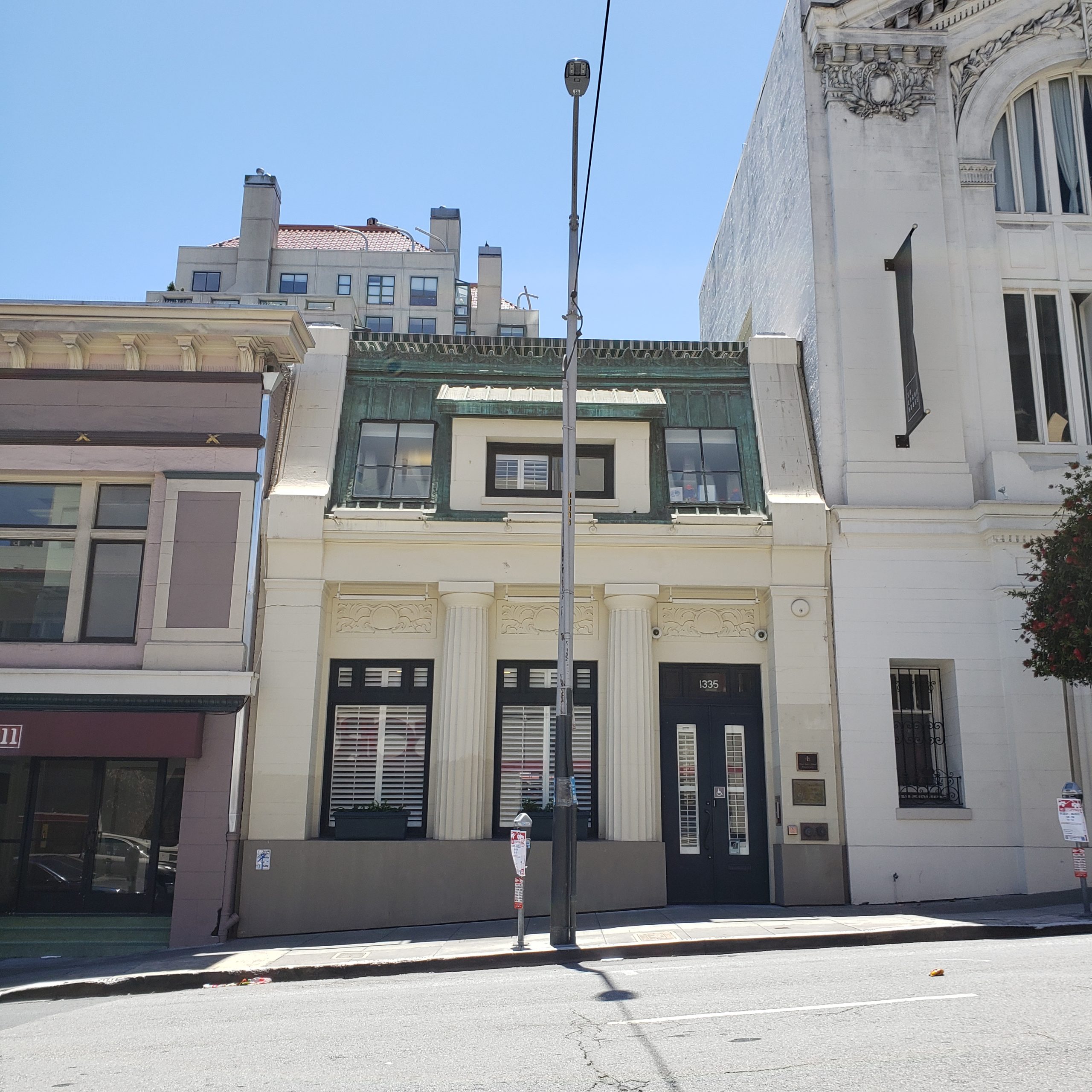 Grabhorn Press Building, located on the south side of Sutter Street between Van Ness Avenue and Franklin Streets in San Francisco. The period of significance for the building is 1942-1965, from the time the Grabhorn family purchased the building until the Press was disbanded after the death of Edwin Grabhorn.

One of the last fine bookmaking facilities (a type foundry, letterpress printing, and bookbinding) in San Francisco has its origins in a temple-style building at 1335 Sutter Street. The Grabhorn brothers, Edwin and Robert, first established their press in 1916 in Indianapolis, Indiana. In 1919 they moved to San Francisco and called themselves The Press of Edwin and Robert Grabhorn, and were soon printing some of the finest books in America. In 1923 they changed the name to its definitive form, The Grabhorn Press. 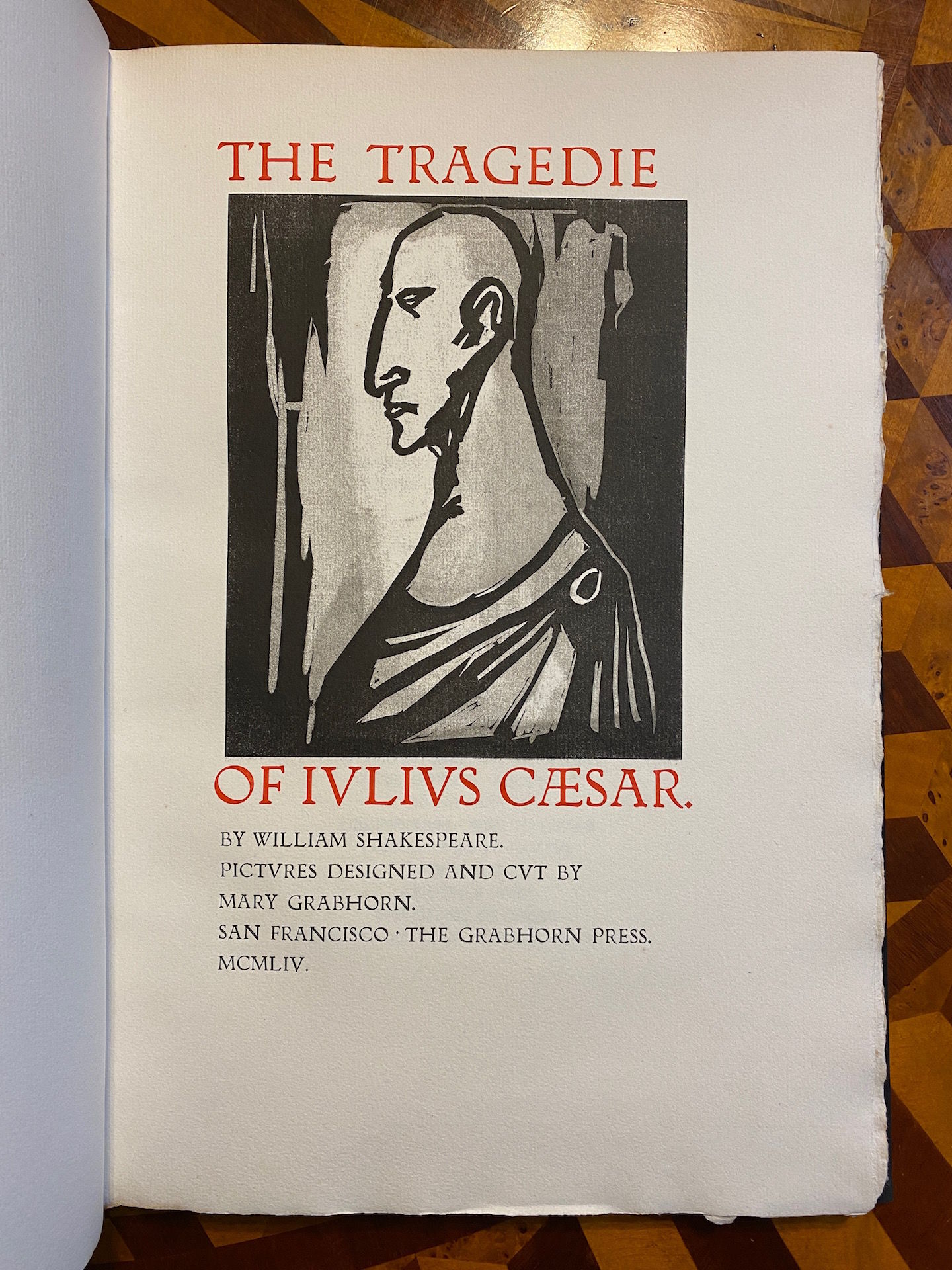 Each Grabhorn edition is a unique product, like this copy of The Tragedie Of Iulius Caesar (I.E. The Tragedy Of Julius Caesar) with pictures designed and cut by Edwin’s daughter Mary Grabhorn. A typical Grabhorn piece is described this way: “The paper is heavily textured, and usually interestingly edged. It is inked nearly through rather than simply on the surface. Margins and spacing are generous. Ink may be black, or red, or some other color, sometimes with initial letters of a contrasting color. The type face is chosen to suit the content often the type has a flavor of calligraphy or very early hand printing. If the work is bound, the binding also reflects the content, the cloths or boards are special, and the spine is often leather or a textured cloth.” (Excerpted from the Grabhorn Press National Register nomination (#97000349), March 14, 1997.)

In 1942, the brothers moved Grabhorn Press to 1335 Sutter Street. Built in 1918 and designed by Alfred Henry Jacobs, the building originally housed the temple school of Congregation Emanu-EI. Tall Doric columns on a modern glazed ceramic tile base divide the facade into three bays. The center and east bays are filled with plate glass display windows, and the west (right) bay is a pair of oak doors with glazed panels and a granite doorstep. The second story appears behind a standing seam copper mansard roof with a shed-roofed dormer in the center and two skylights on either side. 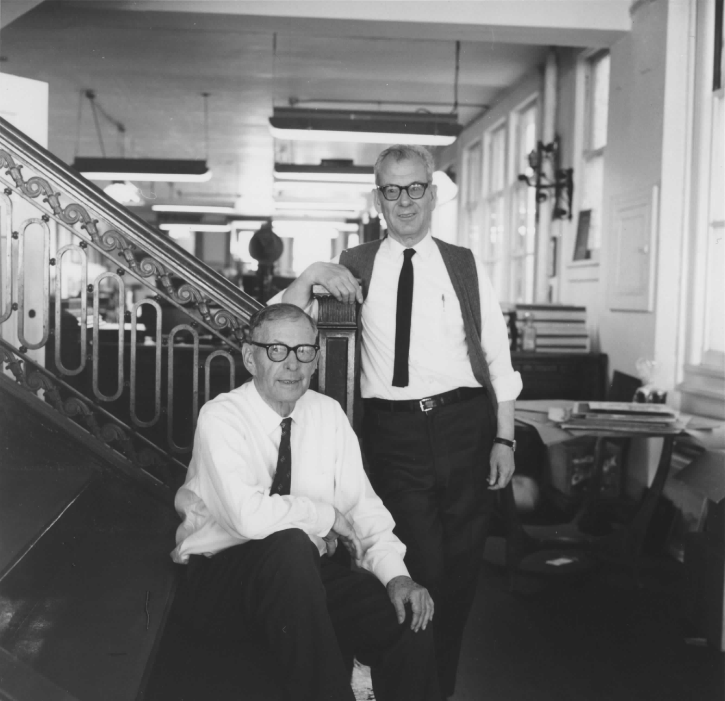 Photo of Edwin Grabhorn (seated) and Robert Grabhorn at the staircase of The Grabhorn Press Building, San Francisco, with the pressroom and the bank of west windows in the background. Photo c. 1965, by Skelton Photography. Photo courtesy of Book Arts and Special Collections Center of the San Francisco Public Library.

When the Press was in the building from 1942-1965, most of the main floor was occupied by the pressroom, with a small area set aside for typesetting and a small front anteroom with the fireplace and stairs. Upstairs were the bindery and the office. Paper was stored in the basement. Although the Grabhorn Press earned its international reputation for fine printing long before moving to this building, here the brothers created nearly half of all the Grabhorn Press items, including typographical masterpieces such as their Japanese prints (Edwin’s daughter Mary supplied skillful colorful woodcuts) and nine Shakespeare plays. They assembled an unmatched collection of American type still used by Arion Press, the descendent of Grabhorn Press.

The Grabhorns “were ranked not only as the finest and most imaginative printers of California, but among the truly great printers of their time” (James D. Hart, Fine Printing in California, Tamalpais Press, 1960). Significant dates are 1942 for winning the Gold Medal of the American Institute of Graphic Arts; in 1963 for receiving honorary doctorates of Fine Arts from the University of California, Berkeley; and 1965 for donating their collection of 1,600 rare books to the San Francisco Public Library. 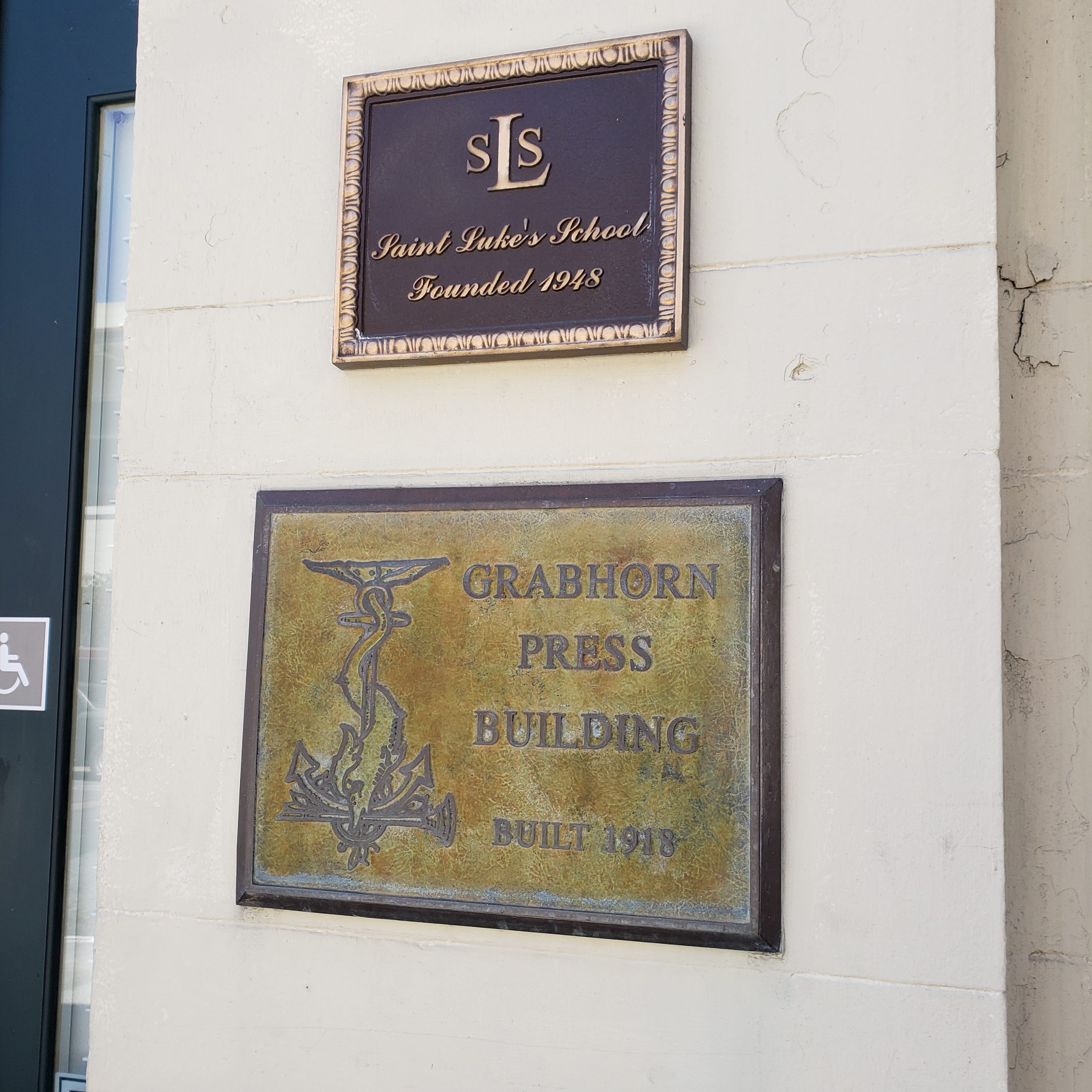 In March 1997, 1335 Sutter was recognized for its significance and listed on the National Register of Historic Places.

When the Grabhorn Press closed in 1965 due to Edwin Grabhorn’s failing health (he passed away in 1968), Robert Grabhorn partnered with Andrew Hoyem. Hoyem had been working with Dave Haselwood at the Auerhahn Press in San Francisco to publish the avant-garde literature of poets identified with the Beat Generation. Together, Grabhorn-Hoyem preserved and utilized the Grabhorn Press’s vast and distinctive holdings of type and equipment.

In 1974, Andrew Hoyem renamed the company Arion Press and launched a series of limited-edition books, printed by letterpress and bound by hand. Many of them were illustrated by prominent artists; some were accompanied by separate editions of original prints. To this day, the list of Arion publications is characterized by its diversity, with titles that range from ancient literature to modern classics.

To preserve the Grabhorn Press’s important legacy, The Grabhorn Institute was founded in 2000. Its mission is to perpetuate the use of two unique San Francisco businesses as a living museum and educational center: M & H Type, established in 1915, which is now one of the oldest and largest continuously operating type foundries in America, and Arion Press. Today, the three branches are co-occupants of a letterpress production facility in the Presidio of San Francisco. 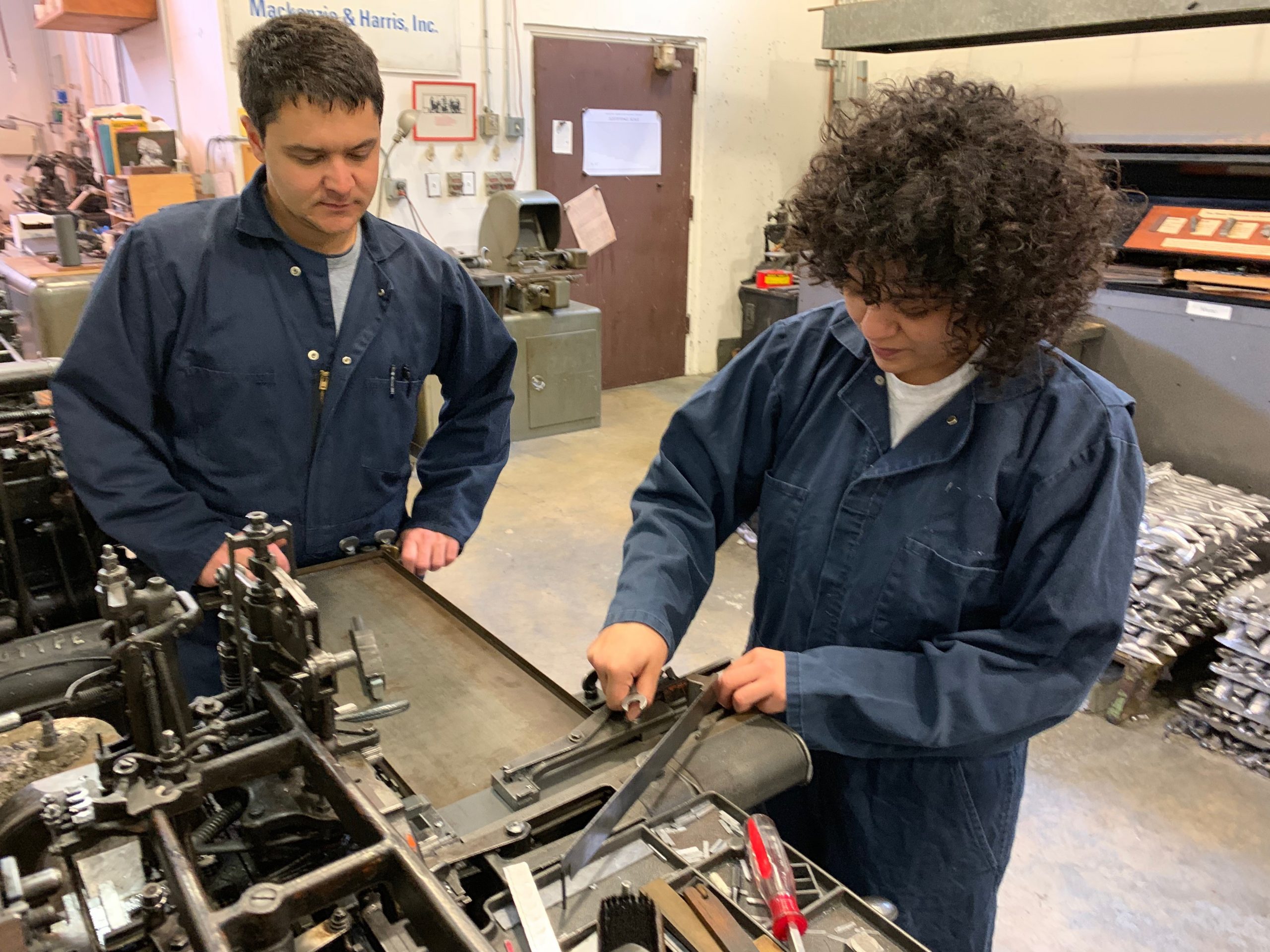 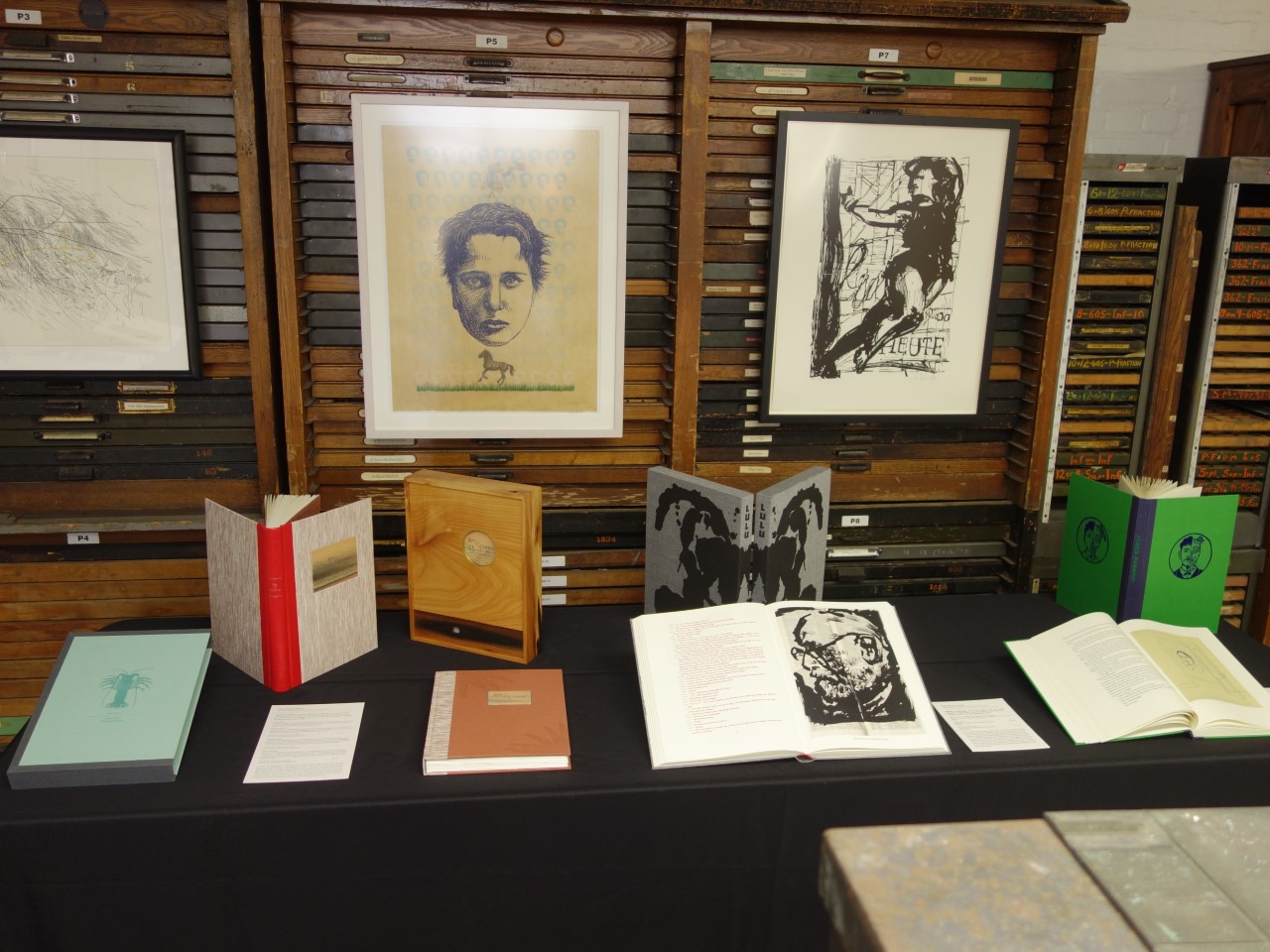 Books on display at Grabhorn Institute/Arion Press’s reopening party in May 2021, including a recent edition of The Sea of Cortez by John Steinbeck and Edward Ricketts.

Designated an “irreplaceable cultural treasure” by the National Trust for Historic Preservation, the Institute houses an extensive and historically significant collection of metal typefaces and associated ornamental cuts, and supports the only paid apprenticeship program in typecasting, letterpress printing and bookbinding in the country. It also sponsors a series of free public talks, demonstrations, and exhibits, in addition to weekly tours of the Press (see below for updates on their tours during Covid).

San Francisco Heritage has supported and promoted the living legacy of Arion Press and M&H Type in recent years. In 2019, Heritage awarded an Alice Ross Carey Preservation Grant to Arion Press to fund a new paid apprenticeship in typography, typecasting, and Monotype composition at M&H Type. That same year, through the Landmark Fund, Heritage helped add Arion Press and M&H Type (as the Lyra Corporation) to the Legacy Business Registry. The film below, created for Heritage’s 2019 Soirée by filmmaker Andy Kawanami, goes behind-the-scenes at three important legacy businesses in San Francisco, including Arion Press:

Right now, tours of Arion Press/M&H Type’s facilities are available by private request. Email arionpress@arionpress.com with inquiries about tours. To support the Grabhorn Institute, purchase Arion Press’s latest broadside of Chun Yu’s poem “The Map” or donate at this link. 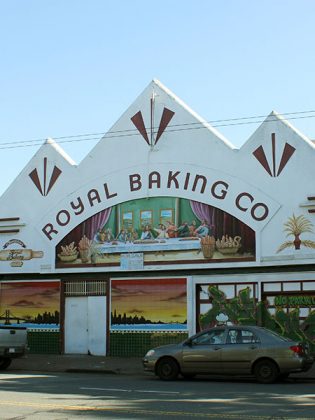