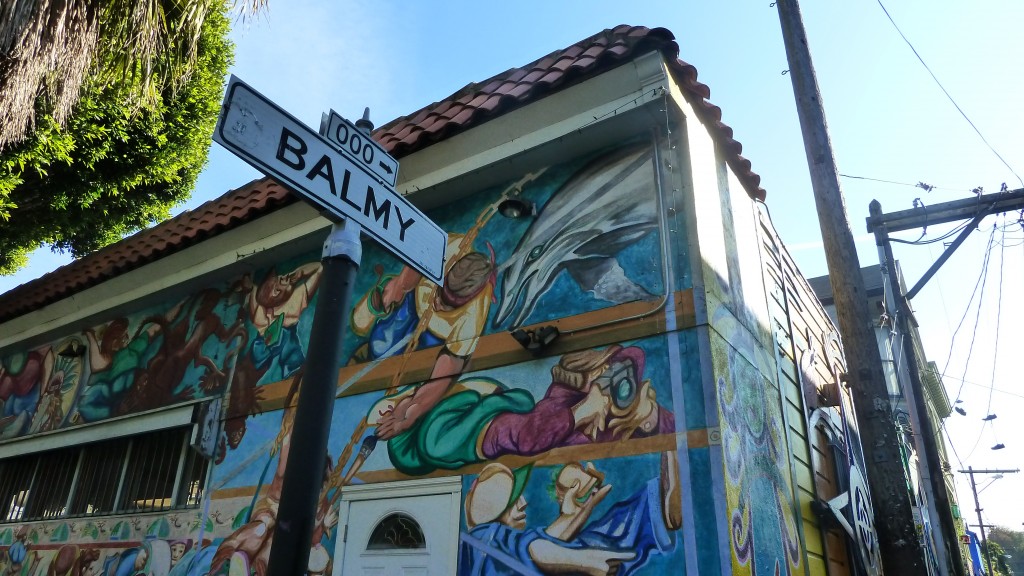 Spanning fourteen city blocks, the section of 24th Street bounded by Valencia Street to the west and Potrero Avenue to the east has served as the center of Latino activism, arts, commerce, and culture in San Francisco since the 1940s. The activities and events that took place along lower 24th Street, or Calle 24, from that era to the present have created waves of social change that continue to reverberate throughout the country and the world, establishing Calle 24 as the heart of the Mission District and the hub of Latino cultural expression in San Francisco. With several churches, botánicas, and cultural events like Día de los Muertos festival taking place annually along 24th Street, the corridor is also the spiritual home of the city’s Latino community.

Community leaders have long sought to establish a program to preserve the culture and community of the lower 24th Street corridor, beginning in the mid-1990s under the leadership of then-Supervisor Jim Gonzalez in response to gentrification of the neighborhood, continuing under Supervisor Susan Leal’s tenure through the 24th Street Revitalization Committee, and also through efforts to establish an Enterprise Zone for the Mission District.

Interest in establishing a cultural district and economic development program for the 24th Street Corridor has resurfaced in recent years, however, and the local neighbors and merchants association, Calle 24 SF, is working with the San Francisco Latino Historical Society, San Francisco Heritage, the Mayor’s Office of Economic and Workforce Development, and Supervisor David Campos’ office to create such a district.

Resolution Introduced to Designate Calle 24 as a Latino Cultural District

Calle 24 San Francisco, the San Francisco Latino Historical Society, San Francisco Heritage, and the Offices of Mayor Ed Lee and Supervisor David Campos worked together in an effort to designate the Calle 24 (“Veinticuatro”) Latino Cultural District. The purpose of the designation is to stabilize the displacement of Latino businesses and residents, preserve Calle 24 as the center of Latino culture and commerce, enhance the unique nature of Calle 24 as a special place for San Francisco’s residents and tourists, and ensure that the City of San Francisco and interested stakeholders have an opportunity to work collaboratively on a community planning process, which may result in the Designation of a Special Use District or other amendment to Planning Code.

On Tuesday, May 20th , the Board of Supervisors voted unanimously in favor of the proposed resolution. A celebratory press conference to announce the district was held on Friday, May 23rd at Harrison and 24th streets.

Calle 24 is the heart of the Mission District and the hub of Latino cultural expression in San Francisco, as the district has served as the center of Latino activism, arts, commerce, and culture in San Francisco since the 1940s. It is representative of significant artistic and social movements that reflect the history of Latinos in San Francisco, the state of California, and the country as a whole. From the establishment of Galeria de la Raza, to serving as ground-zero for the Central American Solidarity Movements of the 1970 and 1980s, the activities and events that took place along Calle 24 during the second half of the 20th century have created waves of social change that continue to reverberate throughout the country and the world. The Calle 24 Latino Cultural District will help to recognize the contributions that San Francisco’s Latino community has made to the arts field, social justice organizing, and community-building.

Click here to read the full resolution. For more information about the history of Calle 24, please click on the button below or view the self-guided bilingual walking tour booklet, “Calle 24: Cuentos del Barrio.”