From OpenSFHistory’s extensive (and growing) collection, spanning the 1910s to 1970s.

What’s up with the blue water tower?

What are your favorite places in the Excelsior?

The Excelsior District has existed on San Francisco maps as far back as 1869, when the Excelsior Homestead Association filed a plat map with the city defining the neighborhood’s street grid and distinctive “around the world” street-naming pattern. Paris and Prague, Russia and Brazil, are all steps from each other on the avenues and streets held within the neighborhood’s boundaries of Silver and Geneva Avenues, Mission Street and McLaren Park. 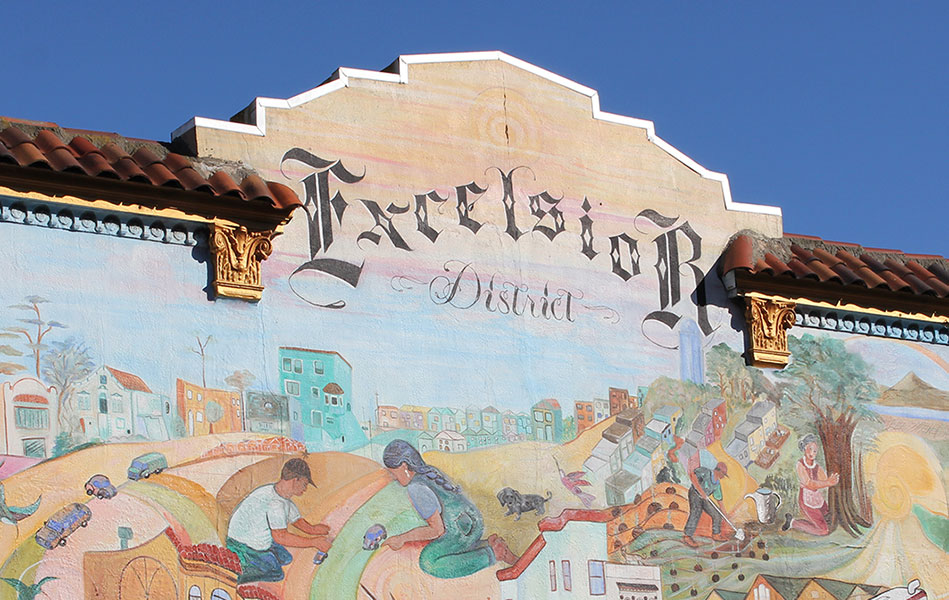 The Excelsior’s cultural, commercial, and architectural profile has historically been as wide-ranging and diverse as its globally-inspired street names. In the late nineteenth century, farm and dairy workers of Irish, German, and Italian descent occupied humble cottages around cultivated fields and nurseries. Built in what was considered more of a suburb of the city than a section of San Francisco proper, a few of these early houses can still be found throughout the district. The agricultural nature of the Excelsior transitioned slowly to that of an urban neighborhood after the 1906 earthquake and fire. People from other parts of the city, displaced by the disaster, found new homes in the Excelsior and were supported by increased streetcar service improving accessibility to jobs downtown and on the waterfront. New rows of Victorian homes were built on the rising hillside east of Mission Street while neighborhood-serving businesses opened on the old county road and Geneva Avenue. 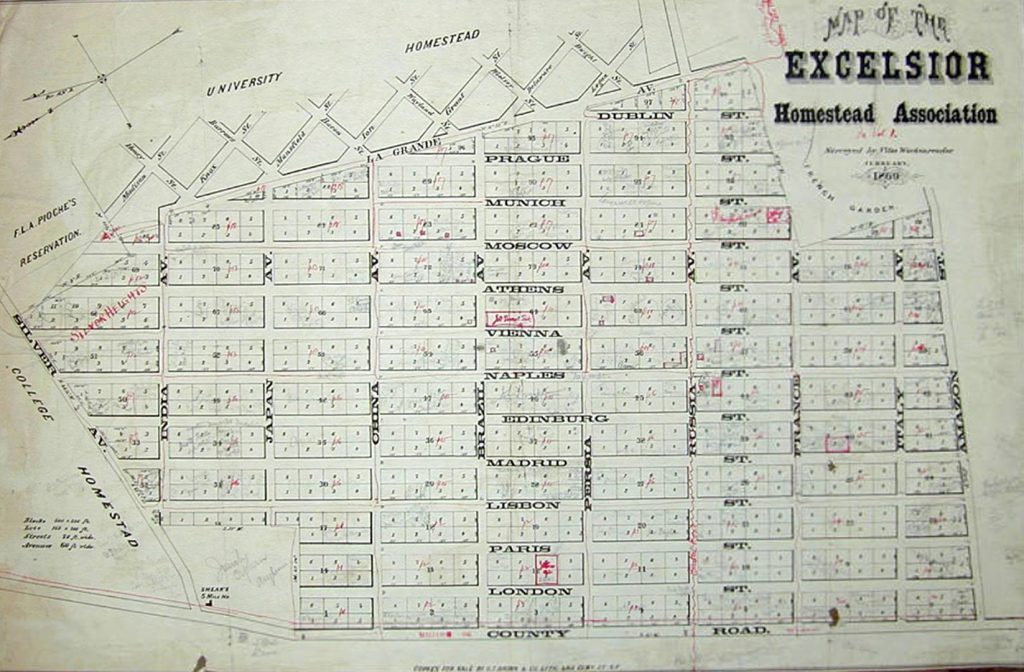 By World War II, the Excelsior was a respected working-class neighborhood with Italian delicatessens, a Jewish home for the elderly, two large movie theaters, churches of different denominations, and diverse ethnic enclaves, including Maltese and Ukrainian communities. Some of the neighborhood’s most distinctive architecture, built from the 1920s through the 1950s, are commercial structures and social halls in Art Deco and Modern styles.

Since the 1970s, the Excelsior’s character has predominately been influenced by Latin American and Asian communities—Mexican, Salvadorian, Filipino, and Chinese—and their significant cultural legacies to the neighborhood are embodied in many Excelsior churches, businesses, and social groups. 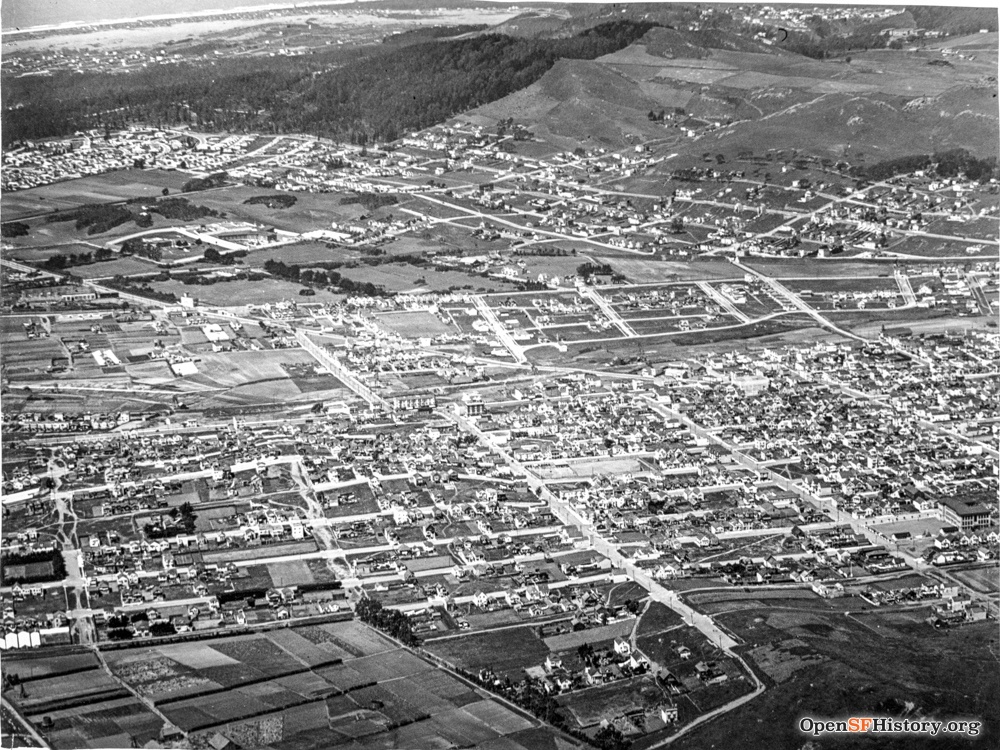 This circa 1923 aerial looking west over the Excelsior shows agricultural fields and nurseries still mingled with developed areas. (OpenSFHistory / wnp27.0542.jpg).

Jerry Garcia’s first home at 121 Amazon Avenue. While we were looking forward to celebrating… Read More

By Kerri Young, with research assistance from William Beutner It all started with a photograph… Read More