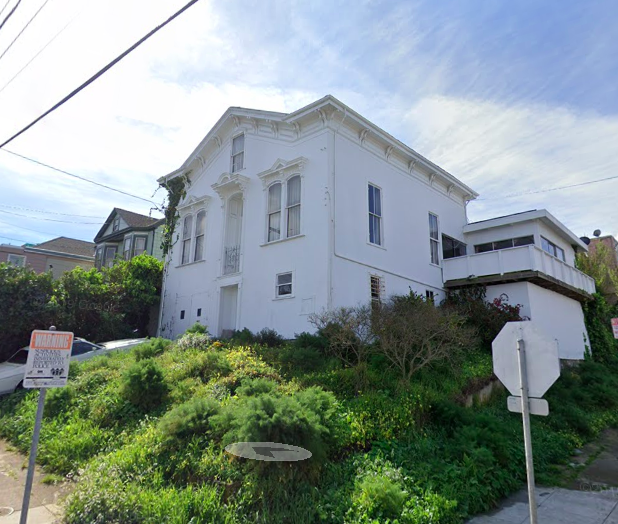 We have had inquiries about 400 Peru Avenue at the corner of Naples Street in the Excelsior District. A few years ago someone called to ask if the alterations and additions to the building had compromised its potential to be listed as a City Landmark. The building has lost much of its integrity, but further research may disclose some associations in its past to enhance its history.

The building appears today to combine a 19th century original portion with a modern addition to the side and rear. But an inspection of the 1915 Sanborn Fire Insurance map shows the footprint of the rear feature already in place. So this rear portion was more humble than the main part of the house, which is typical of the 19th century rear add-ons to farm houses. Before the two neighboring lots were carved out of the rear yard along Naples, the lower rear section of the building led to a large barn. 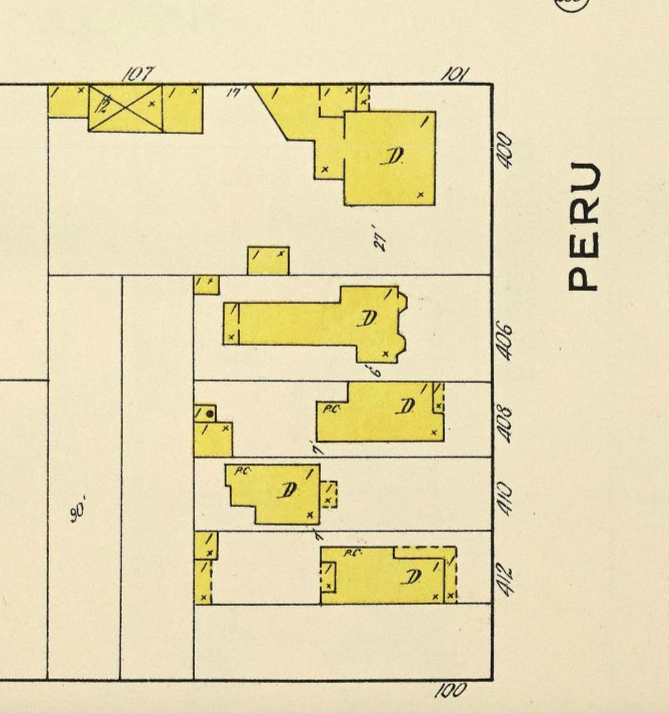 Detail of the 1915 Sanborn Fire Insurance Map, featuring 400 Peru and visible rear-portion of the house.

It is possible to get clues about the vintage of this house. It is a simple block form with a center entrance. The roof has a center gable over the entrance. The house is modeled on the Italianate manor house, the earliest style found in San Francisco. This house represents a very humble cousin of the Casebolt House at 2727 Pierce Street, City Landmark #51. The Casebolt house was built in 1865, so it is possible that 400 Peru was built as early as the 1870s. The ornamentation is an outstanding feature and it extends around the whole building which was free-standing. The old front entrance and flanking double side windows have beautifully detailed bracketed projections above windows with arced upper sashes. These details along with the double brackets following the eaves are characteristic of the Italianate period. 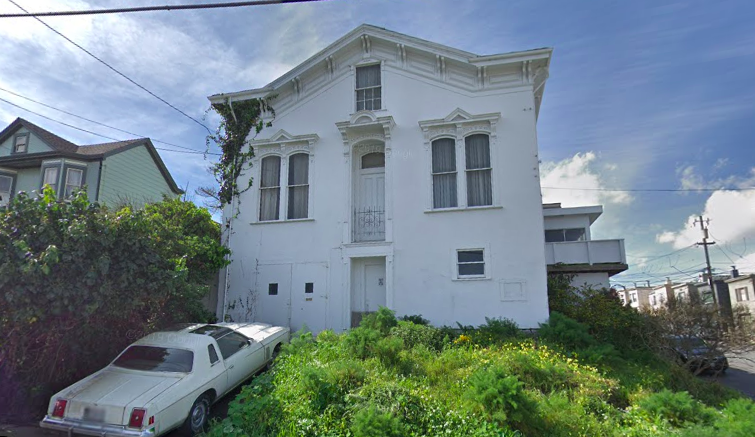 Front-view of the house at 400 Peru, on Google StreetView. 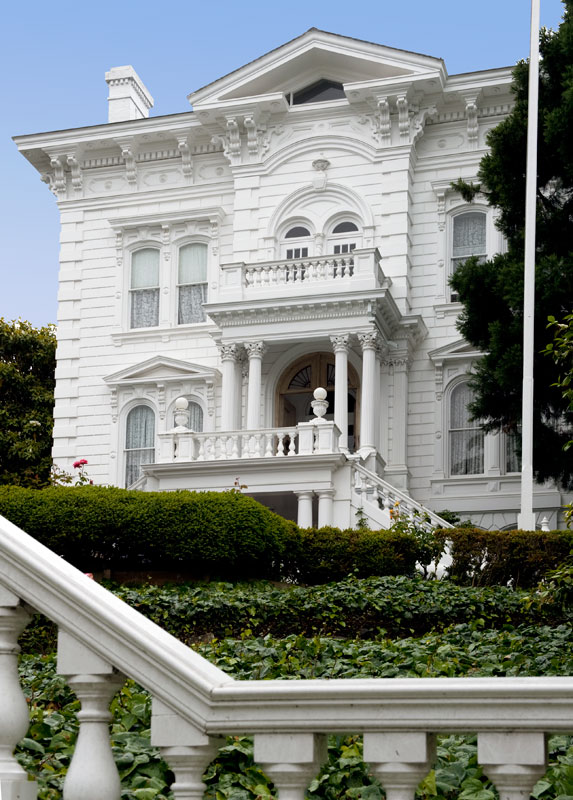 The Casebolt House at 2727 Pierce Street, in 2010. When Henry Casebolt built his Italianate manor house in 1865, Pierce Street was a country road leading through Cow Hollow to Washerwoman’s Lagoon. Mr. Casebolt was a Virginia blacksmith who had brought his wife and eleven children to San Francisco in 1851. Photo courtesy of Noehill.

The house at 400 Peru exhibits all the scars of its history. The basement level was developed into usable space, with a garage and relocated front entrance. The historic garage door is a very early vintage, perhaps the 1910s or 1920s. In order to activate the garage level, the imposing front stairway to the original front door above was eliminated, leaving the front rather barren. At some point the attic was made into usable space, perhaps with some compromise to the high ceilings on the main floor. Two disparate dormers were added to the east side roof. One dormer has a half-round upper sash and the other wider dormer has a metal slider window. The rear portion of the building has the appearance of 1960s work, with vertical wood siding and large sliding doors.

400 Peru still has a story to tell. We must keep in mind that it started life as 400 India Avenue. Why the street name changed is not a mystery, but another story. Stay tuned.