As people around the world continue to celebrate Passover during these extraordinary times, we would like to share another recipe from Bertha Haas’s personal cookbook: Matzoth Charlote. An example of a Passover dessert, this once-popular European dish is a type of cake. Like many 19th century recipes (and especially those from handwritten family cookbooks), Mrs. Haas does not include many of the step-by-step details that modern cooks are used to. We have provided the direct transcription for those who would like to try to make the dish as Mrs. Haas might have made it, and we’ve also included a modern version of the recipe. Whatever your preference, this is a great opportunity for Passover cooks to continue a long tradition of preparing dishes from scratch!

To read more about the history of the cookbook itself, as well as a recipe for Mrs. Haas’s Black Bread Torte, see last week’s post. 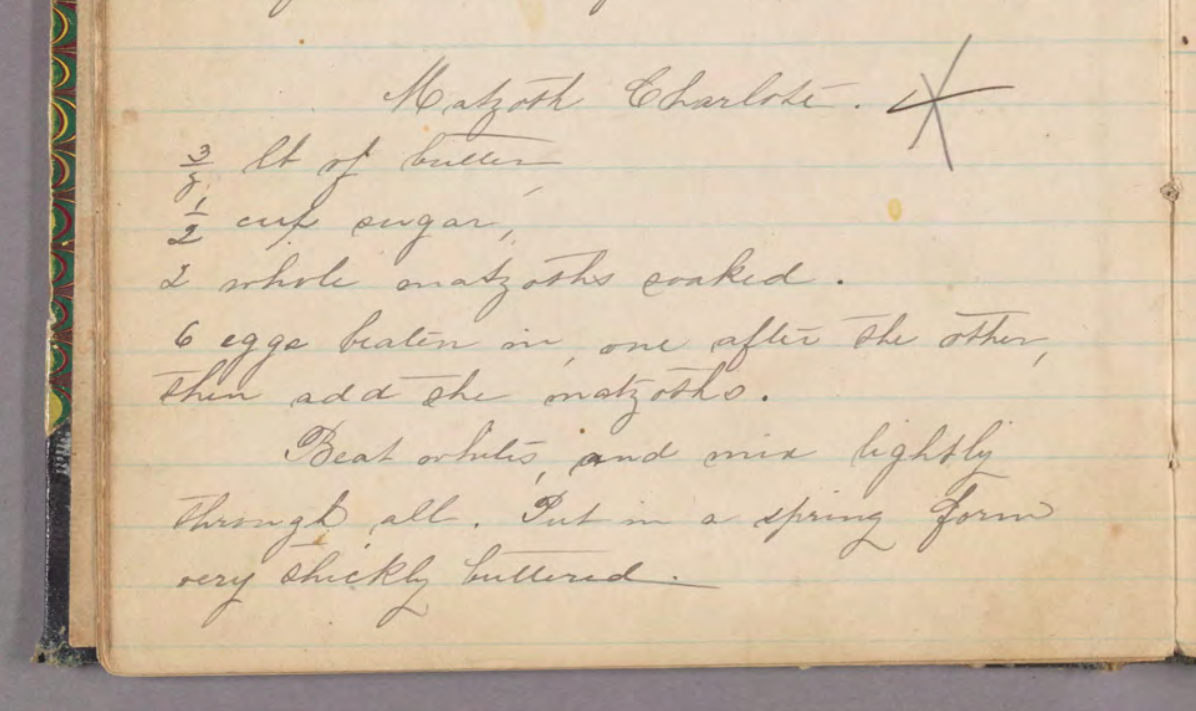 3/8 lb of butter
1/2 cup of sugar
2 whole matzoths soaked
6 eggs beaten in one after the other then add the matzoth.

Beat whites and mix lightly through all. Put in a spring form very thickly buttered

Butter large baking pan. Beat egg yolks; add sugar then matzos which have been soaked and squeezed out, and other ingredients. Last, add beaten whites. Save some almonds to use on top to decorate. Bake in preheated oven at 300 degrees for 1 hour (Recipe from cooks.com).

A Recipe from Bertha Haas’s Cookbook