While the official plat map of the Excelsior District from 1869 has the eastern boundary at Mission Street, neighborhood identity is more flexible than cartographic denominations. This year the Royal Baking Company building may be the first official City Landmark designated within the Excelsior District proper, but a notable one already stands a few dozen yards west of Mission Street. 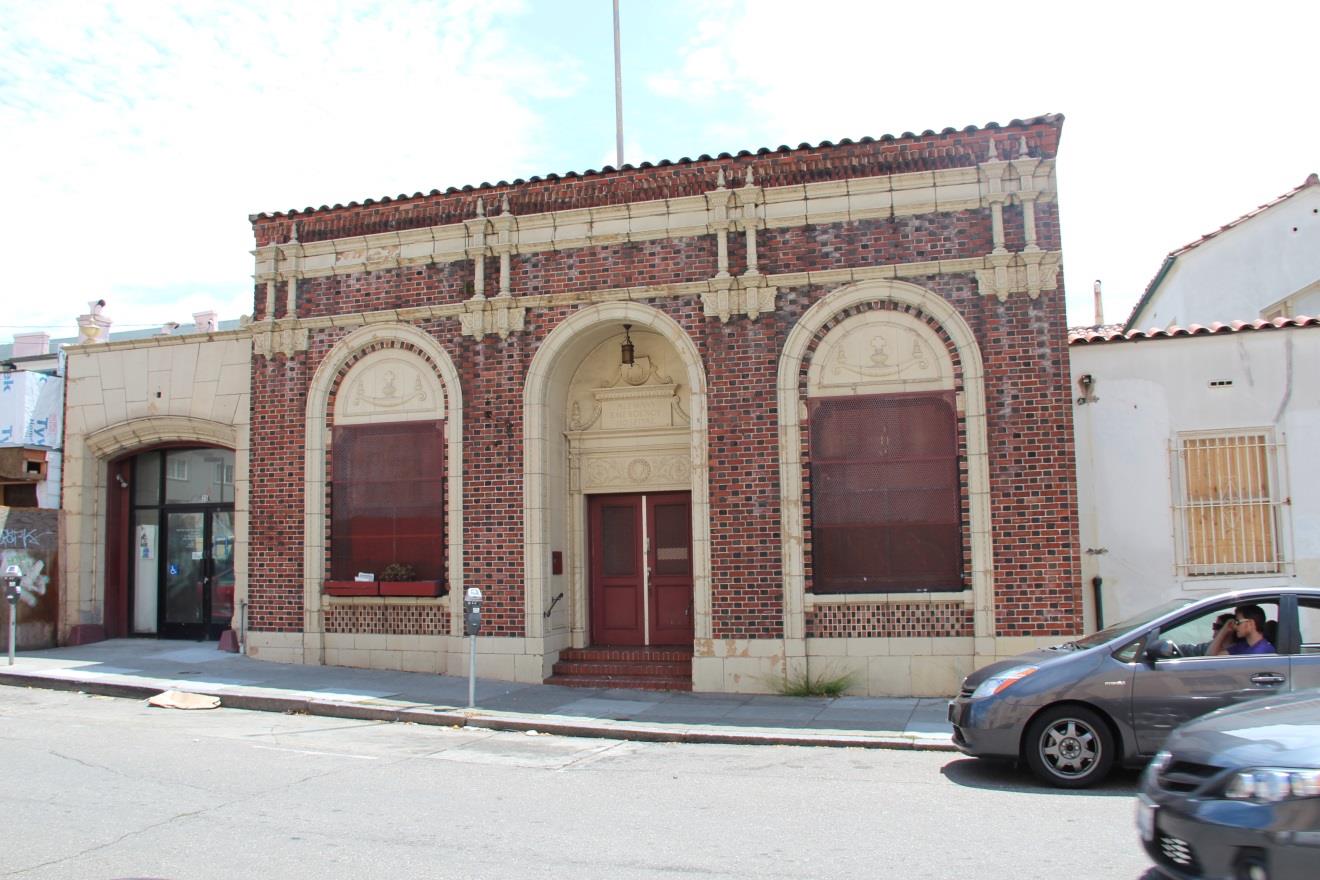 In 2016, the Board of Supervisors approved the Alemany Emergency Hospital and Health Center buildings at 35-45 Onondaga Avenue as City Landmark #272. The two 1933 structures—one brick-clad with cream-colored terra cotta sections and ornament; the other a stucco Mediterranean Revival building with a tower—date from when hospital emergency rooms were rare and San Francisco’s response to the need for urgent care were county-run neighborhood outposts.

The city’s highly-lauded and free emergency service system featured a number of these small-scale neighborhood hospitals staffed by surgeons and nurses who administered first aid and dealt with myriad accidents. Those diagnosed with more serious illnesses and injuries transferred via ambulance to private hospitals or San Francisco General Hospital. 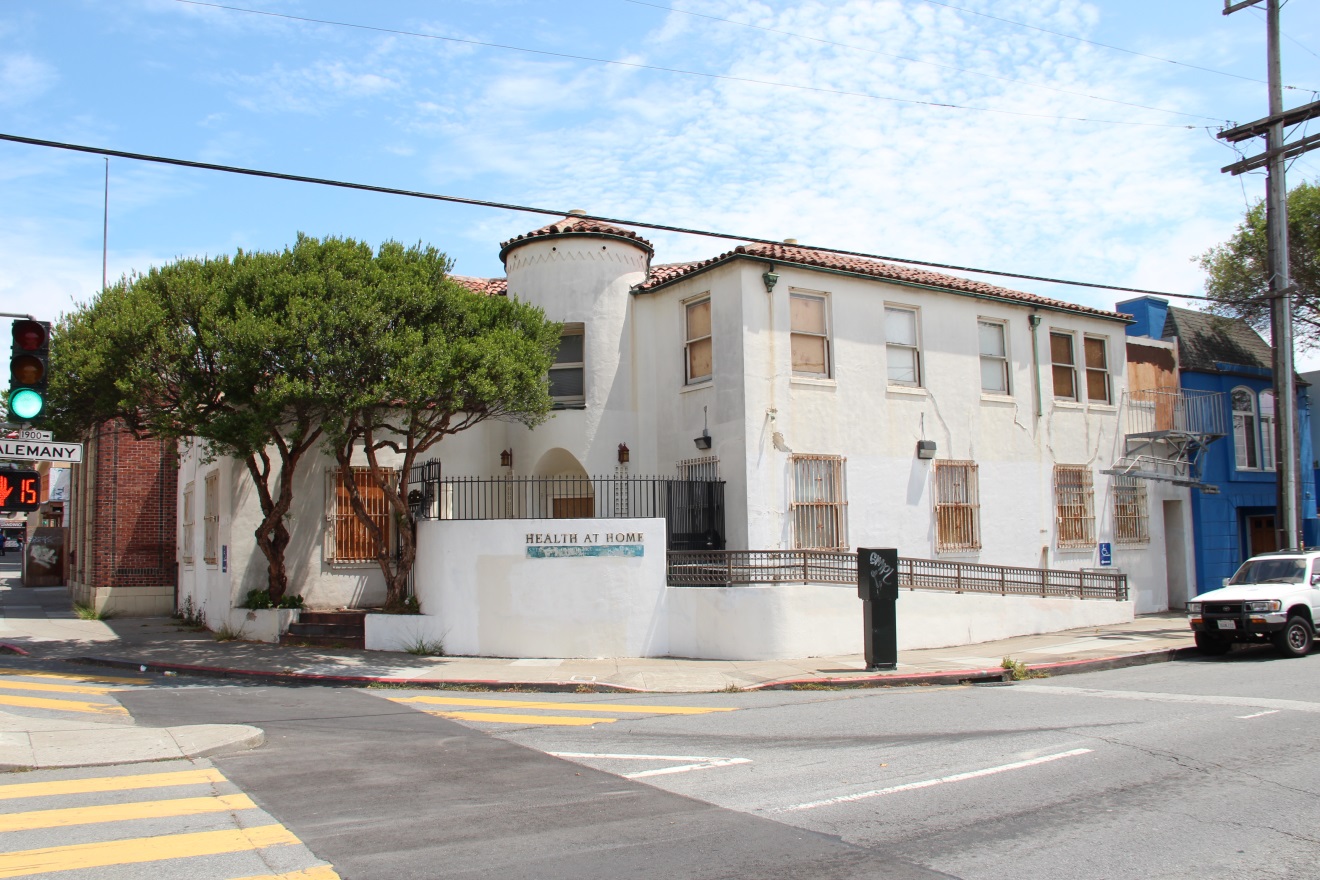 In addition to Alemany, there were Park Emergency Hospital (City Landmark #201) on Stanyan Street, Harbor Emergency at the waterfront, and Central Emergency at the Civic Center on the corner of Grove and Polk. Other emergency support services were conducted at the old Fleishhacker Pool building at the zoo, Mission Health Center (3000 24th Street), and the Potrero Police Station (2312 3rd Street).

The landmark designation includes a descriptive excerpt from a 1963 issue of the San Francisco City Employees Digest on the types of cases each hospital would receive:

“Harbor has many serious cases—stevedores who have been injured on the job or waterfront prowlers who have been brawling. Park, especially over the weekends, handles dog bites, tick bites, and children who have fallen from swings. Alemany has domestic accidents, but the crew out there will tell you that when they get an auto accident ‘it’s a lulu.’ That’s because the number of boulevards—Bayshore Highway, Alemany Boulevard, Sloat Boulevard and Nineteenth Avenue—allow drivers to get up considerable speed before they smack into each other.” 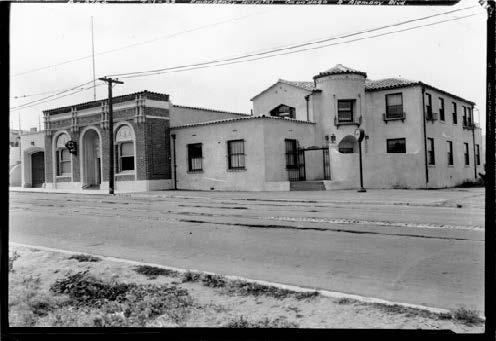 City architect Charles H. Sawyer designed the two Alemany buildings and gave the complex a varying treatment to differentiate the uses. The Spanish Baroque hospital and ambulance bay is elaborate, ornate, and stands out as a civic building of grandeur despite its modest footprint. The health center is more welcoming, appearing more like a residence. The landmark report compares the effect to “that of a medieval Mediterranean hilltown house that was built in stages over time.” The recessed corner entry is inviting and inside a lobby with a vaulted ceiling and fireplace solidify a home-like atmosphere. The health center conducted prenatal and post-partum classes for mothers, administrated immunization programs, and offered various non-emergency healthcare services. 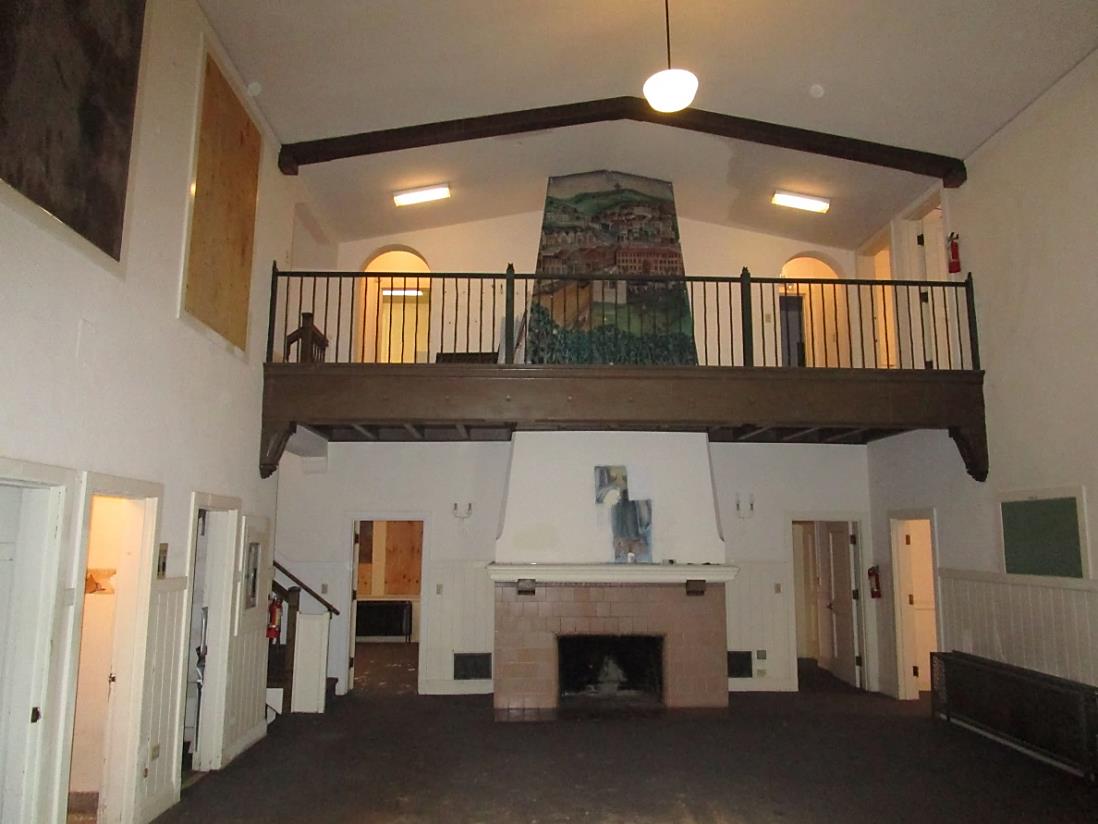 Bernard Zakheim, a notable artist responsible for the Library fresco inside Coit Tower as well as works in the Jewish Community Center and Toland Hall at UCSF, created two frescoes for the Alemany Health Center. Community Spirit and Growth were painted in 1934 with funding from the New Deal Public Works of Art Project (PWAP). Zakheim employed themes of maternal health and neighborhood life and added characteristics of the surrounding landscape, from Mount Davidson to a sandlot baseball game. The downstairs fresco, with its birthing imagery was unfortunately painted over at some point in the 1970s. 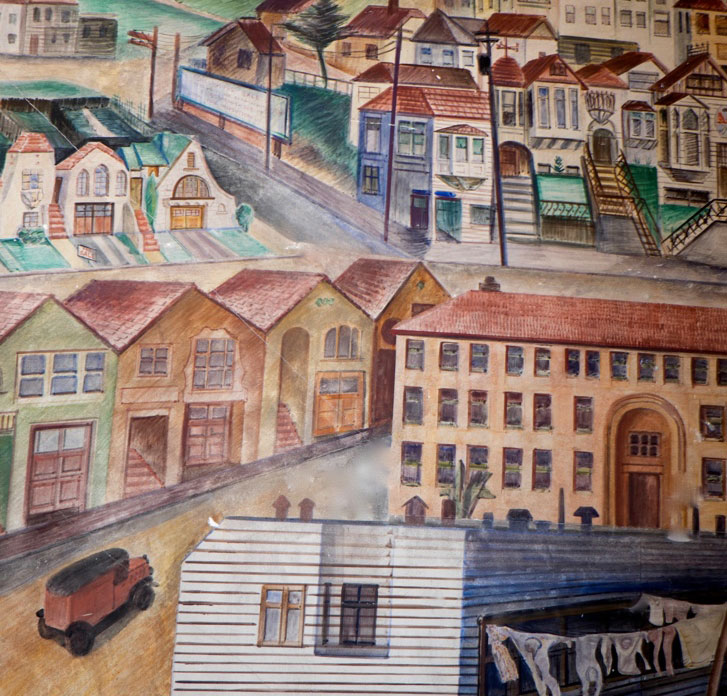 The system of outpost emergency hospitals, which provided free medical care to the city’s residents for decades, ended in 1978. The Alemany Hospital and Health Center was tagged for closure, but the neighbors didn’t let it go without a fight. Members of the Communities of the Outer Mission Organization (COMO) held a six-week sit-in of the center in protest and even attempted to provide the first aid and emergency care work being cut. The ambulance service at 35 Onondaga Avenue lasted until 1980, but from 1982-2011 the complex was leased out to first to St. Luke’s then to St. Mary’s Hospital.

When the buildings were left vacant and abandoned after St. Mary’s closed its Adult Day Health Center in 2011, the neighborhood community stepped up again in support of the site. Led by Lisa Dunseth, the New Mission Terrace Improvement Association sponsored the Article 10 Landmark Designation adopted by the city in June 2016. (Read the full landmark report.)

Clinic by the Bay is now planning a move to 35 Onondaga Avenue and as a nonprofit offering free healthcare to the working uninsured, should be a worthy successor of the Alemany Emergency Hospital. The buildings at 45 Onondaga are also set to be activated again soon as well, with the organization ArtSpan leasing the space as a community art center that includes open studio space.