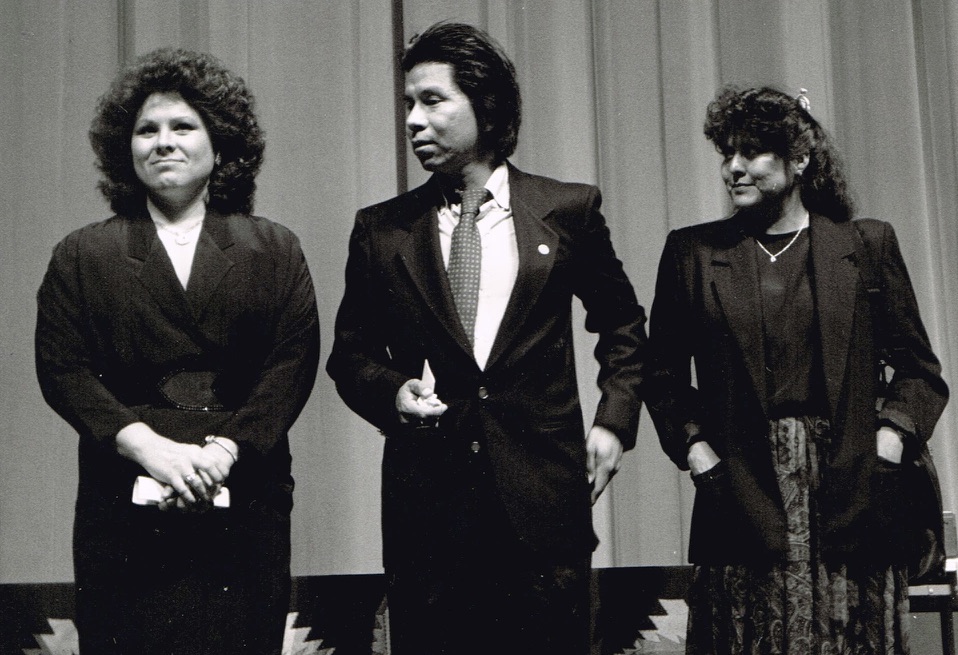 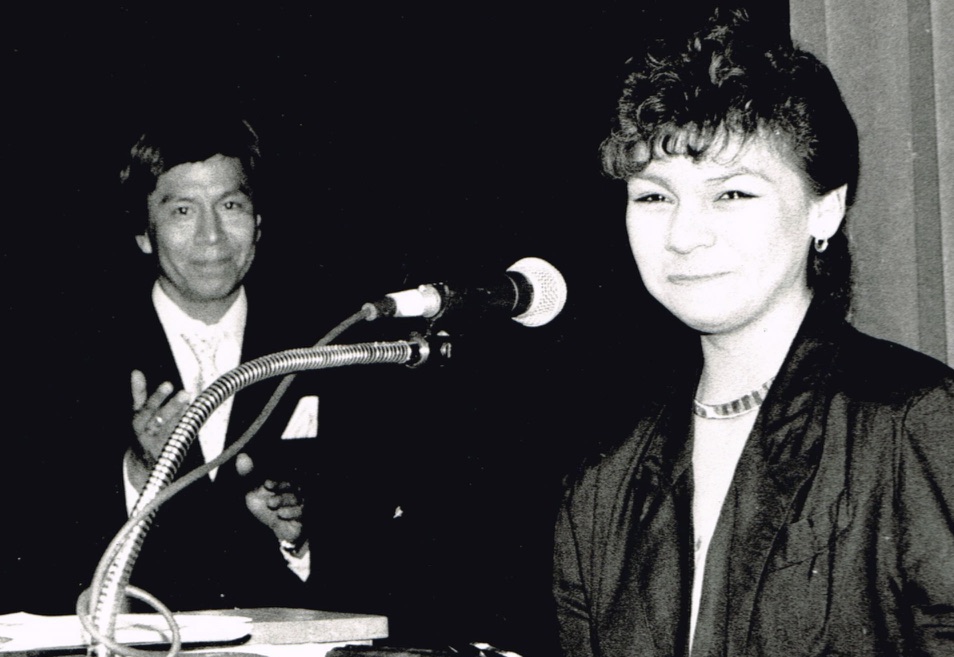 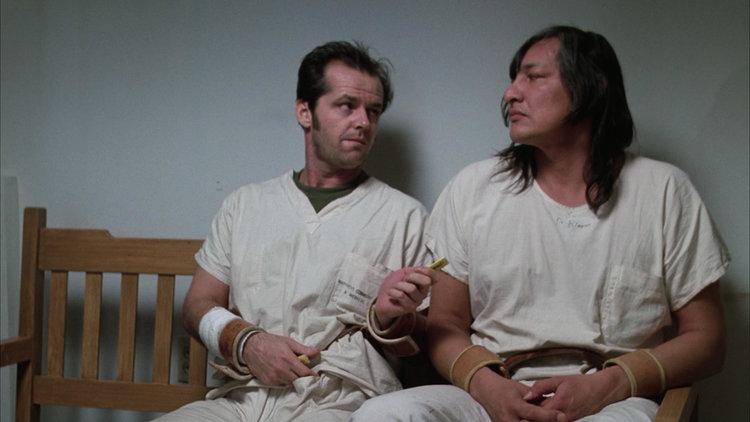 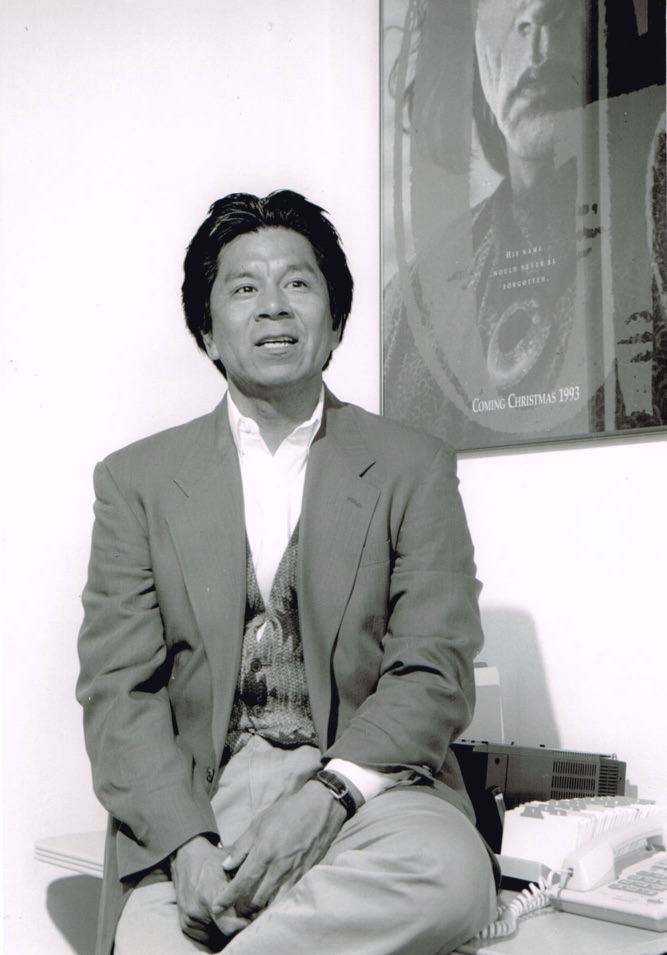 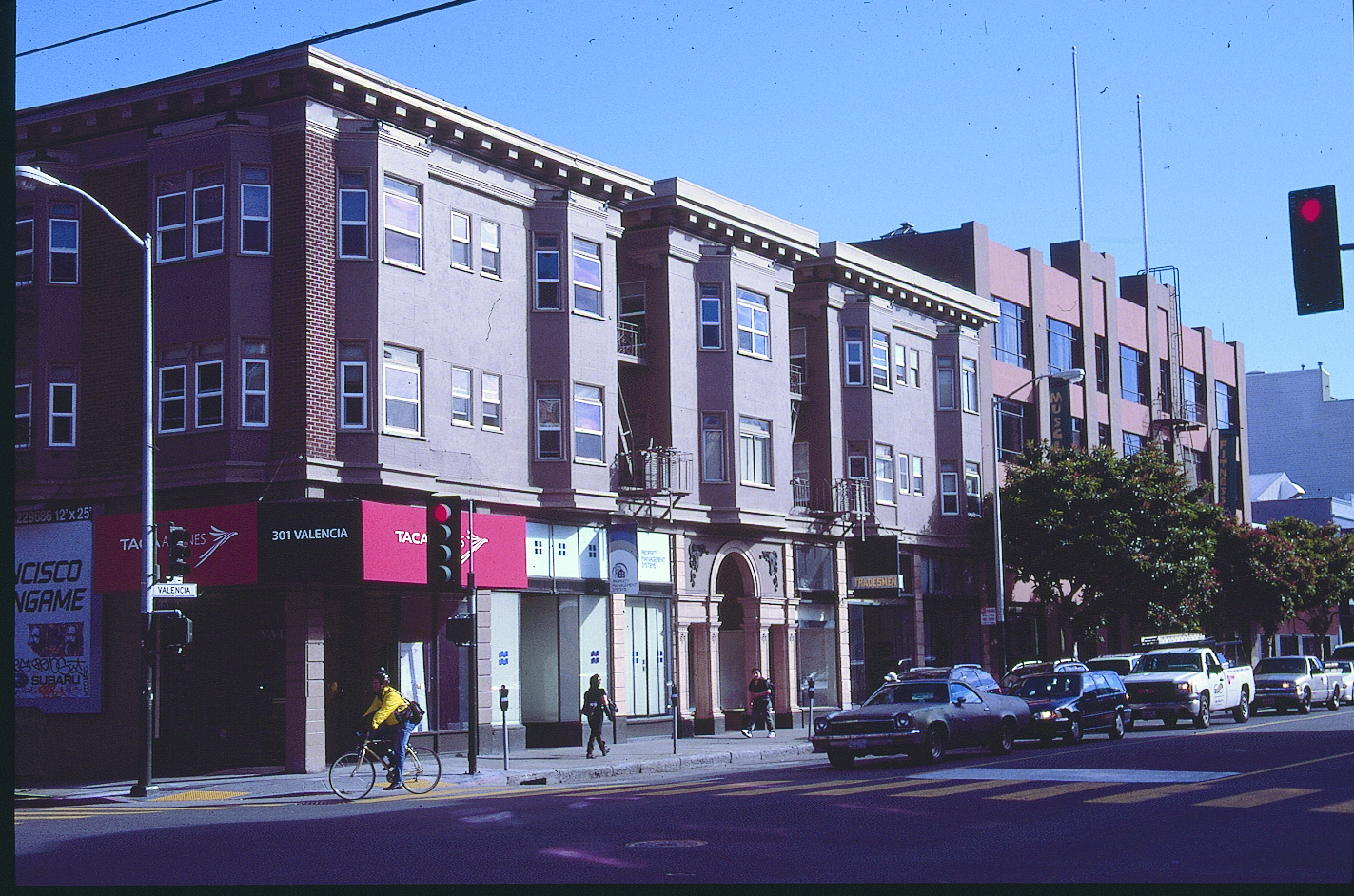 Mytia Zavala takes the stage with her daughter at the Brava Theater during the 43rd Annual American Indian Film Festival. Courtesy of Mytia Zavala.