The 1970 United States Census showed a small but notable change in the Excelsior District’s ethnic make-up. The majority of the residents identified as White (57%), many of Italian ancestry. The second-ranked category, Latin (29%), reflected the many Central American and Mexican families that had moved in during the 1960s. The third largest population, far behind, but growing, were Filipinos at 6%. Over the course of the next decade, the Excelsior would become known as one of the significant Filipino neighborhoods of San Francisco. 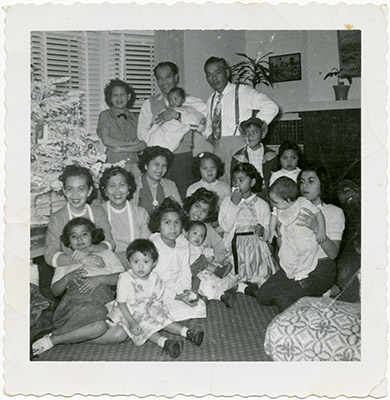 The families of two men who served in the military together celebrating Christmas in the Excelsior in 1958. (Kodakan Photo Day, Shades of San Francisco, San Francisco History Center, San Francisco Public Library, SFP78-007-136)

In 1977, Excelsior barber Caspare La Rosa noted the shift, marveling to a reporter that in his working-class neighborhood he saw upwardly mobile Filipino families “pay cash for the houses they are buying.”1

There were two big reasons for the arrival of Filipino families to the Excelsior, one local and the other national. Manilatown, the city’s Filipino enclave along Kearny Street between Bush and Jackson Streets, which by one count had 27 Filipino restaurants operating in the 1940s, was being greatly diminished by urban renewal and redevelopment.2 The symbolic, if not actual end, of Manilatown was the 1977 forcible eviction of residents, many senior Filipinos, from the International Hotel. South of Market became a more significant hub of Filipino culture and remains so today, while the Excelsior District, and Daly City just over the county line, became the locus of Filipino families looking to move out of the city core for a house and a yard.

Nationally, amendments to the U.S. Immigration Act in 1965 abolished quotas based on national origins, which had previous limited countries such as the Republic of the Philippines to just 100 immigrants per year. Eastern Hemisphere countries were instead allowed 20,000 per year and the Philippines sent the maximum number through the 1970s. Filipino immigration to the United States increased 950% from 1965 to 1974, with only Mexico sending more people in that time.

Filipino communities swelled in cities like San Francisco across all socioeconomic levels. Two-thirds of these new arrivals came from professional classes, and the affordable single-family houses of the Excelsior with a small core of Filipino-serving churches and business, became an attractive destination in the city. 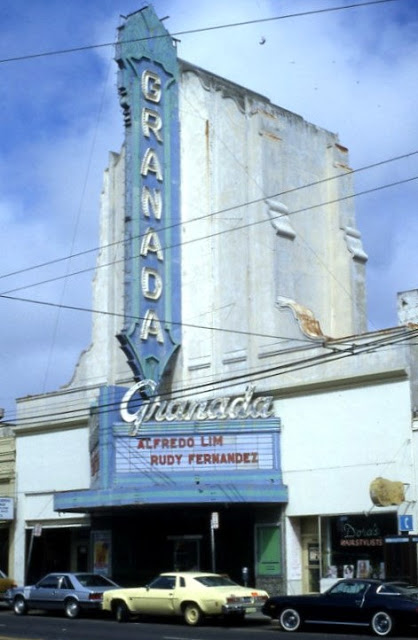 The Granada Theatre in the early 1980s when it showed Filipino films. (Courtesy of San Francisco Theatres blog)

In the 1970s, the Amazon Theatre at 965 Geneva Avenue, then named the Apollo, began showing Filipino films. So did the Granada Theatre on Mission Street, run by the Lim family. In the early 1980s, several small markets specialized in products from the Philippines, including Bulakena Grocery at 4995 Mission, across the street from Manila Florist. Many of these businesses ran thriving sidelines in Filipino video rentals and CD sales.

Struggling Excelsior institutions were revitalized by the growing Filipino community. The Catholic Church of the Epiphany at 827 Vienna Street originally served Irish, German, and Italian Catholics, who were leaving the city or the church in great number over the 1980s. In the 1990s, when the archdiocese was closing parishes, Epiphany was bringing in an average of almost 4,000 people to mass each week, the most in the city. Father Bruce Dreier, an Epiphany priest at the time said, “We survived the demographic change because of the Filipino population.”3 Nearby Corpus Christi Church experienced a similar resurgence. 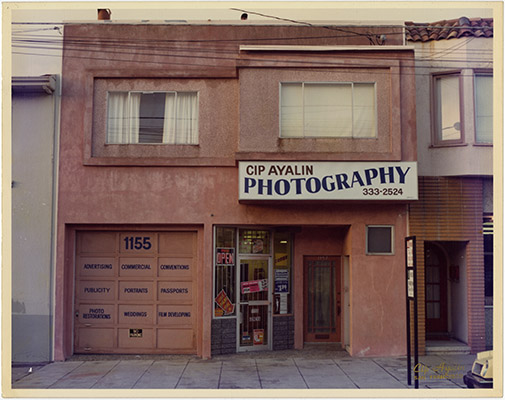 By the turn of the twenty-first century, Filipino business, social activity, and family life were solidly established in the Excelsior. The Filipino Community Center opened in the Excelsior District at 4681 Mission Street in 2004. Filipino students made up more than a quarter of Balboa High School’s population in 2000, and community leaders campaigned to have the school renamed to recognize Violeta Marasigan, a prominent social worker and activist in both the Philippines and San Francisco.4 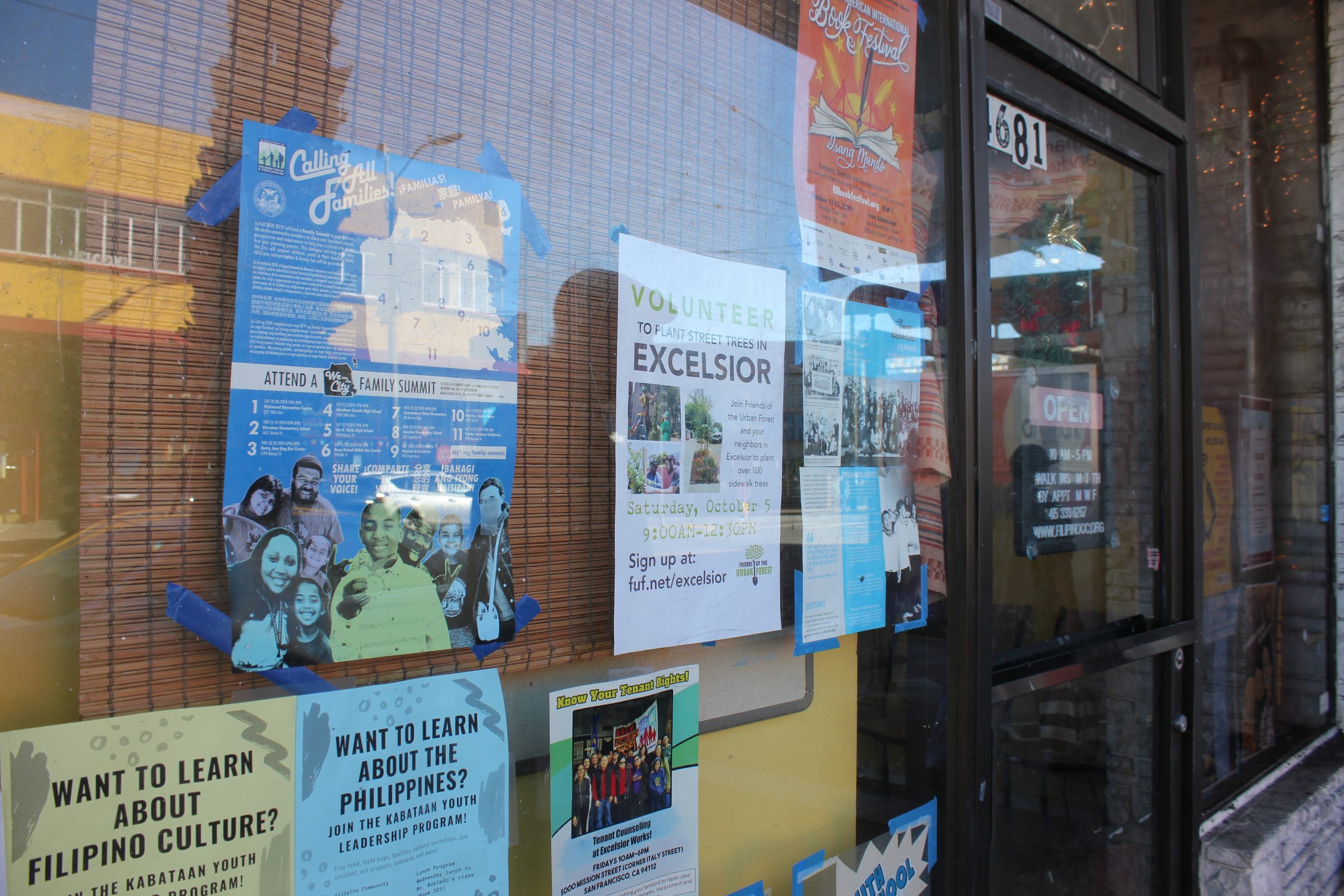 Window of the Filipino Community Center at 4681 Mission Street, 2019.

In 2018, director H. P. Mendoza gave the Excelsior a supporting role in his dark comedic tale, Bitter Melon, about a Filipino family conspiring to murder an abusive brother. (It’s available to watch on Tubi.)

By the time a community and place are linked in motion pictures, one can almost guarantee that connection has already begun to change. Filipinos are still a vigorous part of the Excelsior, but the first part of the twenty-first century saw many move to Daly City, San Leandro, and San Jose. The always-diverse neighborhood is shifting once more. New immigrants from other Asian countries have steadily arrived and more than half of the Excelsior’s residents today are foreign-born. 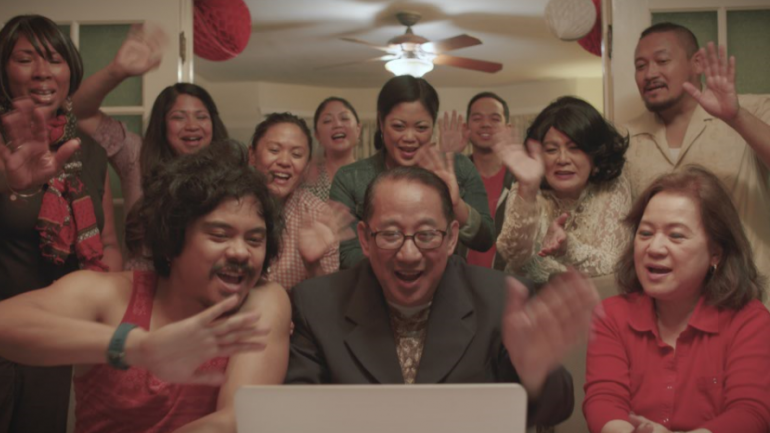 Latinx Life in the Excelsior