Heritage turns 50 years old in June 2021. As we prepare and plan for the next fifty years of preservation work in San Francisco, we are inspired and instructed by the victories, challenges, and issues face over the last half-century. The article below appeared 35 years ago in the Spring 1985 Heritage Newsletter. (https://sfheritage.org/VOLXIIINO1.pdf) 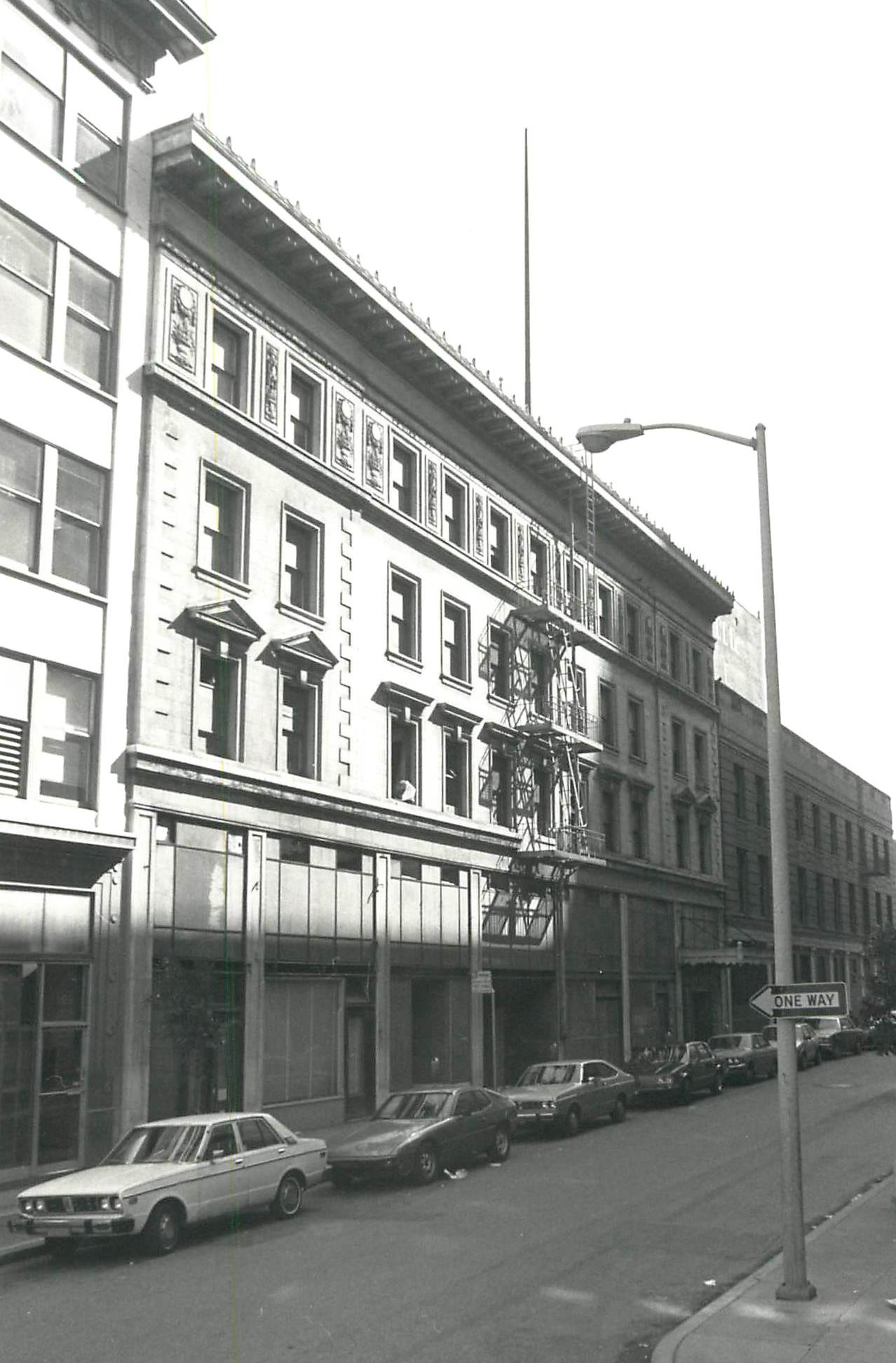 The Jessie Hotel, viewed from the corner of Annie and Jessie Streets, after closure in 1984. (Heritage photo)

Aptly described by one writer as a grimy jewel, a long obscure Jessie Street hotel appears to have escaped the San Francisco Redevelopment Agency’s plans for demolition. Located between 3rd and Annie Street, the building was originally designed in 1912 as residential quarters for employees of the Palace Hotel. Its façade was done in a classic Renaissance style. Retention of the building represents a victory for Heritage, Tenants and Owners Development Corporation (TODCO), North of Market Planning Coalition and others.

The Yerba Buena Center Plan originally proposed the demolition of all buildings east of Third Street. In 1984, Heritage convinced the agency to retain the Williams Building (SE Corner of Mission and 3rd) but failed to also bring about a modification of the plan to ensure retention of the Jessie Hotel, despite the fact that it meets the criteria for the National Register. 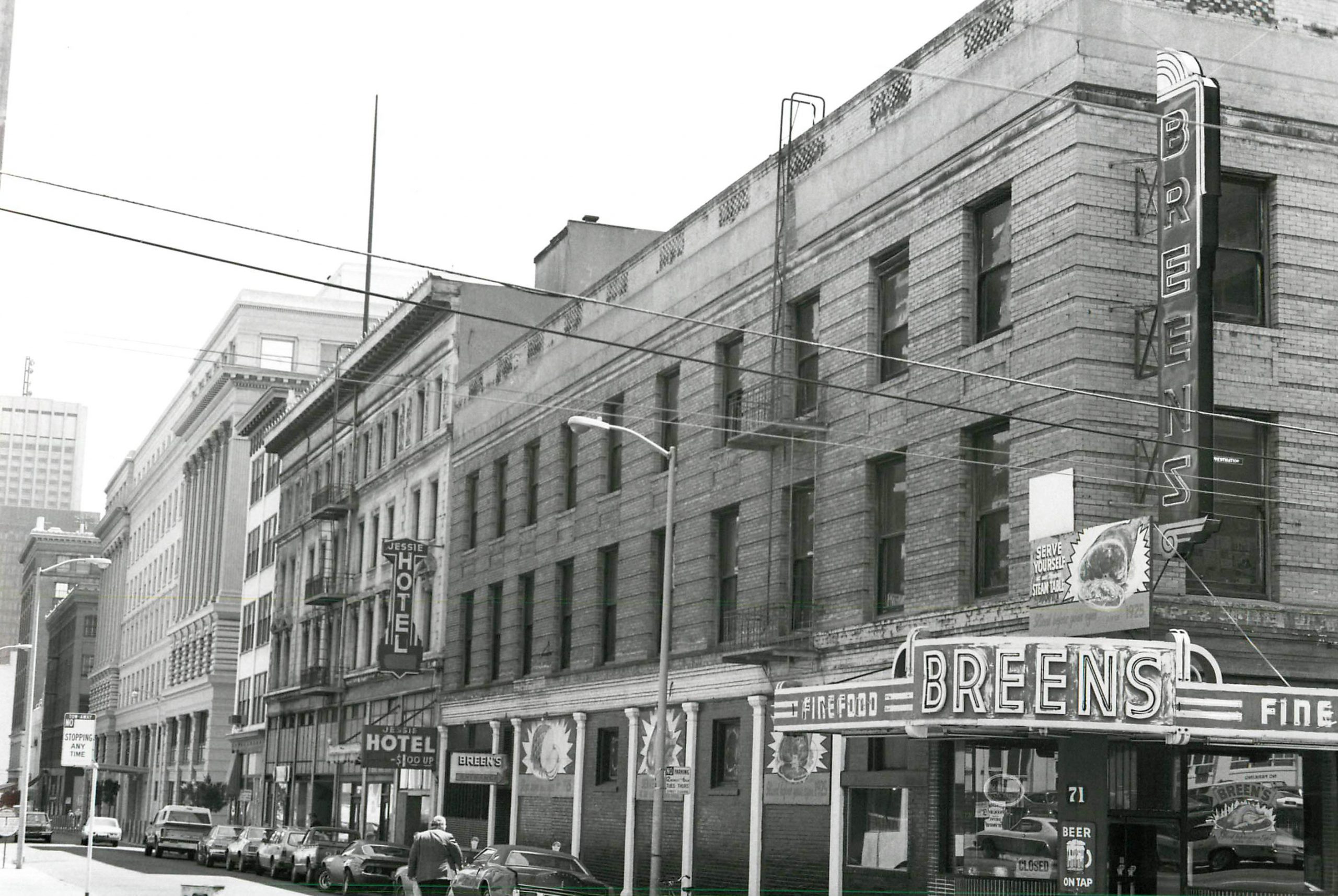 View east down Jessie Alley to the Jessie Hotel mid-block, circa 1984. Neon sign advertises rooms at “$1.00 and up.” Rents at the time were in the $30-a-night range. Breen’s restaurant on the corner of 3rd Street opened in 1925. It closed and its building was demolished as part of a redevelopment plan. (Heritage photo)

Late last year, after quietly negotiating a go-ahead to demolish the Jessie, the Agency planned to advertise for demolition bids.

Heritage and others urged the Agency to delay and sought to bring about a re-examination of the significance of the building by the Landmarks Board based on the newly available information that the hotel was designed by the Reid Brothers, architects of the Fitzhugh Building and the Fairmont Hotel. Heritage also enlisted the assistance of Supervisor Bill Maher. Treatment of the existing hotel, as well as the size of the new construction on the site under the Agency Plans, was radically inconsistent with guidelines in the proposed Downtown Plan including the proposed conservation area of historic buildings immediately adjacent to the YBC [Yerba Buena Center] projects.

Crucial to the Agency’s argument that retention was infeasible, was their estimate of costs to rehabilitate and convert the building to other uses. Heritage funded an independent engineering assessment, which found that the Agency’s estimates were inflated by over 100%. 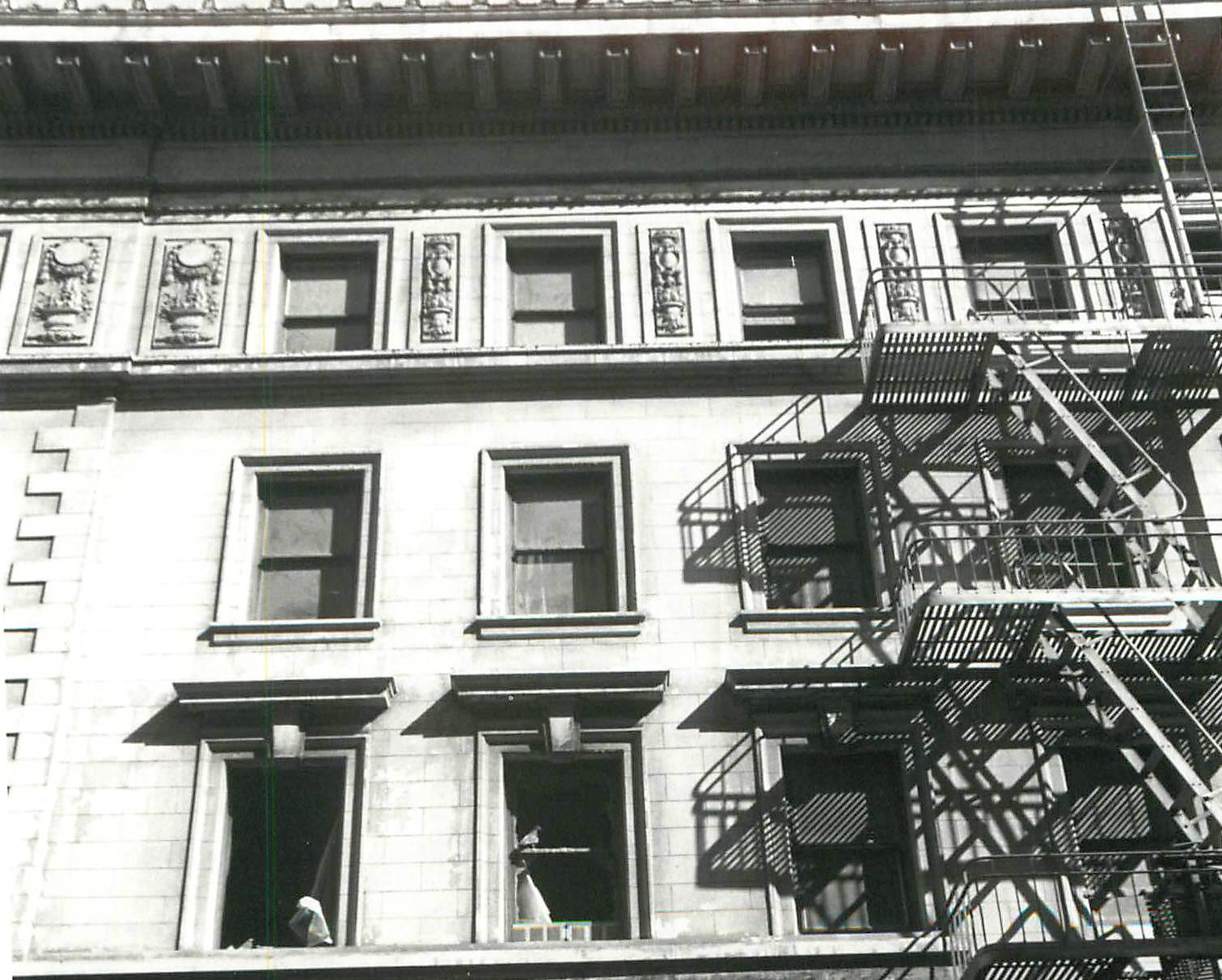 View of the upper stories of the Jessie Hotel, 1980s. (Heritage photo)

Armed with this information, and the revised position of the Landmarks Board urging preservation of the building, Heritage supported Supervisor Maher’s Resolution calling for retention of the Jessie for senior housing, long a goal of TODCO and others.

The Board of Supervisors has adopted the Resolution. Although it cannot require the Agency to retain the hotel, the Agency is expected to do so. Requests for bids to demolish the Jessie have been withdrawn at this time, and TODCO has threatened to initiate a ballot measure making the Agency subject to direction by the Board if the Jessie is not preserved. The successful efforts to change adopted policies to include retention of the Jessie again illustrate the effectiveness with which Heritage has come to represent preservation concerns in San Francisco.

As part of a 1990 development agreement to build the Paramount building on the northeast corner of 3rd and Mission Street, the Jessie Hotel building was preserved as nonprofit space. There were some further threats of demolition as the Paramount project began construction, but the former hotel building survived with a parking garage installed on the ground floor and upper floors now leased to the nonprofit At the Crossroads, a nonprofit with a mission focused on homeless youth. 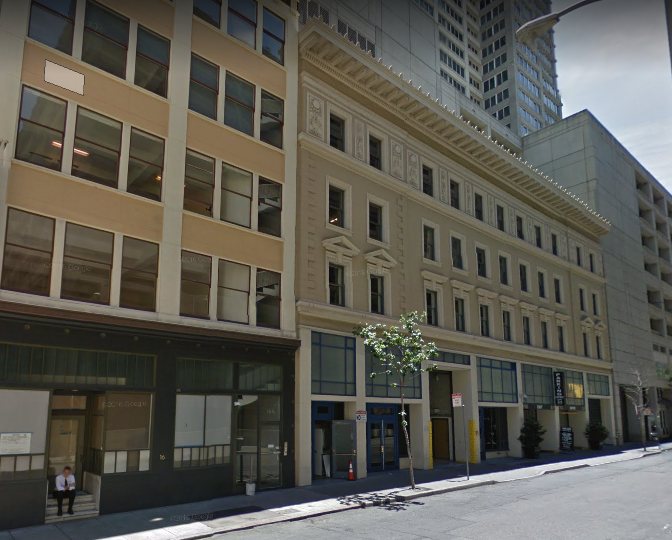 699 Paris Street, center, has stood on the corner of Italy Avenue in the Excelsior… Read More