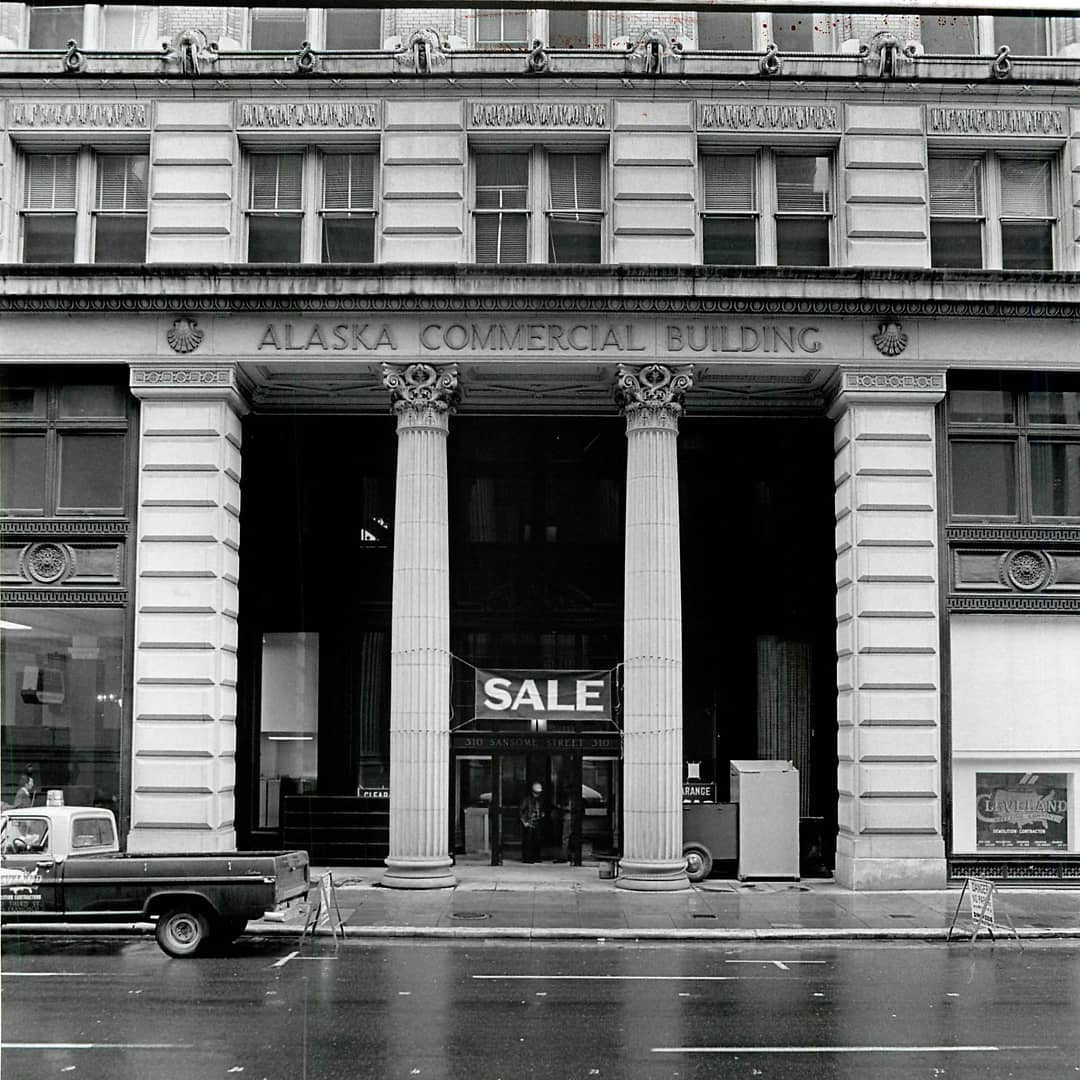 The Alaska Commercial Building shortly before demolition in the late 1970s. Notice the walruses near the top of the photo. Heritage Archive.

In 1974, Heritage was becoming increasingly involved with the downtown commercial architecture of the city, fighting to save a handful of buildings in order to “conserve the character of our city.”

The Alaska Commercial Building, formerly at the corner of Sansome and California Streets, was the most important of those threatened commercial structures which Heritage was trying to protect. 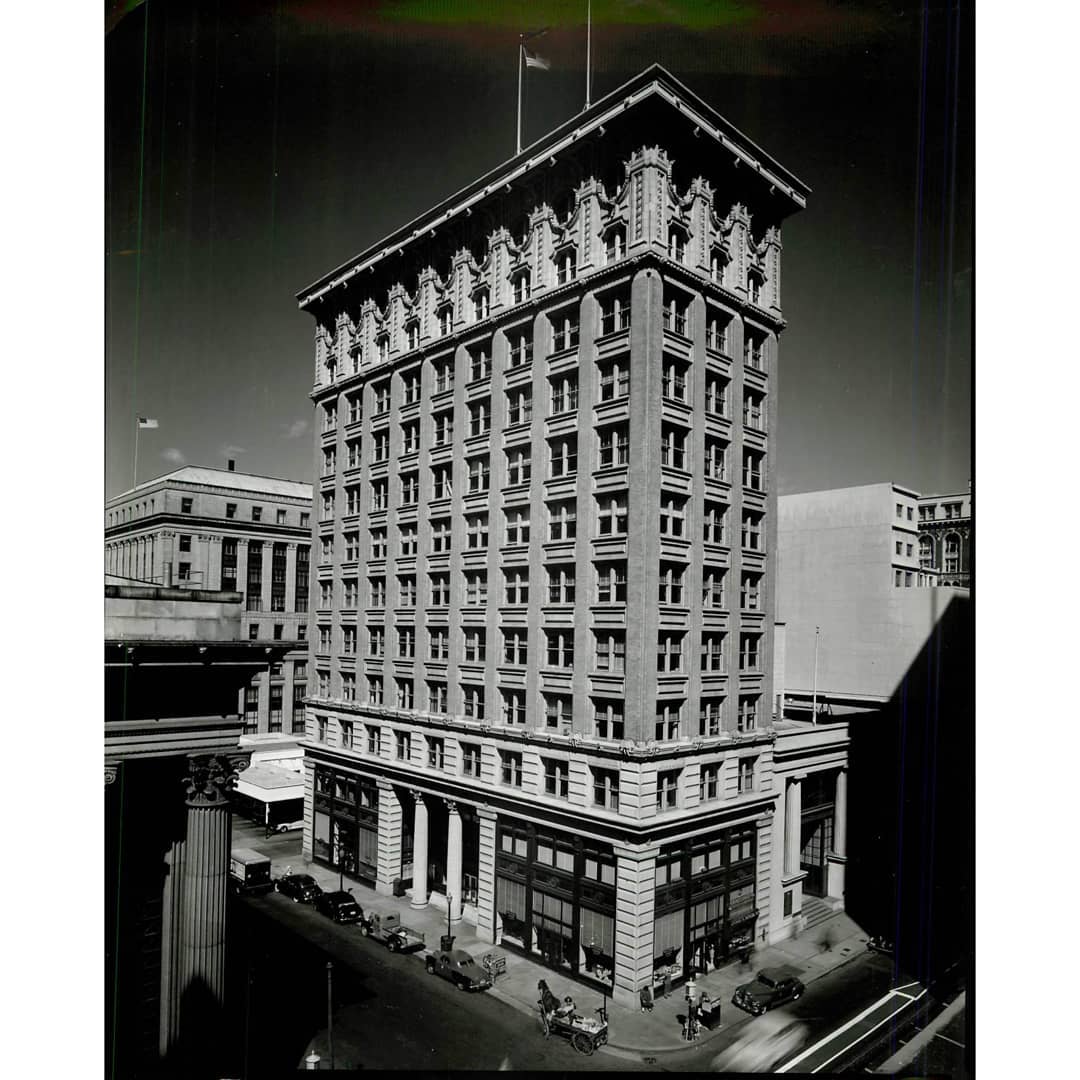 The building was the headquarters of one of the most important firms in the development of American commerce in the North Pacific. From 1868 to the early 1890’s the company held exclusive sealing leases in Alaska, the basis of its great prosperity. It also played a part in the Yukon Gold Rush. 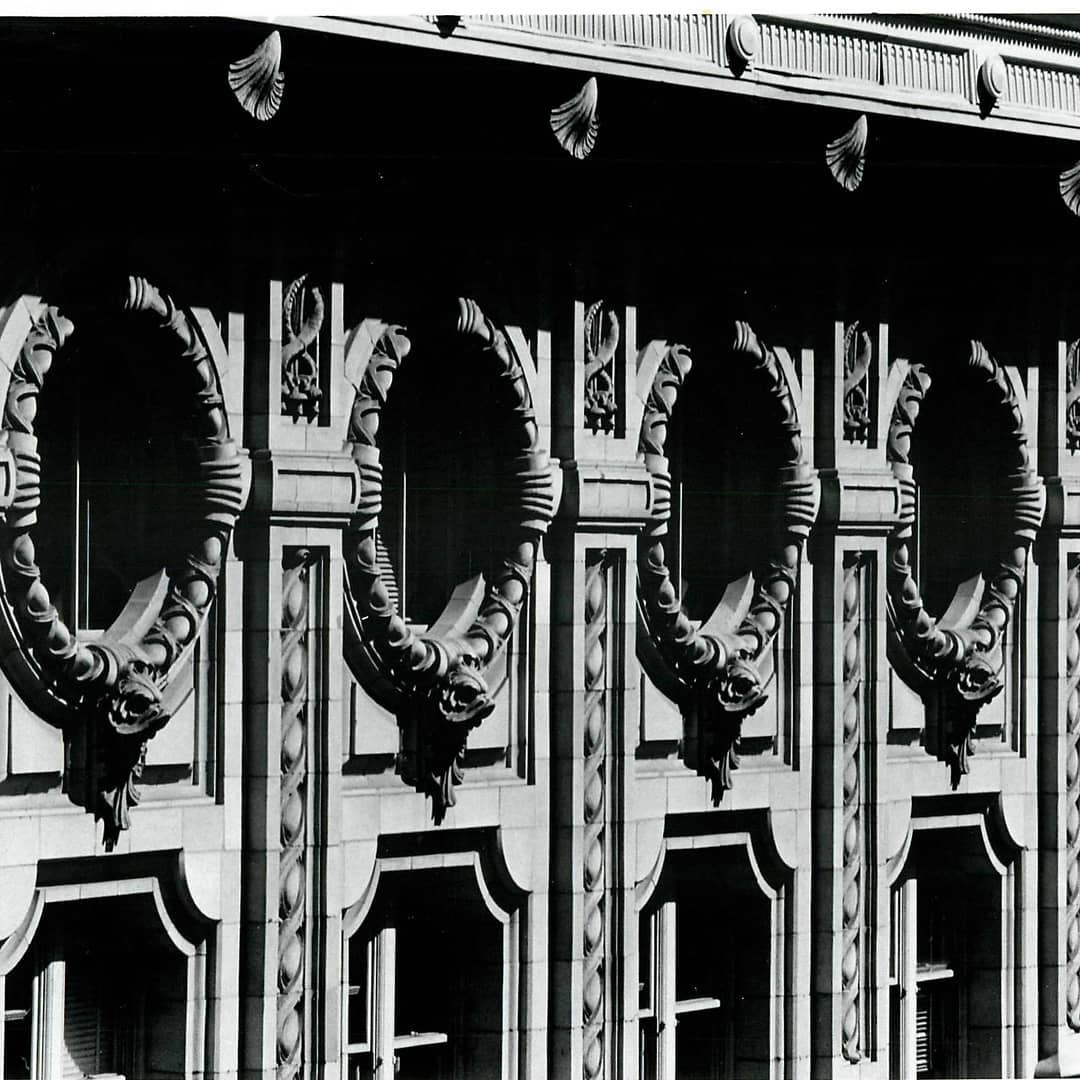 The Alaska Commercial Building was planned after the earthquake in 1906 by Henry H. Meyers and Clarence Ward and completed in 1908, becoming a symbol of the reconstructed city and representing the general determination to rebuild San Francisco soundly. The special appeal of the Building however, was its distinctive ornamentation, drawn from the imagery of an arctic hunting and sealing expedition. Great granite heads of tusked walruses, polar bears, fish, seals, sea monsters, icicles, and rope evoked a sense of San Francisco’s more romantic and adventurous past. This feeling was reiterated throughout the building, most notably in the lobby with its rich marble, sea shell lamps, and delicate gilded iron panels over the elevators.

The battle was ultimately lost, and the building was replaced in 1979 by the Bank of Tokyo. When Heritage was fighting this and other downtown battles like the City of Paris, we recognized the need for a better long-range strategy that would anticipate individual threats with an overall plan. To this end, we embarked on a search for funding to do a study of the economics of retention and rehabilitation of important buildings in downtown San Francisco. Stay tuned in the weeks ahead to learn more about what would become the Downtown Plan! 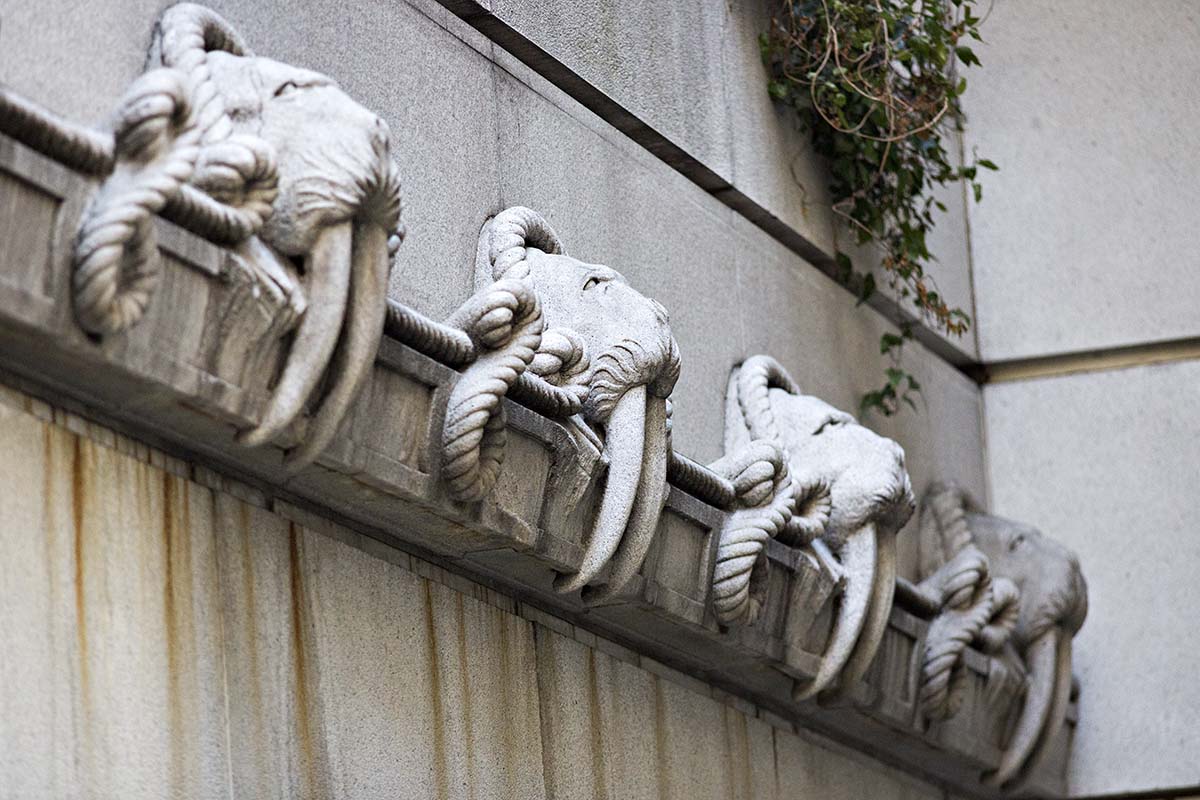 Walruses are all that remain of the Alaska Commercial Building, photo by San Francisco Citizen.

Heritage 50: The Fight to Save City of Paris in Union Square