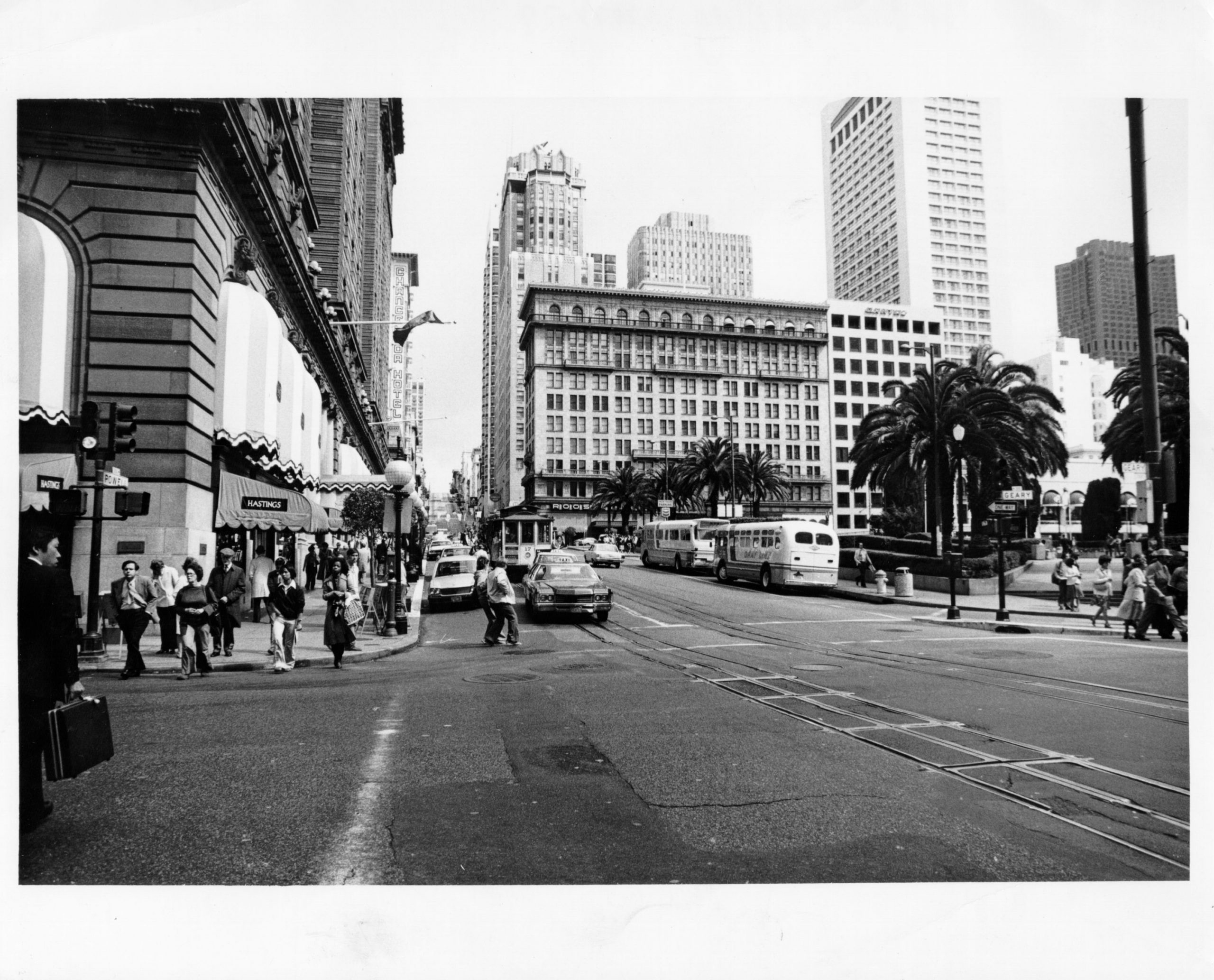 #ThrowbackThursdays: Like the losses of the City of Paris and Alaska Commercial Building, the loss of the Fitzhugh Building in Union Square helped spur the need for a more comprehensive survey to aid in the preservation of important downtown buildings in San Francisco.

Standing on the northwest corner of Union Square, the Fitzhugh Building is an important example of Renaissance-style architecture as it was used in early 20th century commercial design. Designed by the Reid Brothers in the 1920’s specifically to complement Bliss & Faville’s St. Francis Hotel to its right, the Fitzhugh served as the visual anchor for the northern and western sides of Union Square. 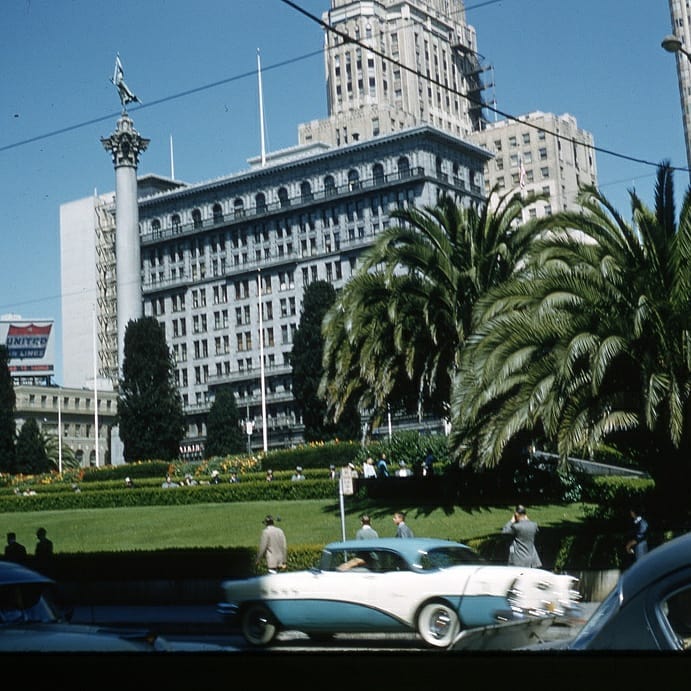 Department store Saks Fifth Avenue purchased the Fitzhugh Building in 1967, and planned to tear it down to build a new store. Appalled at the possible loss of this San Francisco building, Heritage developed a detailed alternative to Saks’ proposed demolition and presented it to store reps in May 1975.

The alternative plan, developed by a joint committee of AlA members and Heritage personnel, helped meet Saks’ retailing needs without the demolition of the building. It involved the renovation of the present building and the construction of a new six-story structure directly behind it, on land Saks already owned. Despite these efforts, the The Fitzhugh was demolished in 1980 and replaced by Saks’ new department store, which remains today.