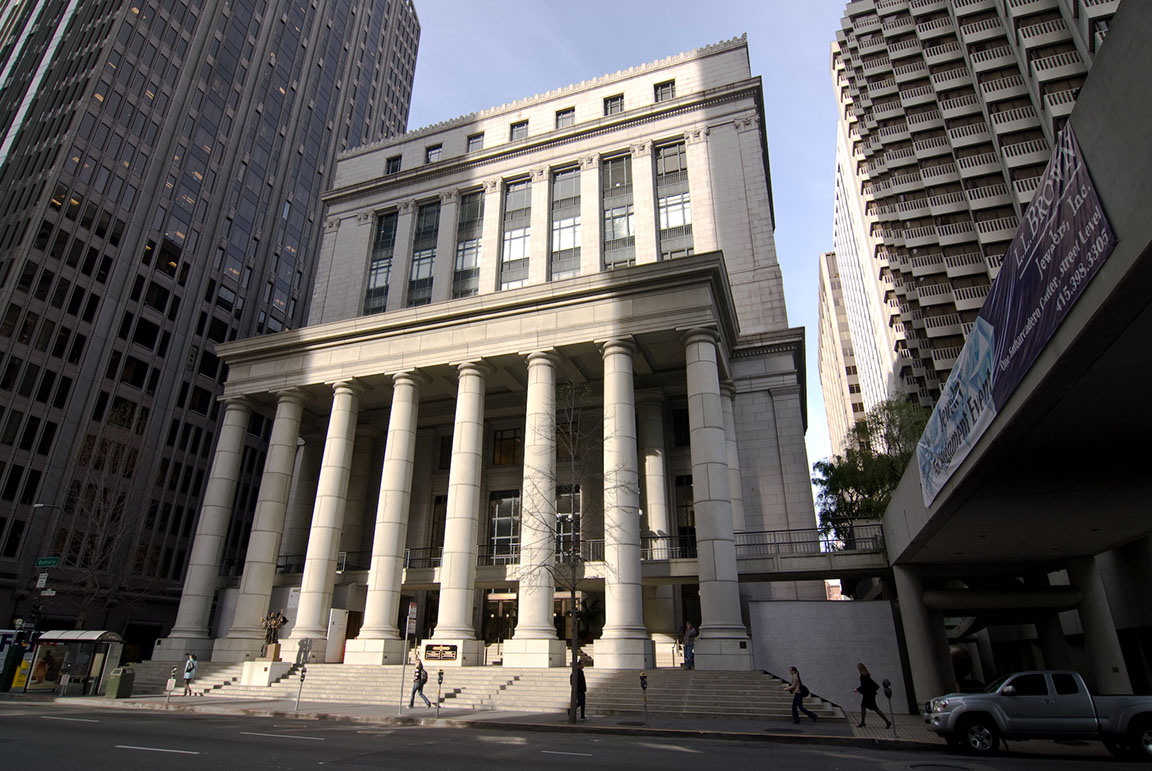 This piece was originally published in the July-September 2021 issue of Heritage News. Find the printed version here.

In March 2020, Heritage heard that RFR Holding LLC, the New York-based owner of the Old Federal Reserve building at 301 Battery Street, planned to renovate for modern office use a majority of the second floor, including the historic board rooms of the Federal Reserve Bank. These rooms, as well as the connecting hallway and lobby, feature fine wood paneling, marble fireplaces, intricately carved wood moldings, and molded plaster ceilings. While the George Kelham-designed building is City Landmark #158 and listed in the National Register of Historic Places, it was unclear that either designation adequately protected the upstairs interior elements. 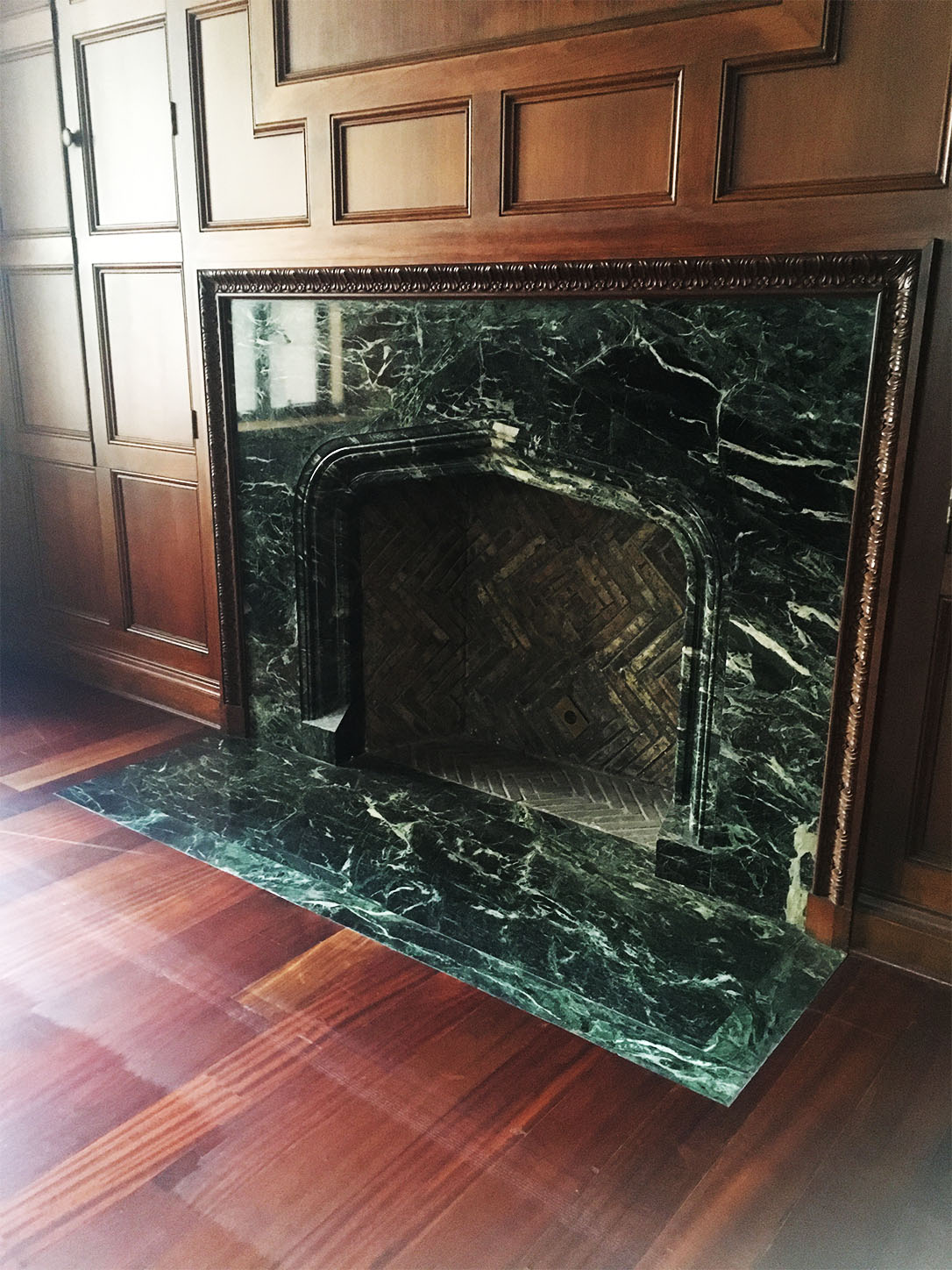 Fireplace within second-floor offices of George Kelham’s 1924 Federal Reserve Bank building are where the bank’s Board of Governors met to manage the western district of the national banking system. Heritage photo.

Heritage reached out to RFR and, after a site visit, design reviews, and months of negotiation, reached an agreement in which the intact lobby and historic rooms of the second floor will be preserved, with wood paneling from the hallway reused in the new design plan.

As part of the agreement, the owners have granted Heritage a 30-year easement on the historic second-floor spaces, ensuring oversight by the preservation community and protection from any future proposals incompatible with the historic interior.

Heritage’s Projects & Policy Committee thanks RFR and its local representative, Reuben, Junius & Rose, for their responsiveness and attention to the preservation of this important building. 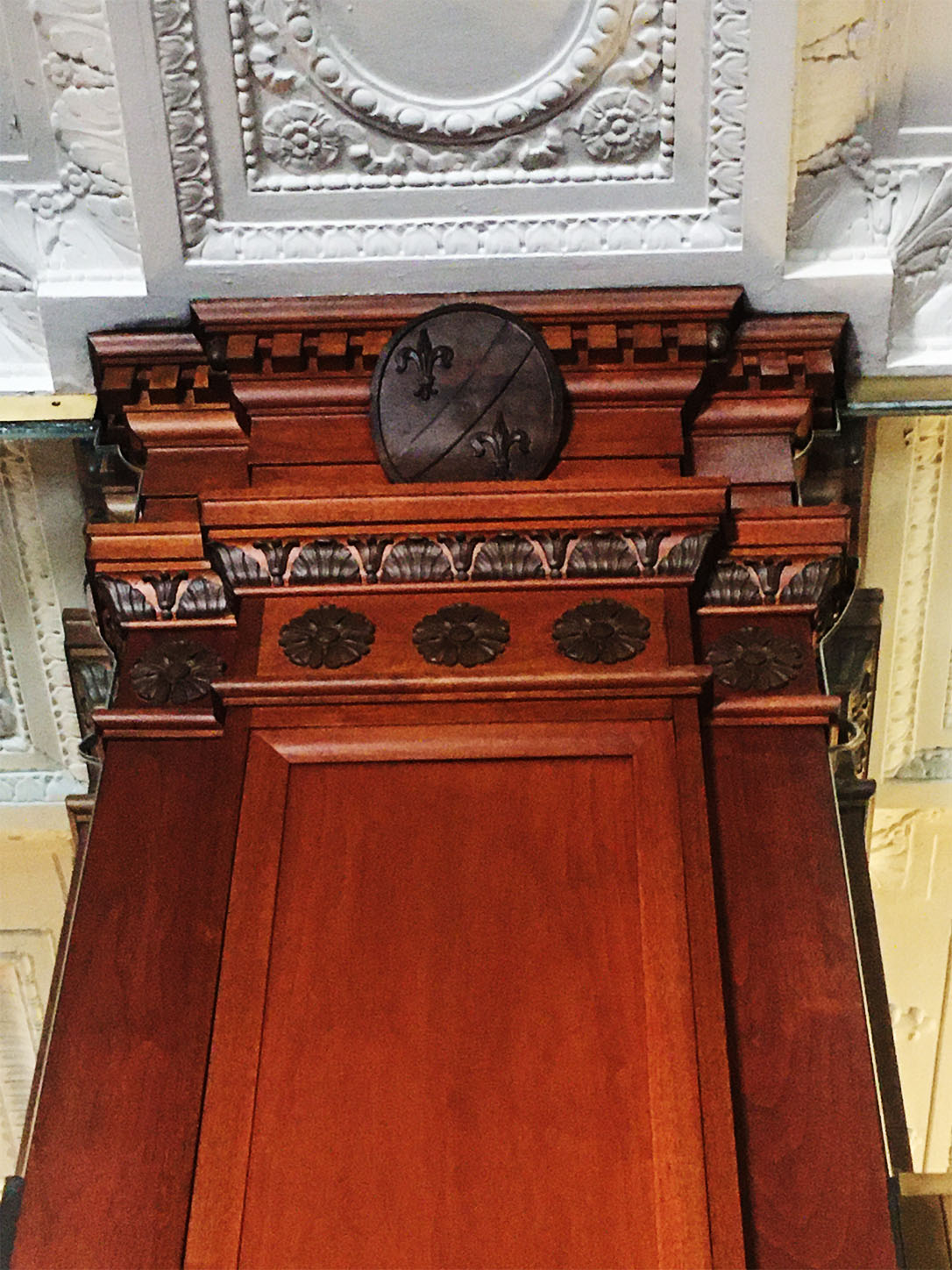