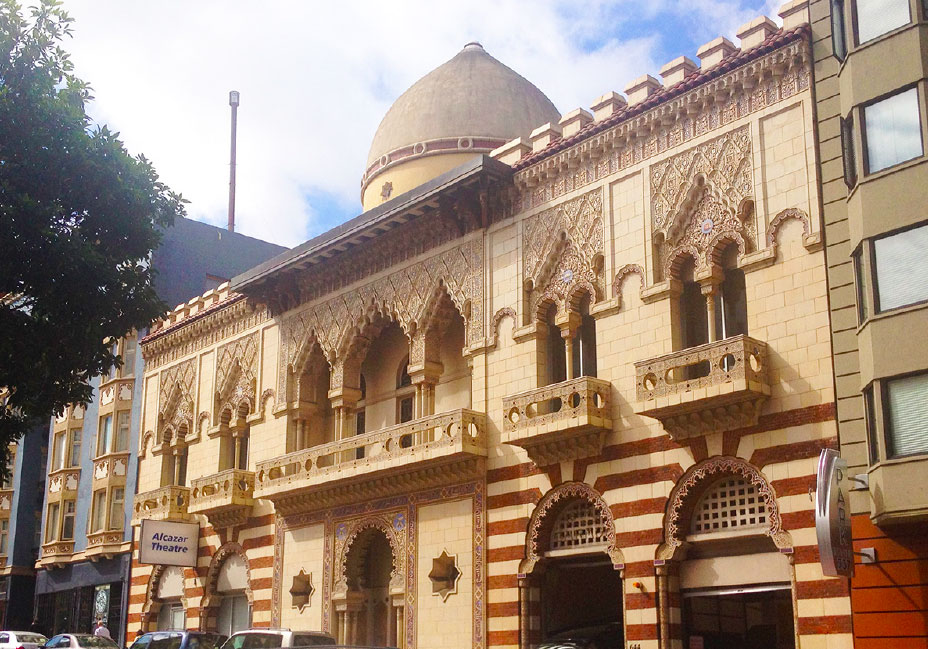 When the Islam Temple was under construction at 650 Geary Street in 1917, The Architect and Engineer described future City Landmark #195 as “logical and quite in harmony with its surroundings.”1

Home of the Alcazar Theatre, the Islam Temple is perhaps more in harmony with fourteenth-century Spain rather than San Francisco, inspired as it was by the Alhambra in Granada. The 1989 case report for designation of 650 Geary Street as a city landmark admitted as much, noting it “is so extraordinary in its design that it offers little in the way of continuity to the street.”2 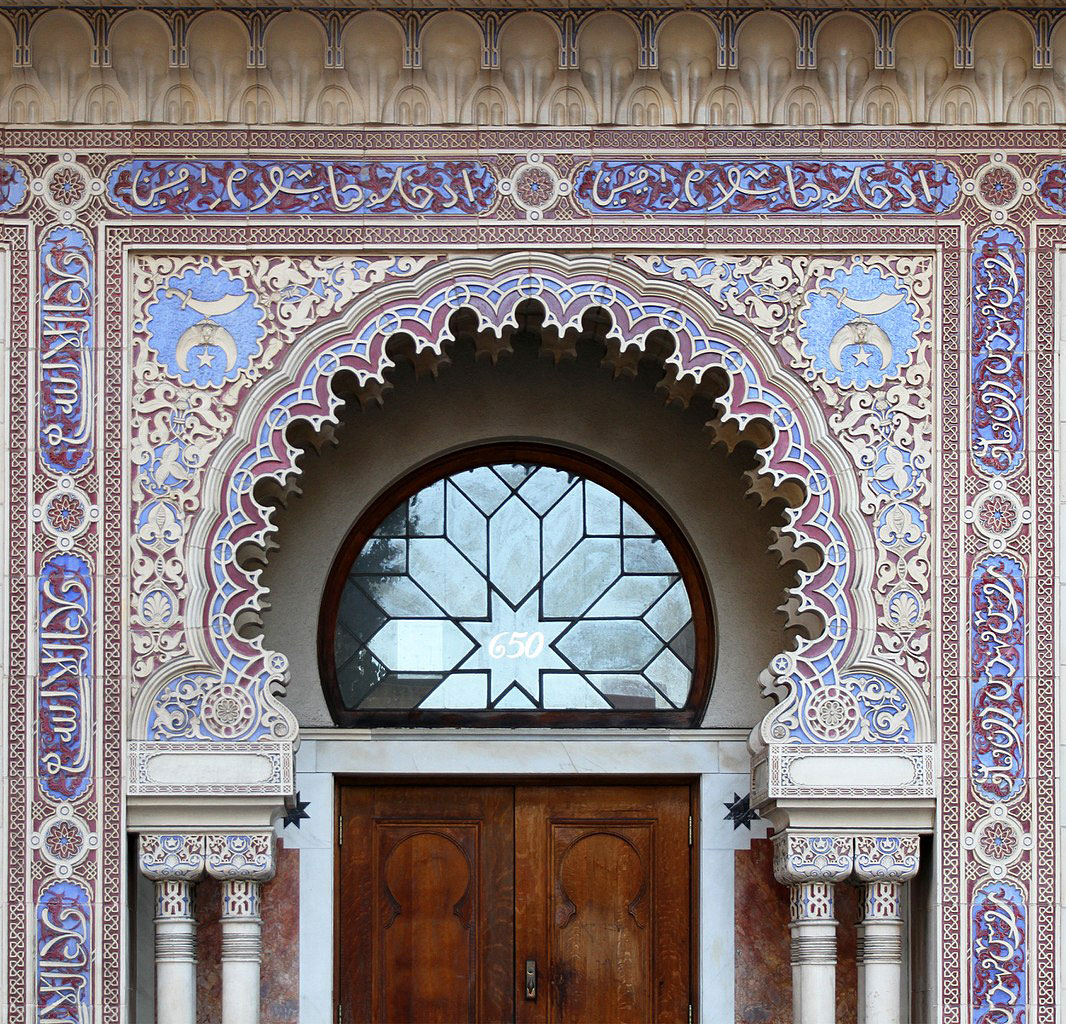 Islam Temple is not, nor has ever been, a mosque or Islamic center. While home to the Alcazar Theatre since the 1970s (with frequent periods of inactivity and renovations during that time), 650 Geary Street was not constructed primarily as a venue for theatrical productions. The Moorish Revival eye-catcher between Jones and Leavenworth Streets began life as a headquarters for a local chapter of the Ancient Arabic Order of the Nobles of the Mystic Shrine, a fraternal organization better known as the Shriners. 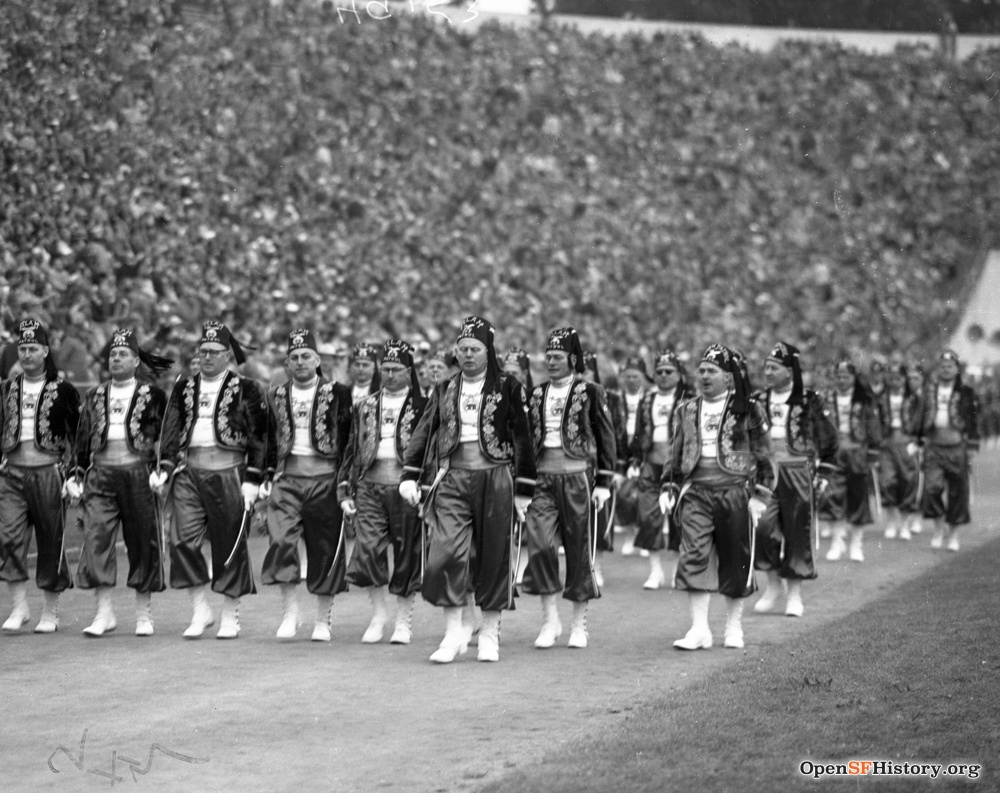 So while San Francisco chapters of the Native Sons of the Golden West, Benevolent and Protective Order of Elks, and Independent Order of Odd Fellows each had handsome new halls constructed after the 1906 earthquake and fire, the Shriners insisted their building—with committee rooms, storage and rehearsal space (for musical bands), offices, and auditorium be on a scale more ornate and exotic. They turned to a brother in the temple, architect Thomas Paterson Ross, to deliver.

Ross was very comfortable incorporating historical elements from different cultures in his modern buildings. In Chinatown, Ross was the first to introduce tourist-pleasing, pagoda-inspired designs with the Sing Fat and Sing Chong buildings that flank Grant and California Streets. 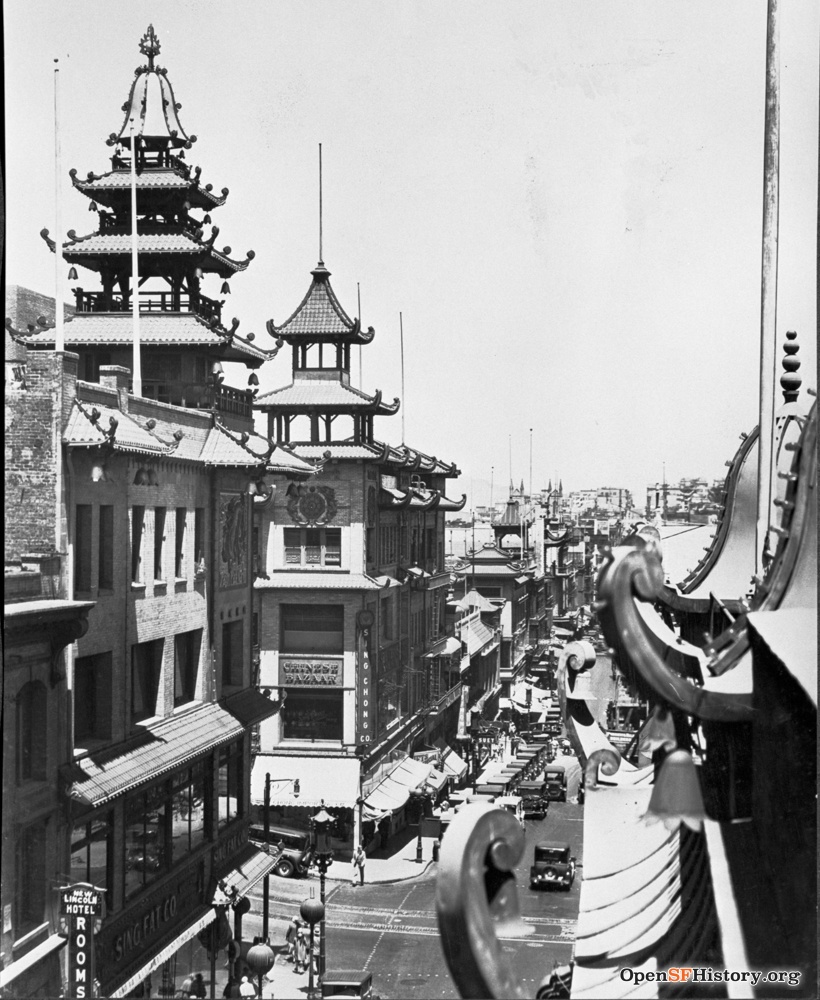 Built just after the 1906 earthquake, these are not historically accurate creations. A sympathetic eye would see them as playful; a critic would call them hokey cultural appropriations. But for a business corridor like Grant Street or an organization looking to draw attention like the Shriners, Ross’s Orientalist productions filled the bill.

With the Islam Temple, Ross laid polychromatic tile and terra cotta, geometrical moldings, friezes, filigree latticework, arches, and a dome over a reinforced concrete structure. There are recesses, alcoves, balconies, and, unlike the real Alhambra, an automobile garage. 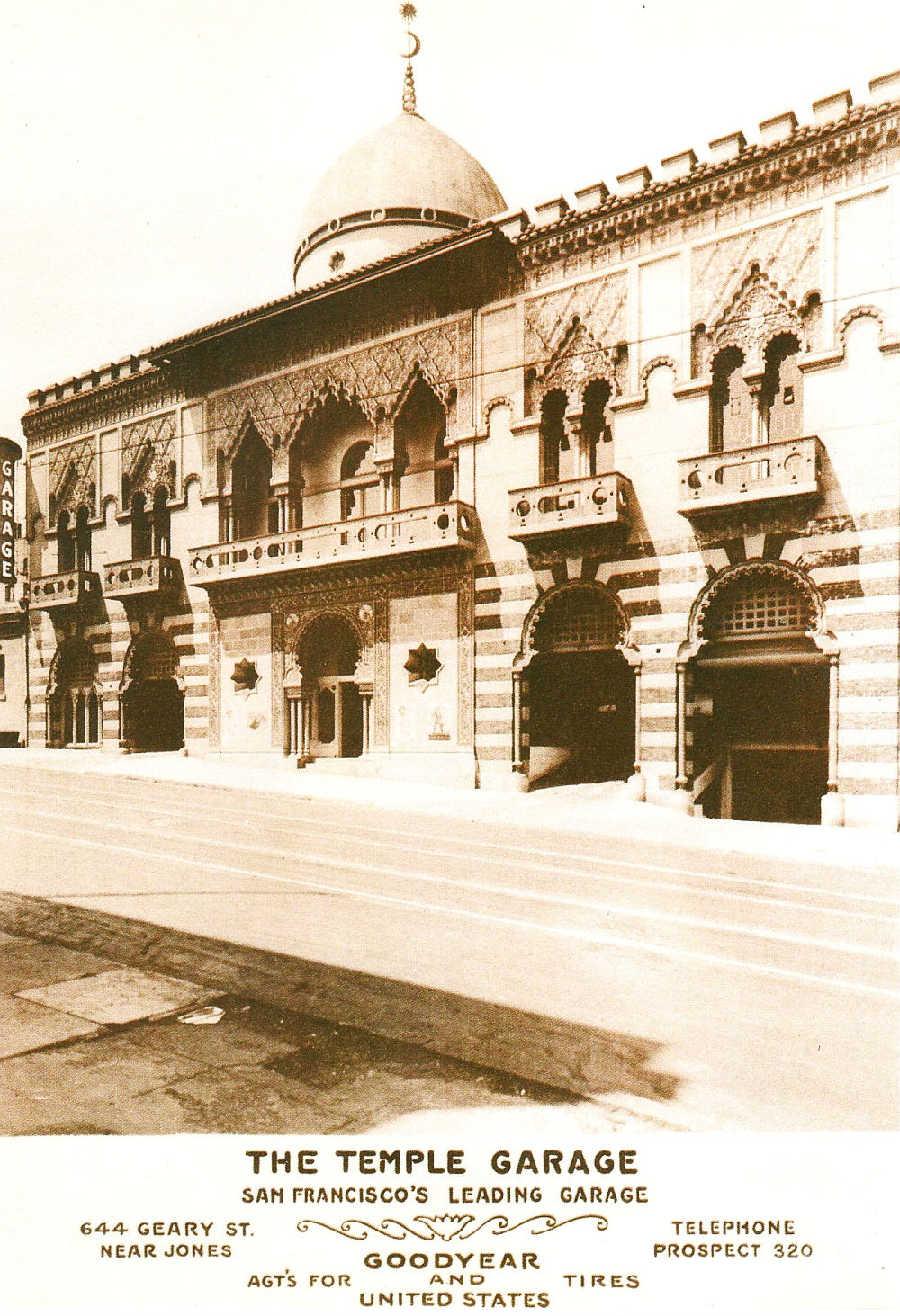 The Shriners moved into the Islam Temple of Mystic Shriners on May 11, 1918 with an “informal house-warming, smoker and entertainment.”3 When the national Shriners Convention came to San Francisco in 1922, the Islam Temple was a showplace for the local chapter, which claimed to have some 9,000 members on its rolls at the time.4 Over the course of the decade, new Shrine Centers from Los Angeles to Milwaukee to New York used Moorish Revival style for their temples and many are now local landmarks or listed on the National Register of Historic Places. 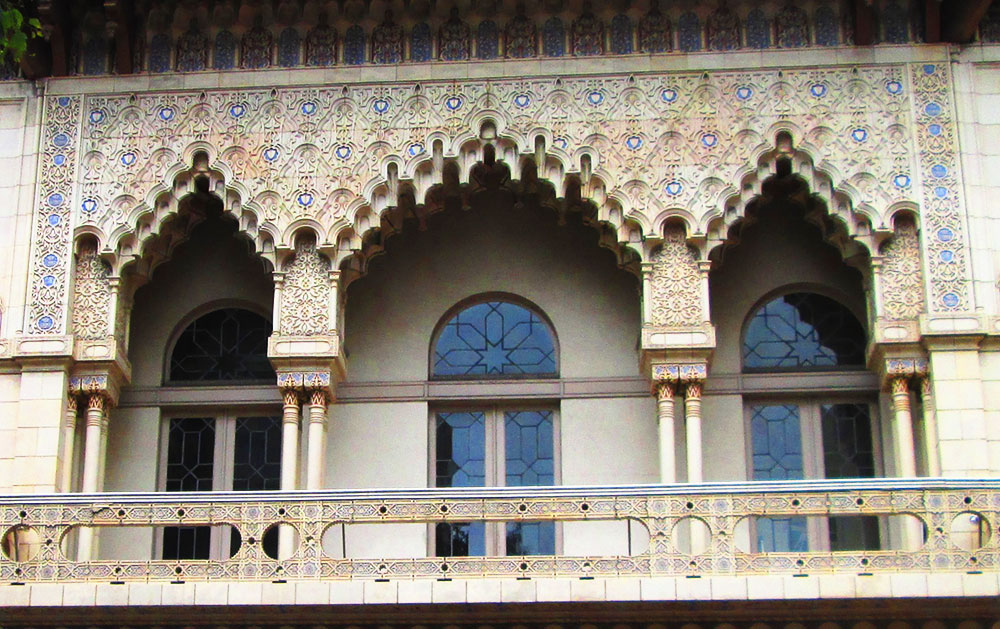 Detail of the center balcony of the former Islam Temple at 650 Geary Street. (Photo by Beyond My Ken/Wikimedia Commons.)

The Shriners departed from 650 Geary Street in 1970. After the demolition of the old Alcazar Theatre downtown, a venue opened within the Islam Temple using the same name. Since the 1970s, the Alcazar has been the site of musicals, magic shows, lectures, and theatrical productions of all kinds. Here’s to live theatre and safe gatherings in our very near future.