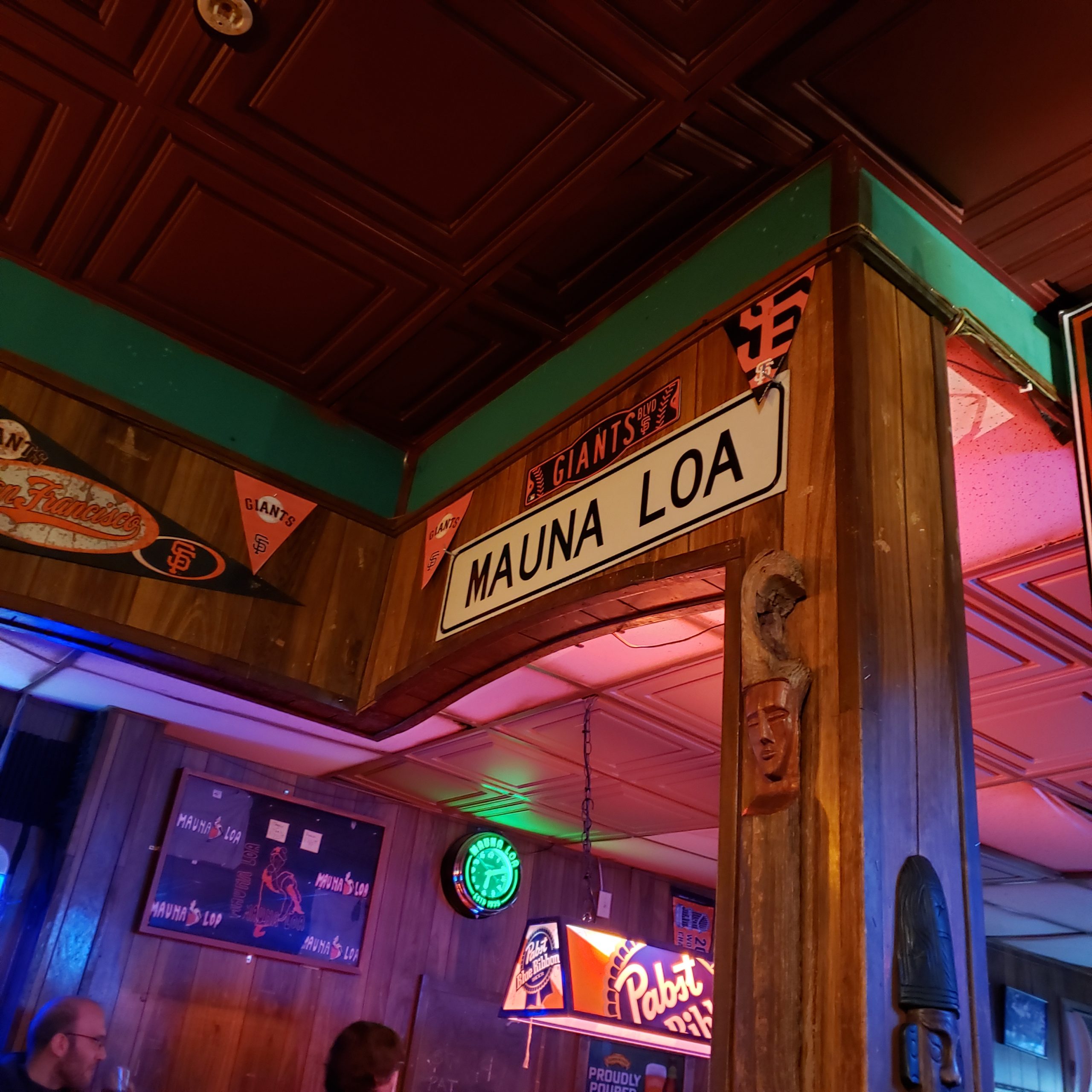 This March, we are continuing to highlight San Francisco Businesses that were part of Heritage’s original 100 Legacy Bars and Restaurants initiative back in 2013. This initiative was the first step in documenting the city’s vast commercial heritage and promoting businesses that did not necessarily qualify for formal historic designation. Legacy Bars and Restaurants directly inspired the creation of the city’s now existing Legacy Business Registry program, which now includes over 270 San Francisco businesses. For those who missed last month’s post, we highlighted Dianda’s Italian American Pastry, Grubstake, and Thanh Long. 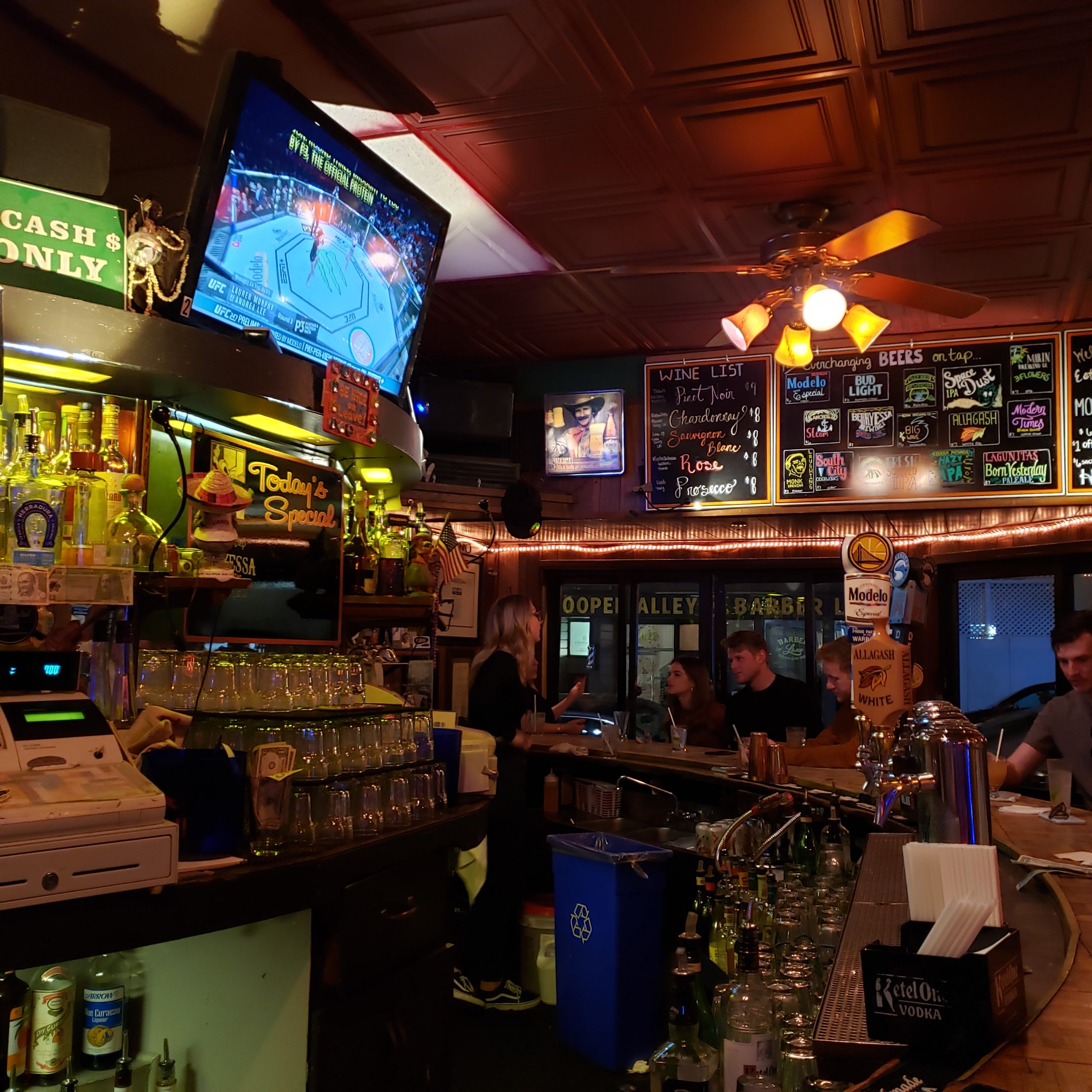 Anchored in San Francisco’s Marina District, the Mauna Loa first opened in 1939, just around the corner from its current location. Johnny and Marie Martin, a couple of Portuguese descent, moved from Maui to San Francisco in 1936 and married soon after their arrival. After struggling to establish themselves financially, the Martins were advised to try their hand in the bar business, as Johnny was currently employed as a cook.

On October 5, 1939, the couple purchased a bar at 3165 Steiner Street, known at the time as the Silk Hat Inn, for $10. They were drawn to the neighborhood due to its proximity to the water. Under the terms of their agreement with the original owner, the Martins operated the bar under the same name for the first ten years. In 1949, they changed the name to Mauna Loa, likely a tribute to the Hawaiian volcano, which had been particularly active the year they moved to San Francisco. The following year, the bar relocated to its current location at 3009 Fillmore Street, and the Martins moved into the apartment on the second floor. They operated the bar with simple values, offering basic comforts to all of their customers, at times even loaning money to those down on their luck.
Throughout its history, the Mauna Loa has been primarily a blue-collar bar. Its proximity to the Norway House, which operated on Union Street in the 1950s, meant that many of its clientele were Norwegian immigrants, but the bar also served local merchant marines, sailors, and other waterfront workers, as well as military personnel from the Presidio.

Today, the Mauna Loa continues to serve mostly neighborhood residents and workers, functioning as a “working man’s bar” in a trend-setting environment. The physical fabric of the Mauna Loa has remained largely unchanged over three generations of family ownership. The original bar is still in place, and certain elements of the décor reflect the Martin’s Hawaiian roots. The eclectic atmosphere is enhanced by the Henri Toulouse Letrec-inspired carvings. In the 1980s, the bar assumed a game-oriented feel, with the addition of pool tables and a pop-a-shot set-up. The Mauna Loa continues to be operated by the Martin family. Johnny and Marie’s children, John and Diana, became partners in the business after their parents retired, and John’s son Curtis has overseen the bar since the 1980s. 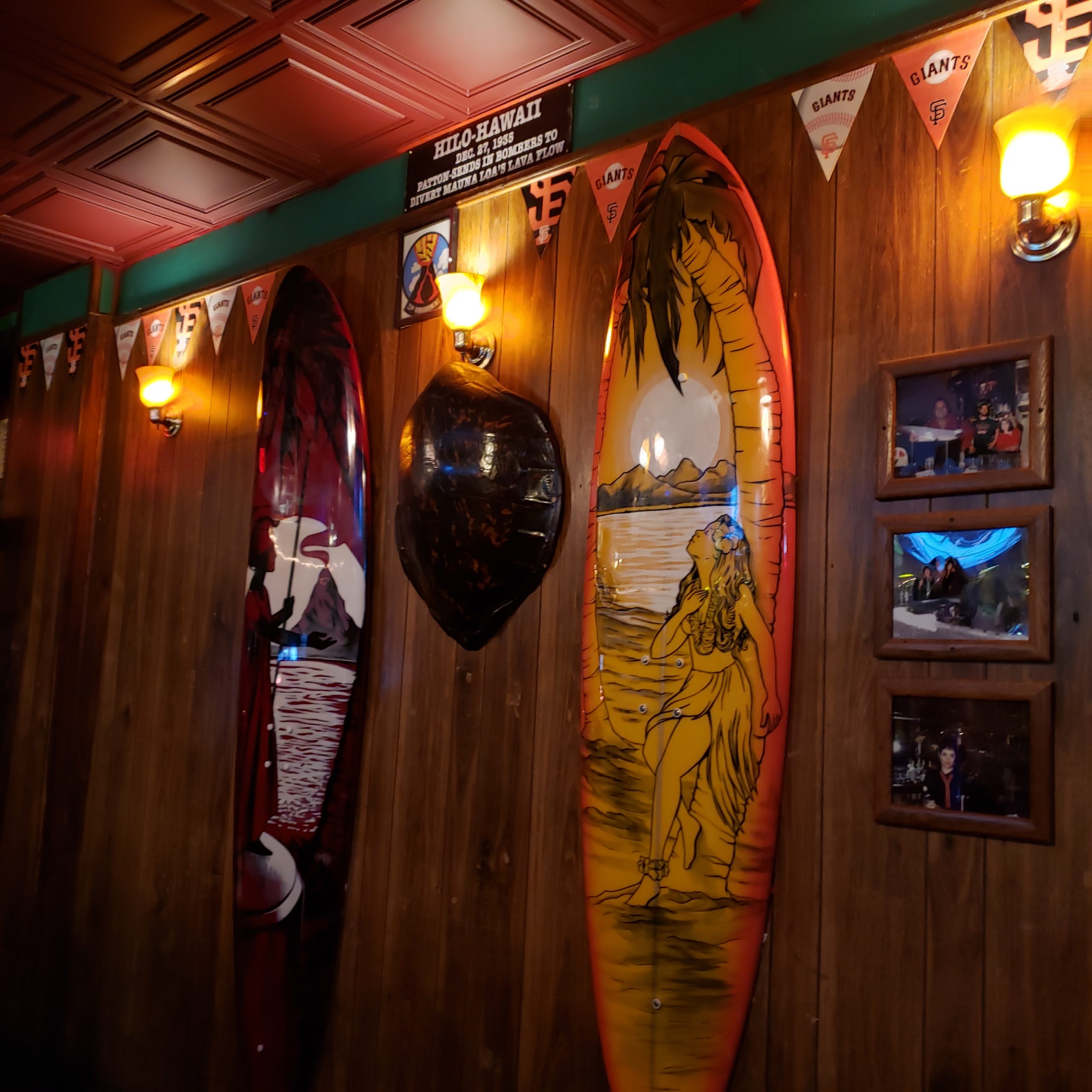 Hawaiian-themed decor on the walls at Mauna Loa, January 2020. 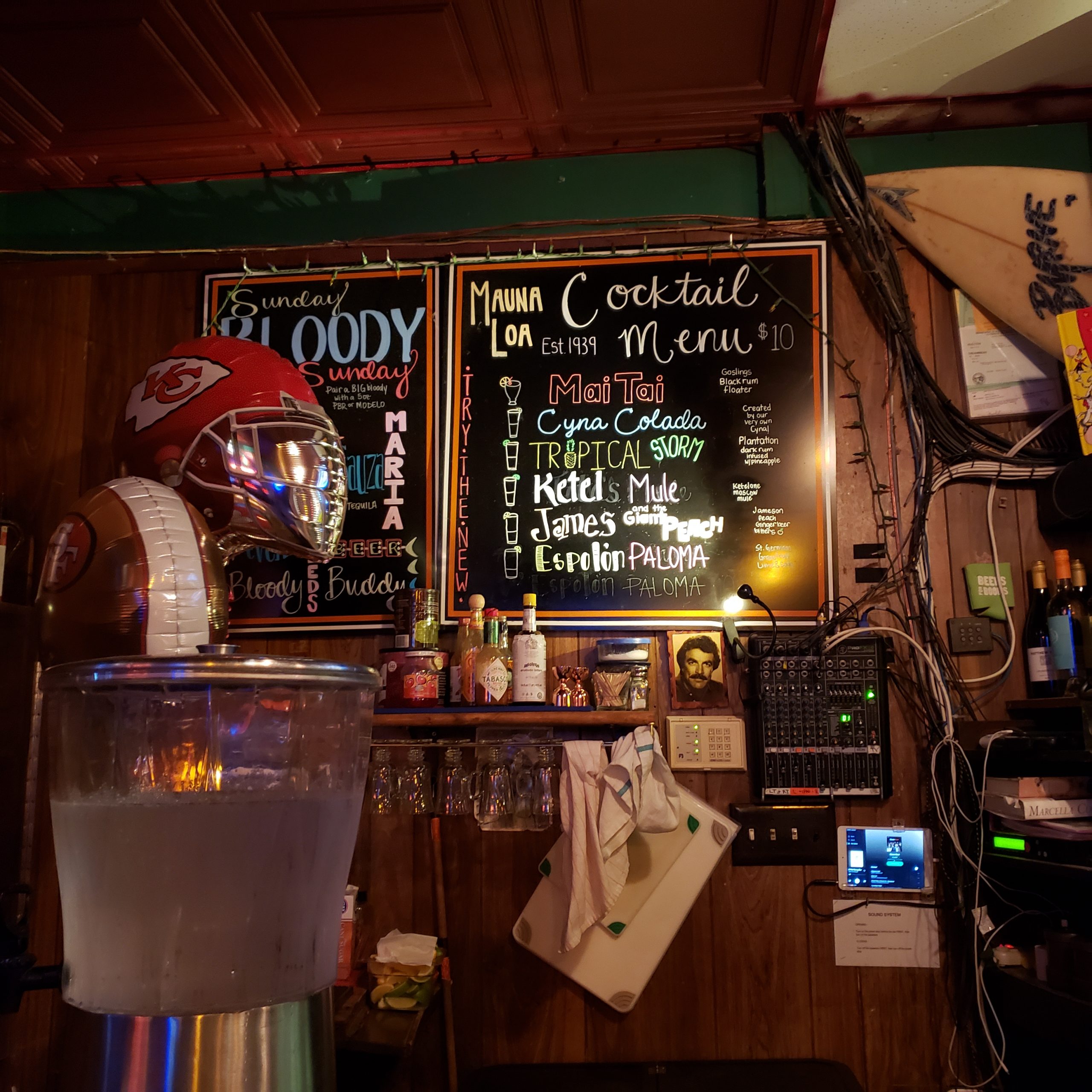 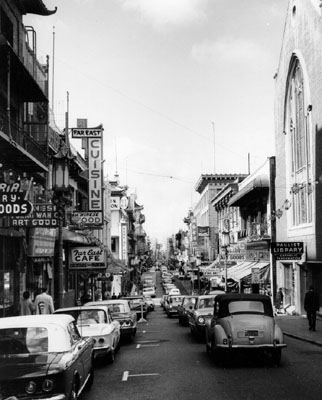 Far East Café has been serving both locals and visitors fresh Cantonese and Szechwan cuisine since the restaurant’s opening in 1920. The restaurant is located right in the heart of Chinatown, just two blocks away from the Gateway of Chinatown and directly across the street from Old St. Mary’s Church. Far East Café is the only restaurant in Chinatown that offers private seating with elegant, mahogany curtained booths. Traditional dim sum is served at lunchtime, and in the evenings dinner is served in the stunningly ornate dining room. Two full-service bars are located in a private, separated part of the restaurant. The interior of Far East Café is adorned with antique Chinese artwork that dates back over a hundred years. Oriental chandeliers hang gracefully from the elevated ceilings, and interior murals bring color and liveliness to the walls. Far East Café’s grand ballroom has been a popular destination place for hosting receptions, banquets, special events, and business meetings for both the Chinatown community and San Franciscans at large for generations. 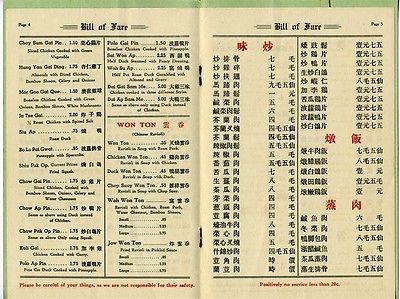 Amidst the backdrop of rapid development in San Francisco, many of longtime banquet halls in Chinatown similar to Far East have closed. Far East remains only one of only two of the neighborhood’s five large banquet spaces still open (the other is New Asia Restaurant), with others like Empress of China being replaced by pricier and more upscale destinations that primarily serve people from outside of the neighborhood. However, these new restaurants are run by local and (arguably) talented Asian American chefs like Brandon Jew, who are bringing new and innovative takes on traditional Chinese food. Read the SF Chronicle’s recent article profiling the loss of Chinatown’s banquet halls, and the debate over the district’s future. 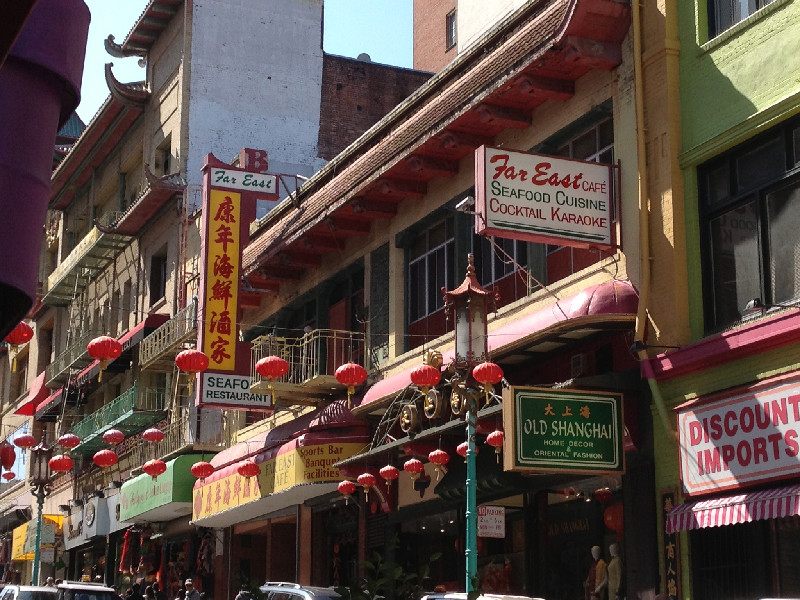 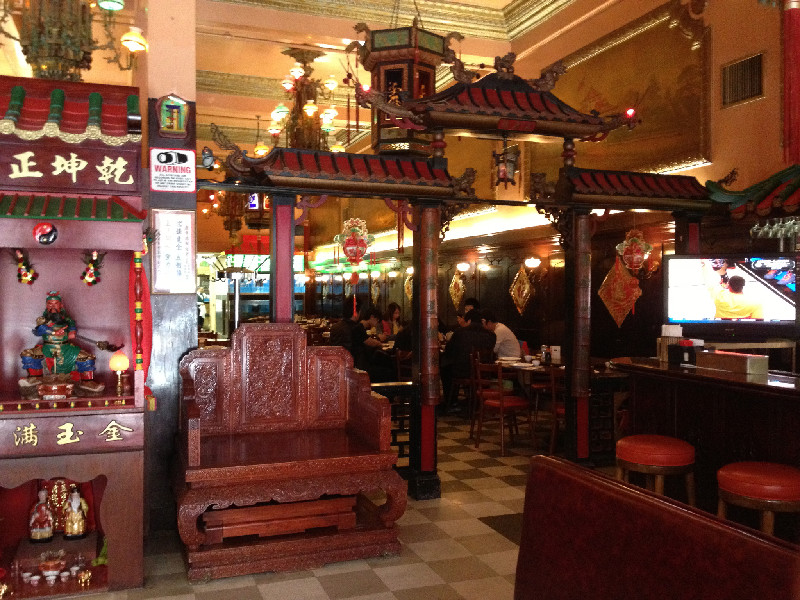 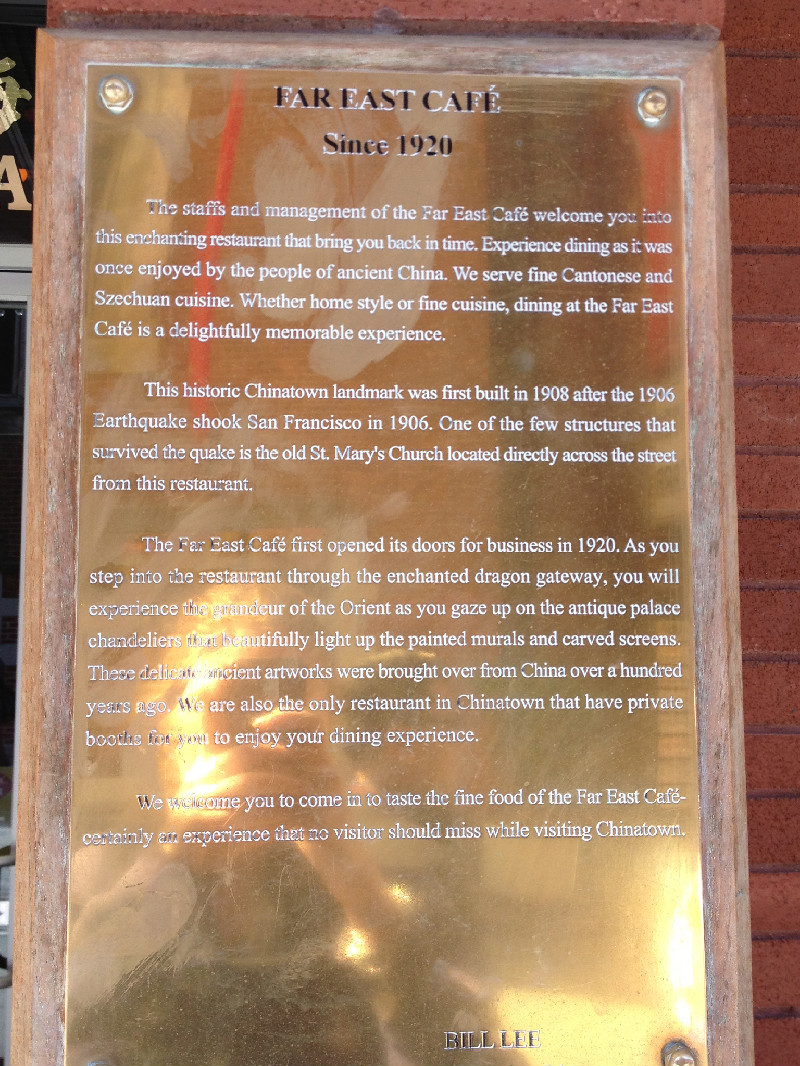 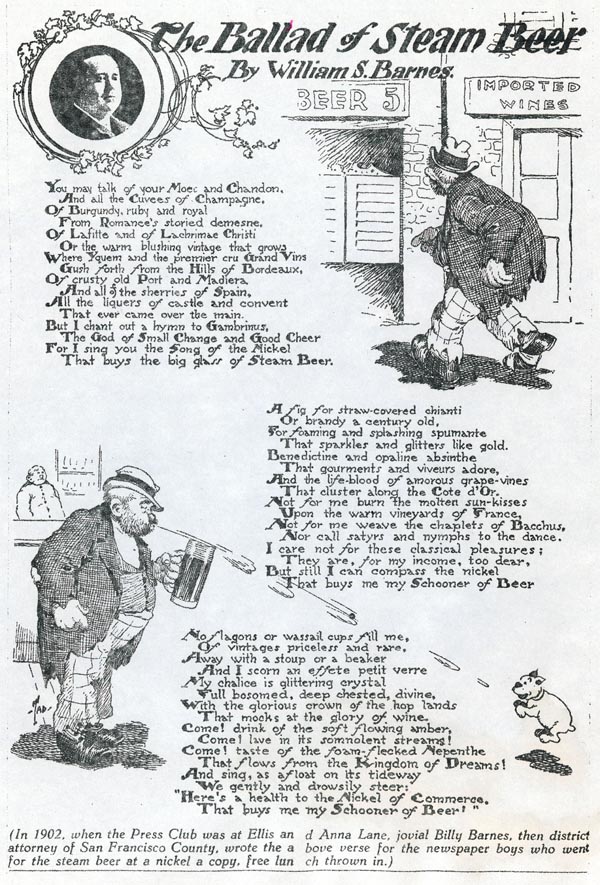 Anchor Steam Brewery traces its roots back to 1871, when Gottlieb Brekle bought an old beer-and-billiards saloon on Pacific Street and turned it into a brewery. German brewer Ernst F. Baruth and his son-in-law, Otto Schinkel, Jr., bought the brewery from Brekle and renamed it Anchor. The building on Pacific was destroyed during the fire that followed the Great Earthquake of 1906. The brewery was relocated to the South of Market (SoMa) by German brewers Joseph Kraus and August Meyer, along with liquor store owner Henry Tietjen. Prohibition officially shut the brewery down until 1933, though some unofficial brewing may have taken place without a paper trail. In 1965, Fritz Maytag acquired and revived the struggling brewery at a time when mass production of beer dominated the industry. Maytag returned to a style of brewing that was first brought to California by Czech and German immigrants in the 19th century, producing lager beer at ale temperatures. He reformulated the beer’s ingredients, becoming the first in America to brew without adjuncts or fillers since Prohibition. This revival of steam beer inspired much of today’s craft beer movement and, in the 1970s, the brewery emerged as a pioneering company focused on micro-brewing. In 1977, the company moved to their current location, a former coffee roasting factory building that dates to 1937. 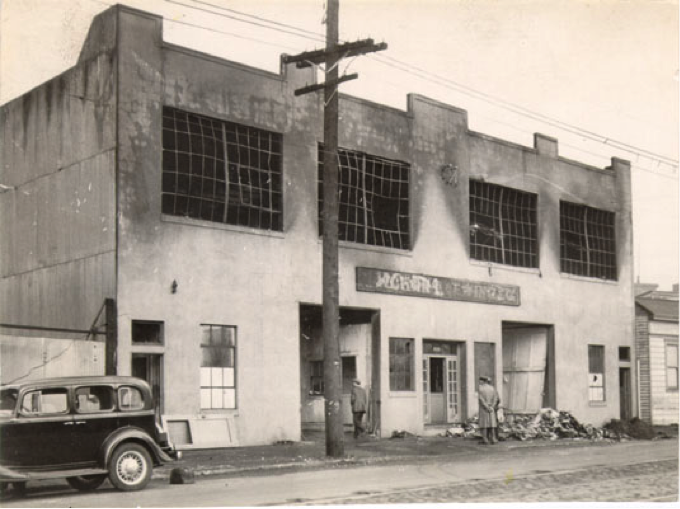 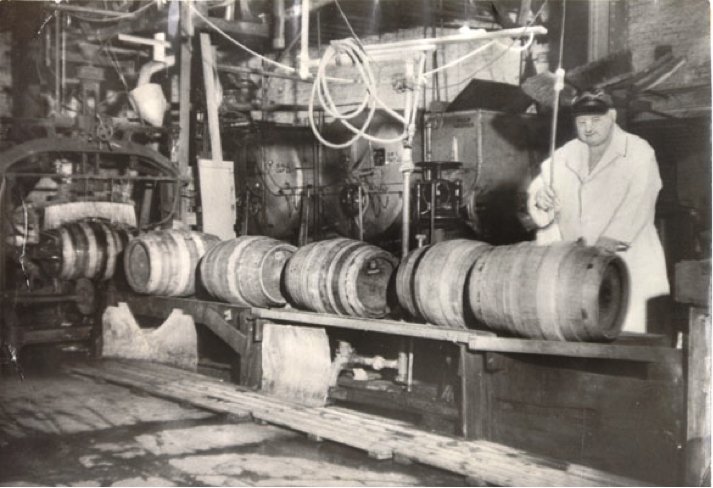 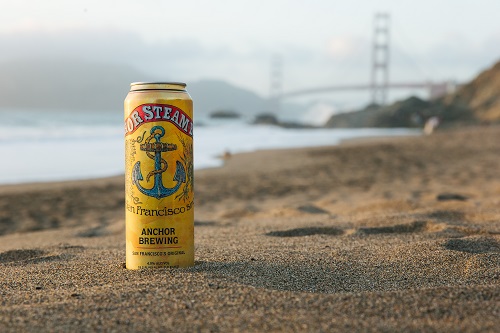 Anchor Brewing recently joined the Legacy Business Registry on June 24, 2019. Some of the bigger news surrounding Anchor Steam in recent years is that in 2017, the 124-year old company was purchased by Sapporo Holdings Ltd, the Japanese company that owns Sapporo Breweries and other subsidiaries. While Anchor Steam continues to be brewed in the same way that it always has been, a change that fans may have noticed since the acquisition is that their original, signature brew is for the first time available in cans. 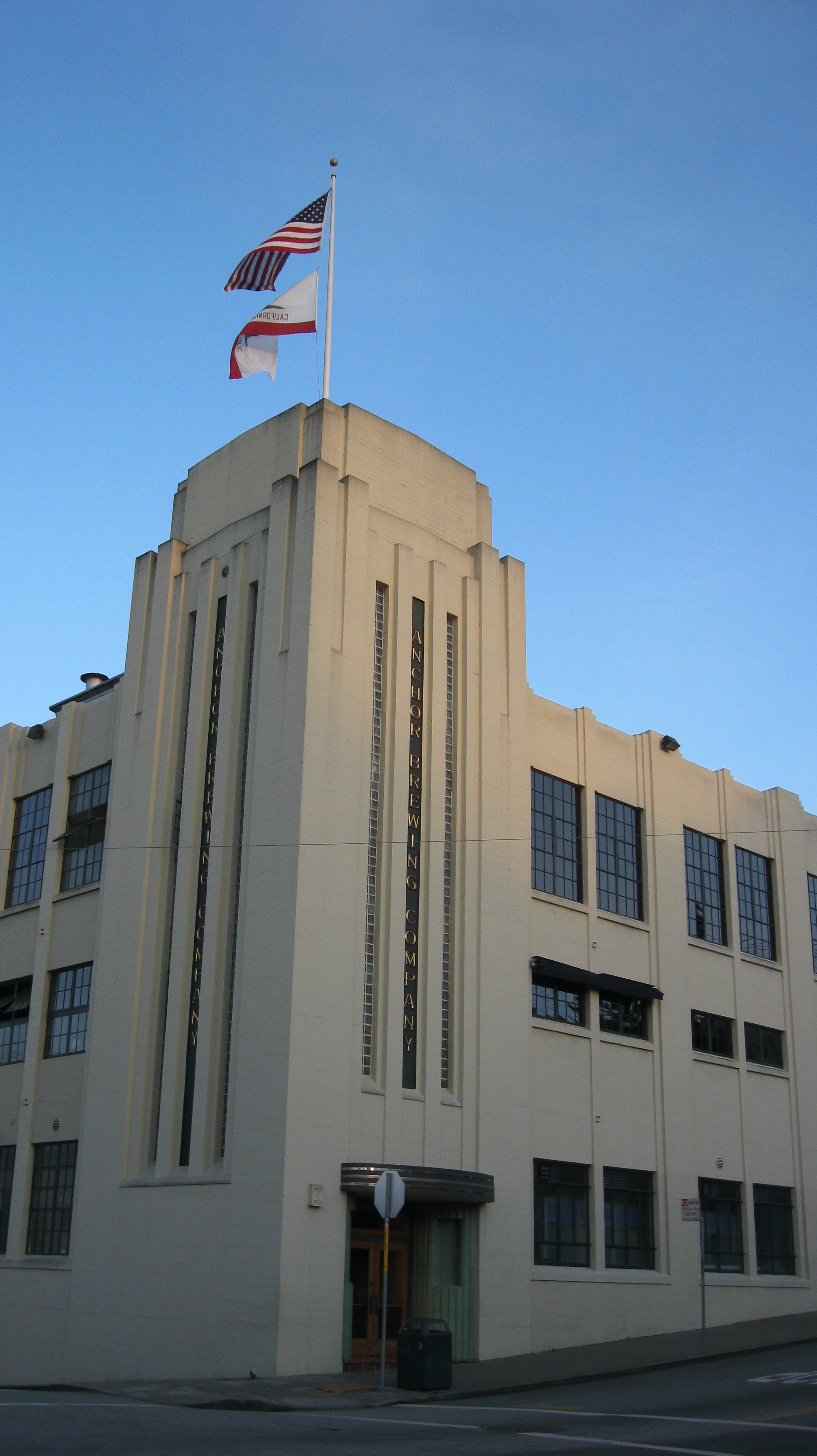