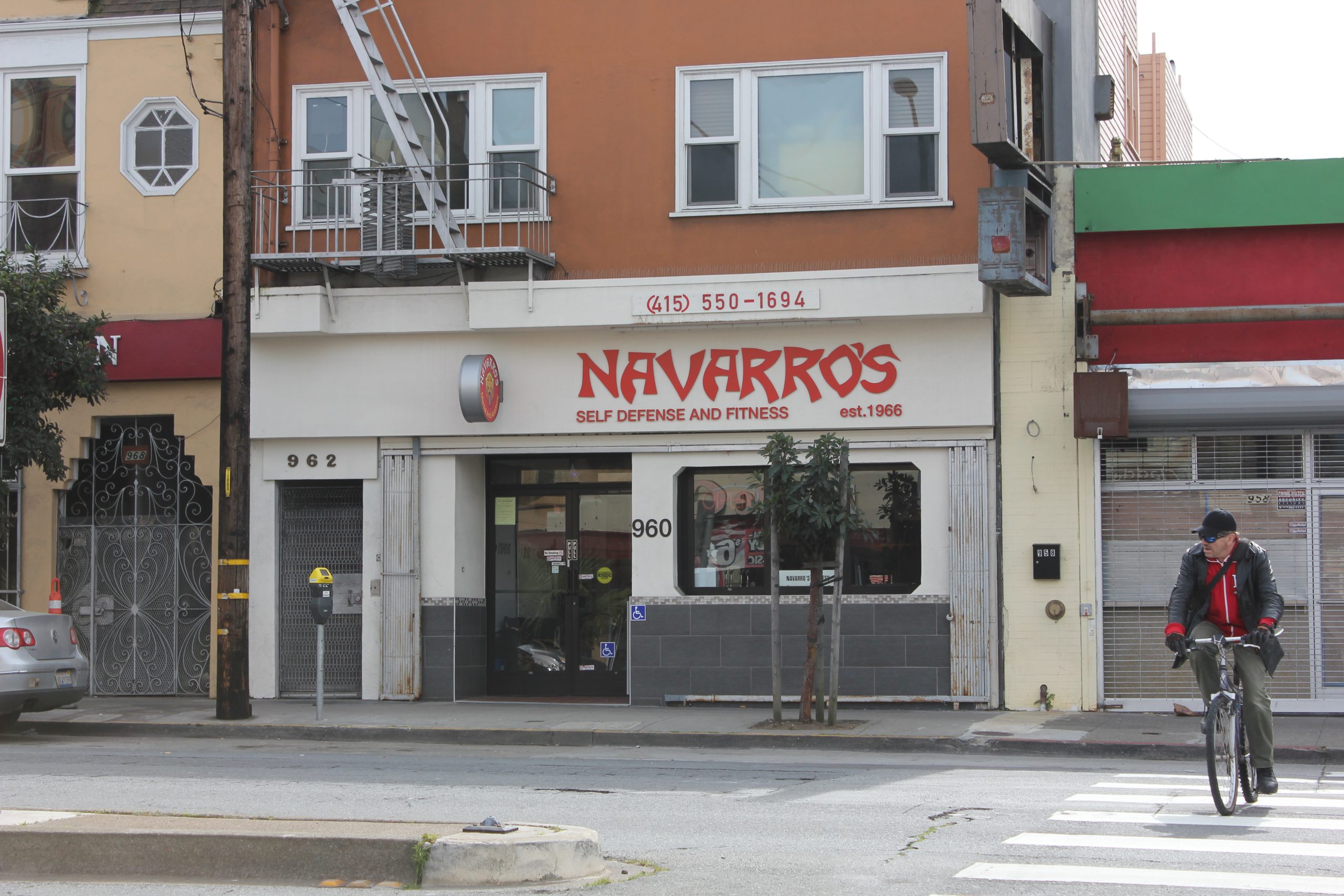 On this Legacy Business Wednesday, we’re spotlighting Navarro’s Kenpo Karate Studio in the Excelsior (960 Geneva Avenue), who on December 12, 2016, was accepted to San Francisco’s Legacy Business Registry. To qualify for the registry, businesses must be 30 years or older, be nominated by the Mayor or a member of the Board of Supervisors, or prove they have “made a significant impact on the history or culture of their neighborhood.” When Navarro’s joined the Registry, it was located at 3470 Mission Street in District 9 (the Mission District) and nominated by then Supervisor David Campos. Luckily for the Excelsior, in 2019 Navarro’s moved to District 11 on Geneva Avenue, where it remains today. 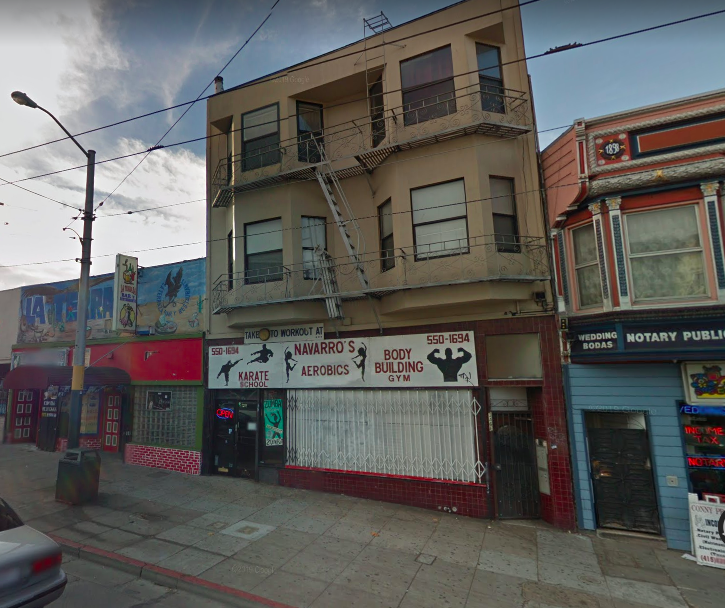 Google Streetview of Navarro’s previous location at 3470 Mission Street (near Mission and Cortland), where the karate studio made its home for 47 years before moving to its present location in the Excelsior.

Navarro’s Kenpo Karate Studio has contributed to both the Mission and Excelsior community’s history and identity by providing affordable self-defense, martial arts, and fitness classes to generations of local youth and adults. The studio has existed in multiple locations since opening in 1966, when Carlos Navarro, a Supreme Great Grand Master and a high level black belt in Kenpo Karate, first started his business out of his garage at 197 Precita Avenue. After a stint at 3170E Mission Street for a few years, Navarro’s settled in to a new home at 3470 Mission Street in for 47 years (1972-2019).

After an unsuccessful year-long negotiation with their landlord, the business relocated to its current space in 2019 in the Excelsior. Navarro’s new commercial signage highlights the businesses’ emphasis on “self defense and fitness,” which hints at the fact that students may take many types of classes beyond Kenpo Karate. From Muay Thai, Eskrima, and Jiu-Jitsu, Navarro’s has also expanded over the years to include weight lifting, aerobics, yoga, and dance classes. Navarro’s grew its reputation within the Mission District for its important role in engaging especially children and teens in positive activities, and instilling in these young students a sense of respect and discipline. Students, many from low to moderate income households, often have the opportunity to participate in competitions and perform at community events. A number of Navarro’s former students have even led successful careers as stunt men and actors, including those who performed in the Ninja Turtles and Power Rangers franchises. 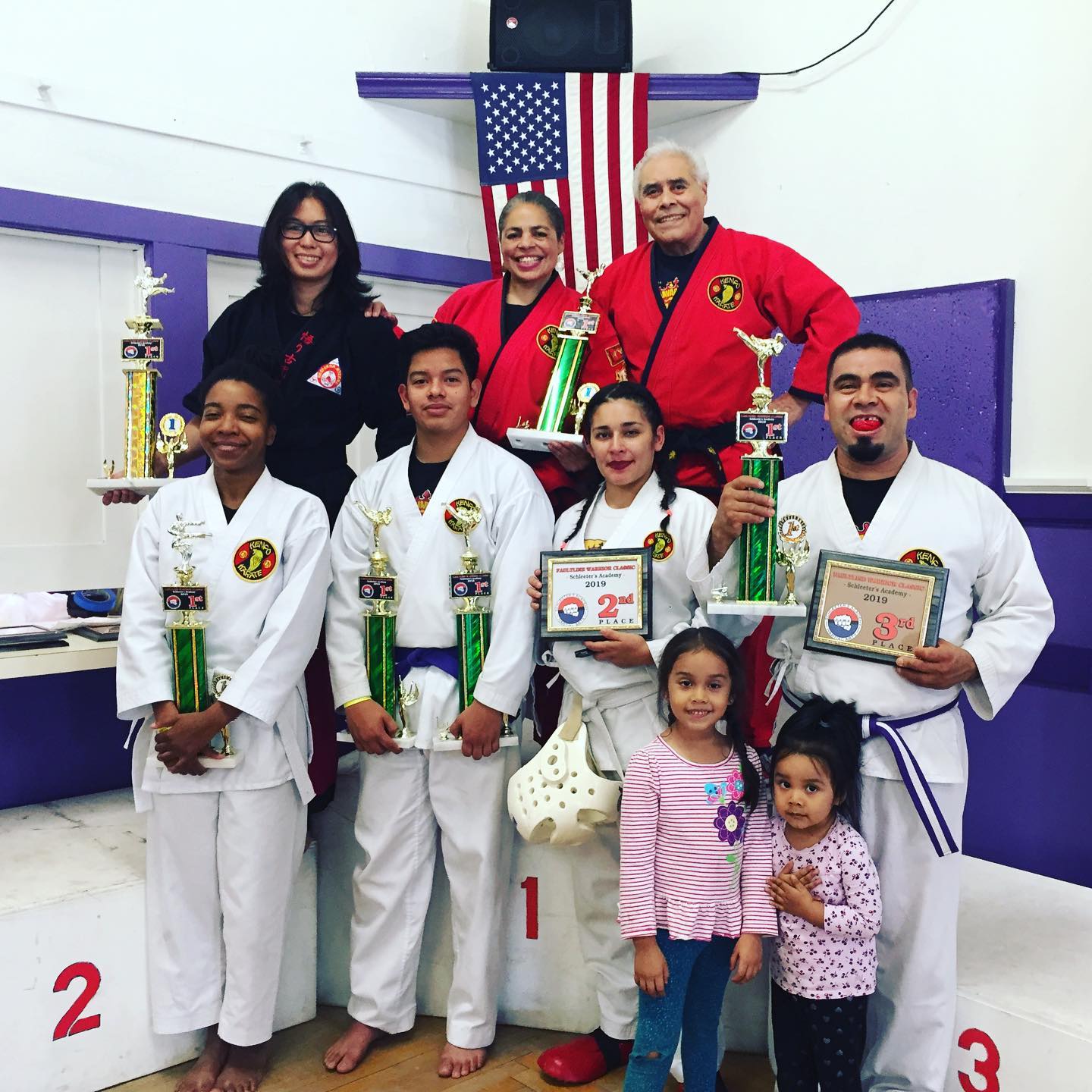 “Navarro’s Representing their Championship awards- All Winners!”Warriors Faultline Classic- November 16, 2019.” From Navarro’s Facebook page. Carlos Navarro and his daughter Rubie are pictured at the top in red uniforms.

Navarro’s is now a multi-generational business, with each member of the Navarro family playing a different role in the studio’s operations. For example, two of Carlos’ children, Rubie and Frank, are now assisting regularly as high-level martial artists and instructors. During their many years in the Mission, the Navarro family was known for speaking up on issues important to the Mission District and calling upon their relationships with community leaders and local politicians to benefit the community. Now in the Excelsior, Navarro’s continues this work as well as its community-focused business, hosting everything from Superbowl watch parties this past February to annual youth summer camps. We wish them many more years to come! 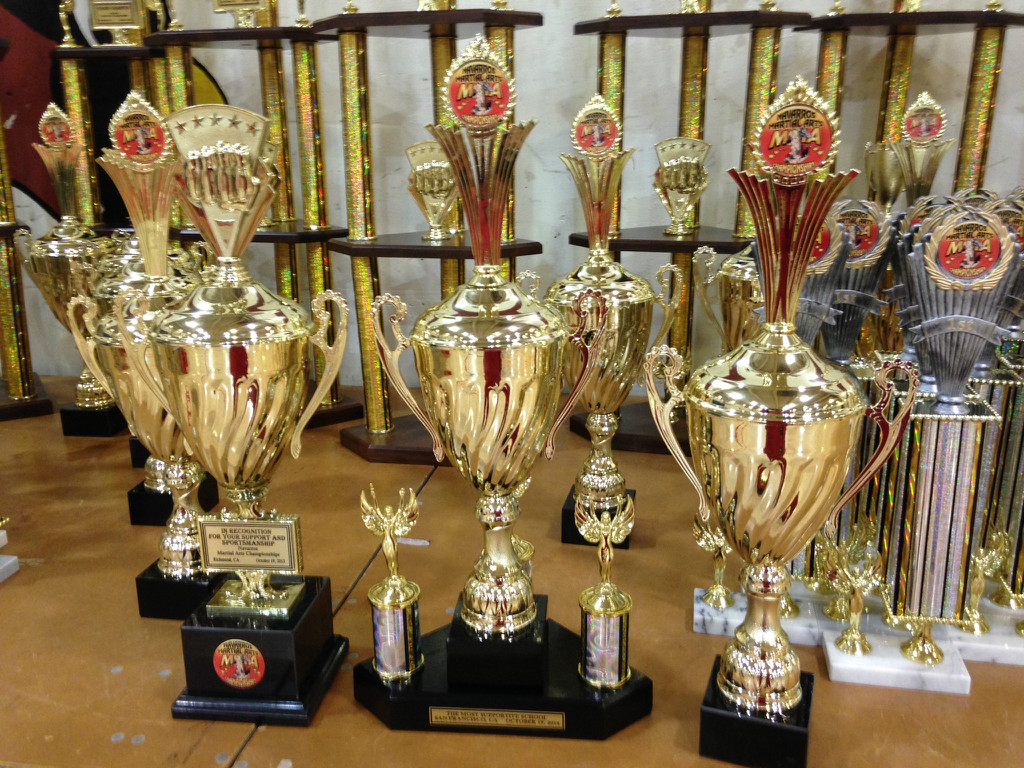 Displays of martial arts gear, photos, and trophies (above) inside of Navarro’s tells the history of the business.