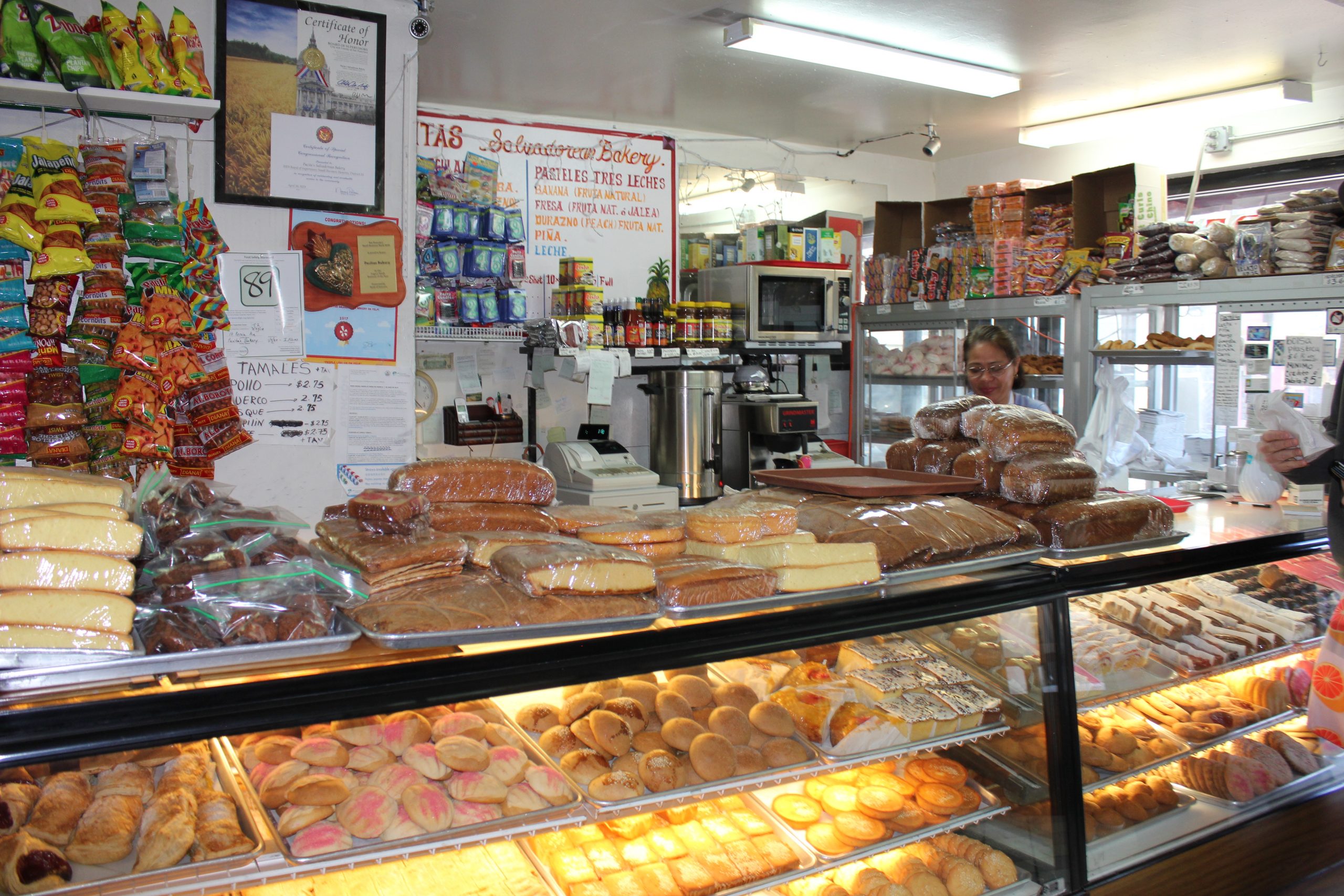 The colorful spread inside of Pacitas Salvadorean Bakery, March 2020.

We’re spotlighting Pacitas Salvadorean Bakery (10 Persia), who on September 25, 2017, was the first business to be accepted to the Legacy Business Registry in the Excelsior. To qualify for the registry, businesses must be 30 years or older, be nominated by the Mayor or a member of the Board of Supervisors, or prove they have “made a significant impact on the history or culture of their neighborhood.” However, businesses 20 years or older can also join the Registry if they face significant risk of displacement and meet all other criteria. Although Pacitas was only 21 years in business when it was nominated, it faced significant risk of displacement as the property in which it was located was being listed for sale. Pacitas was nominated by the District 11 Supervisor, Ahsha Safai. 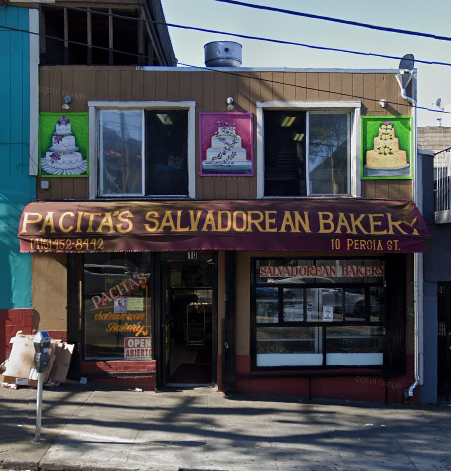 Located just off the Excelsior’s busy commercial corridor on Mission Street, Pacitas has served handcrafted Salvadoran bread and pastries to residents of the Excelsior District for 24 years. It was opened in 1996 by Salvadoran émigré Maria Paz Rodriguez, who after arriving in San Francisco in 1990 worked in a bakery until she saved enough funds to open her own.

Pacitas Salvadorean Bakery was the first to sell Salvadoran bread in the Excelsior District, and with the area’s significant Salvadoran population, became an instant favorite (until that point, the only Salvadoran bakeries in San Francisco were located in the Mission District). Maria operated the business
single-handedly for the first few years until her siblings joined her in San Francisco from El Salvador to help out with the business.

Pacitas’ specialty is Salvadoran bread, which is traditionally made by hand of a bran-based recipe. Made onsite, Pacitas Salvadoran bread and other typical Salvadoran food items like tamales (characteristically wrapped in banana leaves), quesadillas, pupusas, sodas, sour cream, and cakes, are sold at the store or through large catering orders for events such as quinceñeras, weddings, communions, holiday parties, and other family events, especially during the fall and spring holiday seasons. The business also participates in community events such as the Excelsior Festival (presented by the Excelsior Action Group), and frequently donates bread and pastries to community groups, churches, and schools for various events. 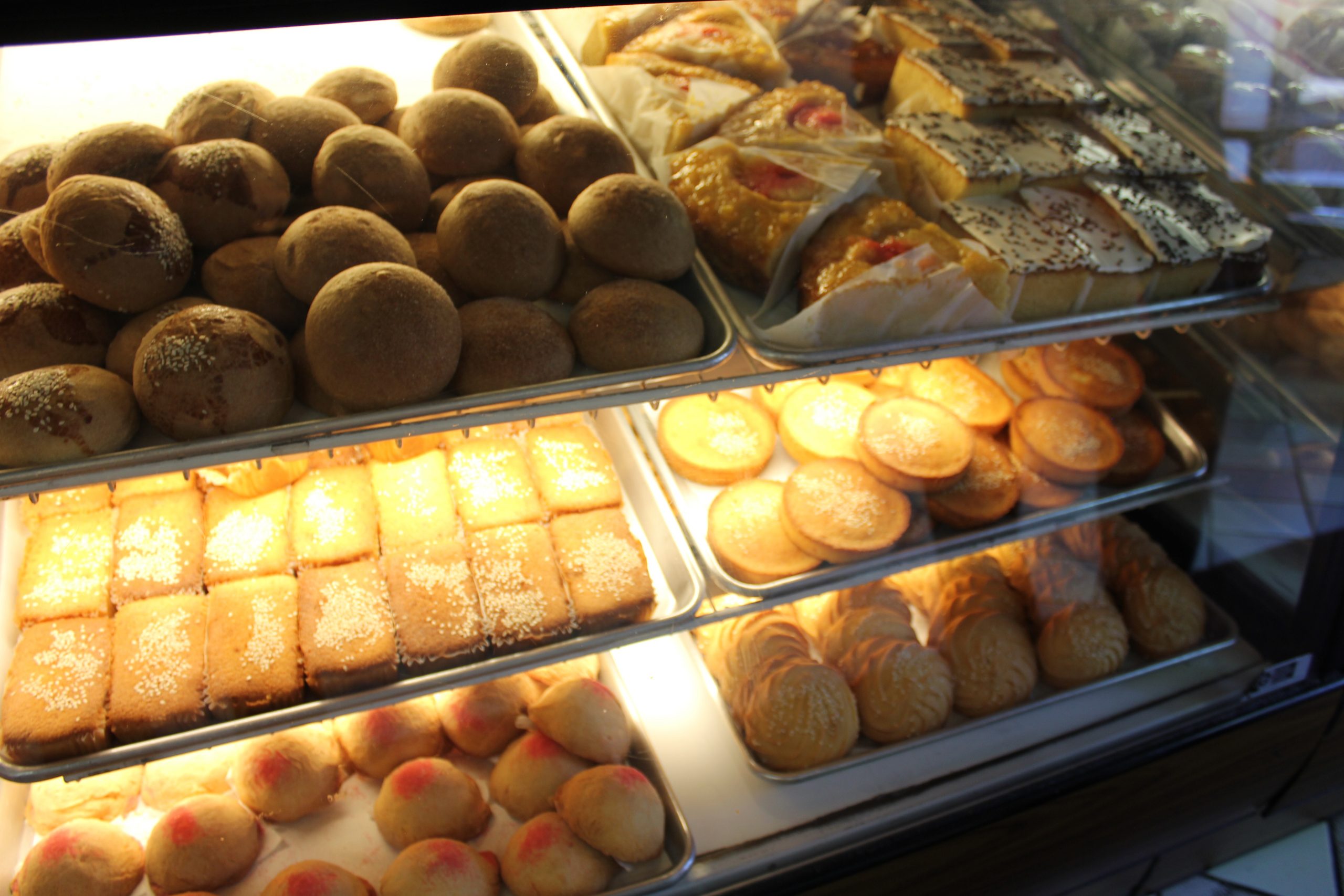 Pacitas received international attention when the Spanish-language television channel, Univision, ran a story about the Temporary Protection Status immigration program and featured Maria Paz Rodriguez and her successful small business as an example of someone who benefited from the program. That publicity resulted in even more customers.

The bakery continues to support Salvadoran culinary traditions in the Excelsior to this day. Since Pacitas opened, more businesses offering Salvadoran specialty food items have opened and continue to operate in the Excelsior, including Panaderia Andrea (4511 Mission Street) and Pupuseria Metapan (4769 Mission Street). Have you visited Pacitas? What is your favorite Salvadoran food in the district?