Today we would like to share a recent video we came across, an excerpt of Walter G. Jebe Sr’s oral history interview about the Excelsior. Jebe, the former president emeritus of the San Francisco History Association, operated a camera shop for over forty years on Mission Street in the heart of the Excelsior. 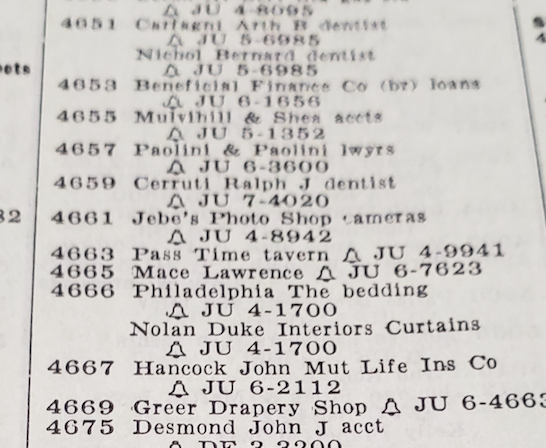 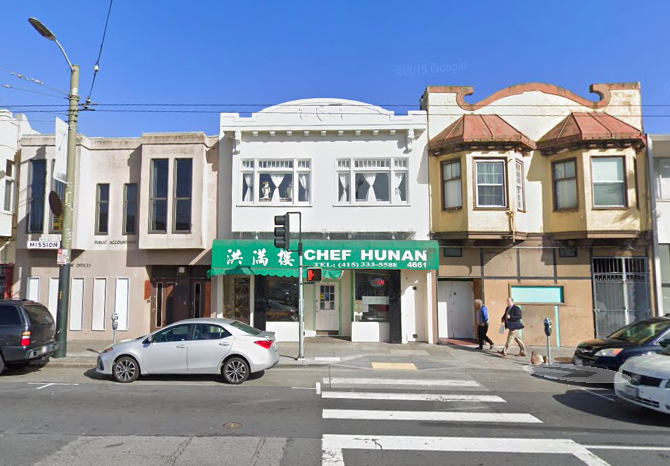 Jebe’s camera shop is today Chef Hunan restaurant, which hints at the Excelsior’s changing demographics over the years.

His great love for and connection to the district led Jebe to author Arcadia Publishing’s “San Francisco’s Excelsior’s District,” published in 2004. On putting together his Excelsior history, Jebe quipped that “organizing, planning, and enduring all of the difficulties to put this material together…was like Eisenhower planning the ‘D’ Day invasion of Normandy.” Joking aside, the book features a history of many of the district’s historic homes and businesses, as well background on the Irish and Italian communities that put down roots there in the 1860s. 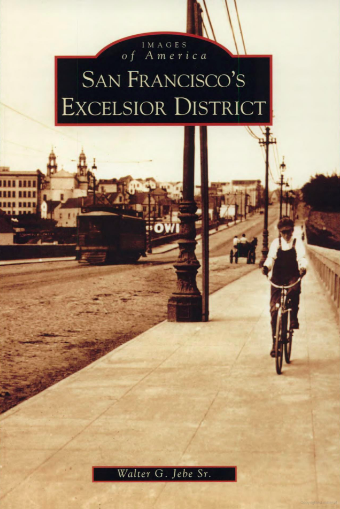 In 2006, The Friends of the Geneva Car Barn and Powerhouse and Lick-Wilmerding High School collaborated on an oral history project that included a short interview with Jebe about the Excelsior District. In this video excerpt, Jebe laments the lack of attention paid to the outer neighborhoods like the Excelsior over the decades, and how (until recently) “nothing was preserved outside of downtown except Mission Dolores.” Heritage agrees that more work needs to be done: while more City Landmarks have since been designated in the southern neighborhoods for example, places like the Excelsior are still very much underrepresented in the traditional preservation spotlight.

Jebe also mentions how the district supplied all the necessities of life: “The Excelsior District was very much self contained,” he said. “You could buy just about anything you wanted,” from “the largest French bread bakery out there, the Royal Baking Company” to “Farrah’s Department store where they advertised you could be outfitted from womb to tomb.” There was one thing however that you couldn’t get: “You could buy anything you wanted except an automobile.”

The Excelsior retains its small-town character to this day, and many special historic resources remain. Watch Jebe’s interview below, and tell us how you remember and experience the Excelsior using the hashtag #HeritageExcelsior on social media: