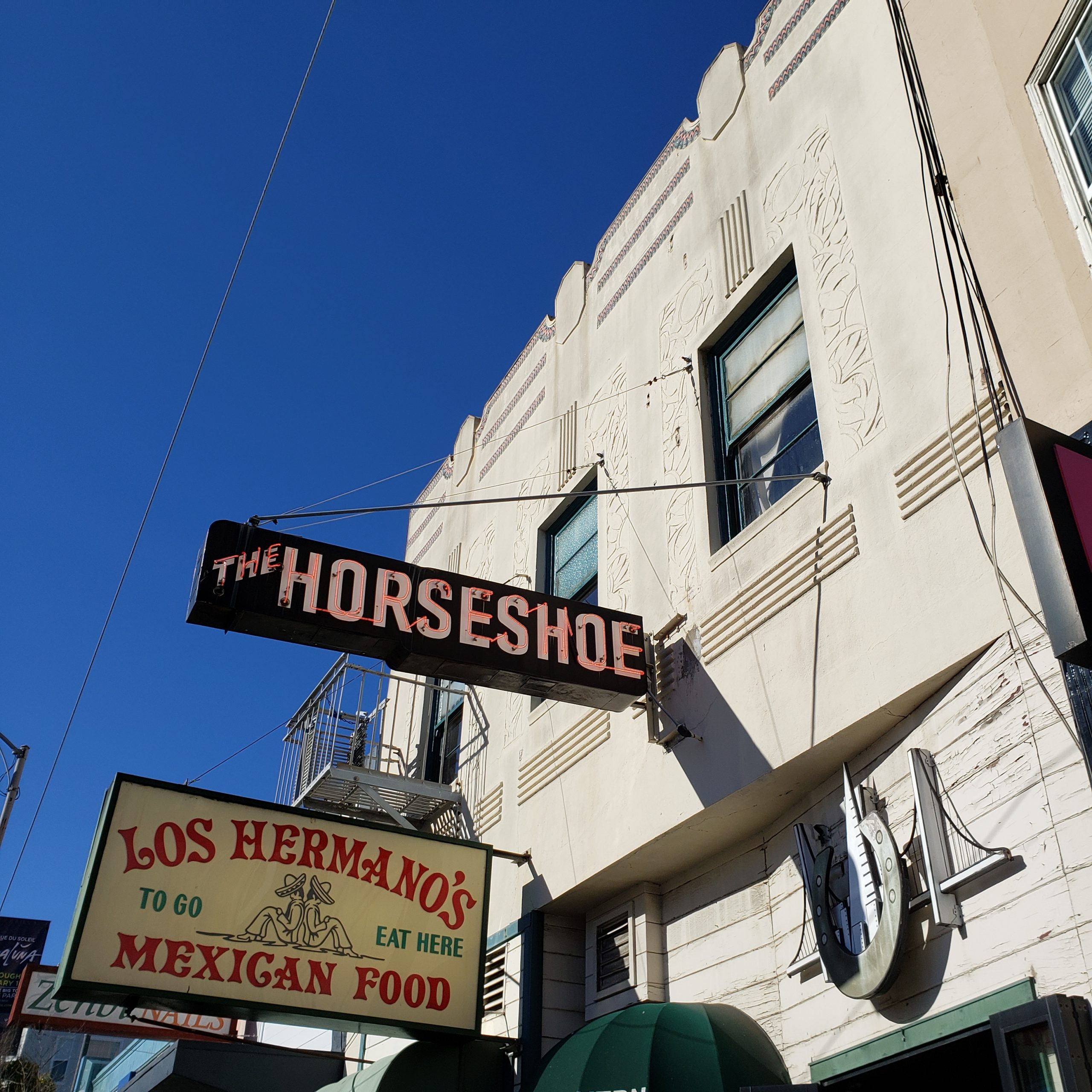 The Horseshoe Tavern, at 2024 Chestnut Street. The Horseshoe Tavern’s Art Deco building was constructed during the zenith of Art Deco and Streamline Moderne storefront design, and along with other standout examples on Chestnut Street is a significant example of commercial storefront architecture. Its well-kept neon sign is one of the few examples left in the district. Heritage photo.

While not yet on San Francisco’s Legacy Business Registry, these beloved Marina businesses deserve recognition.

Affectionately known as “The Shoe” to its regulars, Horseshoe Tavern was established in the Marina District on Fillmore and Chestnut in 1934. According to the San Francisco Assessor’s Report, this was the same year the bar’s Art Deco-style building was erected. The bar’s original owner was storied character Vic Ramos, who served as a US Marine and a football player for an early team that would go on to become the San Francisco 49ers. Ramos set up shop on Chestnut Street at a time when the Marina District’s transformation from pre-1920s mud flats to populous residential district was nearly complete. Ramos gathered a popular following and a devoted local crowd for his small watering hole.

Over the next several decades, the Horseshoe Tavern’s name changed a few times (“The Wrinkle Room” and “God’s Waiting Room”) but always maintained its faithful regulars. Three such regulars, Robert Walker, Brenda Turner, and Stefan Wever, made Ramos many offers to purchase the bar, which he always turned down. Finally after thirty-eight years serving as the bar’s owner and proprietor, Ramos gave them their wish. The three enterprising patrons decided to return the beloved watering hole to its roots and christened it once more the Horseshoe Tavern. 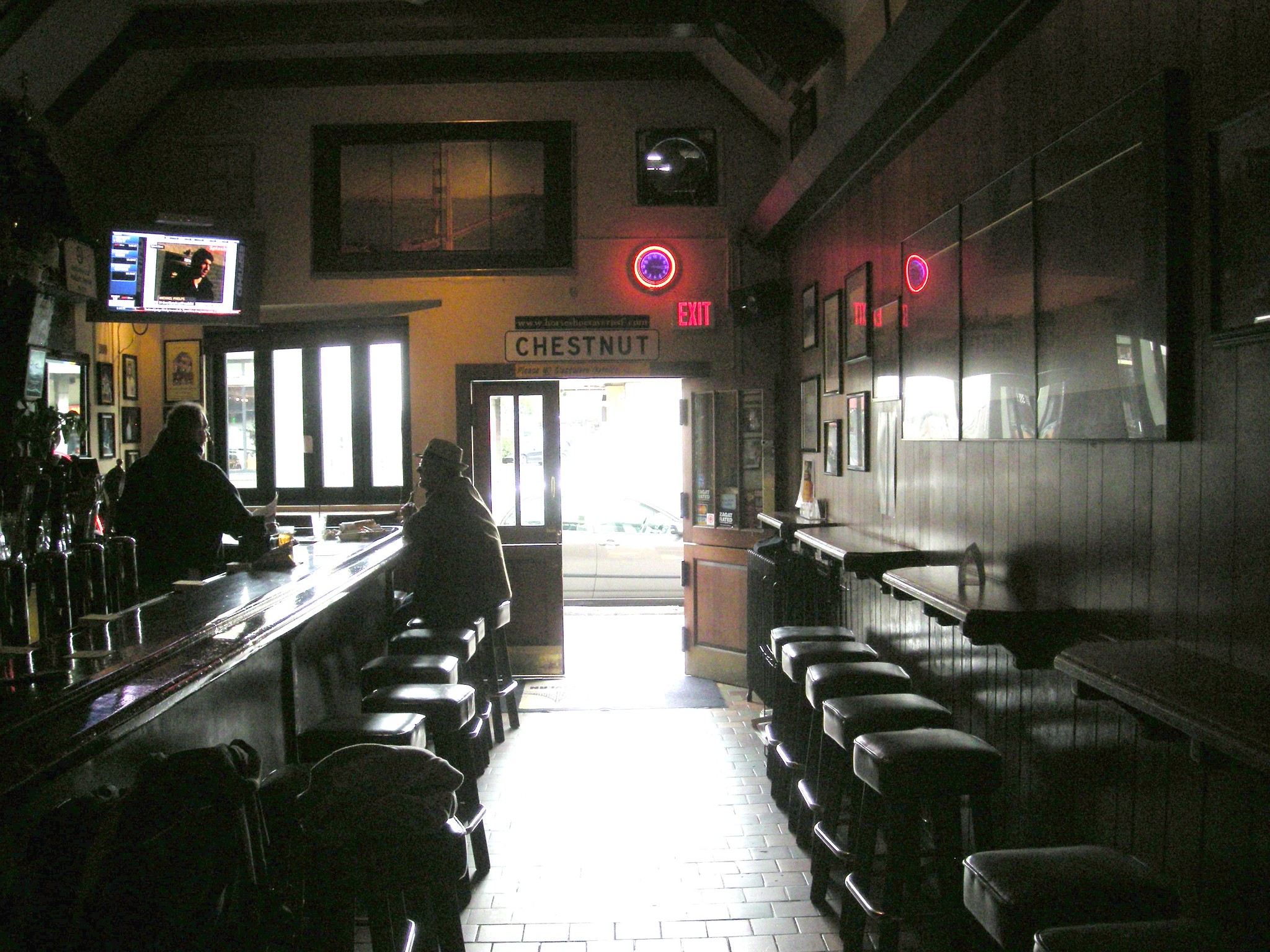 Interior of Horseshoe Tavern in 2009, by FogCityFog on Flickr.

Pool tables and a new jukebox updated the bar, but the Horseshoe remained much as it was since its inception. Amidst a crowd of upscale bars, Horseshoe Tavern boasts being a “non-Marina bar in the Marina” and persists as a classic San Francisco institution. Earlier this month, they debuted a brand-new parklet outside the bar for patrons to enjoy their drinks in the sun. They are open 7 days a week, but their pandemic hours vary: visit them on Instagram @horseshoe_tavern_sf for the latest updates. 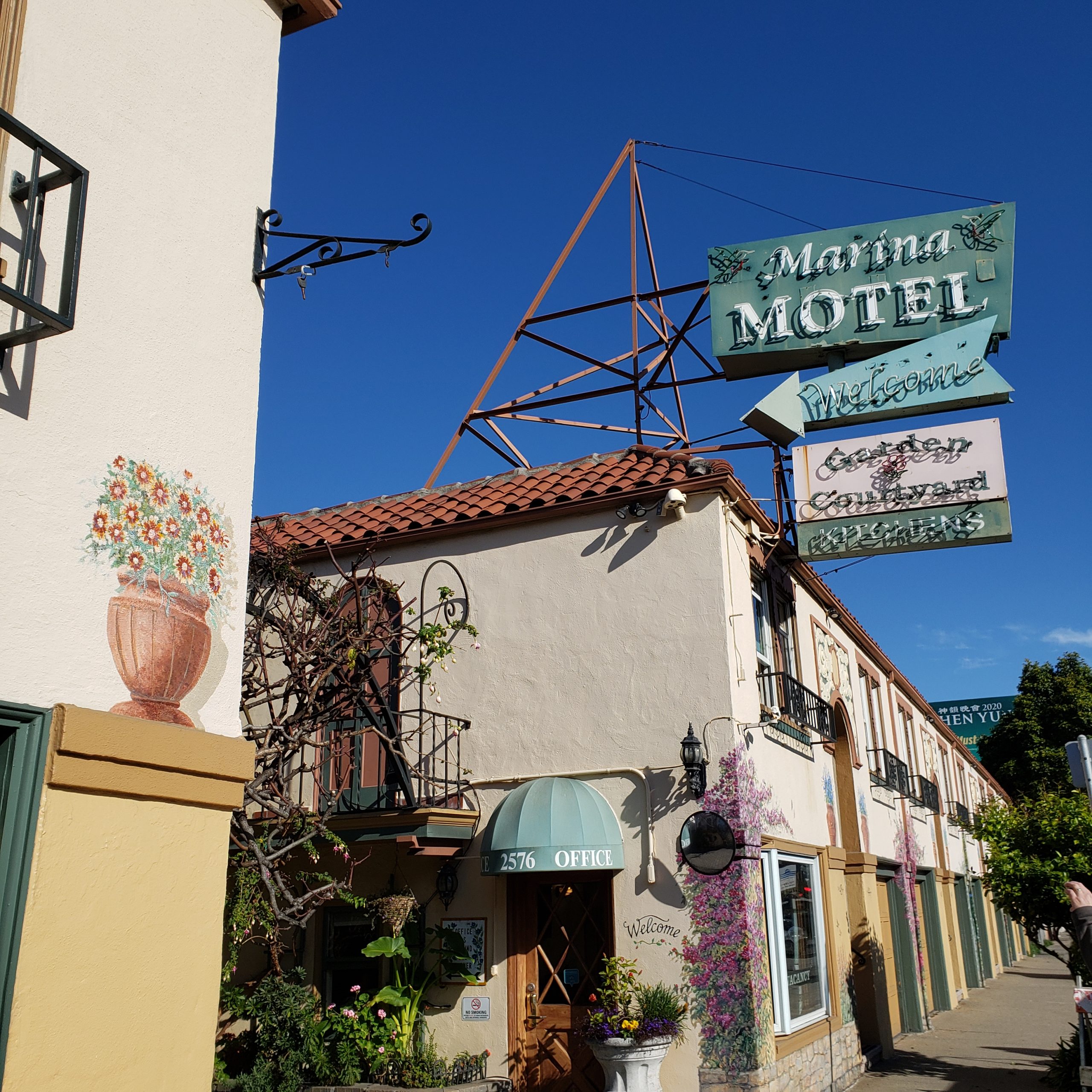 While Horseshoe Tavern was built the year after construction started on the Golden Gate Bridge, the Marina Motel debuted soon after the bridge’s opening. The motel opened in 1939 to celebrate the opening of the city’s now-iconic landmark. While Lombard is today a busy six lane boulevard lined with dozens of small motels, Marina Motel was one of the first to cater to the Marina neighborhood when it was a relatively new residential district in the 1930s.

A mural painted on the side of the Marina Motel touts that it “opened in 1939 to celebrate the opening of the Golden Gate Bridge.” Heritage photo.

The motel’s story begins with Henry Louis (also known as Lou), who was the son of Gold Rush miner who came from Hanover, Germany in 1852 to strike it rich in California. Young Lou lived in San Francisco with his mother and three siblings during the school year while his father worked his claim in the town of Madera (on the road to Yosemite) year-round. When Lou was nine, he received the news that his father had suddenly passed away from pneumonia.

With his father’s sudden death, Lou dropped out of school to help support his family and became a “runner” for the San Francisco Call-Bulletin newspaper, delivering stories by hand from reporters around the city to the publisher’s office. As Lou matured, he opened a cafe and bakery along the Embarcadero in the early 1900s to serve hungry ferry passengers. When his business burned down in the 1906 Earthquake and Fire, Lou tried his hand at opening a Ford dealership selling Model A’s and Model T’s.

A peek inside the Marina Motel’s auto court. Heritage photo.

After the end of the Panama Pacific International Exhibition in 1915, Lou jumped in to help develop out the growing Marina neighborhood. At the age of 70, he took a trip to Niagara Falls and stayed at his first “Auto Court.” These proto-motels incorporated in their plan dedicated parking spaces for automobiles, and were usually erected adjacent to busy thoroughfares and highways. In the Marina Motel’s case, this busy thoroughfare was the new Lombard Street (US 101) which led directly to the Golden Gate Bridge.

According to the Marina Motel, Lou pulled himself out of retirement and decided to open San Francisco’s very first Auto Court. Neighbors thought such a place would attract gangsters, their suspicions fueled by FBI Director J. Edgar Hoover, who railed against auto courts as places “haunted by nomadic prostitutes, hardened criminals, white slavers and promiscuous college students (the Ocean Park Motel in the Sunset District suffered the same suspicions when it opened in 1937).” After a lengthy battle, Lou was able to start building little apartments surrounding an inner courtyard. Just before he finished, he was able to get the “motor courtyard” zoning approved and built the last half of the rooms without kitchens.

Today, the Marina Motel is a unique example of roadside architecture. It predates the golden age of the motels, which began after World War II when motels were used by the traveling middle class. While the growth of interstate highways and chain motels ended the heyday of independent motels in the 1960s, the Marina Motel remains a unique example of an independent, family-owned motel in the city. It is still in the same family and is proudly operated by Lou’s granddaughters. With its distinctive design and years of service as a San Francisco business, the Marina Motel not only qualifies for legacy business status but is also worthy of preservation as a San Francisco landmark.

They remain open to the public with a variety of new protocols and practices in place to keep staff and guests safe. 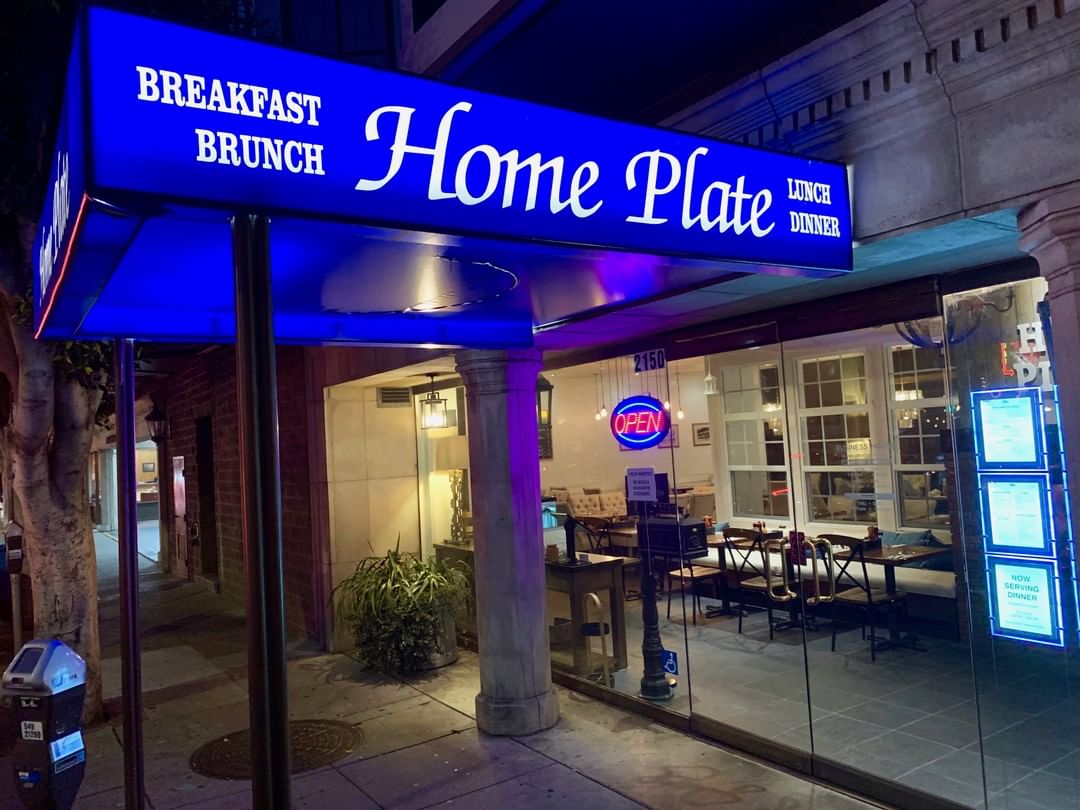 Home Plate, at the heart of busy Lombard Street in the Marina District, is a classic food spot that has graced the city of San Francisco for over thirty years. 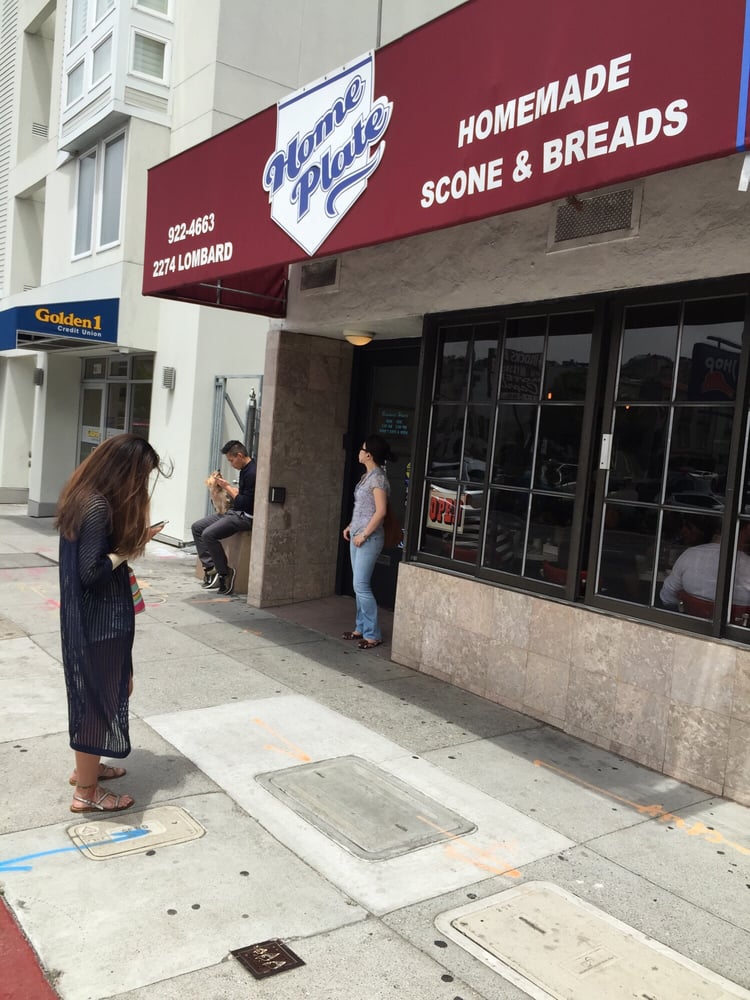 For years Home Plate was located up the block at 2274 Lombard Street, where it had a no frills diner atmosphere and became the breakfast spot of choice for a loyal set of regulars. For under $10, customers could order breakfast specials like omelettes, frittatas, and two-egg plates with a side of potato pancakes or hashbrowns. Their namesake is an homage to baseball years of old, and on their walls they displayed photos of classic baseball players like Babe Ruth.

The popular spot outgrew their space, and in February 2018 the business moved from its longtime home to 2050 Lombard, on the ground floor of the Cow Hollow Motor Inn. During the move, they took the opportunity to update the dining experience, and today the interior is less of a diner and more of a nice brunch spot with white-cushioned chairs and decorative light fixtures. The new spot also doubled the seating capacity of their former spot, and Home Plate is now able to serve many more customers. Classic breakfast options remain on the menu with complimentary signature scones, and they have even started opening for dinner!

Satisfy your craving this weekend!

Home Plate is open during the pandemic, and have created a special “value meal” that diners can take home. Explore their menu here. 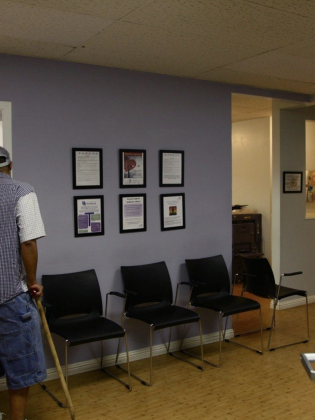 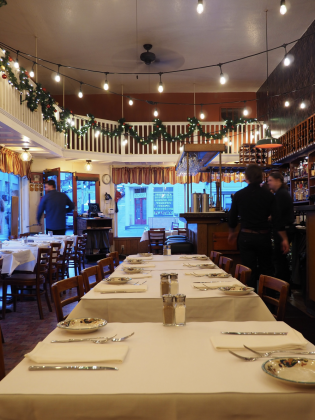