We are pleased to report that the winner of our Visitacion Valley landmark campaign, St. James Presbyterian Church, is moving through the landmarking process. District 10 Supervisor Shamann Walton will initiate landmark designation for the Julia Morgan-designed building at the Board of Supervisors meeting on June 7. Recognizing that the quickest path to city landmark status is through initiation by a member of the Board of Supervisors, last month SF Heritage and partners at the Visitacion Valley History Project met with Supervisor Walton to share details about our campaign and its results. We are grateful for his office’s support in boosting recognition for historic resources in Visitacion Valley! Stay tuned for more news in the weeks and months ahead for how you can help support St. James’ landmark designation.

On Wednesday, June 15, 2022, the city landmark nomination for the Delia Fleishhacker Memorial Building, also known as the Mothers Building, comes to San Francisco’s Historic Preservation Commission. This is your chance to comment on designating this important site.Supervisor Myrna Melgar, with co-sponsor District 4 Supervisor Gordon Mar, first initiated city landmark proceedings at the Board of Supervisors meeting in March 2022, supporting long-overdue recognition for this west-side site.

On May 24, the San Francisco Board of Supervisors (BOS) adopted a resolution initiating a landmark designation amendment for the Castro Theatre. Supervisor Rafael Mandelman originally submitted the resolution during the May 10 BOS meeting, which seeks to amend the historic theater’s landmark status to include “the full historical, architectural, aesthetic and cultural interest and value of the Castro Theatre,” as opposed to the current designation that only covers the building’s elaborate exterior features.Included in the amendment would be the Castro’s significance as one of San Francisco’s longest operating and most iconic LGBTQ+ social spaces, as well as its ornate interior.

This comes amidst ongoing community discussions focused on the future use of the 100-year-old landmark, particularly its critical role as a venue for film and a vital gathering place for the LGBTQ community. 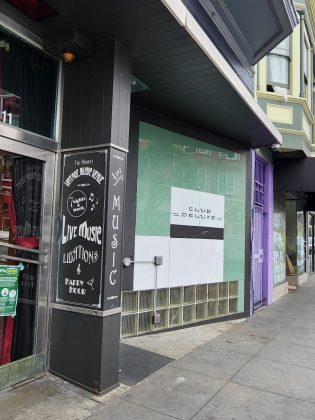