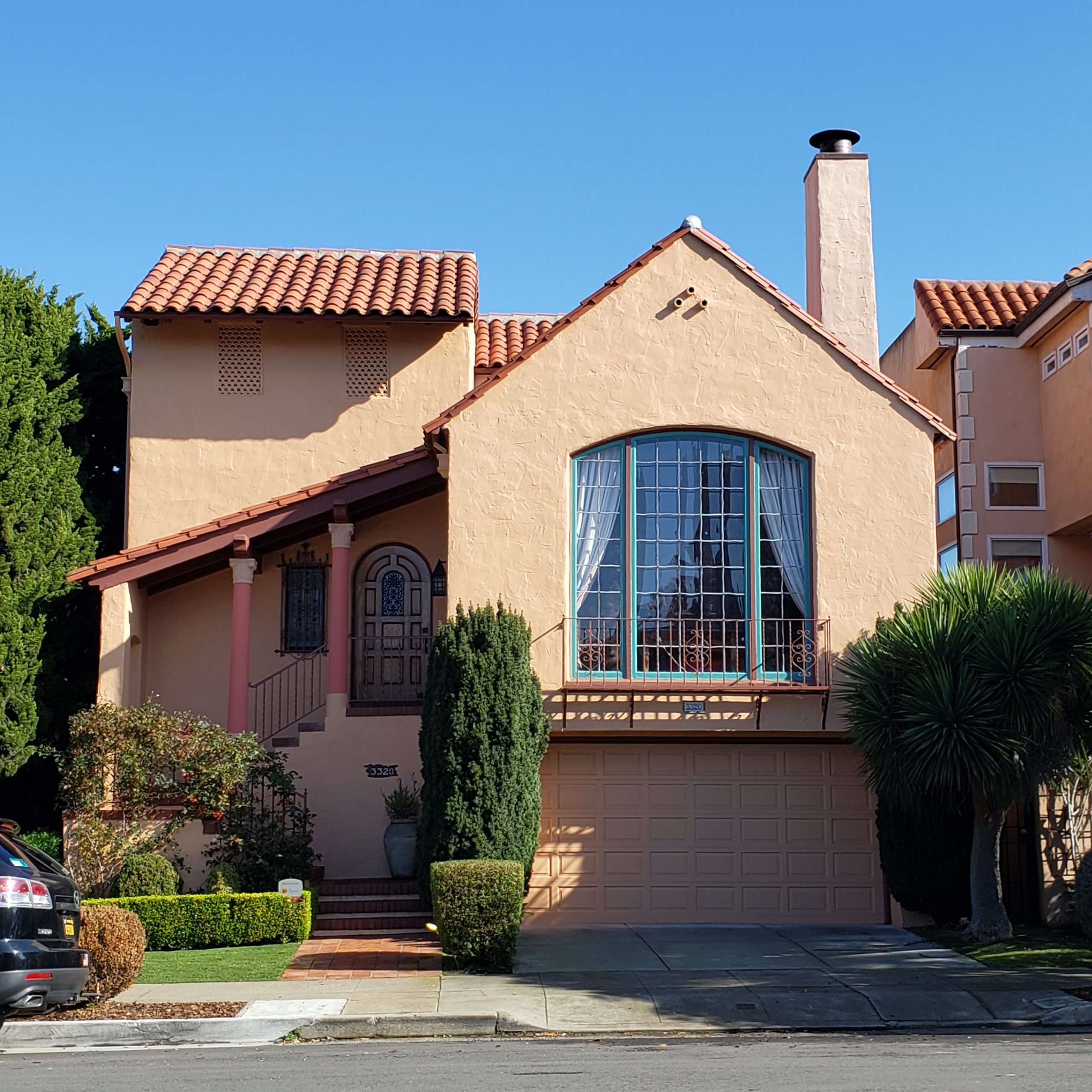 Facing the Marina District’s Palace of Fine Arts Lagoon stands the former home of one of the best-known and most colorful journalists of the early twentieth century. Winifred Sweet Black Bonfils (1863-1936) worked for a number of papers run by mogul William Randolph Hearst, and was known not only for her writing and reporting but her ingenuity and tenacity in obtaining stories.

Taking the pseudonym Annie Laurie, she scored a number of exposés, scoops, and circulation-building publicity stunts. For example, she staged a “fainting spell” to test the effectiveness (or lack thereof) of San Francisco’s emergency services, and her exposé led to the purchase of a city ambulance. In 1900, she disguised herself as a boy and slipped through a police cordon to become the first outside reporter and only woman journalist to enter Galveston, Texas, in the aftermath of the city’s disastrous flood of September 8. She opened a temporary hospital there and administered relief funds collected through the Hearst papers. Her charitable spirit extended to her column in the San Francisco Examiner, where she mobilized public concern by organizing various charities and public benefactor campaigns.

Winifred also reported from San Francisco following its great earthquake of 1906; on child labor and juvenile justice issues; the leper colony at Molokai; and the trial of Harry Thaw in 1907, who was accused of killing architect Stanford White over “the girl in the red velvet swing” (Evelyn Nesbit). The favorable coverage accorded by Winifred and other female reporters to Evelyn Nesbit in the latter case gave rise to the epithet “sob sister,” which despite her dislike of the term stuck with her throughout her career. 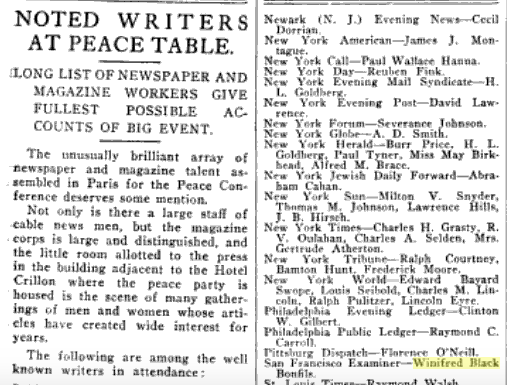 Winifred Black was one of only eight women to cover the Paris Peace Conference at Versailles during World War I. Excerpt from the Fourth Estate, February 8, 1919.

She later reported from Europe during World War I, and at Hearst’s request wrote a biography of his mother Phoebe Apperson Hearst.

The Mediterranean Revival residence at 3320 Baker Street, just steps from the Palace of Fine Arts, was her last home. Built in 1927, it was designed by another trailblazing woman, master architect Julia Morgan. Winifred died here in 1936, and by order of the mayor Angelo Rossi her body lay in state at the rotunda in City Hall.

Tags
Heritage in the NeighborhoodsMarina 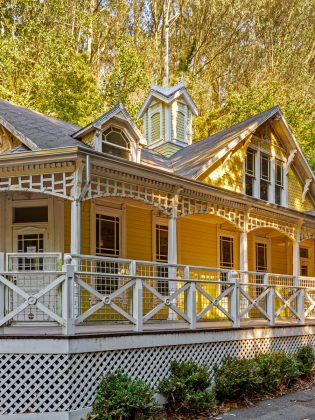