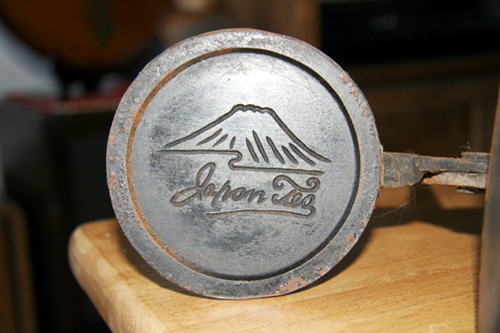 Iron kata used by the Japanese Tea Garden to make fortune cookies in the early 20th century, donated to the Smithsonian Museum of American History by Gary Ono.

We had a question last week on our Instagram post about Japantown legacy business Benkyodo Company, from someone asking if this historic confectioner was the original home of the fortune cookie. We couldn’t resist going down that rabbit hole! 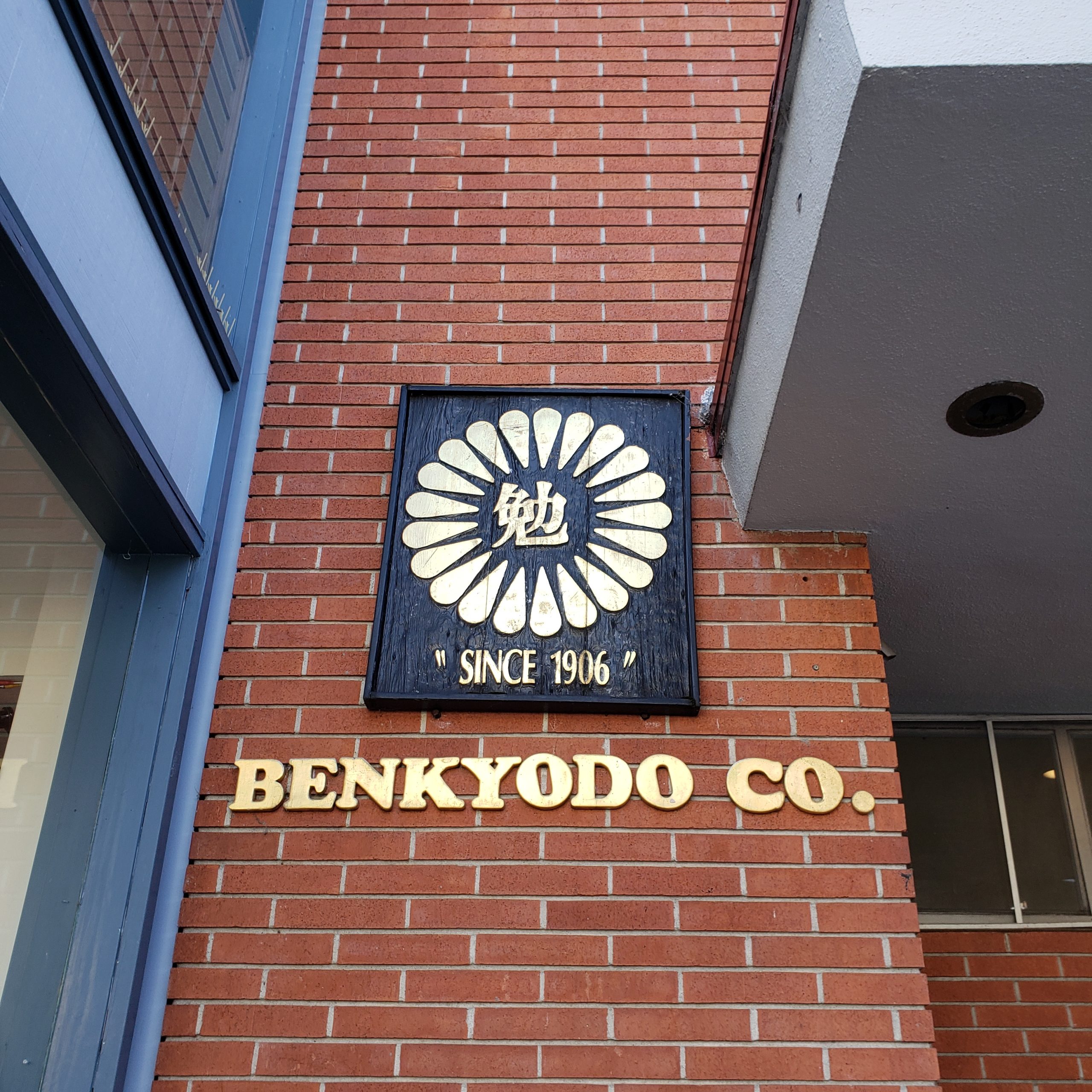 Suyeichi Okamura, founder of what was then the Benkyodo Candy Factory in 1906, was asked to supply fortune cookies by Makoto Hagiwara, a landscape designer who ran the Japanese Tea Garden at Golden Gate Park in San Francisco. Hagiwara has a strong claim to the modern fortune cookie; as the story goes, he had the idea to put little notes in Japanese senbei (Japanese rice crackers), and would fold them by hand to serve to customers at the Tea Garden in 1914. 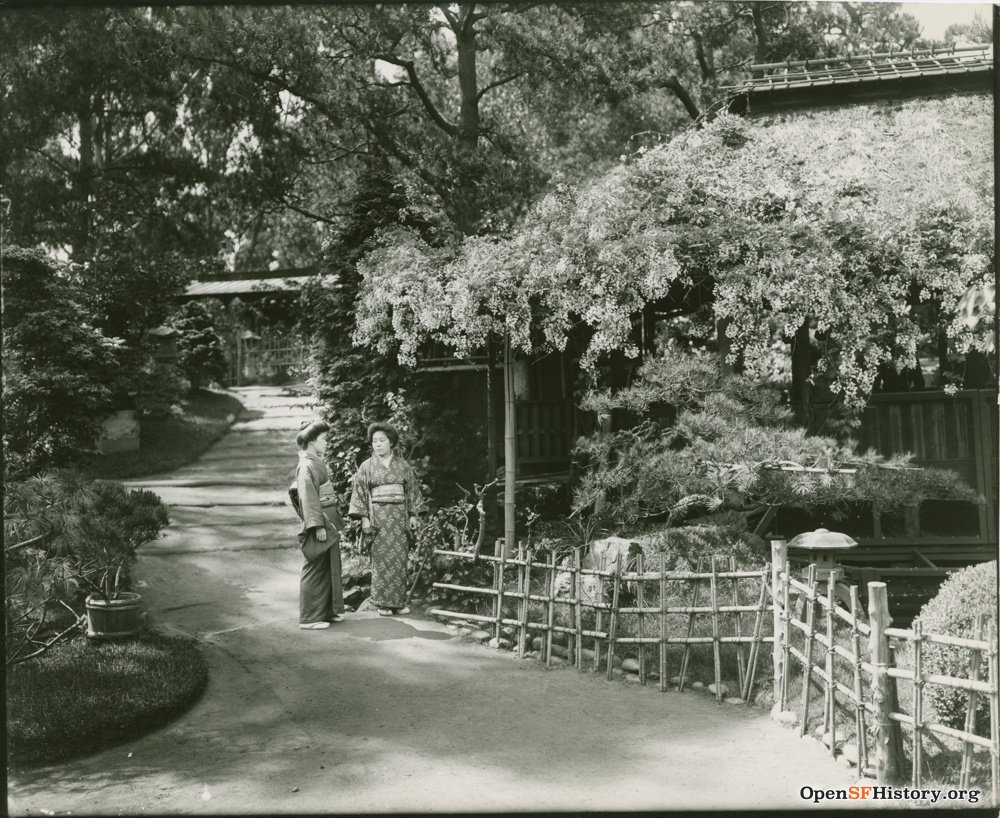 Japanese Tea Garden circa 1910. Sada Hagiwara (Yamamoto) on left, Koto Hagiwara on right. They are standing next to the tea house, where the Hagiwara family first served their fortune cookies. The Japanese Tea Garden was originally part of the Japanese Village, an attraction of the California Midwinter Exposition (World’s Fair) of 1894.  Because of its popularity, when the fair ended it was decided that the tea garden would continue.  To achieve this, Golden Gate Park Superintendent John McLaren entered into what is described as a “gentlemen’s agreement” with Japanese immigrant Makoto Hagiwara to develop and manage the garden. (OpenSFHistory / wnp70.0269.jpg) 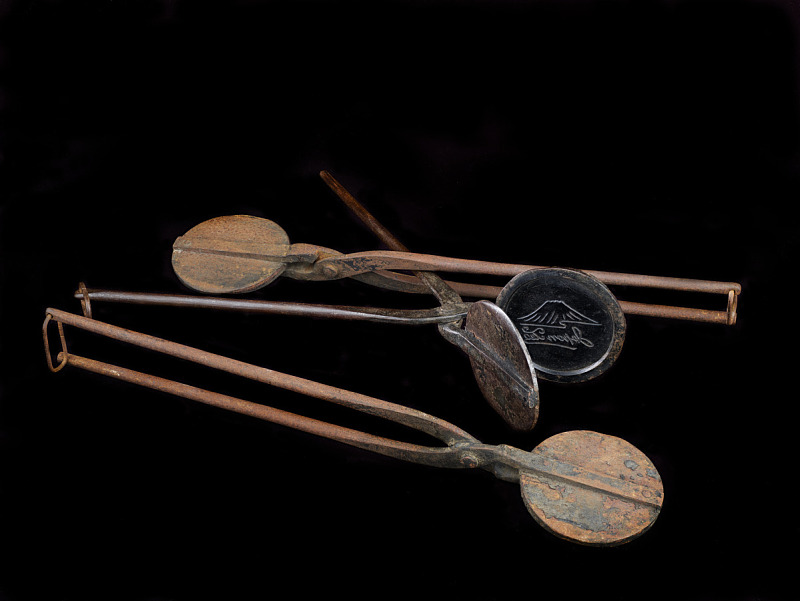 Today, Benkyodo and Hagiwara’s legacy lives on in the Smithsonian Museum of American History. Ono donated three of Benkyodo’s antique iron kata (hand skillet mold) to the museum, which were used by the Tea Garden to hand-make fortune cookies. Known as “sembei kata” in Japanese, these baking molds are used to bake the cookie wafer prior to being folded into the fortune cookie shape that we know today. Engraved on the object is an illustration of Mount Fuji and the Japanese letters for “Japan tea.”

Fortune cookie makers were among those interned. During World War II, Chinese restaurants surged in popularity and began manufacturing cookies “en masse,” author Jennifer Lee told KQED. Lee is the author of The Fortune Cookie Chronicles: Adventures In the World of Chinese Food. Longtime Chinatown legacy business Golden Gate Fortune Cookie Factory is one of the last businesses in San Francisco who make fortune cookies by hand in their Ross Alley shop.

“I like to say that the Japanese invented them, the Chinese popularized them, but the Americans ultimately consume them,” Lee said.

The next time you visit Benkyodo or the Japanese Tea Garden (both newly reopened with safety precautions during the pandemic), remember this uniquely San Francisco fortune cookie legacy.