On Thursday, December 13, 2018, the San Francisco Planning Commission unanimously voted to require the owner of the Largent House – designed by noted architect Richard Neutra and illegally razed in October 2017 – to rebuild the house at 49 Hopkins Street based on the original 1935 drawings. After a spate of unauthorized residential demolitions in San Francisco, the unprecedented decision by the Planning Commission has garnered international media coverage and stands as a powerful cautionary tale for future would-be offenders. The outcome is a testament to the tireless efforts of a broad coalition of community advocates working to spotlight and curb similar abuses across the city. Click here to read Heritage’s testimony at the hearing. 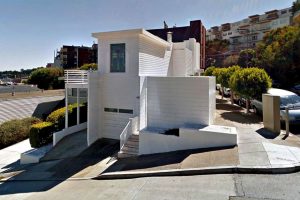 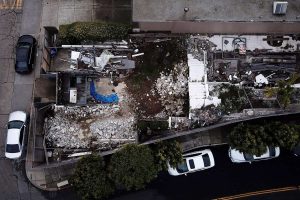 SF to developer who tore down landmark house: Rebuild it exactly as it was

A man illegally razed his historic San Francisco home. Now he must build a replica.

Developer is ordered to build an EXACT replica of a landmark San Francisco home designed by a famed architect after he illegally demolished the $1.7million property to make way for a new mansion