The Land (1932), by Gottardo Piazzoni in the Piazzoni Murals Room at the de Young Museum. Photo by Stephen J. Bodio.

When the Asian Art Museum opened in its new home in the former Old Main Library building in March 2003, Heritage announced the news with a concession: “The preservation battle over the planned treatment of the historic Civic Center resource is in the past, and it is time to consider the resulting facility on its own architectural terms, as much as possible.” (Heritage News, May/June 2003)

In 1998, when it was announced that the San Francisco Public Library’s Main Library branch was slated to move to a new facility the Asian Art Museum, which was previously housed in a wing of the de Young Museum in Golden Gate Park, was given the green-light to convert the building into a new state-of-the-art showcase. At the time, Heritage disagreed with the museum’s plans to alter and adapt the George Kelham-designed Beaux Arts building constructed as San Francisco’s Main Library in 1917. 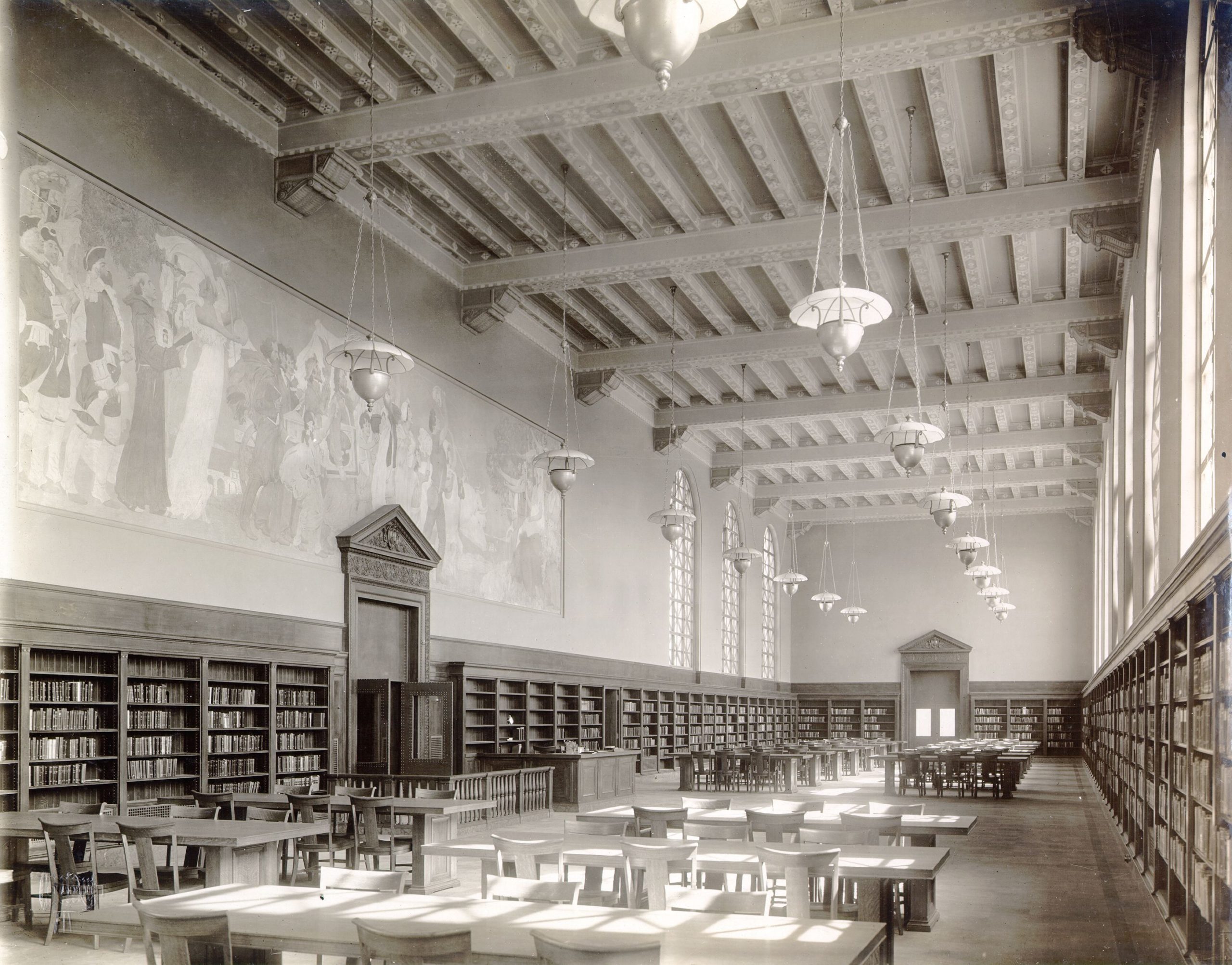 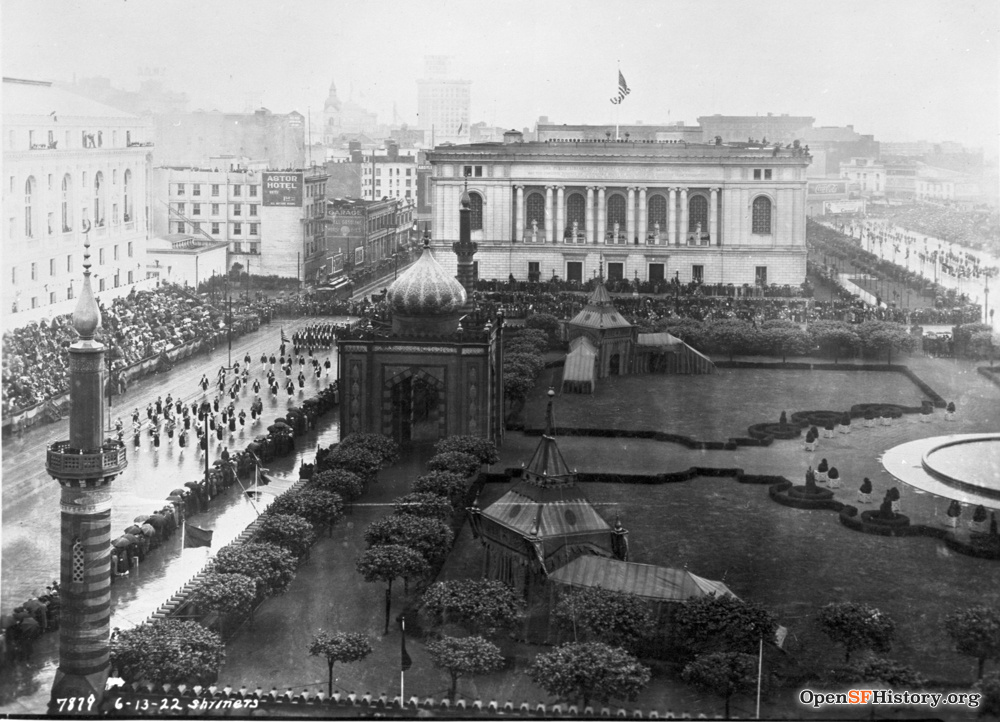 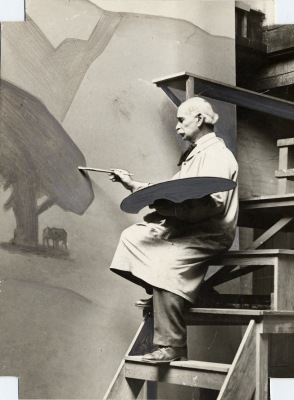 Heritage fought proposed alterations to the old Main Library building for almost two years (including in court), specifically opposing rehabilitation plans affecting significant interior features such as the loggia and the main reading rooms. Prominently lining the walls of the loggia were a series of murals by Swiss-born California artist Gottardo Piazzoni (1872-1945). Slated for removal, the murals were a focus of Heritage’s opposition to the Asian Art Museum plans. 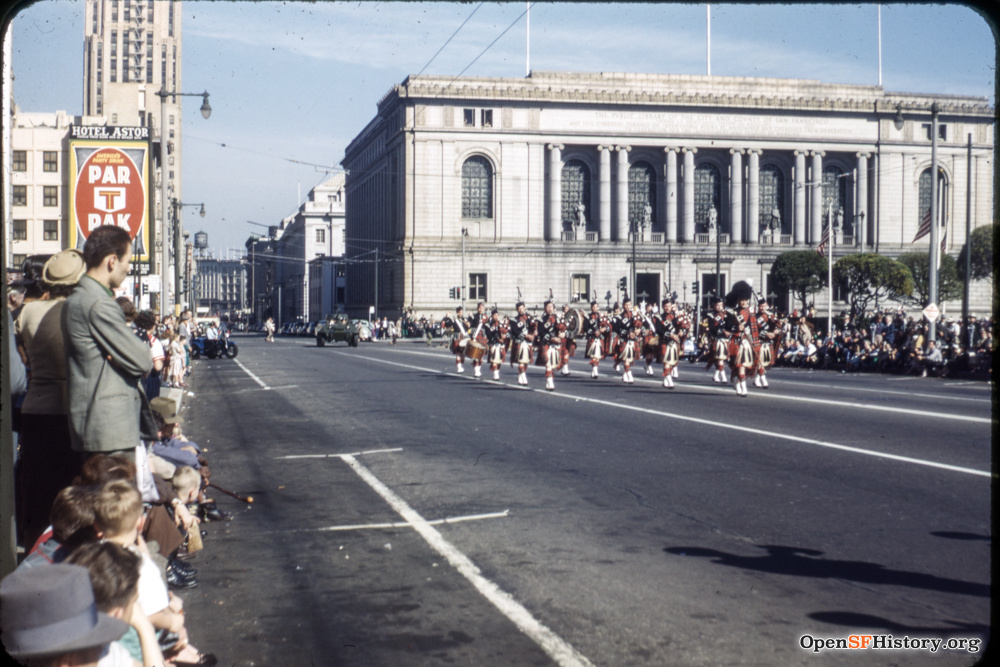 The Asian Art Museum in 2015. Changes to the facade include a mansard-like roof addition.

The San Francisco Superior Court rejected a stay to prevent the Asian Art Museum from proceeding with construction during the course of litigation. Given the likelihood that an appeal process could take a full year more—with work moving forward all the while—the Heritage board decided to give up the fight.

The loggia in what is now the Asian Art Museum. The window openings onto the atrium behind were where the Piazzoni murals originally resided.

For Heritage, it was a loss in more ways than one. Long-time research assistant William Beutner has argued that by fighting to keep the murals in place, Heritage alienated many in the Asian-American community who wanted to make a new home for the museum a reality.

Piazzoni mural, The Sea (1931), in the Piazzoni Murals Room at the de Young Museum. Photo by Stephen J. Bodio.

Today, the murals are situated in the de Young Museum in Golden Gate Park. The Asian Art Museum funded their beautiful restoration and they are on public display in specially designed light-filled space viewed by thousands of museum visitors each year. While the Old Main fight strained community relations and felt like a disheartening preservation loss in 2003, without it, the murals may not be on display today. All involved in the issue have probably considered different approaches, more collaborative attitudes taken, and that includes Heritage. But from the vantage point of 2021, the old preservation loss now feels like a positive outcome. 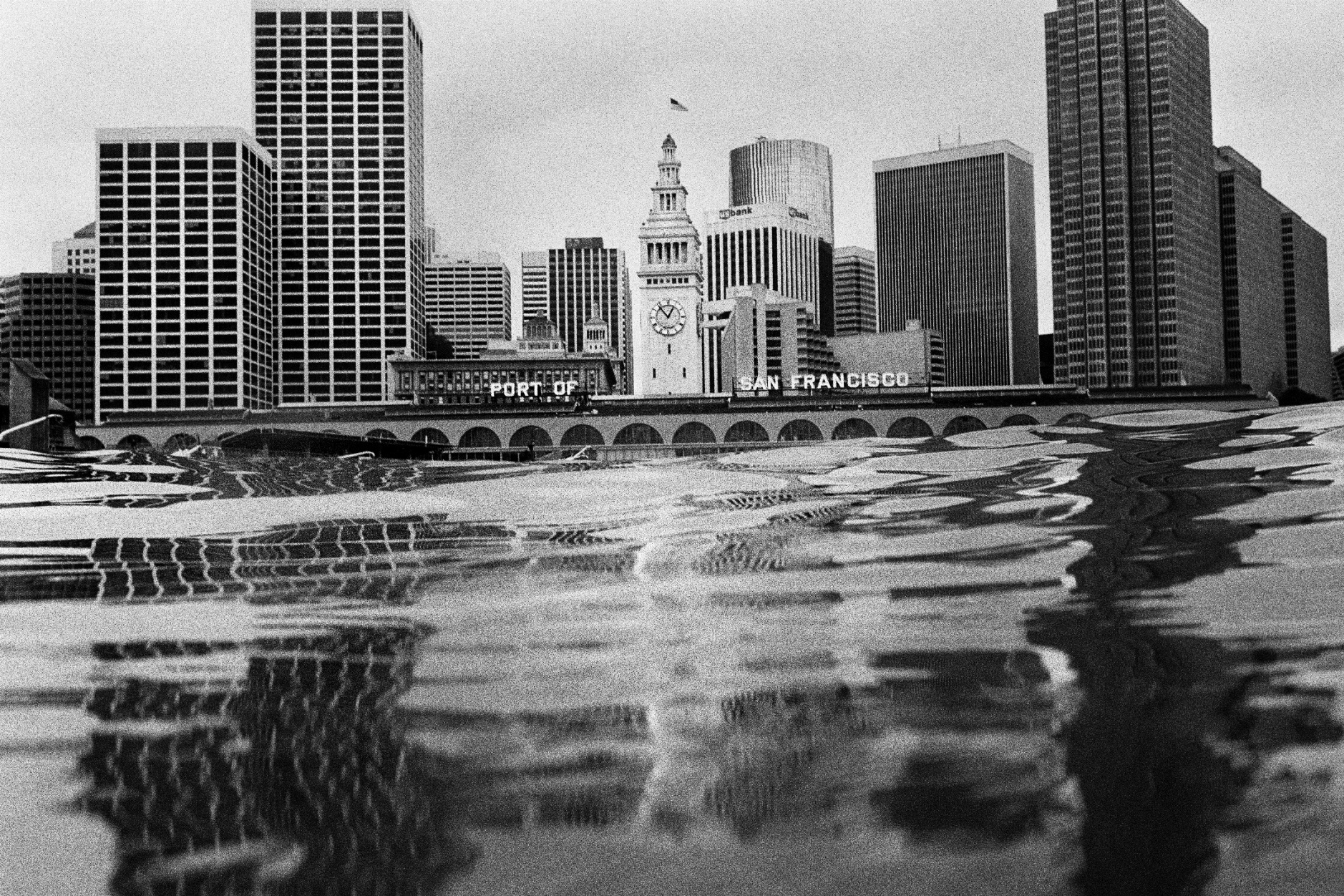 A view towards the Ferry Building on the Embarcadero from the San Francisco Bay. Photo… Read More

A set of cards Heritage created in 2017 to promote the Landmark Fund, featuring (clockwise… Read More