San Francisco Heritage is celebrating its 50th anniversary all through 2021. Each week we will share a short chapter of our history. Read the first post, “The Bench,” to learn about Heritage’s founding.

by Christopher VerPlanck
Victorians saved on cold November mornings in 1974—with one tight fit.

Heritage’s first project was assisting the Landmarks Board in its long-running fight to save some of the remaining Victorians in the Redevelopment Agency’s A-2 Project Area in the Western Addition. In late 1971, Heritage and the Landmarks Board identified the best buildings left in the A-2, and began negotiating with the Agency to save them. The Agency agreed and set aside 19 Victorians, offering them up for sale for nominal sums. Unfortunately, 13 of these had to be relocated, reducing the potential pool of buyers. Only two sold. Another was inadvertently demolished. With time running out, the remaining 12 seemed doomed. 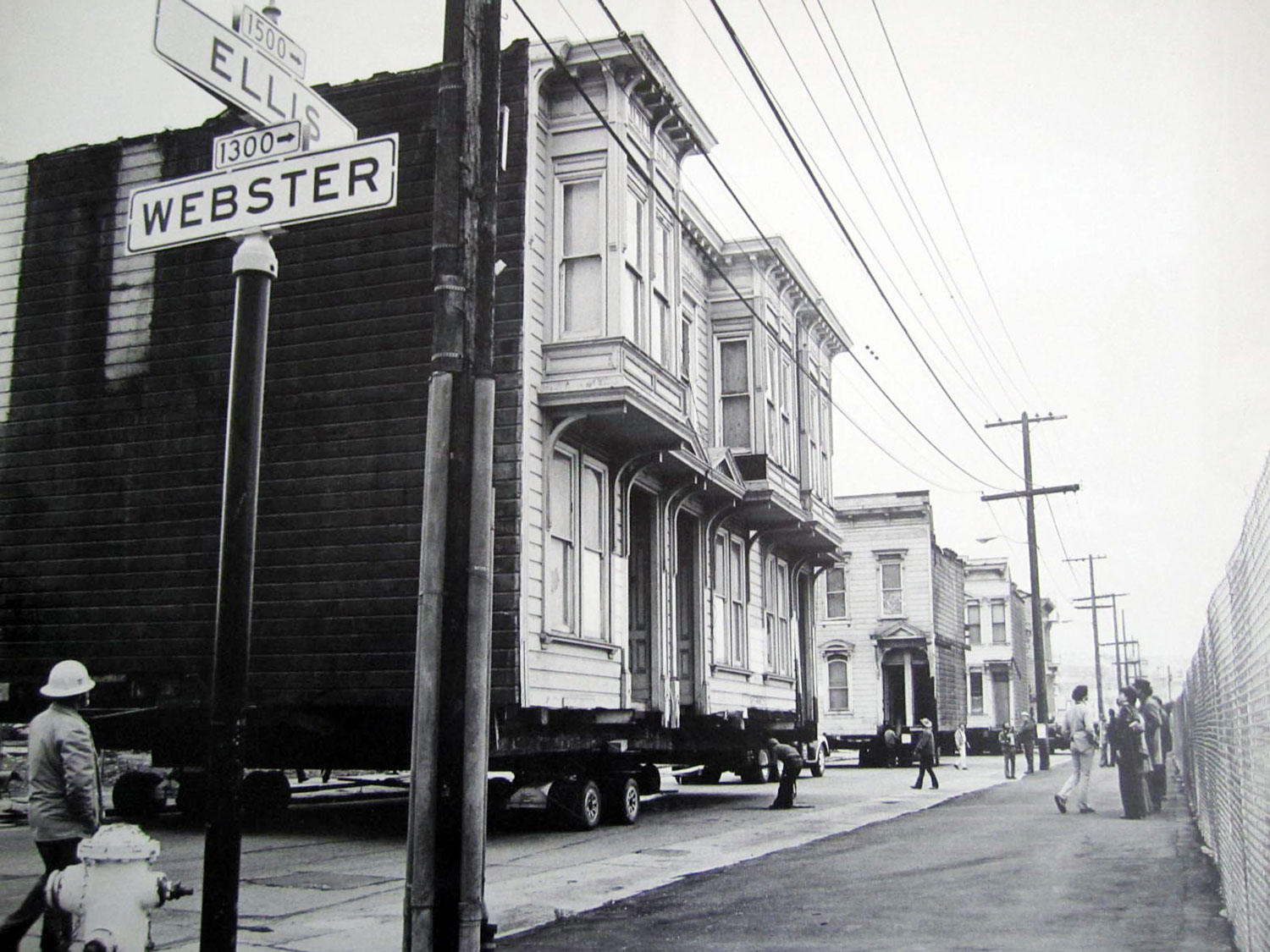 Victorian buildings on the move west on Ellis Street just past Webster Street in November 1974. The three-unit building closest to camera originally stood at 214-218 Elm Street and relocated to become present-day 1331-1335 Scott Street.

Trying to buy time, Charles Page and Heritage board member Mrs. Ernest Ophuls entered minimum bids on the remaining houses. Heritage then began searching for buyers and arranging for potential relocation sites within the Western Addition. Heritage’s efforts received a boost after the Agency obtained a grant of $150,000 to pay for the moving expenses. Heritage board member Larry Bacon then set up an attractive rehabilitation package from the Bank of America. With the financing and moving logistics lined up, a prospective owner only had to pull together about $20,000.

By the autumn of 1974, Heritage had found buyers for all 12 houses. The long-awaited move took place over three weekends in November 1974. Under stormy skies that continually threatened rain, crews began moving the houses. Most had been on the block where Opera Plaza is located. Eight, including 736-38 Franklin Street, ended up in a single cluster along Beideman Place—a narrow alley bisecting the block bounded by Scott, Divisadero, Eddy, and O’Farrell streets. 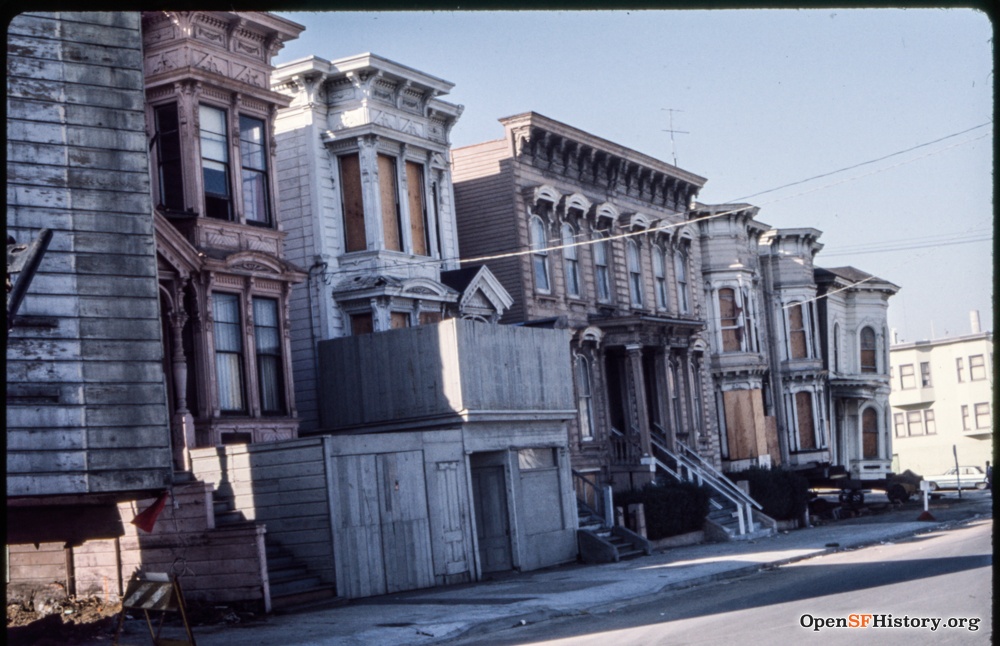 Relocated Victorians on the west side of Scott Street between Eddy and Ellis Streets. (Judith Lynch photograph; OpenSFHistory/wnp25.11436)

Moving the houses was not easy. Telephone and electrical wires and Muni overheads had to be moved, light standards turned aside, and traffic redirected. One of the most challenging was an elaborate Victorian that until 1974 stood at 773 Turk Street. Designed by the Newsom Brothers, the two-story Eastlake house was moved to 1735 Webster Street, only to find out that the house would not quite fit into its lot. The moving crew ingeniously used 2x4s to shoehorn it into place. For many years this house was featured on Heritage’s letterhead.

The former 773 Turk Street did not fit into its appointed site on Webster Street even though several inches had been cut from its side bay prior to the move. After shaving off several more inches, workers literally shoehorned the house into place using a 2×4 to squeeze it past the adjoining house.