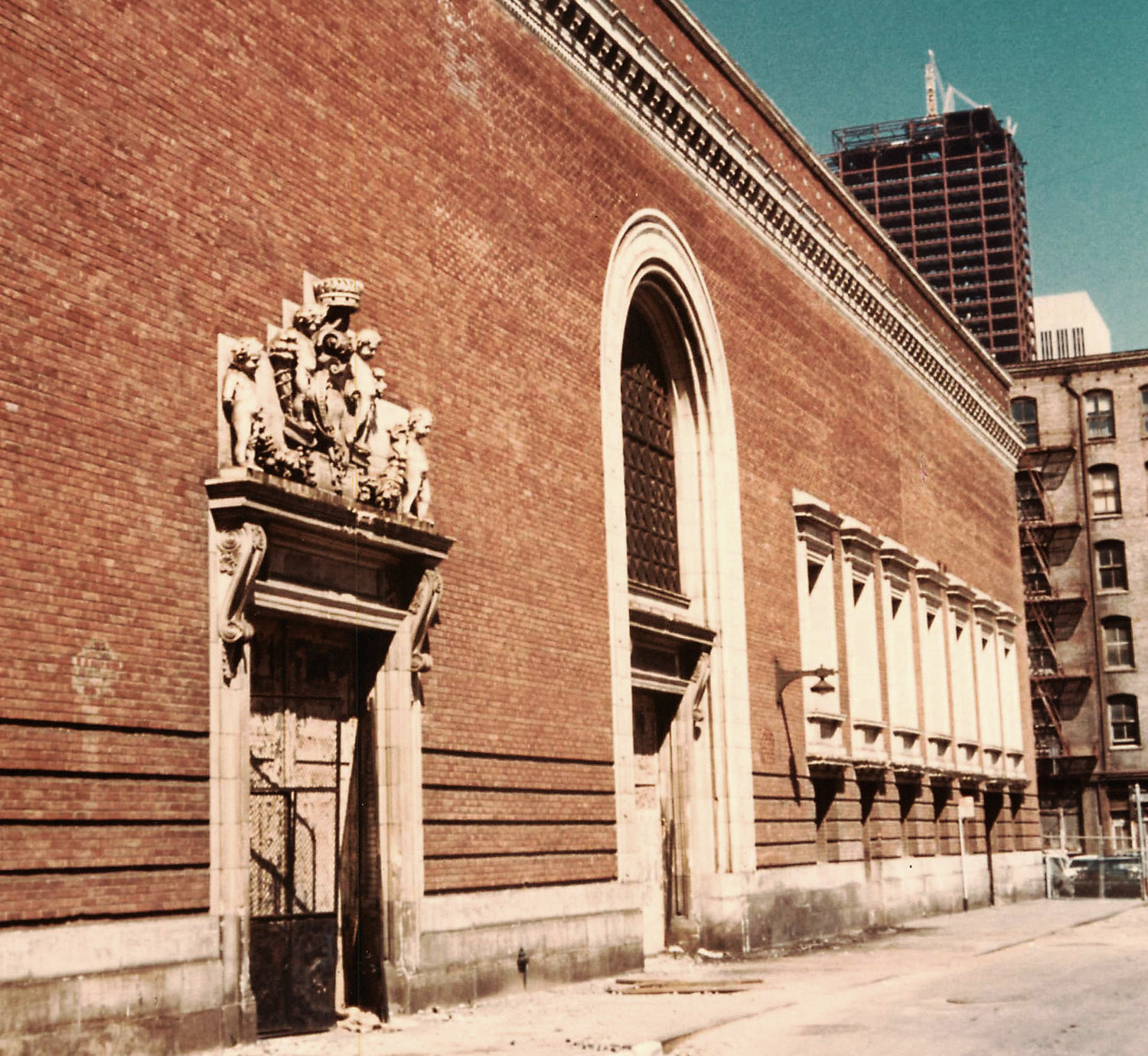 From its first years Heritage showed a willingness to go beyond typical preservation projects. Ornate Victorian residences, even in run-down condition, could draw public support and romantic nostalgia for bygone eras. A sophisticated department store building like the City of Paris was connected to powerful personal memories for many San Franciscans. But who fights for a defunct power substation?

The Pacific Gas & Electric (PG&E) building at 222-226 Jessie Street between 3rd, 4th, Market, and Mission Streets was not a typical utilitarian structure. Dating back to 1881, it was redesigned by renowned architect Willis Polk in 1905, and again in 1907 after the earthquake and fire of the previous year.

Polk, who would go on to be responsible for landmarks such as Hobart Building, the Flood Mansion, and the Hallidie Building, designed the substation with a monumental classical façade. Terra cotta reliefs were set on an expansive brick wall with cream-colored cherubs, garlands, and a torch framing the entrance. Even tucked on a dead-end alleyway it impressed as a site of importance, a small-scale temple to power and progress—exactly the feeling a client like PG&E commissioned Polk to inspire. 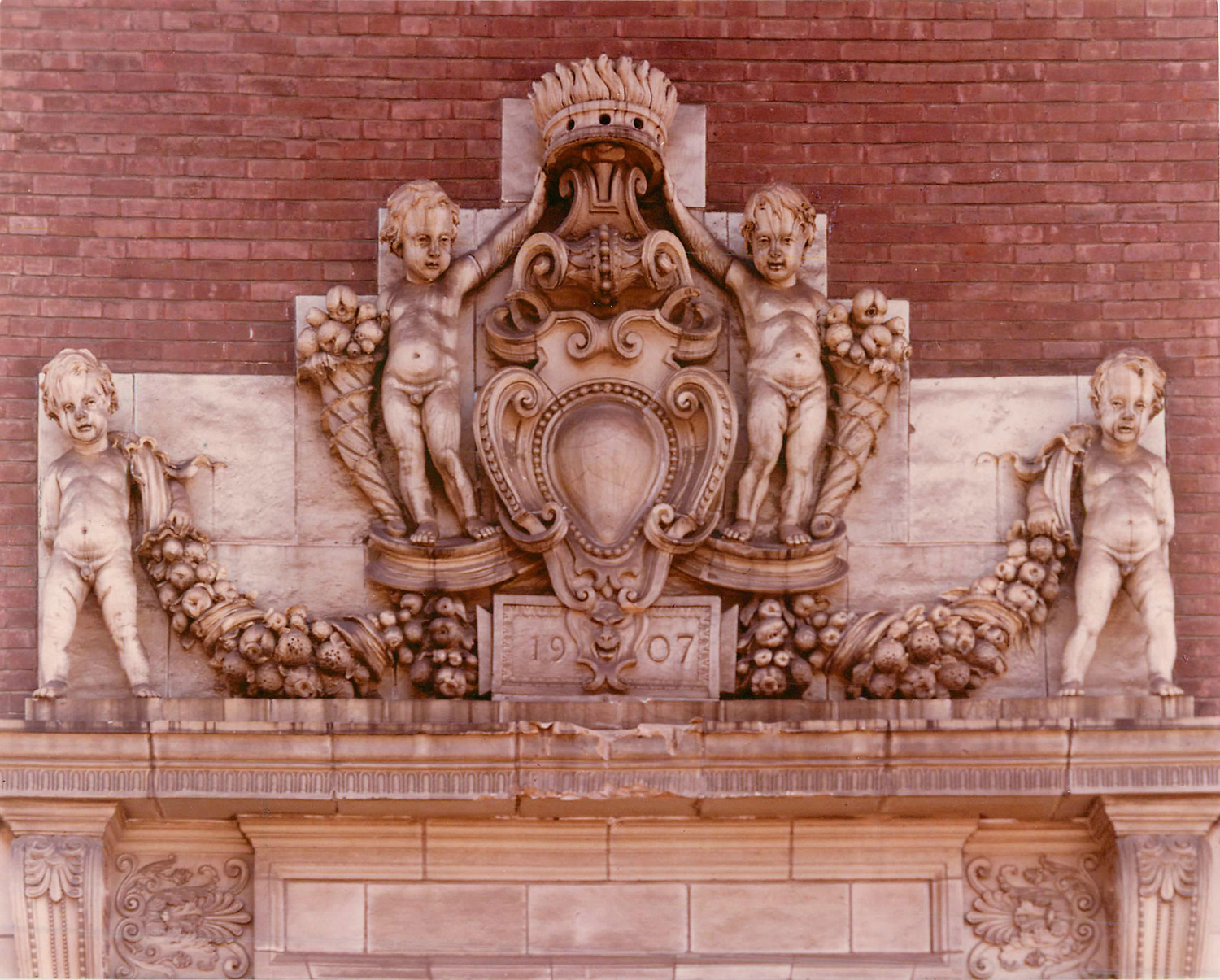 In 1974, plans for the Yerba Buena Center redevelopment project were underway and the decommissioned substation was not part of them. While Mission Street’s landmarked St. Patrick’s Church was to be retained, its neighbor on Jessie Street was considered “infeasible of rehabilitation.” The Redevelopment Agency wanted to raze the old PG&E building for an open connecting mall between Yerba Buena Center and Market Street.1

Heritage joined others in pushing for landmark status for the Jessie Street substation, noting it displayed “a dignified and imaginative handling of classical elements not often found in buildings of the period.” Heritage’s nomination of the building to the National Register of Historic Places, prepared by Michael Corbett, was accepted on September 6, 1974, but the San Francisco’s Landmarks Board denied city landmark status in a controversial decision.2

Then Heritage took a far more active role in the building’s preservation, preparing a feasibility study for how it could be successfully incorporated into the Yerba Buena Center as a focal point on a “human scale.”3 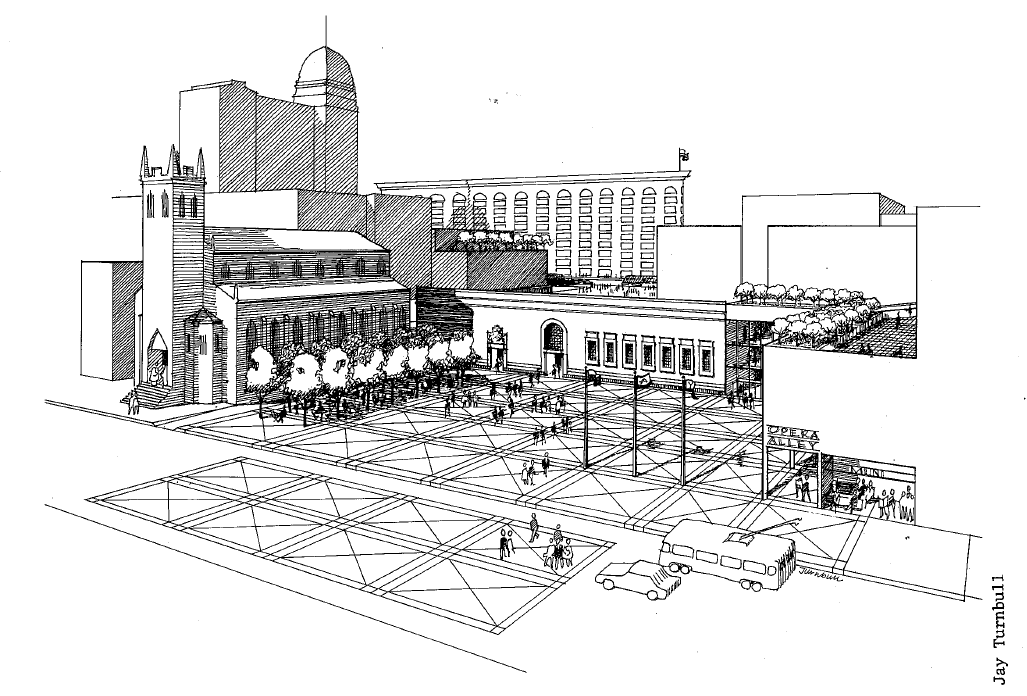 Jay Turnbull, who had just joined the Heritage staff as an architect and rehabilitation specialist, sketched up a vision for reuse of the Jesse Street substation, which was followed up by architect William A. Werner’s detailed site plan for the block in the feasibility study.

By 1976 the battle was won. A committee from the mayor’s office on Yerba Buena Center redevelopment recommended the building’s retention as a historic structure and the Landmark Board came around to grant city landmark status that same year.4

The Yerba Buena Center project was decades in developing and it wasn’t until 1994 that funds were allocated to seismically upgrade the Jessie Street building for use as the Contemporary Jewish Museum. With changes and design recommendations from Heritage to address preservation sensitivities, the final product was an exciting integration of an historic structure with an imaginative contemporary extension.

Daniel Libeskind’s design incorporated a non-orthogonal metal blue form that seems to erupt from the west side of Polk’s classical brick wall. Made up of over 3,000 steel panels, the shimmering shape is based on the two Hebrew letters that spell the word chai (life), and Libeskind said his inspiration came in part from the role the substation played in restoring power to the city after the 1906 earthquake and fire. 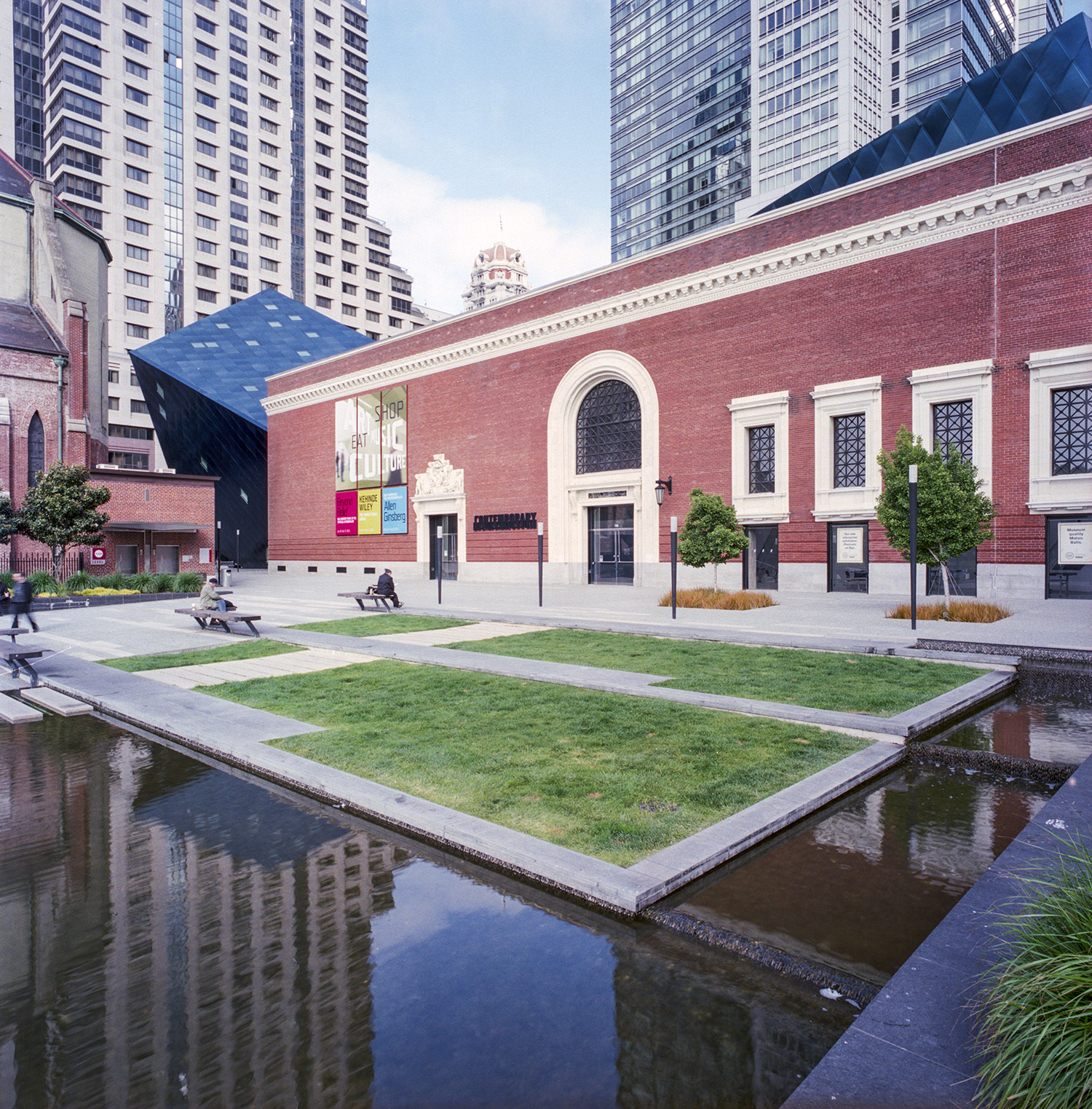