From a brown-bag-lunch conversation came the idea to start a movement. 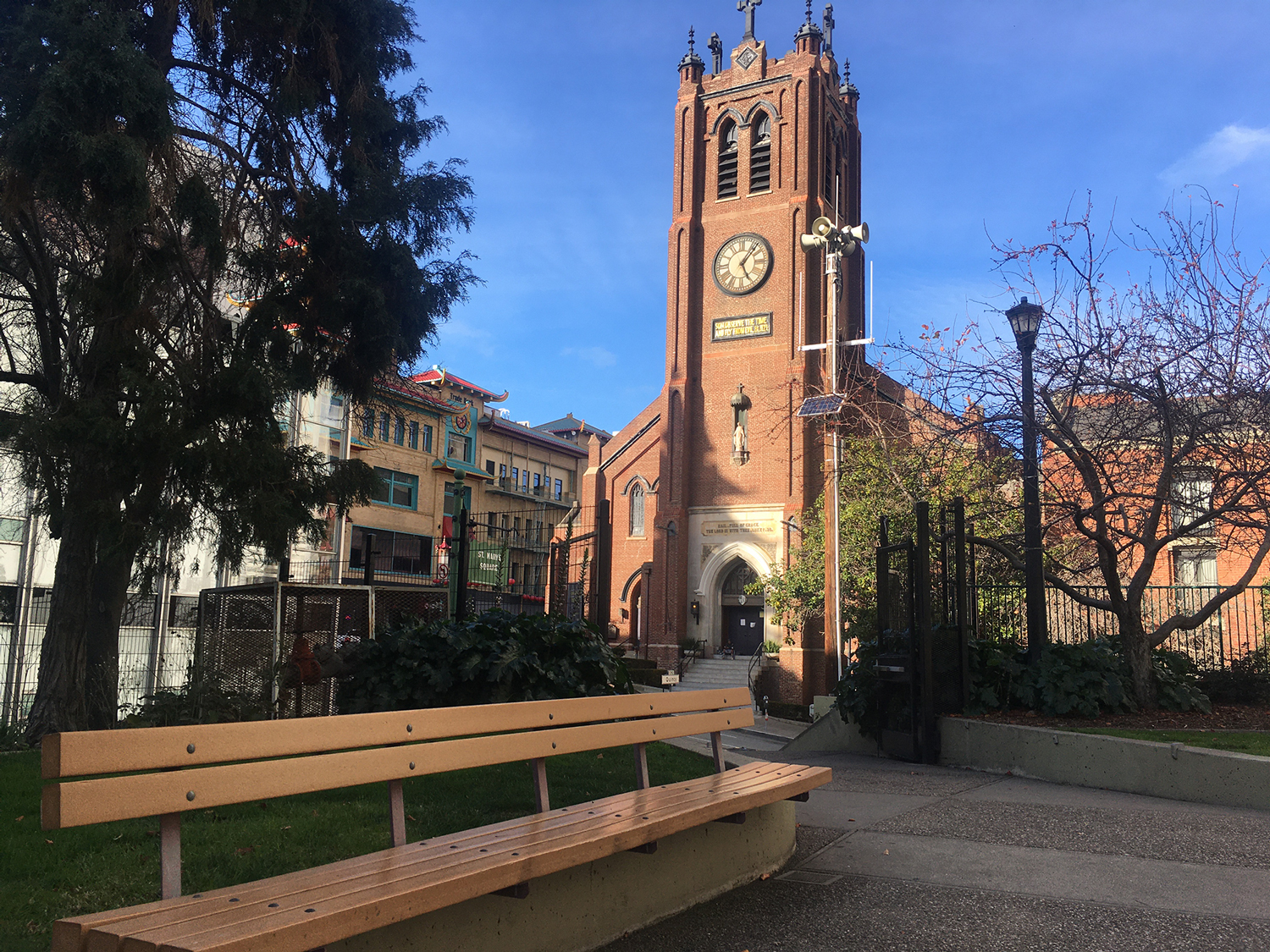 St. Mary’s Square, where the idea for founding San Francisco Heritage was born.

In 1970, Charles Hall Page was working as a young planner at the architectural firm of HKS near St. Mary’s Square in San Francisco’s Chinatown. He had left the city to earn his Master’s Degree in City Planning from the University of Pennsylvania, and had just returned to see his hometown in the midst of transformation. Familiar old buildings were being demolished for new boxes without any regard for neighborhood context or urban design standards. Worse, the Western Addition resembled a war zone with ongoing demolition by the Redevelopment Agency of hundreds of nineteenth-century Victorian houses and flats.

Page often spent his lunch hour with his childhood friend, attorney Harry Miller. The two would meet on a bench in St. Mary’s Square with their brown-bag lunches. On one foggy day in 1970, Miller brought up the continuing destruction of Victorians he saw near the Civic Center. “Charlie, this is not right. I feel we need to speak up about this.”

A couple of years earlier, Page had attended the conference of the National Trust for Historic Preservation in Savannah, Georgia. The impressive work to preserve historic properties he saw being done in Savannah, as well as in Charleston in South Carolina and in Annapolis, Maryland, had stuck with him. Now it sparked an idea.

Page proposed a nonprofit preservation organization for his hometown San Francisco, akin to the Historic Savannah Foundation. Miller said he was onboard. The Articles of Incorporation for what was originally called The Foundation for San Francisco’s Architectural Heritage were signed on June 11, 1971.

At first, Charles Hall Page ran the organization from his desk at HKS. Along with Page and Miller, a cohort of friends and colleagues—Lawrence Bacon, Bruce Anderson, John Skov—were recruited to serve as the first Board of Directors, and within months the board expanded with Austin Hills, Edward Conner, Herbert McLaughlin, and Stewart Morton. Linda Jo Fitz, Heritage’s first paid employee, remembered that first board as being made up of former high school classmates of Page and Miller, and that the charismatic Page “went to the parents of all those people and raised money.” In 2018, Page admitted to an interviewer that it could be said “youth and naïveté played a big role in the preservation of San Francisco.”

In presenting on Heritage’s history for its 40th anniversary, architectural historian Christopher VerPlanck noted: “The early Heritage board consisted of some of the city’s best and brightest young men, representing a cross-section of disciplines, including urban planning, law, finance, and real estate. Most were natives and many from well-to-do families with good social standing. These connections would be crucial in getting the organization funded and off the ground, because […] what they proposed was actually quite radical. These men staked their reputations on the success of the organization, and they had the contacts to make it happen.”

Heritage’s first project was to dive into the Redevelopment Agency’s A-2 Project Area in the Western Addition and save some of the remaining Victorians.