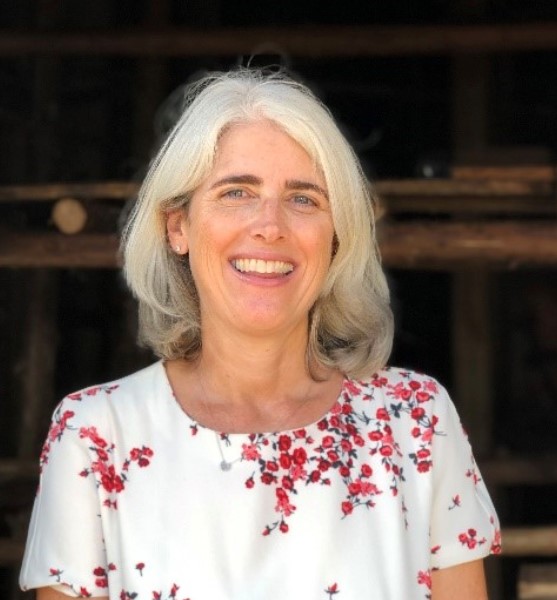 With family ties in San Francisco, Karalyn is delighted to be able to put down roots in the city as she begins her leadership of San Francisco Heritage in January 2022. For the past 20 years, Karalyn has been working in the Culture Sector of the United Nations Educational, Scientific and Cultural Organization (UNESCO), where she was based for fourteen years at the organization’s headquarters in Paris, France, working as a program specialist for the World Heritage and Museum programs.

Over the past six years, Karalyn has served as the regional advisor for culture in the UNESCO Regional Office for Eastern Africa in Nairobi, Kenya, guiding the development of the culture sector in 13 East African countries (Comores, Djibouti, Eritrea, Ethiopia, Kenya, Madagascar, Mauritius, Rwanda, Seychelles, Somalia, South Sudan, Tanzania, and Uganda).

Through her work with UNESCO, Karalyn has gained extensive experience advocating for and directly supporting historic and cultural preservation and education, developing culture strategies, policies, and legislation, strengthening museums and the diversity of the cultural- and creative-industries sector, safeguarding intangible cultural heritage, ensuring conservation and management of World Heritage sites (including historic cities and urban landscapes), and promoting the creative economy and cultural tourism using a participatory, community-based approach. She works on local, national, regional, and global levels using UNESCO’s international standard-setting instruments, the United Nations Sustainable Development Goals, and a cultural-diversity lens as guides.

“Karalyn is a highly skilled preservation advocate, team builder, and community partner who brings enormous creativity and a broad perspective to SF Heritage. We’re delighted that she’s joining us.”

Among her proudest achievements, Karalyn supported the development of UNESCO’s Recommendation concerning the Protection and Promotion of Museums and Collections, their Diversity and their Role in Society (2015), which offers guidelines to broaden the roles museums play in education and community outreach, intercultural dialogue, the promotion of cultural diversity, and sustainable development. As a Member of the International Council of Museums, Karalyn has participated in the ICOMDEMHIST conference on “Historic House Museums for a Sustainable World,” and has been actively engaged in museum networking and peer exchanges. She has contributed to the identification and listing of World Heritage sites from underrepresented regions and categories, and has strengthened the integration of policies and practices of conservation of the built environment into the wider goals of urban development, while respecting different cultural contexts in line with the UNESCO Recommendation on the Historic Urban Landscape (2011).

Heritage board member Debbie Cooper, a principal at Architectural Resources Group, co-chaired the board’s search committee to select a new CEO and is looking forward to Karalyn’s tenure: “Karalyn is a highly skilled preservation advocate, team-builder, and community partner who brings enormous creativity and a broad perspective to SF Heritage. We’re delighted that she’s joining us.”

As a proven leader in partnerships and fundraising, Karalyn brings creative thinking, strong communications, and broad relationship building skills to Heritage. Her clear vision and strategic direction for inclusive and innovative heritage preservation and promotion will help raise the organization to its next level of development through resourceful positioning on local, state, national, and international levels.