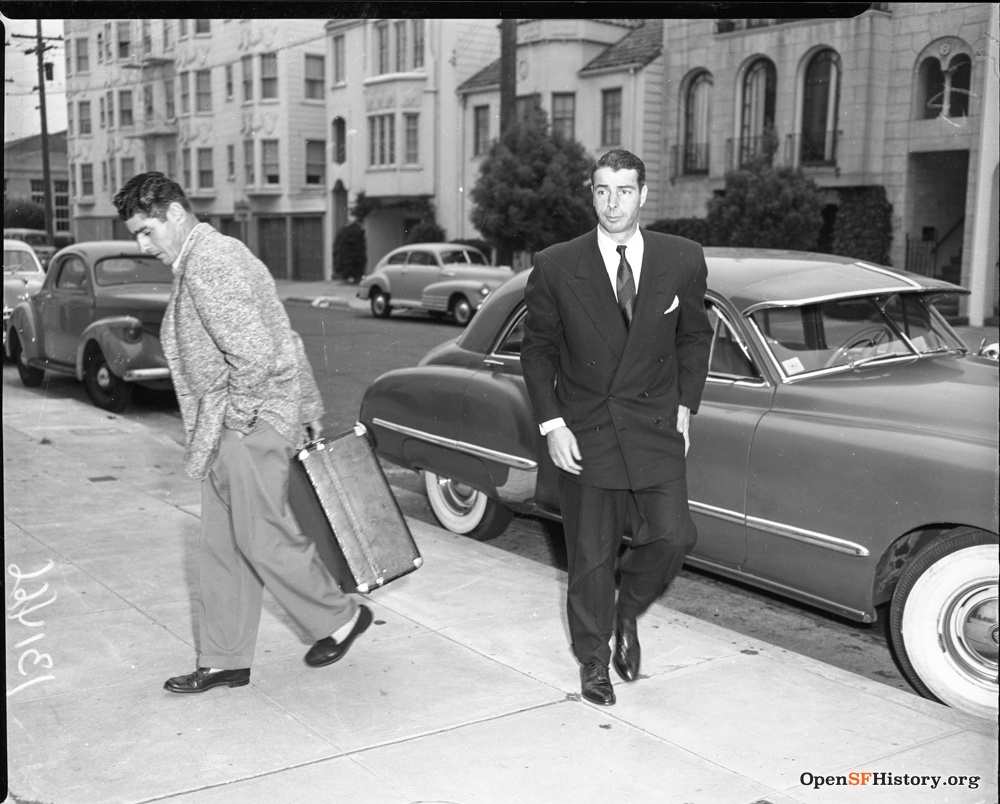 As we move into Italian Heritage Weekend in San Francisco, today we’re spotlighting Baseball Hall of Famer and San Francisco son Joe DiMaggio. Many will always associate DiMaggio with the city’s North Beach neighborhood: He grew up there and married his first wife at Sts. Peter and Paul Church on Washington Square (he also posed for photos there with his superstar second wife, Marilyn Monroe). North Beach Playground, where DiMaggio and his brothers Dom and Vince spent their childhood learning baseball, was renamed in his honor in 2000.

Exterior of 2150 Beach St. The home is one block away from the Palace of Fine Arts. (Google StreetView)

But DiMaggio also has roots in Marina District. After spending time in North Beach, he would retreat for the day to the house in Marina that he bought for his parents in 1939, the year he starred in his fourth consecutive World Series with the New York Yankees. After becoming a national icon in his 13-year career, he retired in 1951 and returned to the family home in the Marina.

DiMaggio also made occasional stops to the now-shuttered Liverpool Lil’s (1973-2016), the old-school pub across the entrance to the Presidio where the hall-of-famer had his own booth.

He enjoyed walking through the Marina, and he and his longtime friend Don Russo would frequently take walks on the Marina Green. With the large sum he made with the Yankees (he became baseball’s first $100,000 man in 1949), DiMaggio sponsored ten boys teams in the regional Joe DiMaggio League. A man named Gary Marenzi played in the league in the early 1970s and recalls trotting out to his catcher’s position at old Funston Field (now the Moscone Softball Fields) and seeing DiMaggio himself sitting in the bleachers.

DiMaggio’s single-family residence in the Marina, built in 1937, was typical for the housing that went up in the Marina during the 1930s, though 2150 Beach Street was of simpler style than some of the more ostentatious Spanish and Mediterranean Revival homes found nearby. It’s association with the famous Yankee Clipper gives it a significance few Marina homes can match. 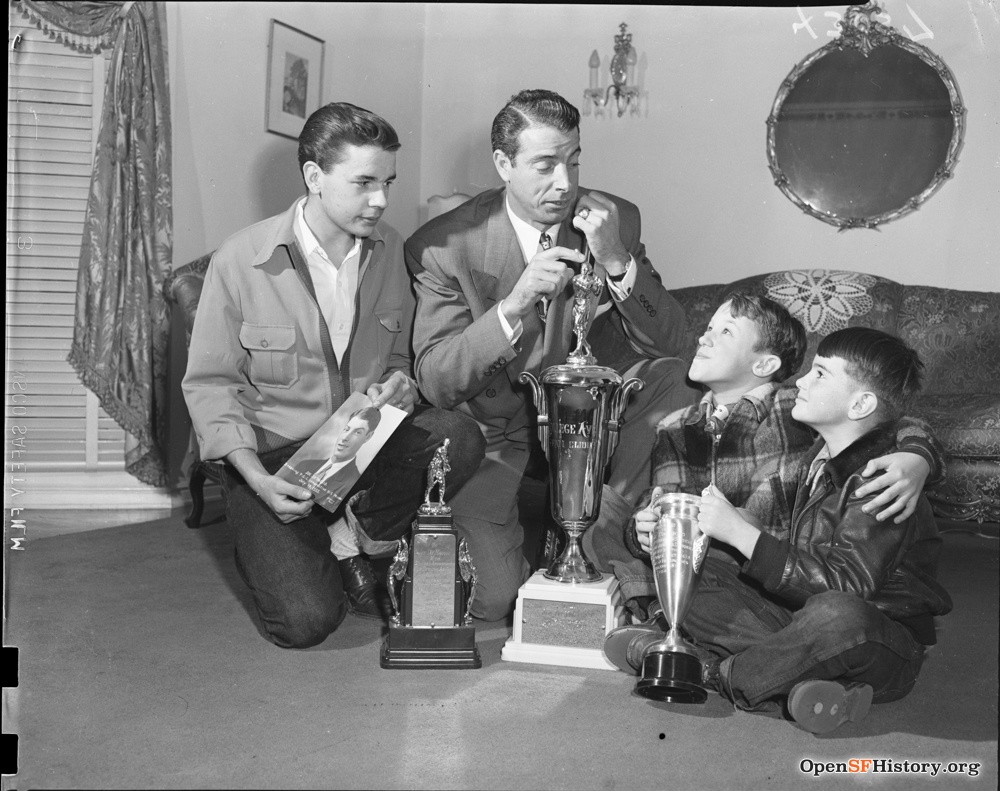