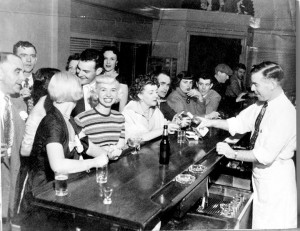 On Monday, June 2 at the Mission District’s Cha Cha Cha/Original McCarthy’s, Heritage proudly unveiled the final “official” round of inductees into our “Legacy Bars & Restaurants” initiative!

A first-of-its-kind interactive online guide, “Legacy Bars & Restaurants” debuted in January 2013 to honor and promote those establishments that reflect the history and culture of San Francisco. The announcement brought the total number of certified Legacy establishments to 100. 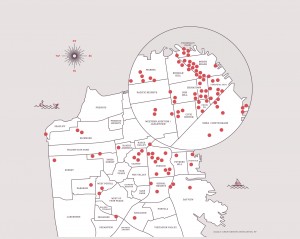 In addition to recognizing the most recent inductees, Heritage proudly introduced a new printed pocket guide to all 100 “Legacy Bars & Restaurants”! Featuring vibrant photography, the foldout map will be available to the public for free at participating Legacy establishments.

The June 2 happy hour was co-presented by our friends at Heritage YP. Thank you to our hosts, Cha Cha Cha/Original McCarthy’s, for their warm hospitality and to Cyrus Noble for its generous support of “Legacy Bars & Restaurants”! For more information about the Legacy project, please click here or contact Laura Dominguez.

Read about Legacy and the worldwide movement to recognize places with social significance in the Guardian.

Posted in: News, Past Events