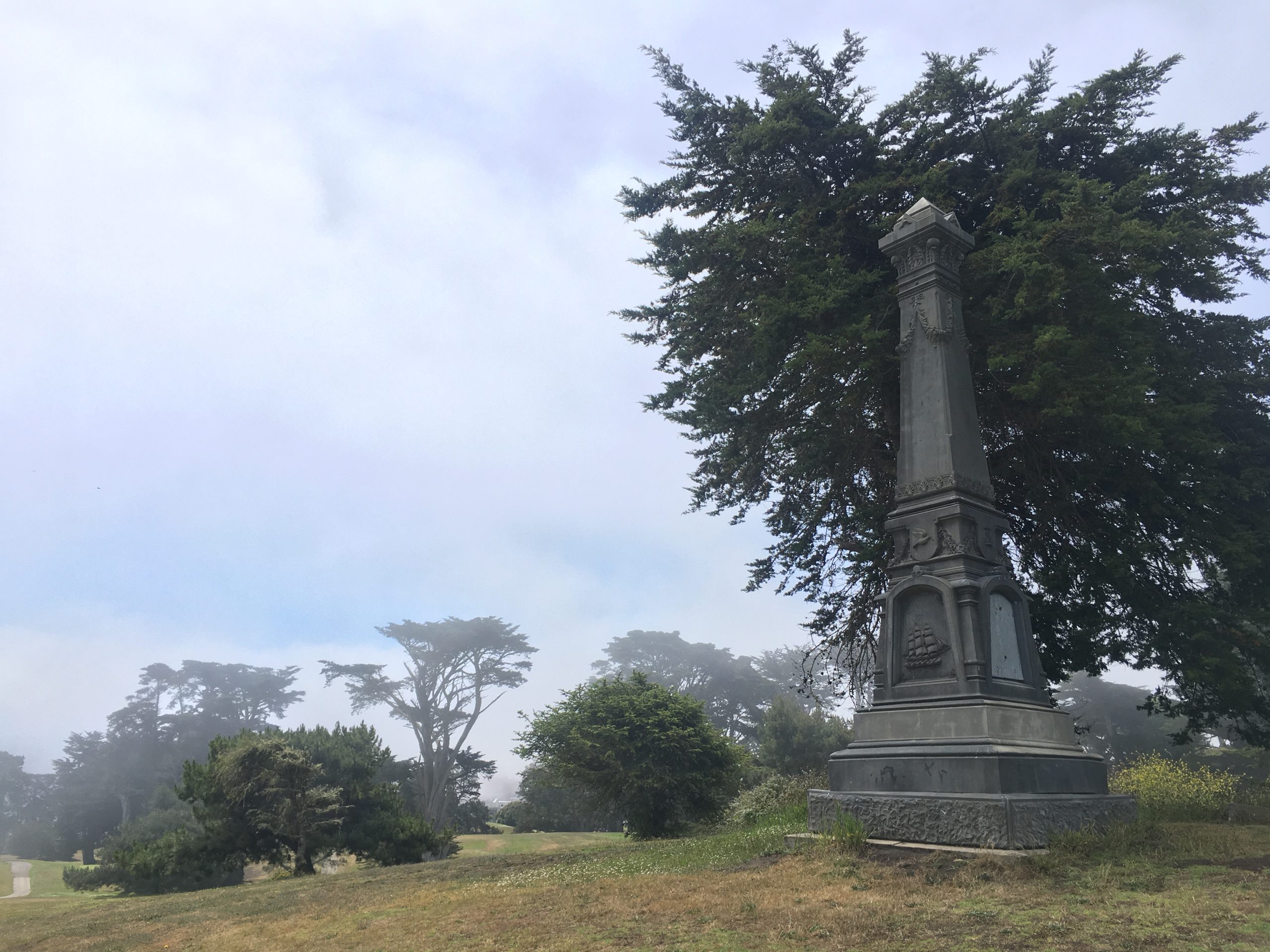 The fifteen-foot-high cast zinc monument in Lincoln Park marks the burial ground established by the Ladies’ Seaman’s Friend Society in the 1880s.

On July 26 at 1:30 PM PT, San Francisco’s Land Use and Transportation Committee will consider the initiation of a landmark designation for Lincoln Park, which from 1870 until the early 1900s was used as a large cemetery ground for Chinese, Japanese, French, Jewish, Greek, Scandinavian, Italian, fraternal, and veteran organizations.  This will be the only opportunity for public comment during the landmark initiation process, and we ask for your support in the form of a short email/letter or comment at the hearing (see below for details). If it passes, the designation will go before the full Board of Supervisors on July 27.

Heritage is working with San Francisco Planning and San Francisco Recreation & Parks on the details of the landmarking. Landmark designation should not alter the general maintenance work or current use of the park as a golf course, or impact operations of the California Palace of the Legion of Honor Museum.

An email/letter of support of any length (short is okay!) should be addressed to members of the Board of Supervisors, copying the Land Use clerk, Erica Major:

To help us track support, if you send an email letter please copy Kerri Young at kyoung@sfheritage.org.

Thank you for your support!

Not sure what to write? Here is example language you can draw from:

To the Board of Supervisors,

I am writing in support of a city landmark designation of Lincoln Park, which from 1870 until the early 1900s was used as a large cemetery ground for Chinese, Japanese, French, Jewish, Greek, Scandinavian, Italian, fraternal, and veteran organizations.

Although transformed into a park and golf course in the early twentieth century, an estimated ten thousand bodies still rest beneath the turf, and two prominent cemetery monuments still stand in two fairways, including one associated with the Kong Chow Association.

Despite its deep connections to San Francisco history and the city’s diverse cultures, public recognition of City Cemetery’s history and significance is almost non-existent.  A broad coalition of the city’s cultural communities and organizations have historical connections to City Cemetery, and the land is a sacred space that deserves to be commemorated. A landmark designation would be an important first step.