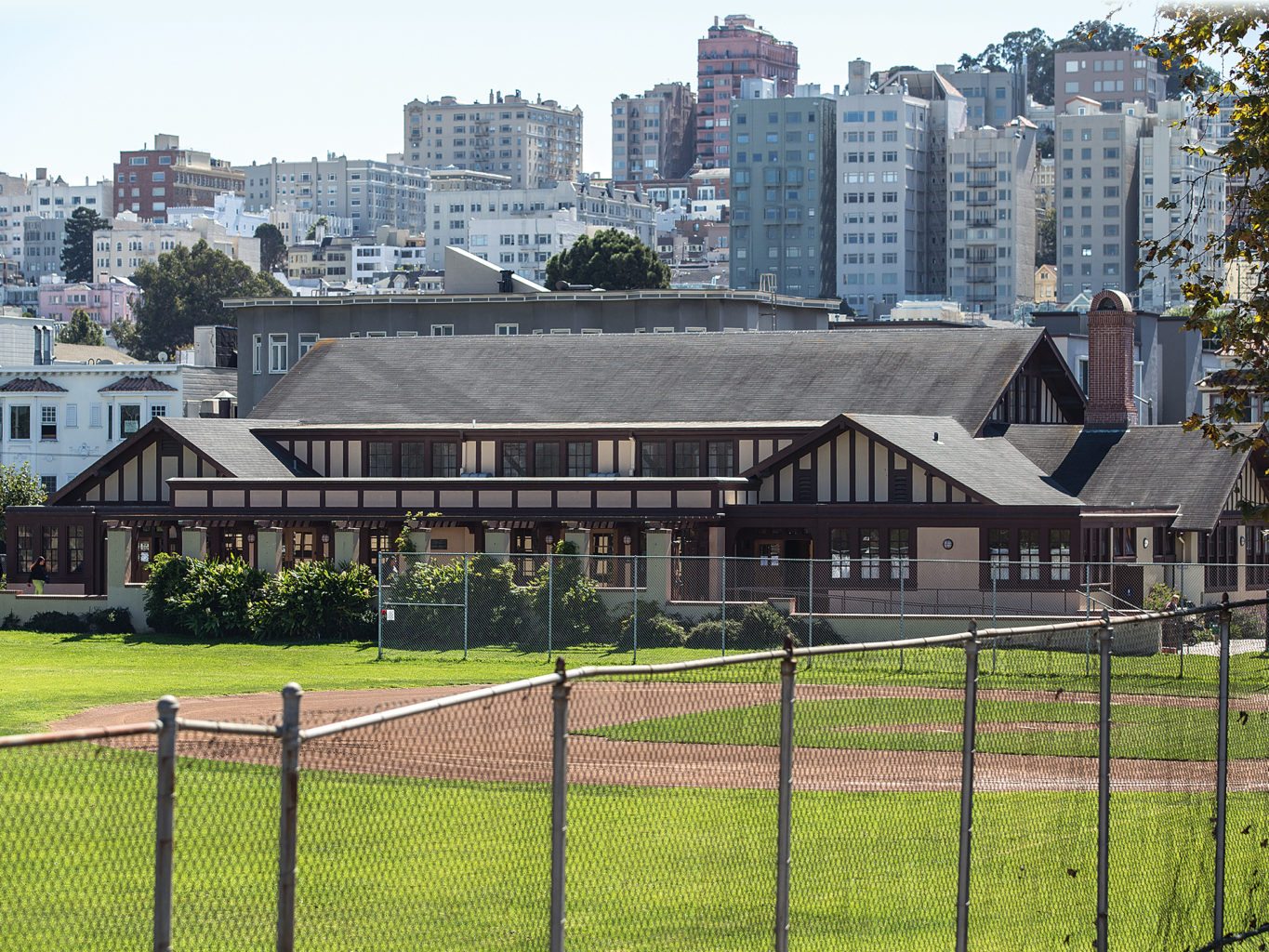 Built in 1924, the building at 1800 Chestnut Street and the park in which it resides were renamed in honor of the San Francisco mayor just months after his assassination in November 1978. (The earlier names for the park between Bay, Chestnut, Laguna Streets, and the extended line of Webster Street were Lobos Square and then Funston Playground.) Moscone habituated the park and its gym as a boy and later worked there as a recreation program director. 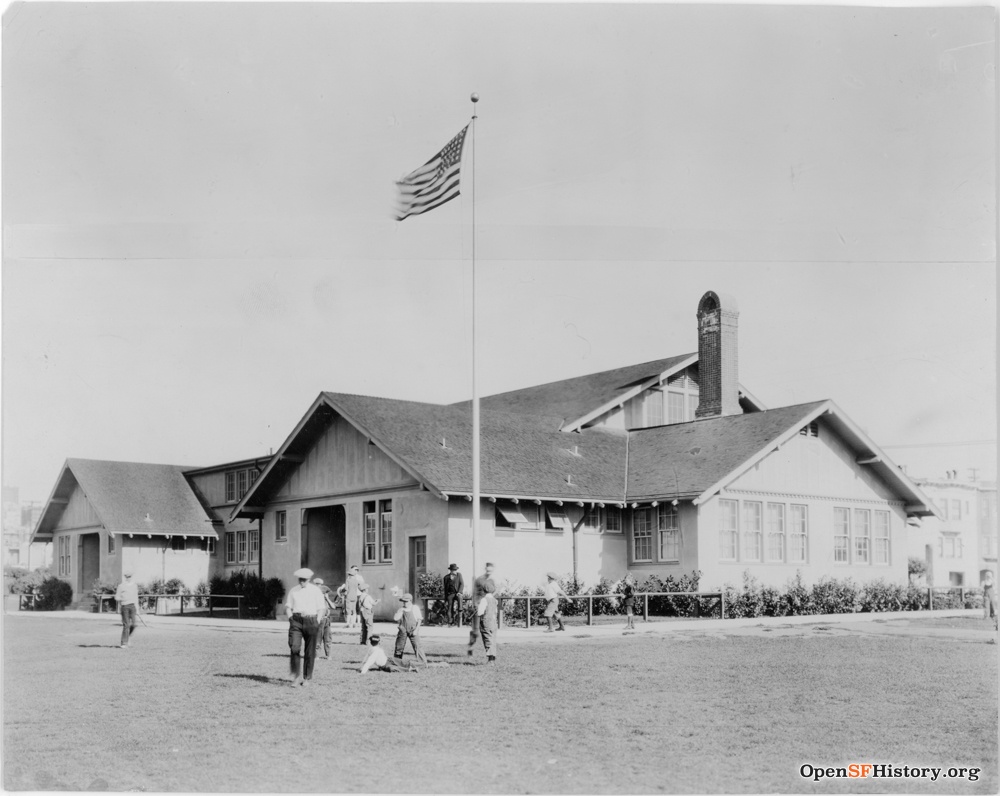 Architect John Reid Jr. was responsible for the Tudor Revival design. The prolific and able Reid had a massive impact on San Francisco’s built environment. He served as City Architect from 1918 to 1930, when city mayor James Rolph, Jr. (Reid’s brother-in-law) spearheaded extensive building projects across the city. Reid designed libraries, hospitals, firehouses, police stations, many public schools, and was one of the consulting architects for the Civic Center and City Hall.

Although many of his designs are now City Landmarks and some are on the National Register of Historic Places, the distinctive Moscone field house building has no designation. It would be a deserving candidate and a complimentary one to its neighboring landmark, the midcentury Marina Branch library. 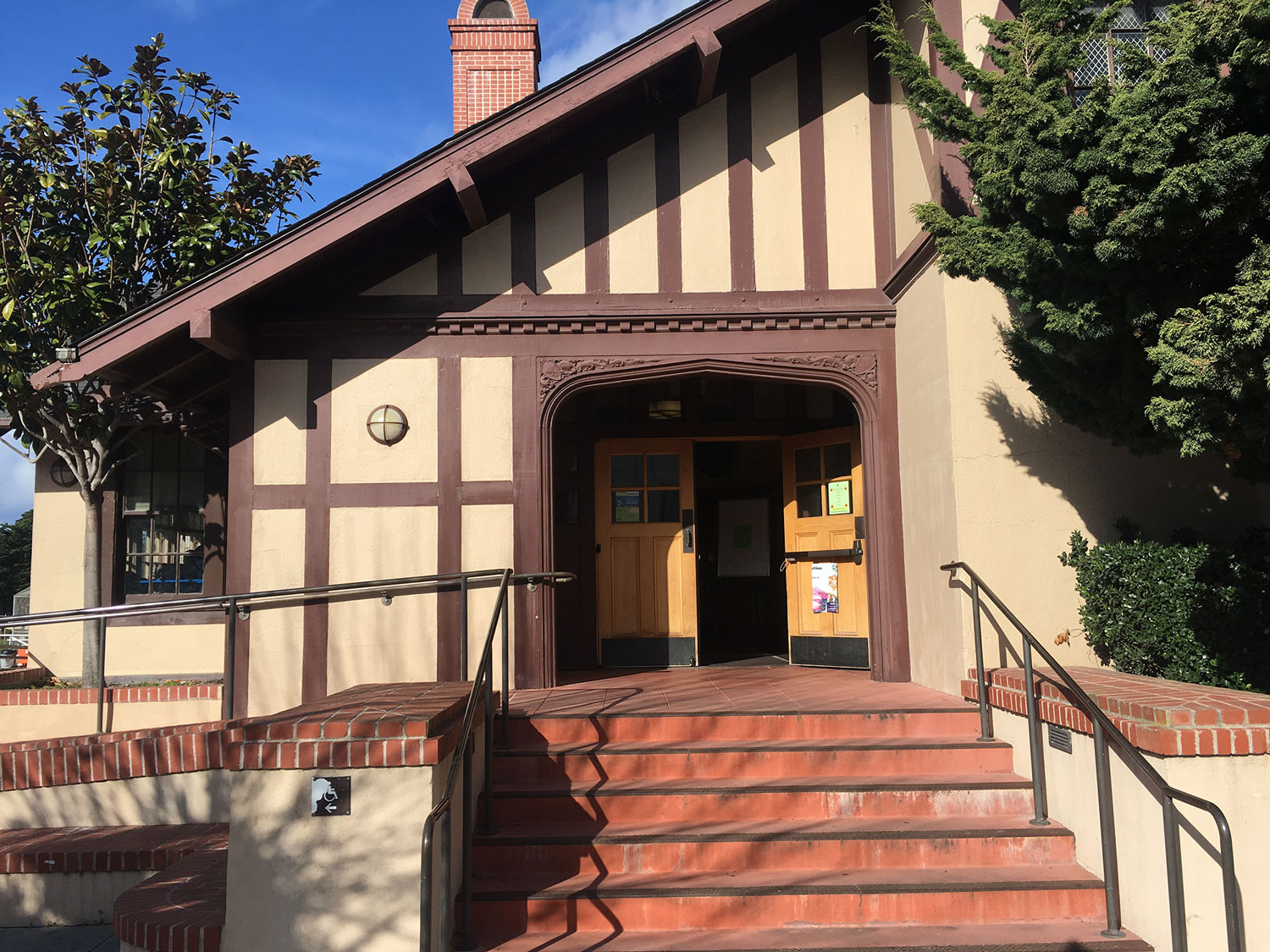 In 2008, the building received an $8 million restoration. Despite a sensitive expansion of the original floor plan, the cozy gymnasium is still known for some of the tightest sidelines of any court in the city. As any pick-up player will attest, going out of bounds means colliding with one of the historic walls.