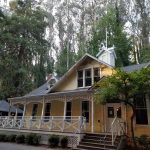 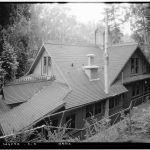 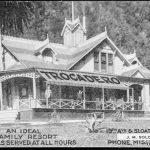 October 1, 2020 – San Francisco, CA – Parkside and Sunset District residents have launched a campaign to designate the Trocadero Clubhouse in San Francisco’s Stern Grove a city landmark. The designation will be just the first of many preservation projects, says Parkside Heritage, a new group formed to address the neighborhood’s underrepresentation in the city’s official inventory of historic buildings.

“If you look at a map of the city’s 288 landmarks you won’t see one in the Parkside,” said Natalie Simotas, a member of Parkside Heritage. “Yet we have one of the most historic buildings in the entire city.”

Built in the early 1890s, the Trocadero is likely the oldest structure in southwest San Francisco. The Stick-Eastlake style building stands in forested Stern Grove just east of where the well-known annual free concert series is held.

The Green family, which homesteaded the land that is today Stern Grove and Pine Lake Park in the 1850s, operated and leased out the “Trocadero Inn” as a resort with surrounding pleasure gardens. It soon became a secluded hideaway for gamblers, boxers, drinking parties and racing men exercising their horses. City “boss” Abe Ruef hid at the Trocadero to evade the post-1906 earthquake Graft Trials before being arrested there quietly.

With a gift from Rosalie Stern, the Trocadero and surrounding grove were purchased in 1931 from the Green family as a city park dedicated to the memory of Stern’s late husband. Shortly after, master architect Bernard Maybeck supervised the restoration and renovation of the Trocadero. Since then, the picturesque building has been the setting of hundreds of community meetings, parties, and weddings.

Alice Baldocchi, who grew up in the Parkside the 1940s, says she feels it’s time to recognize the neighborhood’s most historic building. “If it’s not a landmark, what is?”