Our Heritage in the Neighborhoods month focusing on San Francisco’s Parkside District is almost over, but before it ends let’s recognize three more buildings deserving of recognition and, perhaps, landmark designation. While primarily residential in character, the Parkside District has some standout civic and religious structures, and one esteemed architect stands out. 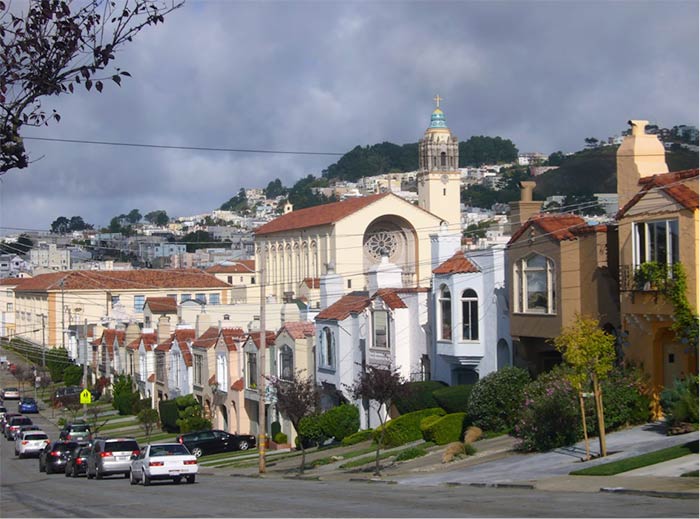 The Catholic parish of St. Cecilia had its origins in a Taraval Street house in 1917. Soon after, the first pastor was able to secure the outgrown Parkside School building from the city and move the two-room frame building to 15th Avenue and Taraval Street as the core of new church complex. The Parkside Volunteer Fire Department donated its bell for the church tower. With the growth of the Parkside and West Portal neighborhoods St. Cecilia kept adding on to and remodeling its schoolhouse-church, and eventually a new, larger building able to seat more than 700 parishioners was constructed on 17th Avenue between Ulloa and Vicente Streets. 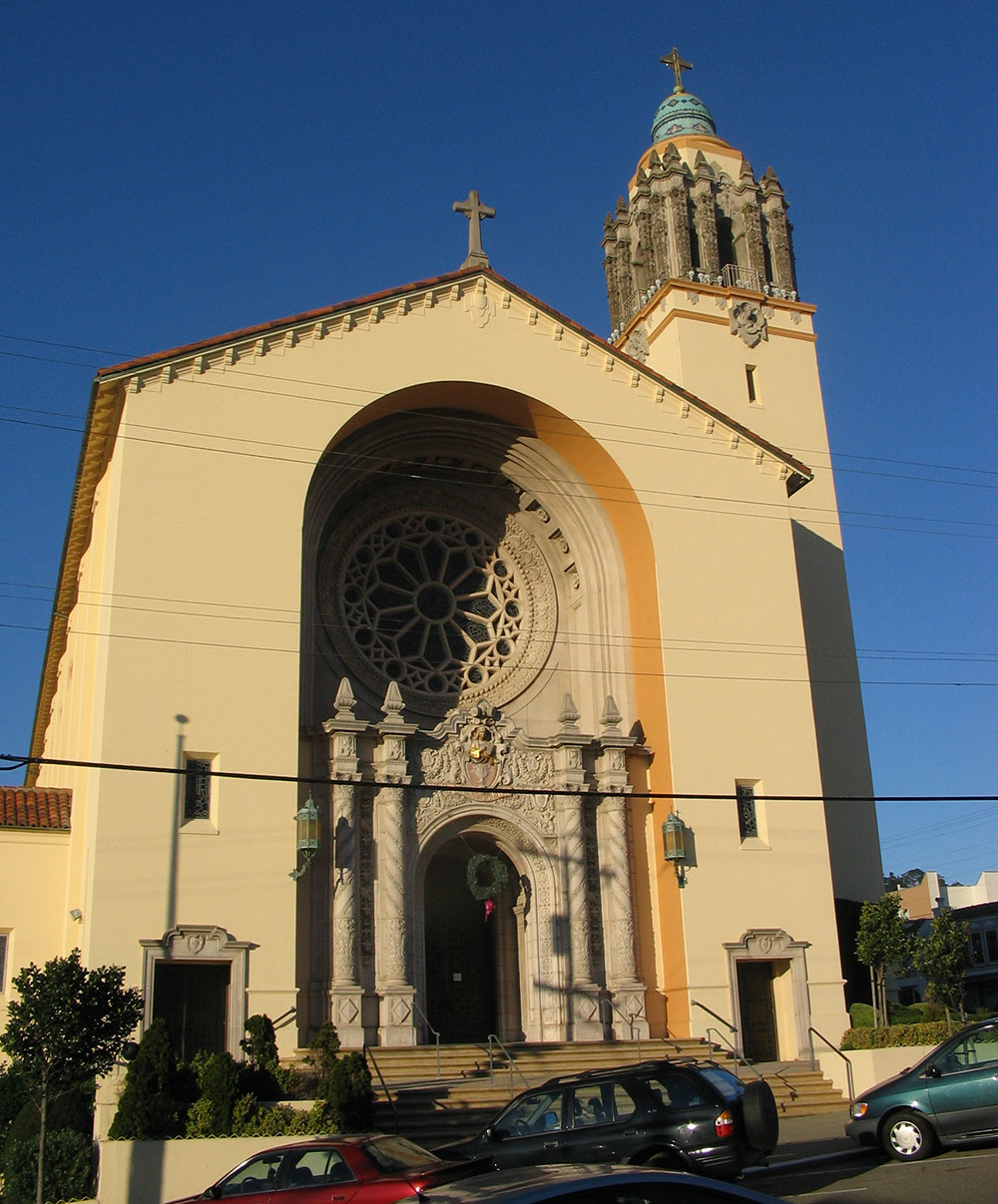 Under the leadership of the charismatic Monsignor Harold Collins, who was an outstanding fundraiser, construction of a grand new St. Cecilia Church began on June 1, 1954. Architect Martin J. Rist’s Spanish Colonial Revival style was in harmony with surrounding homes built in the 1920s and 1930s, many constructed by notable St. Cecilia parishioners and donors Chris McKeon (“Happy Homes”) and Carl Gellert (Standard Building Company). The reinforced concrete structure with cast-stone trim, a red clay tile roof, and a bell tower with a dome of blue-green tile, dominates the landscape at 17th Avenue and Vicente Street. Between choir and nave, more than 1,250 people can attend mass in a significant building for architectural design and its association with the Parkside’s influential Catholic parish. 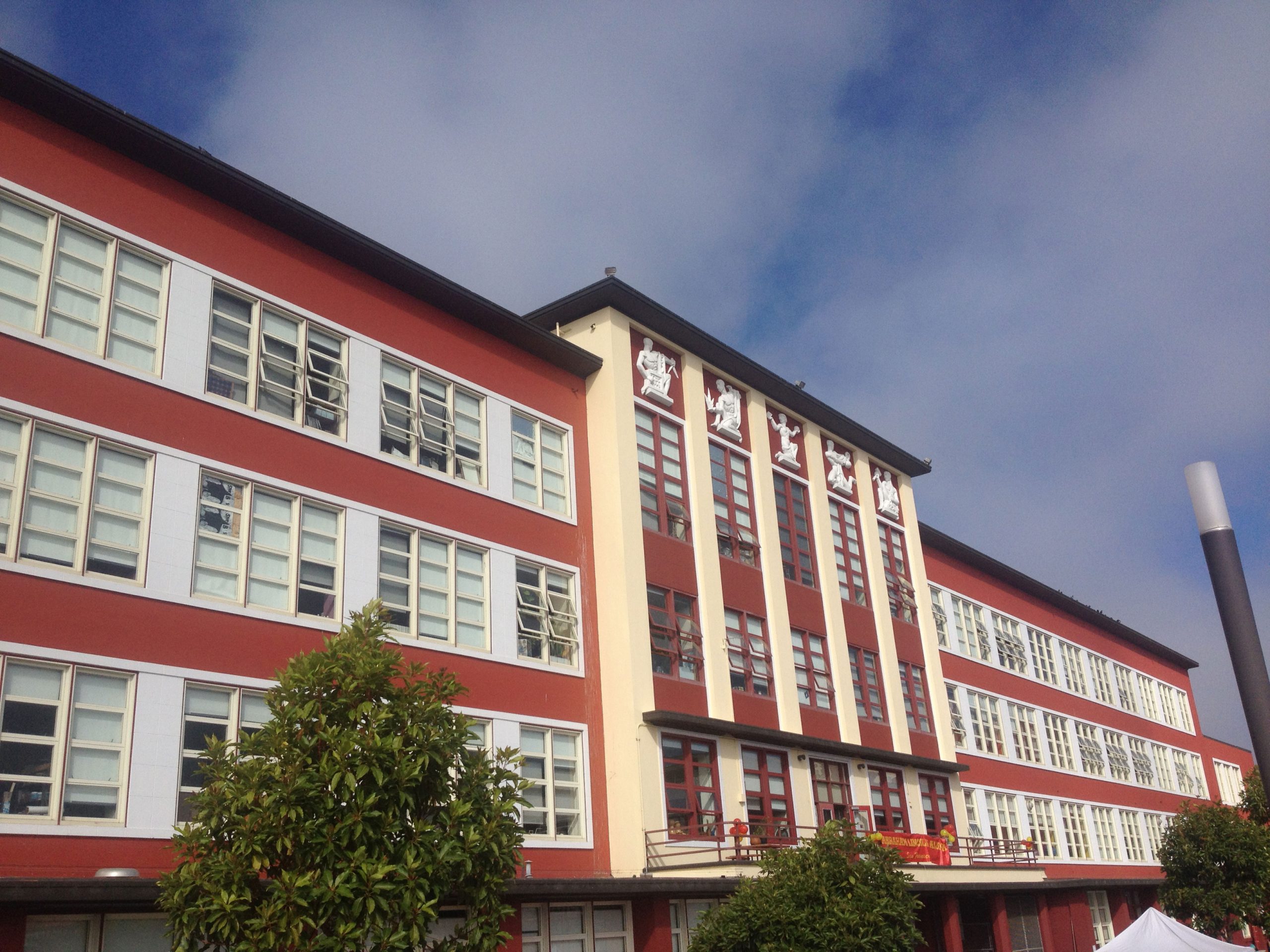 Parkside residents lobbied and advocated for a public high school for many years before Lincoln was finally built with Public Works Administration funds and a city bond measure. Even then, the school had to be constructed in stages after opening in 1940 and money for architectural elaborations and artwork was insignificant compared to what was secured through Works Progress Administration (WPA) programs for Washington High School in the Richmond District. 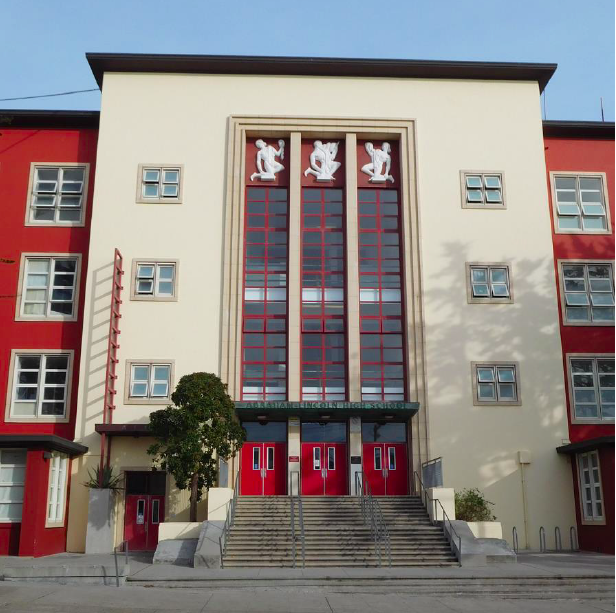 Architect Timothy Pflueger, with assistance from Frederick H. Meyer, Wilbur Peugh, and Martin J. Rist, couldn’t bring in New Deal muralists or sculptors, but that doesn’t mean Lincoln’s academic building isn’t elegant with its Late Moderne design. The three-story reinforced concrete edifice contains 100 classrooms, a library, and shop, and while it has an attractive grand entry on 24th Avenue, a lot of Lincoln’s architectural appeal comes from the graceful rhythm of its fenestration: windows in tight squares and long rows playing off each other. The work of master-architects, associated with the New Deal and numerous important alumni, Lincoln High School is a deserving candidate of historic designation. 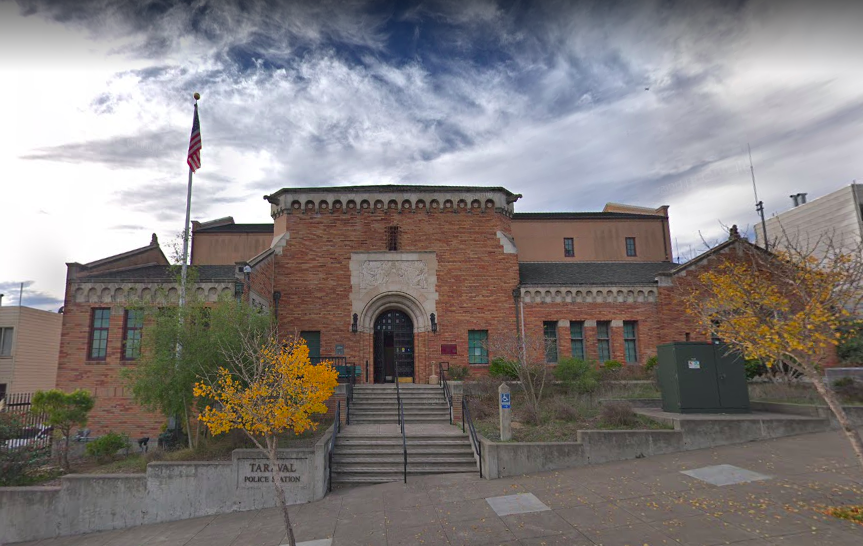 In 1908, the Parkside Realty Company set aside a large lot in the middle of the block between 24th and 25th Avenues, Santiago and Taraval Streets, as a site for a school. The property faced what is today McCoppin Square, reserved for city parkland when the streets and blocks were first mapped in 1868.

With the Parkside population booming in the mid 1920s, and a new Parkside School recently constructed between 24th and 25th Avenue, Ulloa and Vicente Streets, the city decided the neighborhood instead needed a police station on the site. At the time, the station in Balboa Park and one off Stanyan Street in Golden Gate Park were the closest police presence for the entire southwest quarter of the city.

Martin J. Rist and his partner Alfred I. Colley received the commission of $4,500 to design the “Parkside Station” in 1927. Instead of defaulting to typical station designs, which tended to look like well-guarded barns, Rist and Colley gave the neighborhood a civic temple in brick with an arched recessed entry, matching arches in the cornice work, a dominant center frieze referring to the origins of western civilization, and even a couple of gargoyles. This in the sleepy, foggy Parkside, much of which was still sand dunes. 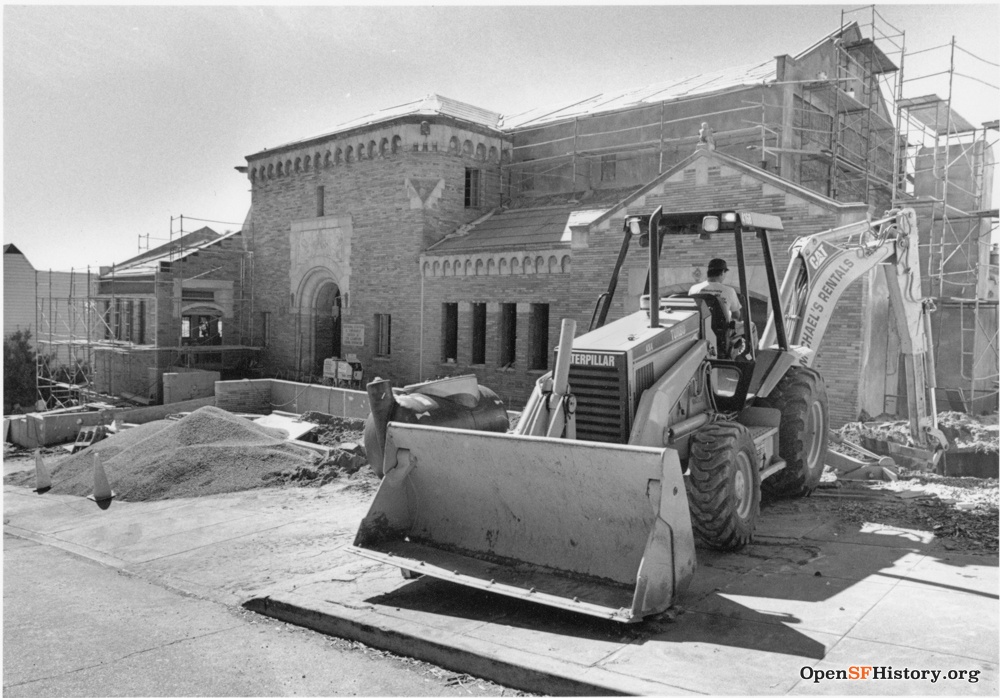 A project to construct an earthquake-resistant station to replace Rist’s creation was included with a $28 million bond issue approved by voters in 1987. The Loma Prieta earthquake two years later underscored the need. Despite grumblings from a grand jury, the city decided to save much of the 1929 building and build a seismic-resistant structure and expansion behind it.

As his work in the Parkside shows, Rist was a versatile architect of public buildings, including the University Mound Old Ladies Home (City Landmark #269) and, with other partners, Sunshine School (City Landmark #286).

In 1932, Rist was described in the Architect and Engineer magazine as “truly a part of that great school of American architects who know their field, who know and do, give their work care and thought leading to superiority.”

Martin J. Rist also designed fine houses, including his own at 136 Yerba Buena Avenue in St. Francis Wood. From a second floor window Rist could see the tower he designed for St. Cecilia Church. But not for long. Six months after its dedication, a Requiem High Mass was held at St. Cecilia Church for Martin J. Rist, who passed away at 68 years old on December 3, 1956.