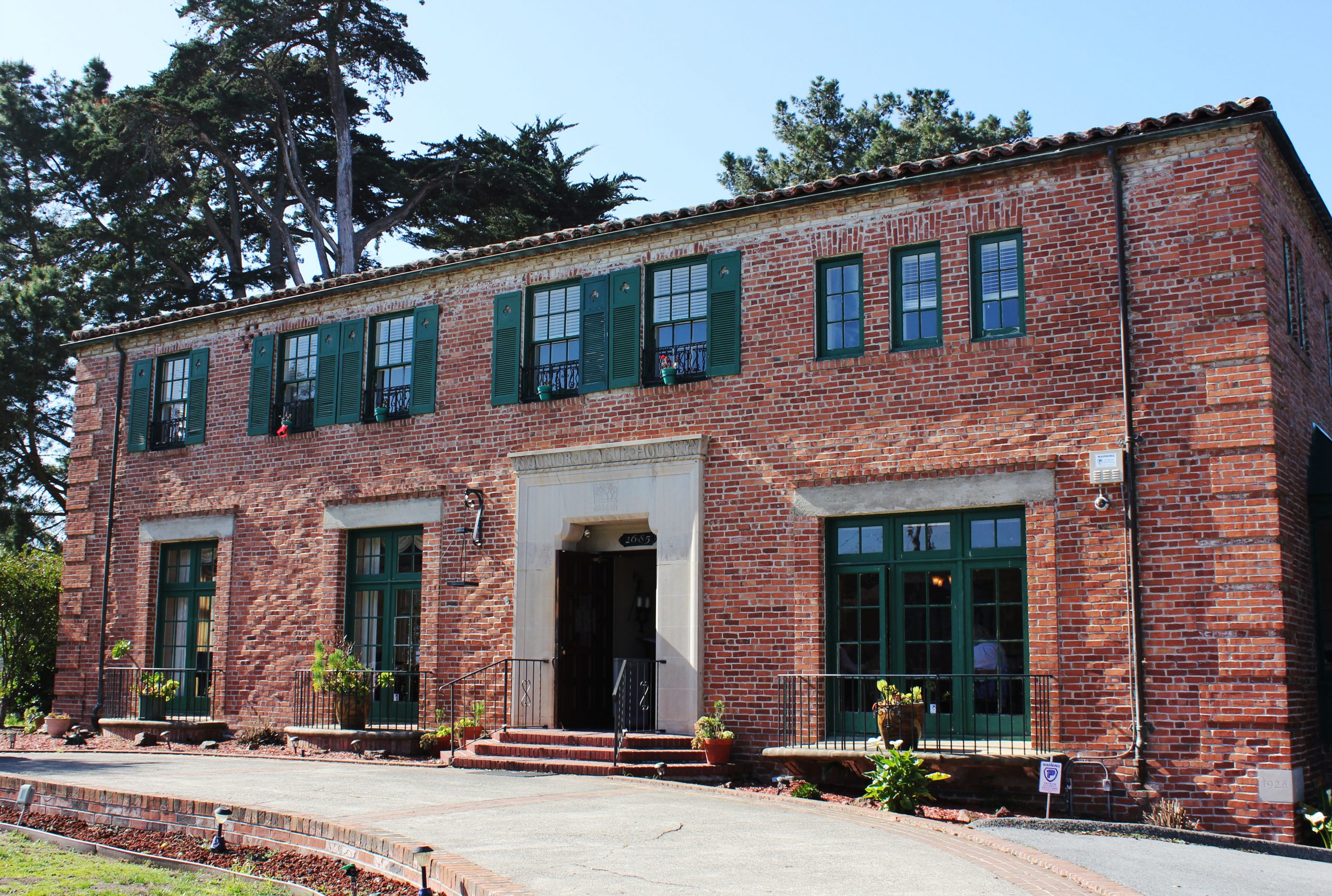 The Parkside District has no designated city landmarks, but there are certainly buildings that qualify for such recognition and protection. Last week we took a look at the Parkside branch library, a highly visible and known public space of the neighborhood. This week, we visit a site that even longtime Parkside residents may be unaware exists.

Pinehurst Lodge is tucked down 30th Avenue just before it dead-ends at Wawona Street and the forested Stern Grove/Pine Lake Park. Built in 1928–29, the red brick structure at 2685 30th Avenue is set back from the sidewalk with a circular entry driveway, its grounds surrounded by a low brick wall. For the last ninety-one years in this quiet and stately setting, with a mission that has evolved with changing times and needs, the lodge has served children and women requiring help.

The Junior League of San Francisco built Pinehurst. A national philanthropic and social organization for women established in 1901, the Junior League is still in existence today, with more than 140,000 members in almost 300 chapters across the country. The San Francisco chapter had a significant number of charity-minded wealthy women on its rolls. At the suggestion of the Associated Charities, a “Junior League Home” was established in 1921 to temporarily shelter children waiting for adoption or foster home placement.1 The first incarnation opened in an actual residence, 2008 Lyon Street, with children referred from the Associated Charities staying anywhere from one day to three months. As opposed to dormitory-style nineteenth-century orphanages, the Junior League Home resembled the atmosphere of a family residence. Up to a dozen boys and girls at a time were cared for by a matronly staff, with Junior League members also volunteering to drive the children to medical appointments or read them bedtime stories.2

But Junior League members specialized in fundraising. Led by Esperanza Ghirardelli Alvord, the League spent years hosting charitable fashion shows, lectures, and department store “take overs” to raise $77,500 for the purchase of an acre of land on 30th Avenue and the construction of a more commodious Junior League Home in the quiet, almost bucolic, Parkside District. 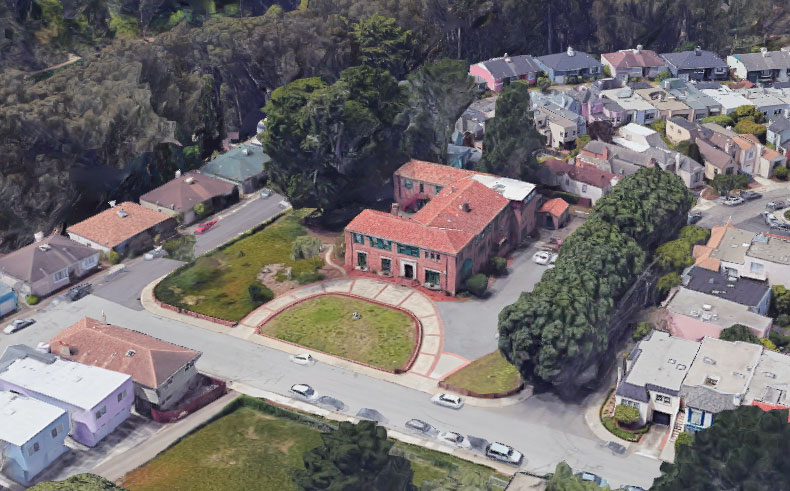 Aerial view of the Pinehurst Lodge and surrounding grounds in 2020. (Google maps)

On March 7, 1929, the new Junior League Home was dedicated as “Pinehaven” in memory of its champion, Ms. Alvord, who had died two years earlier at the young age of 34. The one-acre campus occupied the full-width of the irregular block between Escolta Way and Wawona Street, 30th Avenue to 31st Avenue. Architects Ashley, Evers, and Hayes used a modified Italian Renaissance Revival style for the building, its red brick cladding set off by a red-clay tile roof. Two dozen children could be in residence at a time.3

Boys and girls had separate wings inside with classrooms and playrooms. The largest recreation room featured tiling decorated with animals, ships, and castles. Richly-painted coffered ceilings with heraldic designs spelled out verses in Latin from the Book of St. Matthew. (“Suffer little children to come unto me, and forbid them not: for of such is the kingdom of God. Verily I say unto you, Whosoever shall not receive the kingdom of God as a little child shall in no wise enter therein.”) The fireplace frieze in the main reception area depicted the entourage of Old King Cole from nursery rhyme fame. 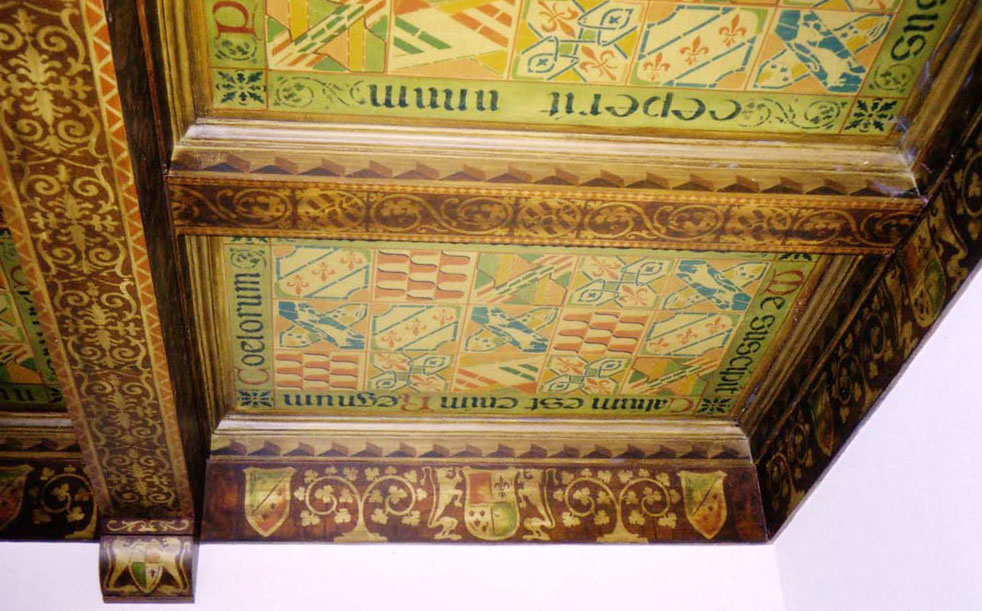 Ceiling decoration of Pinehurst Lodge with bible verses in Latin.

After World War II, Pinehaven was taken over by the Salvation Army and was rechristened “Pinehurst Emergency Lodge for Women and Children.” With the new name came a modified mission to address post-war needs, succinctly described in a 1947 San Francisco Examiner column: “You’ve read about others like her—a blonde young woman from Australia, with a healthy red haired baby, who came to America to join her ex-GI husband and found he didn’t want her. She’s en route back to Australia with her young son, and little money. Where can she stay in San Francisco?”4

Pinehurst served as a 24-hour emergency shelter with a capacity for 30 women and four babies, a temporary refuge for women stranded “without funds or friends.” Women referred to the Emergency Lodge came from city and social service agencies and the police court. Residents included women waiting for placement in care homes, abused wives, women battling alcoholism looking for treatment, and out-of-town mothers in San Francisco for welfare case hearings. In the year 1950, almost 300 women and 66 children passed through, some for just one night and others for up to six months while awaiting transferring husbands in the armed forces.5 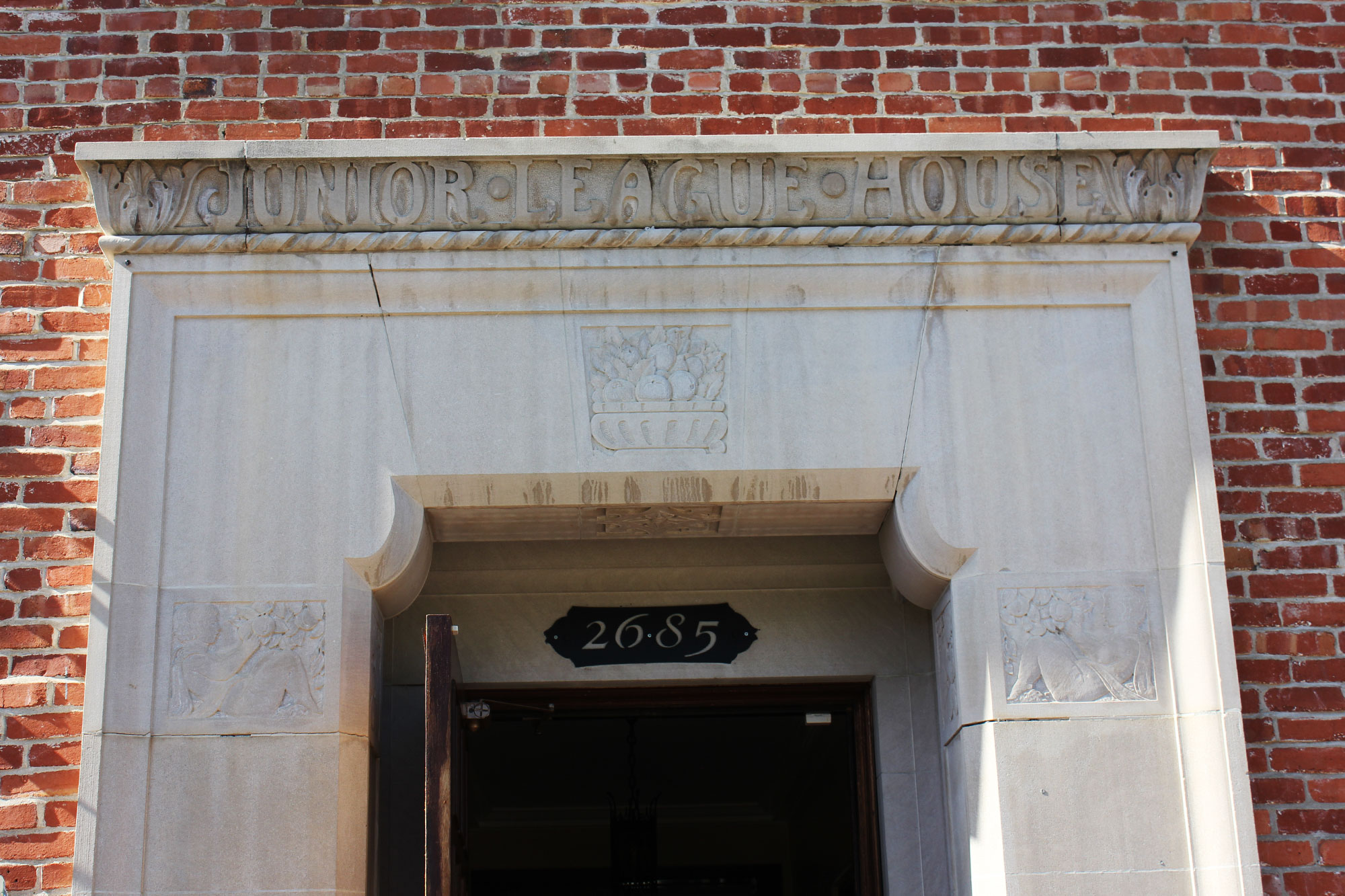 In 1975, the Salvation Army refined Pinehurst’s mission again, designating it as a link in its alcohol rehabilitation program for women. Fifty years later, it is still a residential care center for alcohol and substance abuse treatment, with up to a dozen women living in the lodge, receiving counseling and support during their recovery.6

Mature trees shade the attractive landscaped grounds. The main building—its marble entryway surround still reading “Junior League House”—retains great integrity. Pinehurst Lodge is significant as a structure and a campus not just to the Parkside District, but also to the history of San Francisco’s private service agencies, our society’s vulnerable populations, and changing methods of treatment and care over the past century.

Tags
Heritage in the NeighborhoodsParksidelandmark-worthy