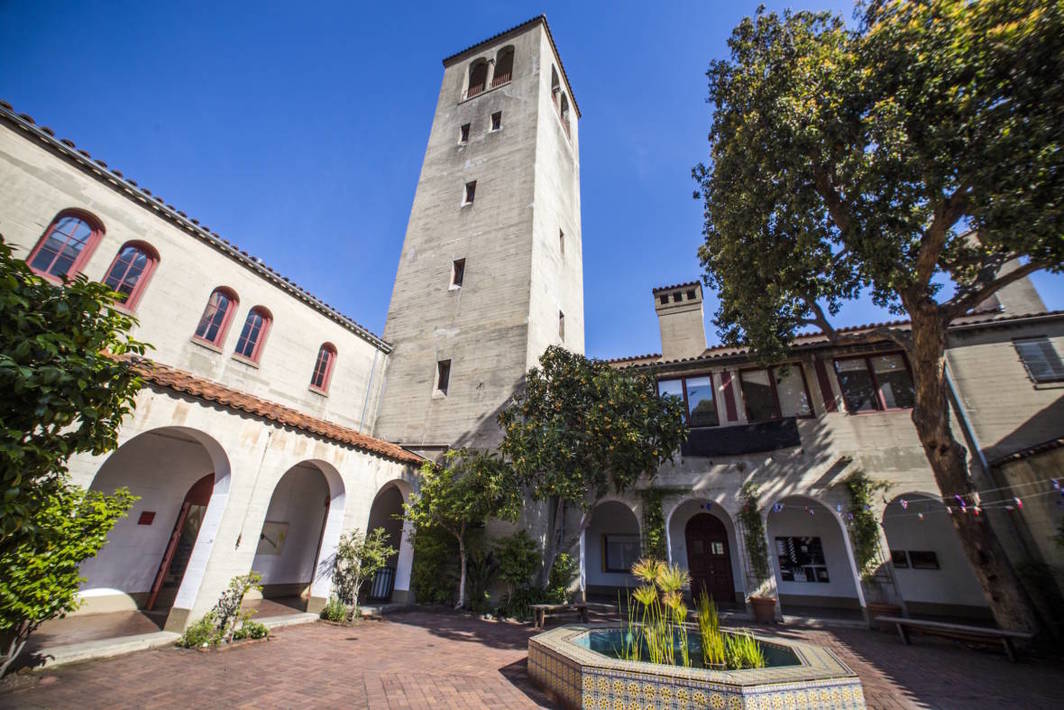 On March 23, 2020, the president and board chair of the 149-year-old San Francisco Art Institute (SFAI) released a message announcing a planned suspension of courses and degree programs after the school’s May 2020 graduations.

The possible loss of a prestigious institution steeped in San Francisco history since its 1871 origins on Nob Hill is alarming enough, but the now-uncertain future of the stunning and important SFAI campus at 800 Chestnut Street is a great preservation concern.

The firm of Bakewell and Brown, architects for San Francisco City Hall, Temple Emanu-El, Telegraph Hill’s Coit Tower, and other landmarks across the city, designed the campus for what was then named the California School of Fine Arts. Completed in 1926 on the northern slope of Russian Hill in Mediterranean Revival style, the complex is homage to an Italian or Iberian hill town with red clay tile roofs, a courtyard with fountain, and a prominent tower that has become an icon of the neighborhood. 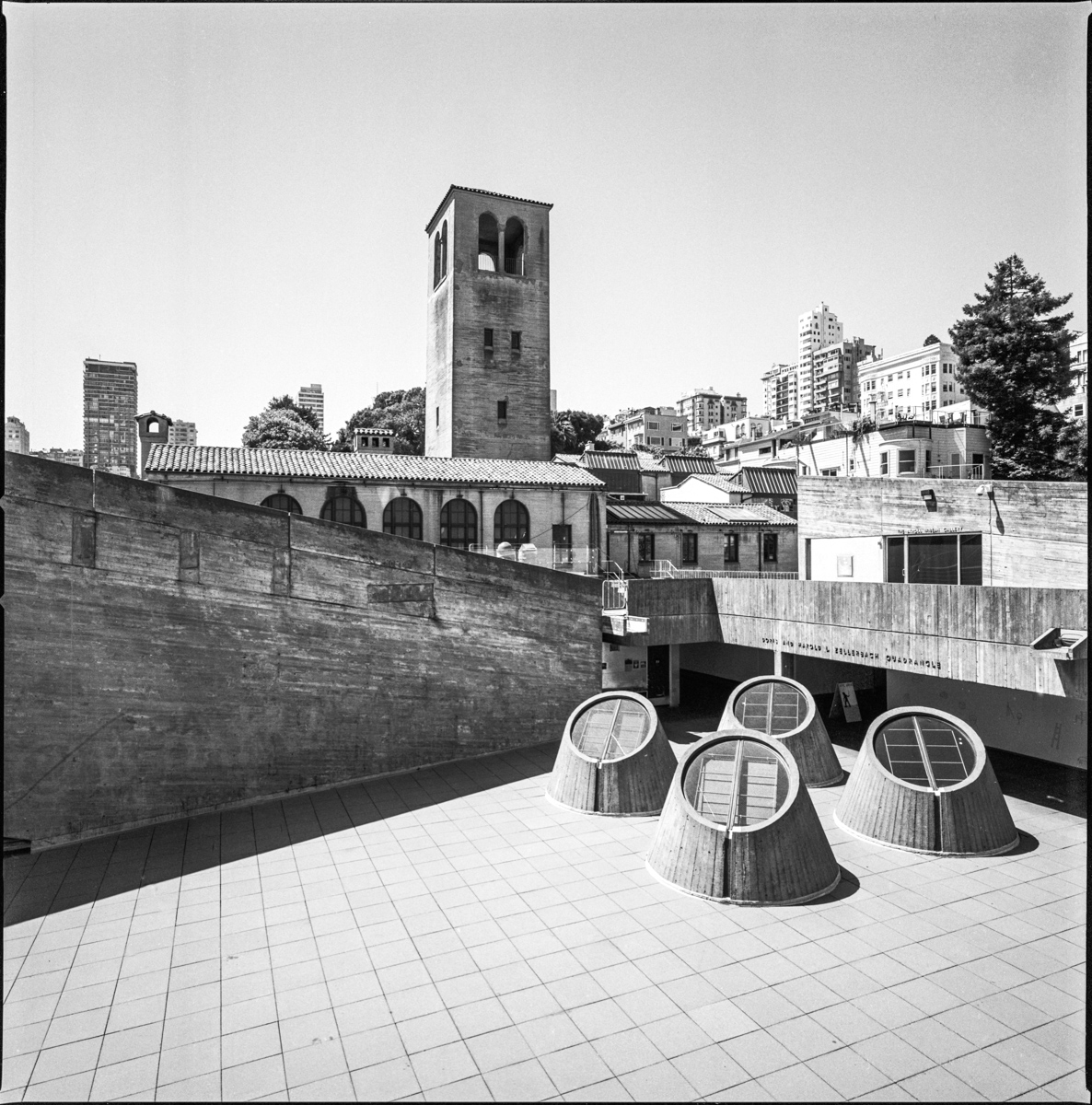 View from SFAI 1969 courtyard to the 1926 complex with tower. (Photograph by Jeremy Blakeslee).

Traditional elements, like its tower and arcaded courtyard, were created with a modern material, board-formed concrete, and the 1969 addition by Pafford Keating Clay continued with concrete in a contemporary style of architectural abstraction. While Bakewell & Brown’s design faced inward, the 1969 half, with its broad elevated plaza, turns out to embrace North Beach and the bay beyond. The two halves are strikingly different, but they hold together as an integrated whole.

Beyond architecture, the SFAI campus is significant for its Diego Rivera mural, The Making of a Fresco Showing the Building of a City (1931), a masterpiece that has been considered being sold by the institute’s trustees to save the school, although SFAI’s city landmark designation explicitly lists the mural as a key element to the site’s significance. 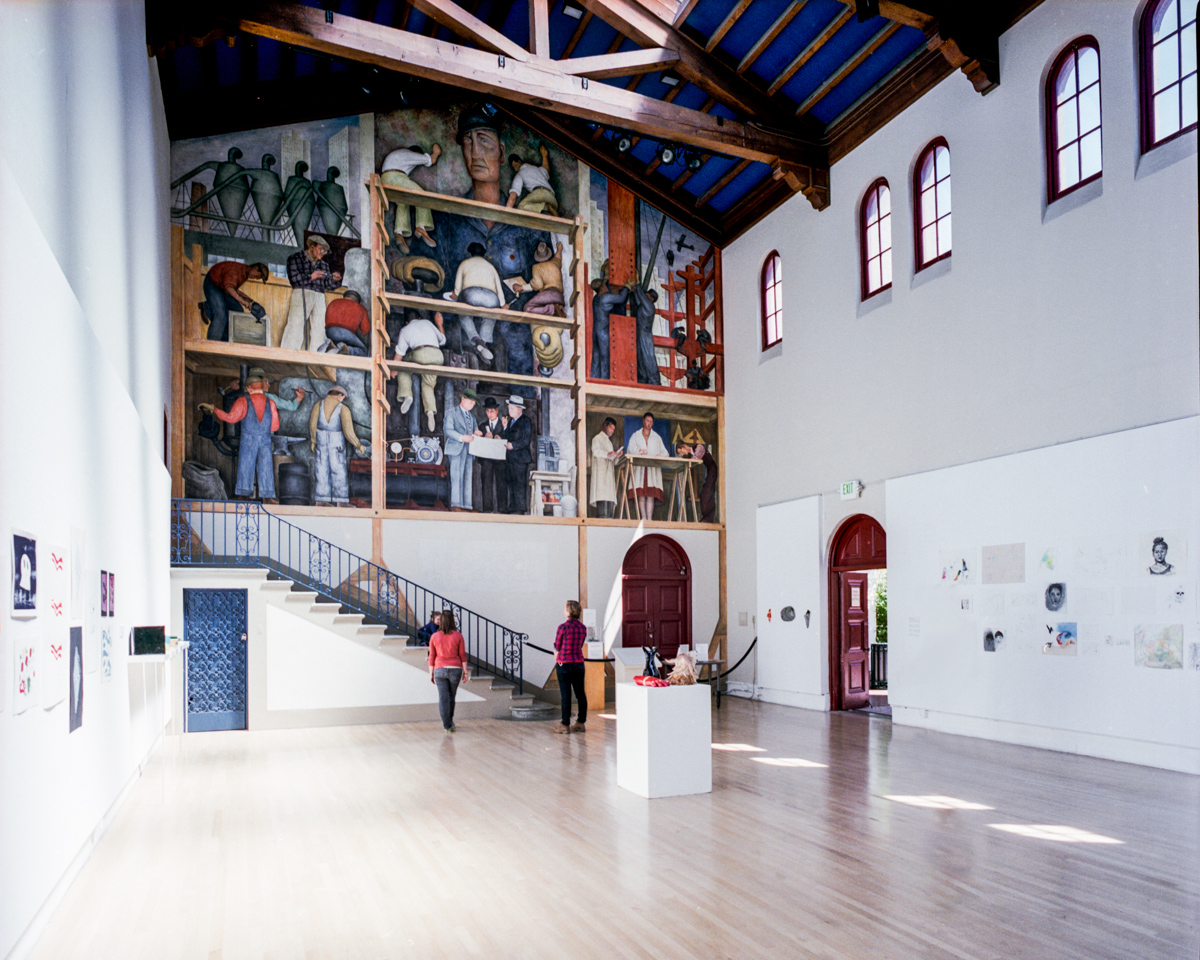 View to The Making of a Fresco Showing the Building of a City, in SFAI’s Diego Rivera gallery. (Photograph by Jeremy Blakeslee).

The SFAI campus is no less important for its affiliation with renowned student artists and teachers: photographers Ansel Adams, Minor White, and Annie Leibovitz; members of seminal punk rock bands of the late 1970s; Academy Award winners such as cinematographer Peter Pau and film director Kathryn Bigelow; and many other important sculptors, painters, writers, and conceptual artists.

The campus is City Landmark #85 and listed on the National Register of Historic Places. Its architectural and cultural importance to Russian Hill and North Beach, and the City of San Francisco overall, cannot be overstated.

Heritage is committed to working with any and all parties to safeguard and protect the landmark SFAI landscape, is in contact with relevant parties, and is monitoring the situation closely. 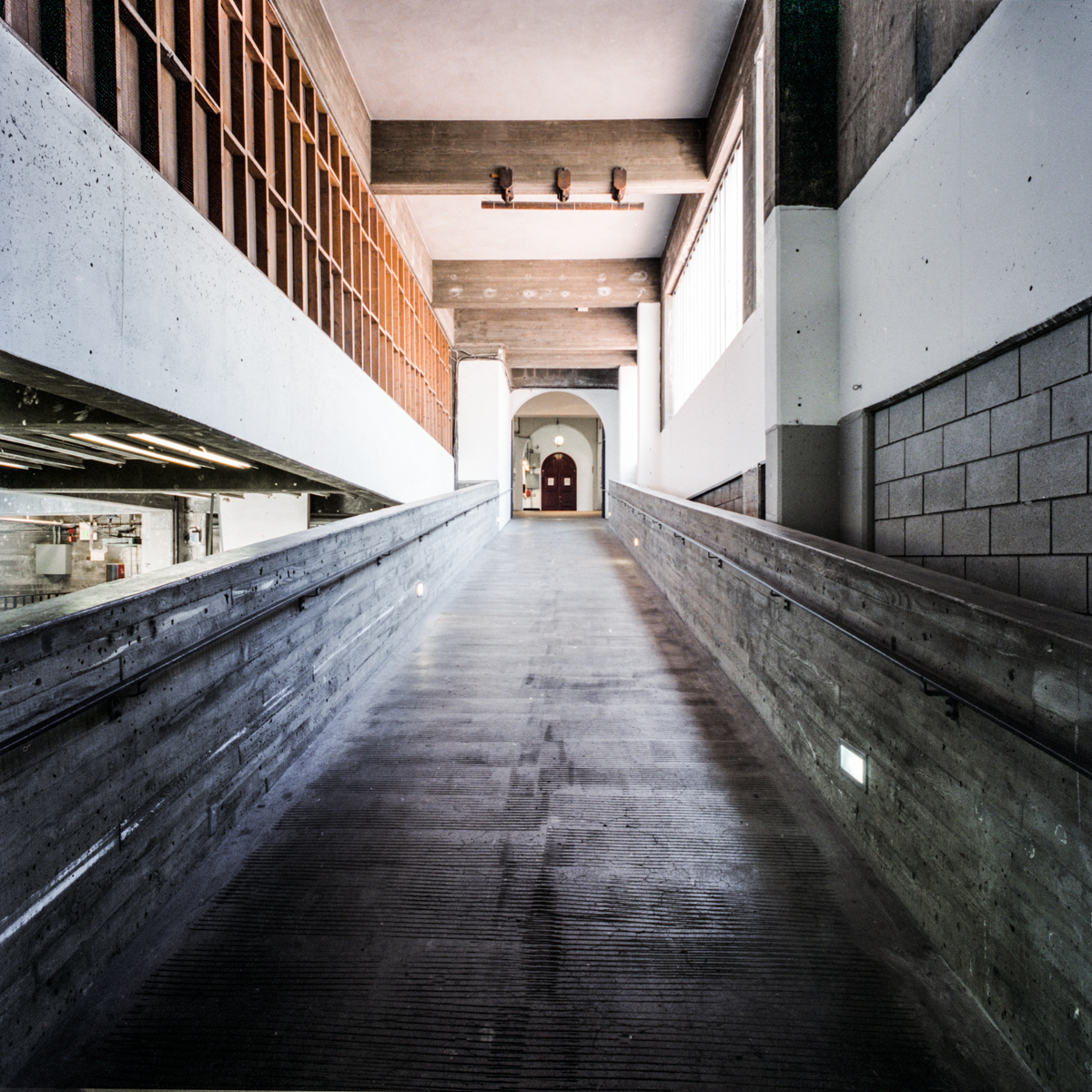