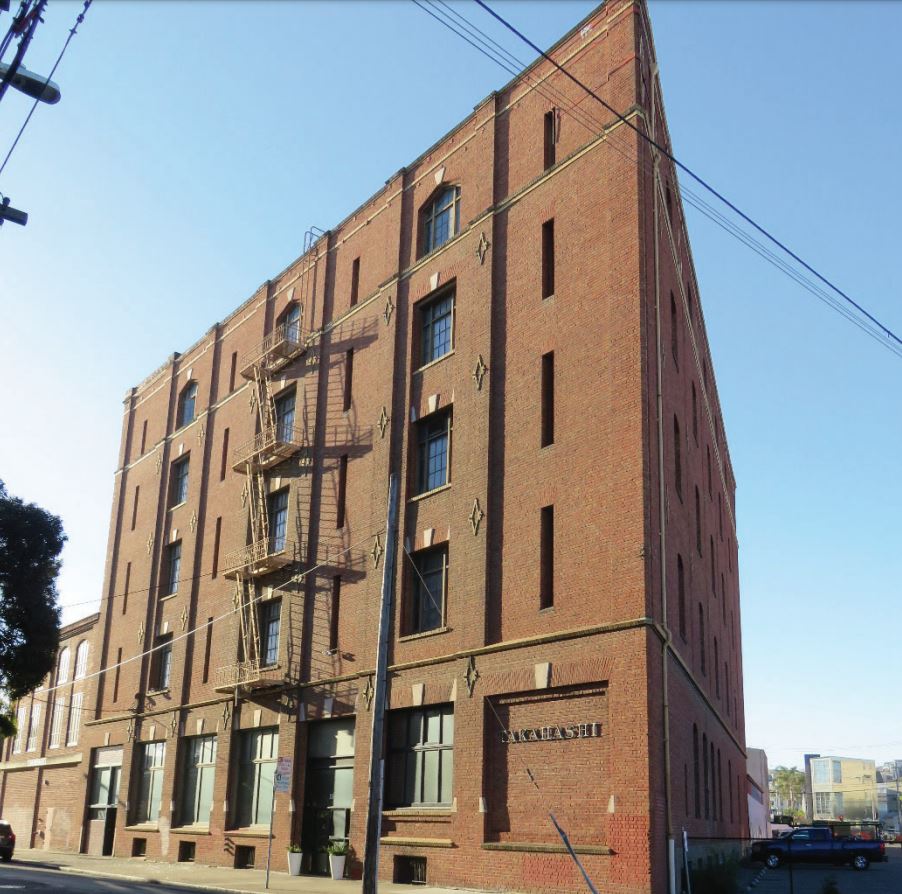 Today, San Francisco’s Historic Preservation Commission (HPC) voted to add the Takahashi Trading Co. Headquarters at 200 Rhode Island Street to the San Francisco Planning Department’s Landmark Work Program, which puts the property on track for landmark designation. Located within a flat, triangular parcel in the Showplace Square neighborhood and within the larger South of Market (SoMa) district, 200 Rhode Island is determined eligible for designation in part for its association with its long-term property owners, Henri Takahashi (1914-2002) and Tomoye Takahashi (1915-2016). Both were prominent entrepreneurs and philanthropists, through whose efforts Japanese culture, history, and art were supported and showcased to a broad audience in the Bay Area and elsewhere throughout the United States. The original 1912 heavy timber-frame and brick warehouse also constitutes an early and distinctive project in the career of architect G. Albert Lansburgh, who was highly regarded as a designer of theaters in the early twentieth century.

Approval for Planning’s Landmark Word Program is one of several ways that a landmark designation process can be initiated. Since 2012, the HPC has prioritized inclusion on the current Landmark Work Program for properties that represent underrepresented communities – with strong cultural and/or social associations, property types including landscapes, buildings of Modern design, and sites located in geographically underrepresented areas of the city. In 2020, the HPC adopted Resolution No. 1127 Centering Preservation on Racial and Social Equity, which states goals for how the Commission and the Planning Department can develop proactive strategies to address structural and institutional racism and center their work and resource allocation on racial and social equity, focused on preservation, and applies to prioritization of Landmarks. 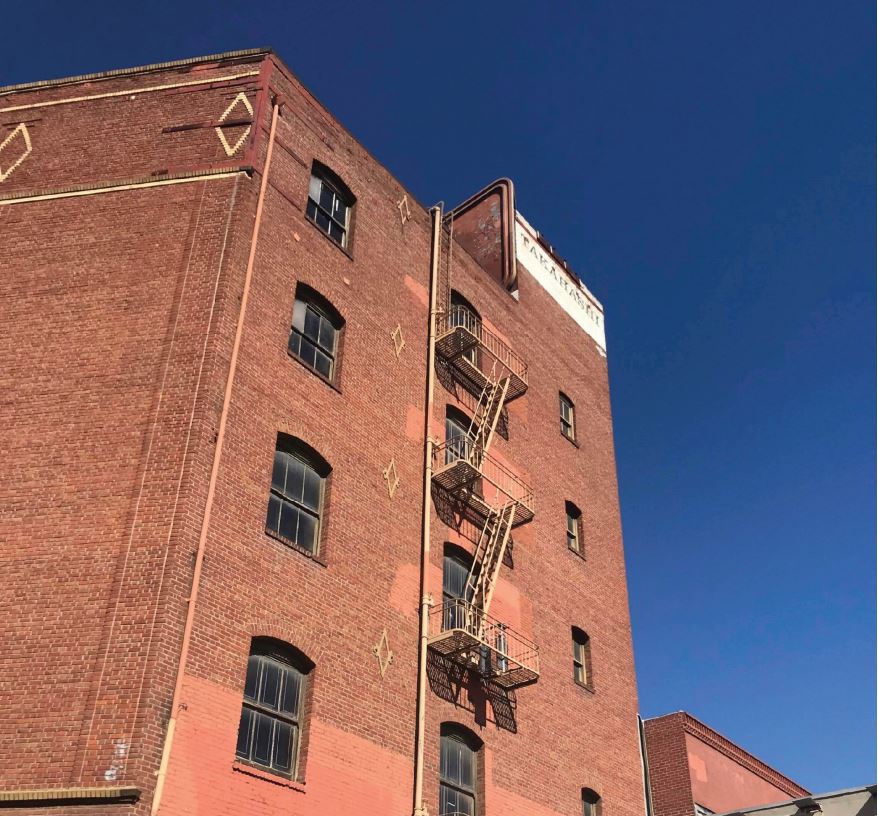 G. Albert Lansburgh designed this light industrial brick building early in his career and is one of his few known warehouses.

200 Rhode Island Street is the most significant extant property in San Francisco associated with the legacy of Henri and Tomoye Takahashi and Martha Suzuki, and their story is deeply emblematic of the history of Japanese Americans in California and the opportunities that changes in broader social attitudes afforded them after World War II.

Born on Stanyan Street in San Francisco of Japanese parents, Tomoye Takahashi earned her bachelor’s degree in decorative arts from UC Berkeley. Henri Takahashi was born in Japan, and immigrated to Hawai‘i with his parents in 1918 and then moved to Oakland in 1930. He later enrolled at Pamona College and became a journalist. Tomoye and Henri married shortly before the Japanese attack on Pearl Harbor precipitated their removal to desolate internment camps (Topaz War Relocation Center), along with 120,000 others of Japanese descent. After the war, the Takahashis returned to San Francisco and opened a dry goods store called Takahashi Trading Co. at 1661 Post Street in Japantown. They exported medicines, clothing, and other staples to war-torn Japan and soon began importing traditional items, like folk pottery, lacquerware, and musical instruments. 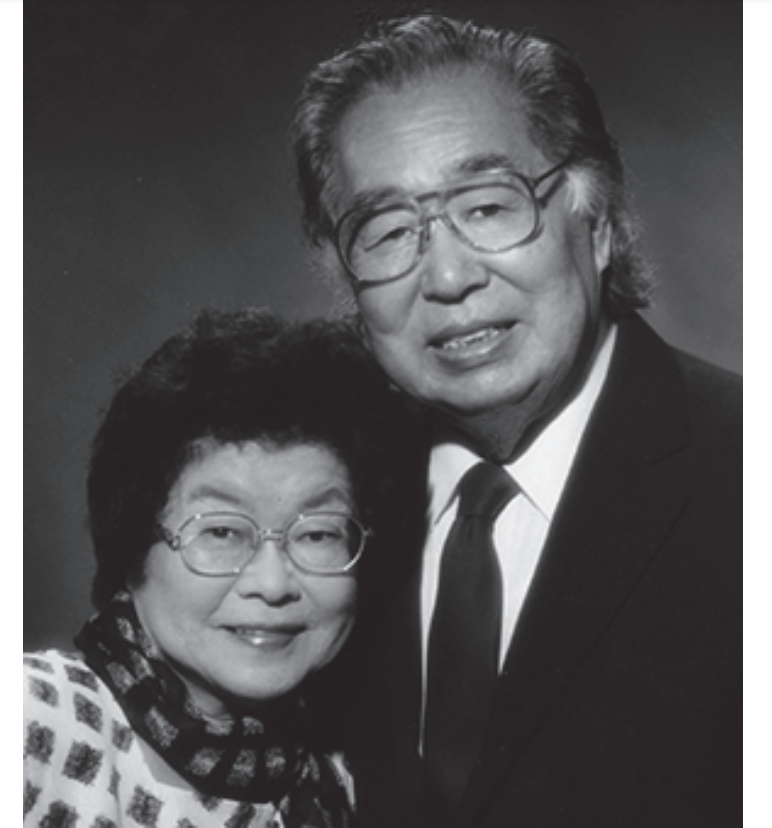 After their building was demolished in 1959 as part of the redevelopment of Japantown (ironically for the construction of the Japanese Trade and Cultural Center), the Takahashis moved their burgeoning retail business to Jackson Square and soon expanded to Union Square and Ghirardelli Square. Buoyed by the continued success of their business, Henri and Tomoye purchased the light industrial property at 200 Rhode Island Street in 1965 and expanded it over the next decade to form an integrated complex of offices and warehouses. Tomoye’s sister Martha Suzuki joined the family business and played a key role in its financial success. The buildings at 200 Rhode Island Street served as their business headquarters, and later their charitable foundation beginning in the mid-1980s, and provided ample storage space for imported Japanese finely crafted goods that they sold wholesale and in retail stores throughout the San Francisco Bay Area and as far away as New York City.

The family retained ownership of the property until 2019, selling it shortly after the death of Tomoye Takahashi in 2016. 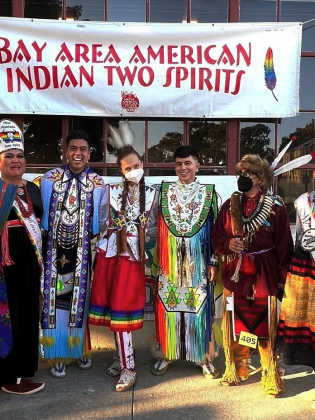 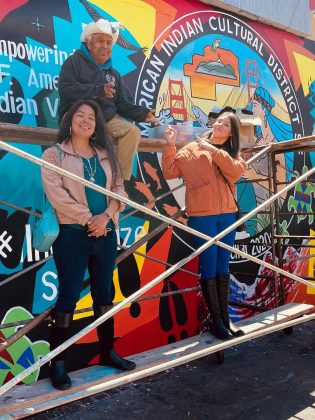 Heritage 50: Asian Art Museum Moves into the Main and the Fight for the Piazzoni murals