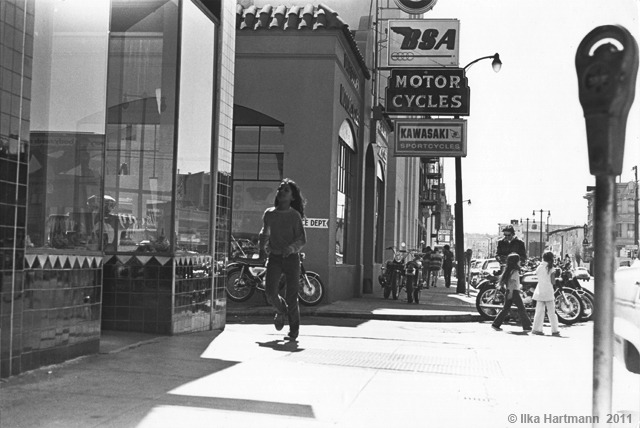 San Francisco’s Mission District was home to the first and the second American Indian Center (AIC), located at 3053 16th Street and 225-229 Valencia Street respectively. The buildings that housed the AIC and the 16th Street and Valencia Street area hold great importance to the American Indian community and have provided a home for historic and politically significant events. A virtual incarnation of the center, the American Indian Cultural Center (AICC), is working towards acquiring a physical building while continuing the important work of the earlier centers: providing resources and programming for American Indians in the San Francisco Bay Area. 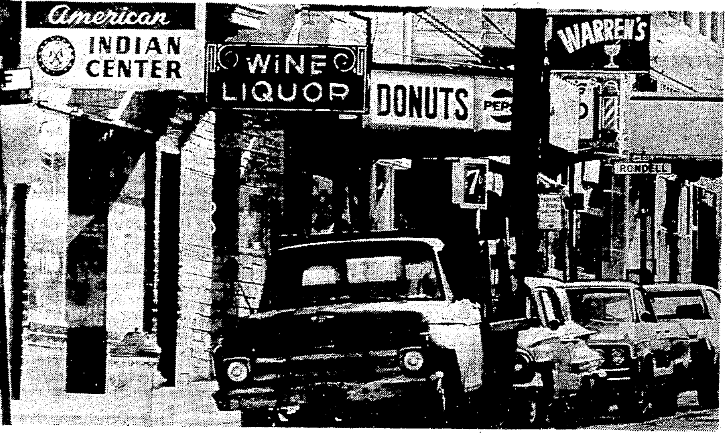 Partial view of the original American Indian Center at 3053 16th Street (the address no longer exists) before the building burned in a fire on October 29, 1969. Warren’s Bar, one of the first American Indian bars in San Francisco, can be seen a few doors down. Photo by Greg Peterson for the San Francisco Chronicle.

The AIC was originally founded by The Society of St. Vincent de Paul in the early 1950s, and was turned over to the American Indian Council of the Bay Area the following decade. The AIC opened its first physical space at 3053 16th Street, between Valencia and Mission streets in 1959. Here, the center established programs to aid with job counseling, social work, and health outreach programs, as well as distributing food and clothing. The center also hosted  recreational activities such as sports, socials, and rock concerts with local bands.

For many American Indian migrants moving to San Francisco during a period of American Indian urbanization intensified by official government Relocation programs the AIC provided help in locating temporary housing and assisted in their overall adjustment.1 National American Indian leader Wilma Mankiller (Cherokee) described the AIC as an important location for an urban population with no land base: The center, Mankiller said, “helped to give us direction and boost our pride.”2 Debbie Santiago (Washoe), who grew up in the Mission and whose parents frequented the original center, said that “this wasn’t just an art center, it was a center for EVERYTHING.” 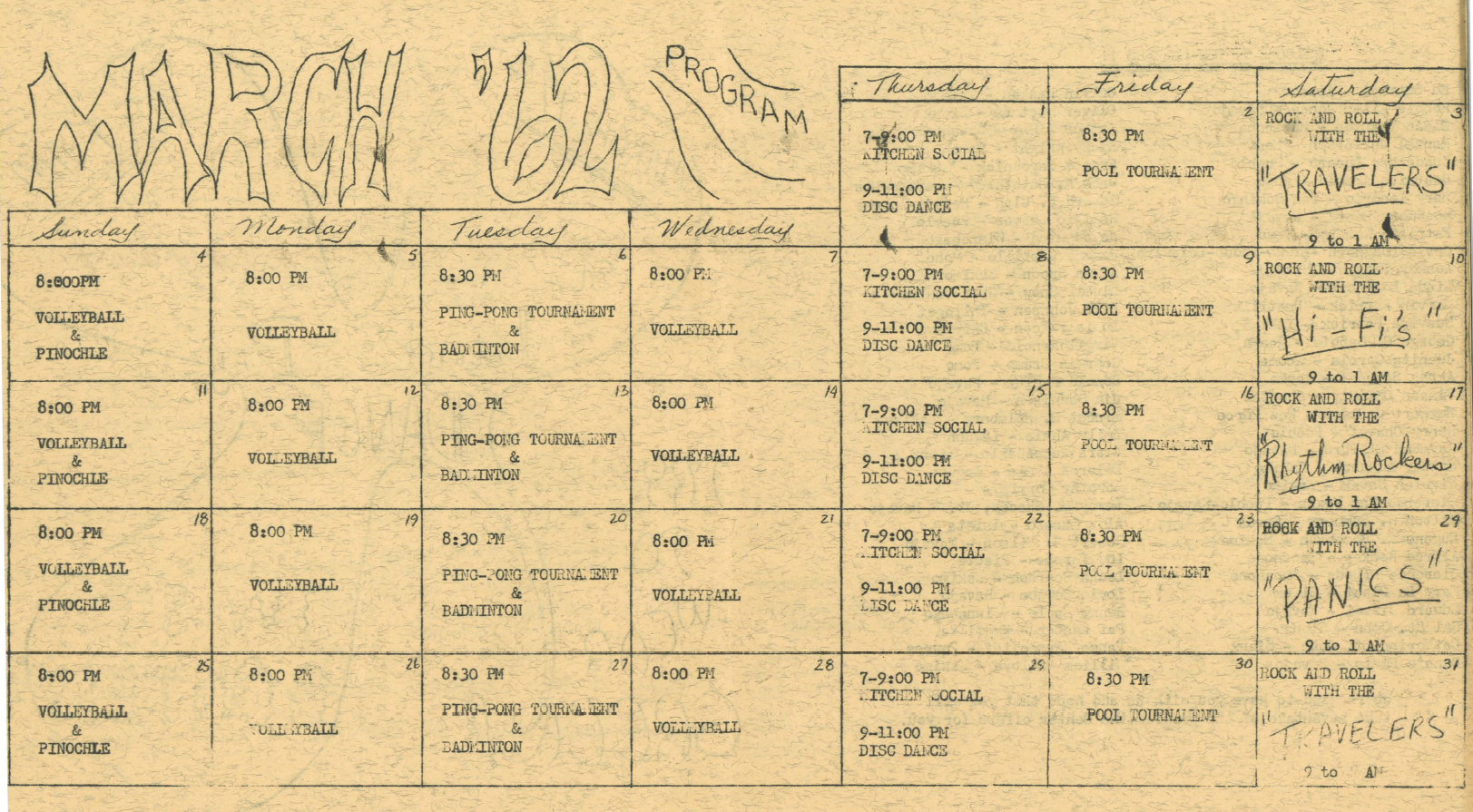 An excerpt from the American Indian Center newsletter “The American,” March 1962. The calendar lists volleyball on Mondays and Wednesdays, ping pong tournaments on Tuesdays, “Kitchen Social” events on Thursdays, and rock-and-roll concerts with local bands like the “Travelers,” the “Hi-Fi’s,” and the “Panics” on Saturdays. (click to view larger) 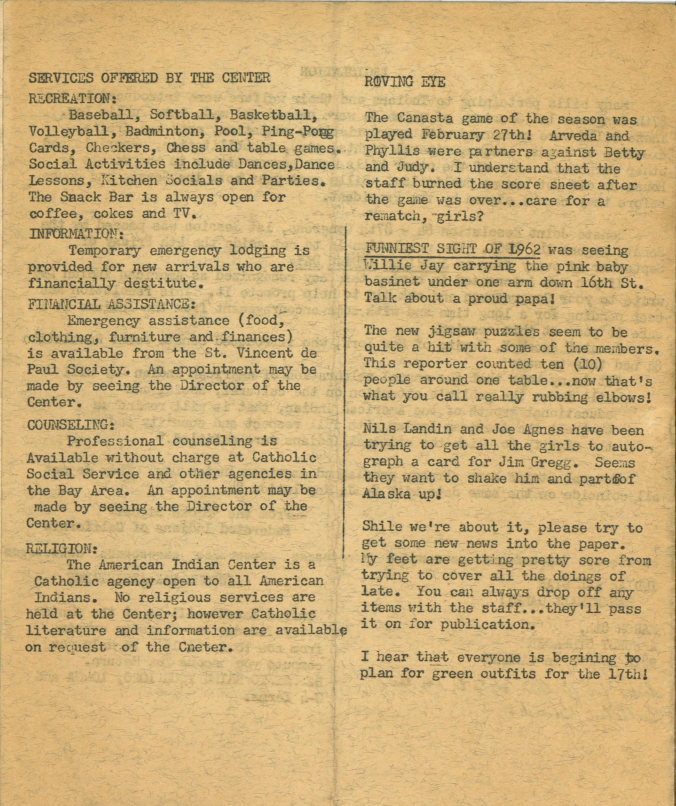 An excerpt from the American Indian Center newsletter “The American,” March 1962. Services offered by the Indian Center are listed in the categories of “Recreation, Information, Financial Assistance, Counseling, Religion.” The center’s focus on Catholicism harkens back to its founding by the St. Vincent de Paul Society. (click to view larger)

According to the Executive Director of AICC April McGill, when a mysterious fire burnt down AIC on October 29, 1969 3 “it provided the spark that ignited the Alcatraz Movement,” launching a new era of Native American rights and advocacy. Activists, who sought to improve conditions for recently urbanized American Indians, pushed to create a new center and Native American school on Alcatraz Island, which remained open until June of 1971. From 1969 through 1970, the AIC also held an office space at 16th and Guerrero Street; it was from this location that Santiago’s mother and other activists coordinated supplies to and from Alcatraz.

While the community established these new spaces for the center, it continued to seek restoration of land and a larger permanent home in the Mission District. According to Santiago, the community acquired the use of a new building at 225-229 Valencia Street in 1968, and they were up and running by 1971. Originally built in 1907 for the Serbian Benevolent Society in the Classical Revival/Mission Revival style, this building housed a wide variety of services, programming, and resources for the American Indian community. By 1971, according to Kent Blansett’s Journey to Freedom: Richard Oakes, Alcatraz, and the Red Power Movement, the American Indian Center hosted an estimated forty or more local organizations, from Tribally specific organizations (Navajo, Eskimo, Chippewa, and Tlingit-Haida) to a wider range of Intertribal organizations.4 The American Indian Movement (AIM) held an office in the building before moving to the International Indian Treaty Council on Mission Street. The center on Valencia closed in 1989 due to financial difficulties. 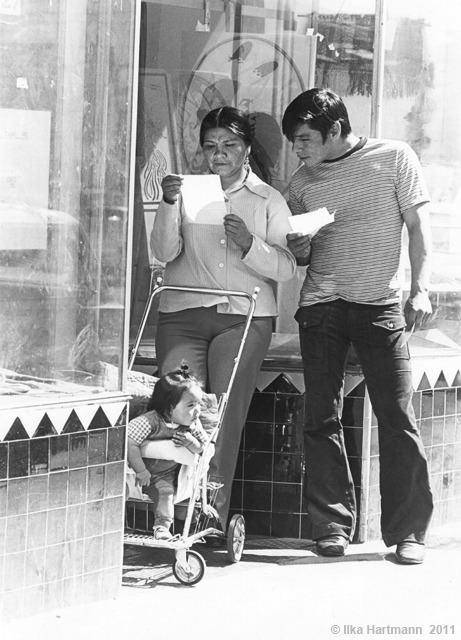 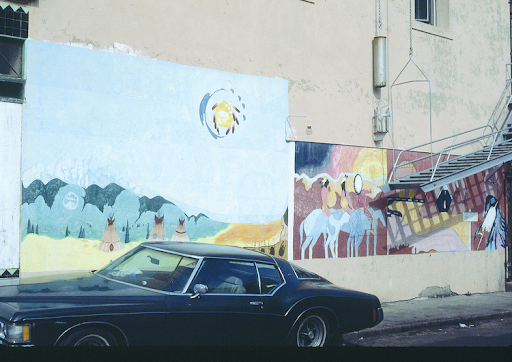 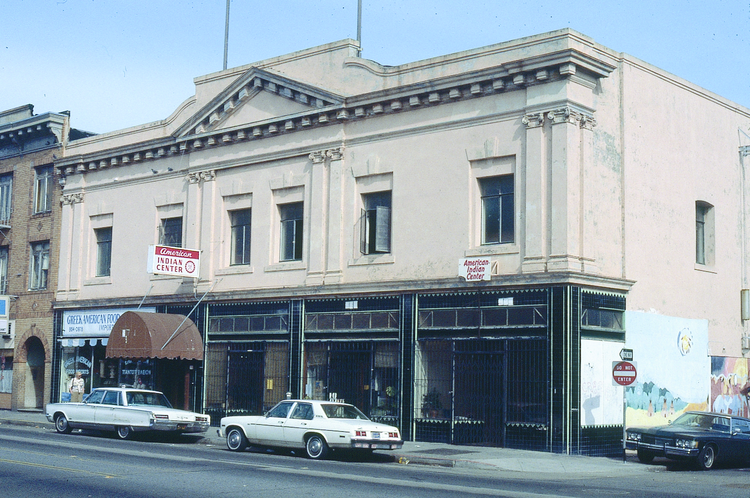 The second American Indian Center at 225-229 Valencia Street, February 20, 1983. (Max Kirkeberg Collection, San Francisco State University.) “When I grew up we had many [American Indian] organizations that came out of the center on Valencia Street.”—Mission District native Debbie Santiago (Washoe). 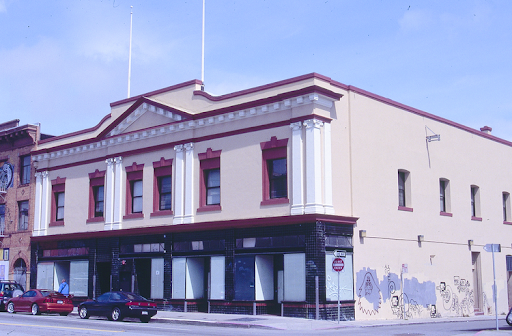 From 1990-1995, a new incarnation of the center, the Indian Center of All Nations (ICAN), was located at 3020 16th Street near Mission Street. ICAN struggled financially and closed in 1995.

From 2005 to 2007, the American Indian community, including members from different Ohlone tribes and other recognized community elders, advocated at city meetings for program funding and a new community space. In 2013, after meeting with community members about a new center and supporting American Indian visibility, Mayor Ed Lee attended the Dancing Feathers Youth Pow-wow at Thomas Edison Charter Academy (3531 22nd Street) and announced his intentions to help find a new home and funding for an American Indian Cultural Center. As a response to Mayor Lee’s announcement, an American Indian Advisory Council formed that same year. Debbie Santiago, a member of the council, said that the community felt that they were close to gaining a new physical home for the center: “This is our time, we need to move forward and we need to do it now.” 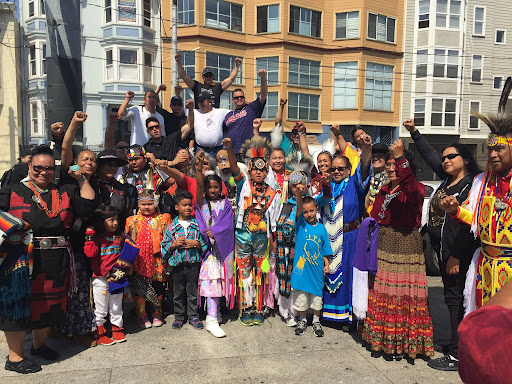 From April McGill: “This is the American Indian Community’s dancers and singers participating in the annual San Francisco Mission District Carnival celebration. The AIAN community are raising their fists to say, We are still here!” October 2016. Photo courtesy of the American Indian Cultural Center. 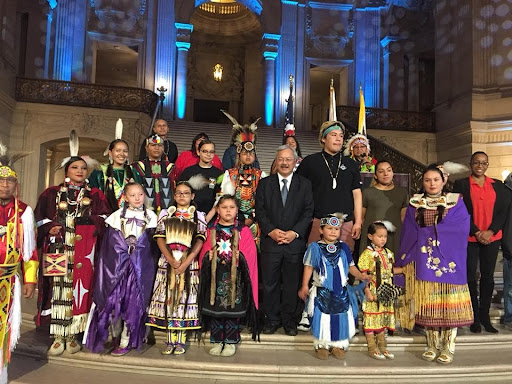 While the death of Mayor Lee in 2017 was a setback in AICC’s plans to find a new home (it has now been eight years since Mayor Lee announced his intention to give the American Indian community a new cultural center), the community continues to fight for a physical building in the Mission District. Every year, AICC hosts the Native American Heritage Month celebration at City Hall with the Mayor and collaborates with other Native organizations to honor local heroes. Throughout the pandemic, the American Indian Advisory Council has met virtually the last Saturday of every month to discuss the future and vision of a new center. Council members are also in the process of teaching community elders how to use tablets to join council meetings virtually. They call elders regularly to see how they are doing and distribute food boxes to those in need; this has been a good way for elders to receive news about the American Indian community during the pandemic.

Special thanks to April McGill and Debbie Santiago for their assistance on this post.