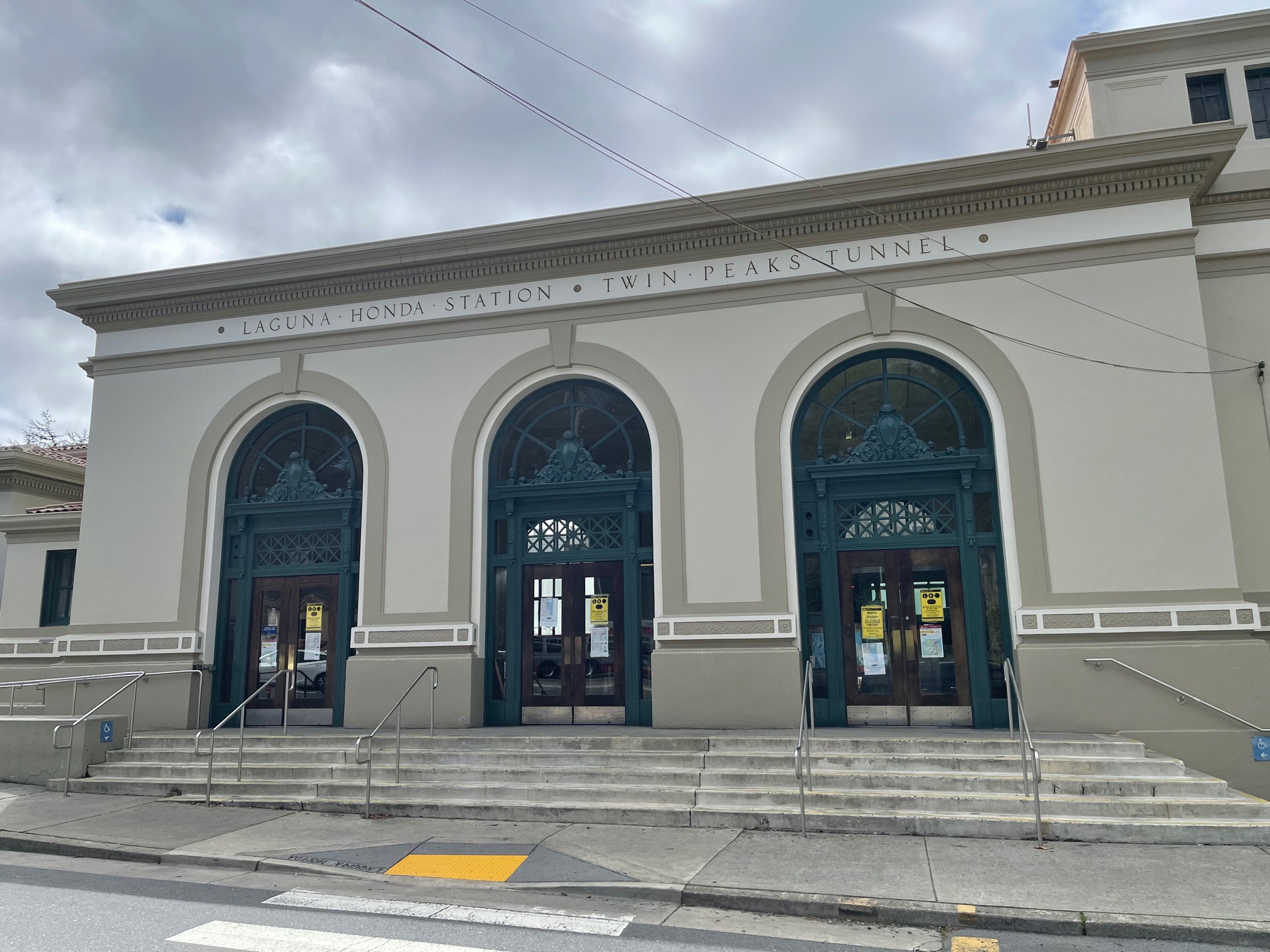 This piece is authored by Walter Thompson, journalist and host of The Golden City podcast. Heritage is excited to start engaging Walter to write monthly articles on issues across the city. Stay tuned for more!

In 1910, San Francisco had 416,912 residents, but the overwhelming majority lived east of Twin Peaks.

Although a few thousand had settled in the Richmond district, a population map shows that approximately 7,000 people lived just south of Golden Gate Park and along 9th Avenue. About 1,400 more were clustered around Laguna Honda, the public hospital and care facility.

San Francisco rebuilt itself after the 1906 earthquake and fire, but the boom reconstructed lost areas and filled in existing gaps so quickly, most desirable land downtown had been developed. A few years later, speculators were buying sandy lots in the Sunset and San Miguel Valley. 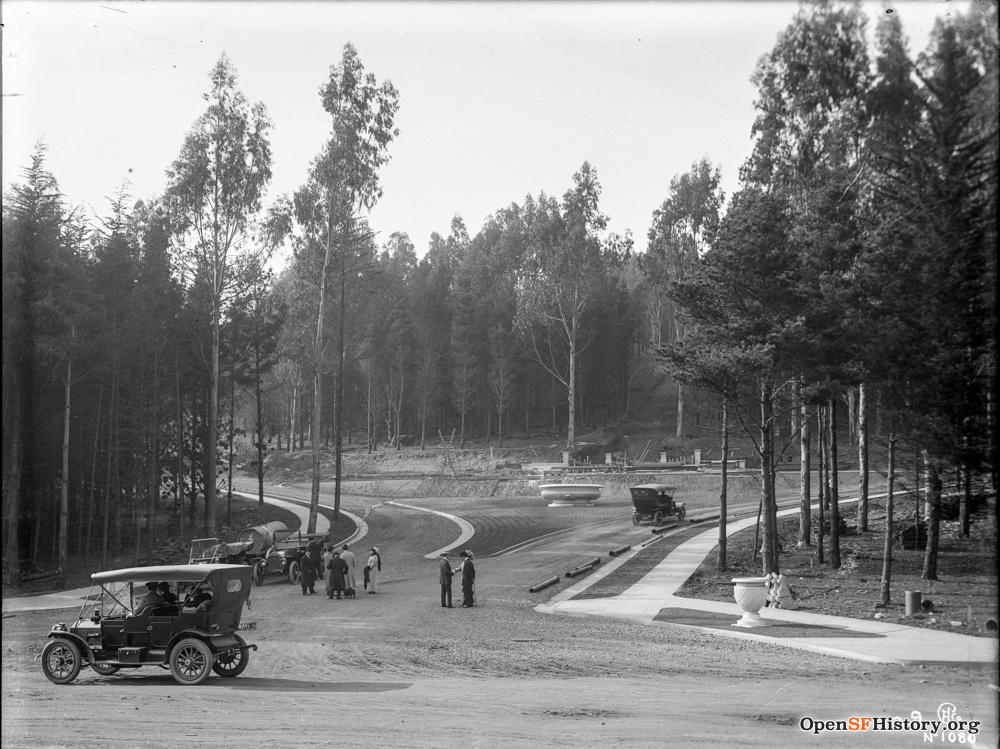 Builders conceived residential parks for affluent, genteel people who wanted stately homes inside the city limits. But without transportation that offered easy downtown access, the land might as well have been in Marin or San Mateo. Lacking paved roads or streetcars, a rush-hour trip from the Outside Lands to downtown would have taken the better part of an hour.

Many local improvement clubs and associations that helped pay to repair critical infrastructure like streets and sewers after the earthquake began marshaling public support for a new project: a streetcar tunnel under Twin Peaks. On the evening of April 18, 1910, the fourth anniversary of the cataclysm that destroyed the city, delegates from several neighborhood, merchants’ and civic organizations held a convention to discuss the matter.

So many attendees packed the New Era hall at 2117-2123 Market Street, a Call reporter described it as “the largest and most enthusiastic assemblage of improvement clubs ever gathered together in San Francisco for any purpose.” 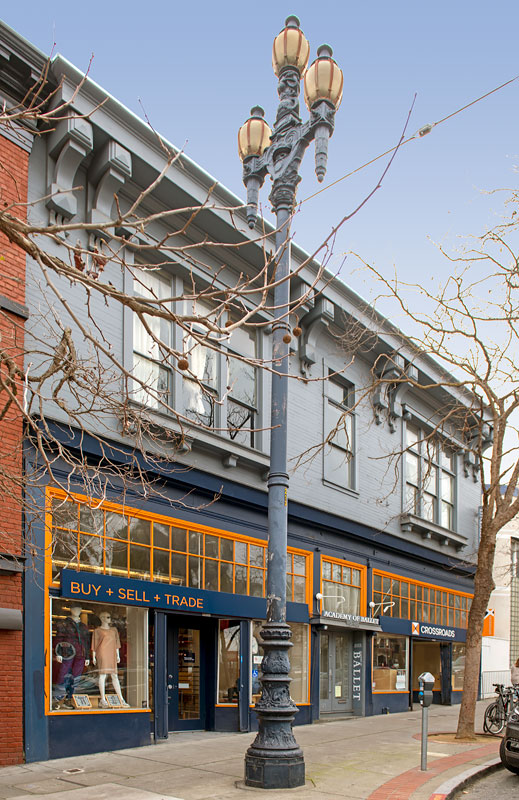 New Era Hall at 2117-2123 Market Street in 2020. Designed by architect August Nordin as a commercial building and social hall, was completed seven months after the 1906 Earthquake and Fire and is SF Landmark #277. Photo by NoeHill.

In September 1911, the Board of Supervisors approved a contract with Bion J. Arnold, a Chicago-based railway engineer. His team released a comprehensive study in March 1913 that called for major infrastructure projects like automobile parking in Union Square, “a supplemental Mission-Sunset tunnel under Buena Vista Heights,” and a “double-track bore suited for suburban trolley equipment and also high-speed multiple-unit trains” under Twin Peaks that could connect to a Market Street subway. 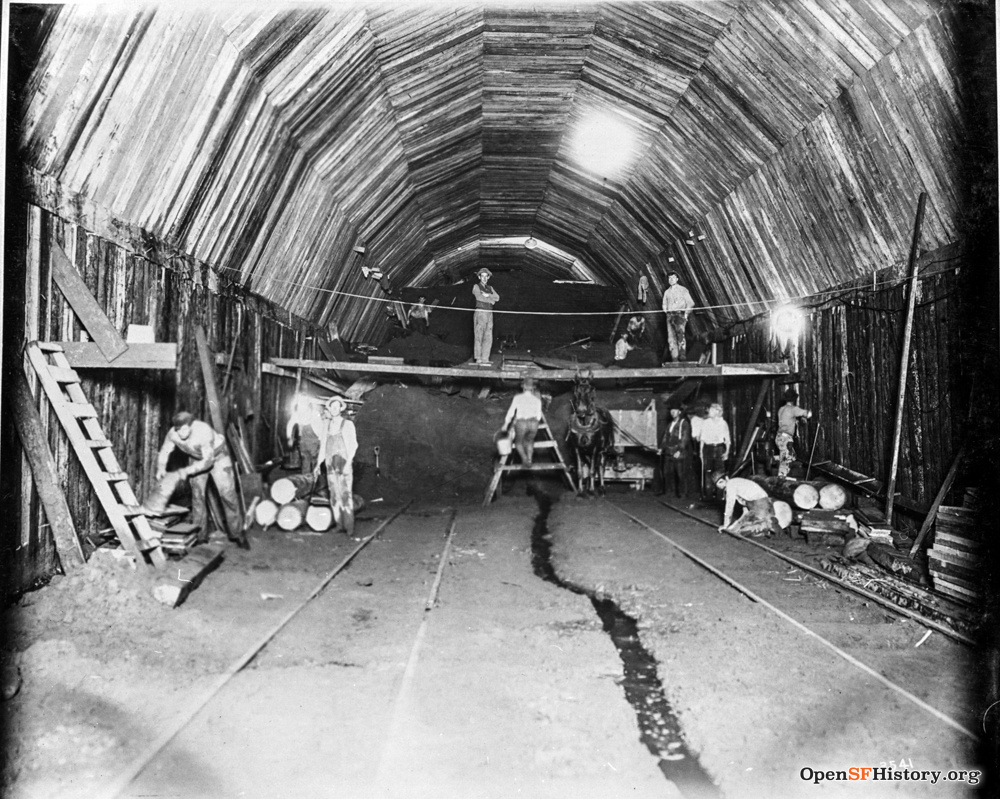 Tunnel construction began in November 1914, and on April 5, 1917, crews working on the east and west headings met underground. Their alignment and grades checked to within one-half an inch. 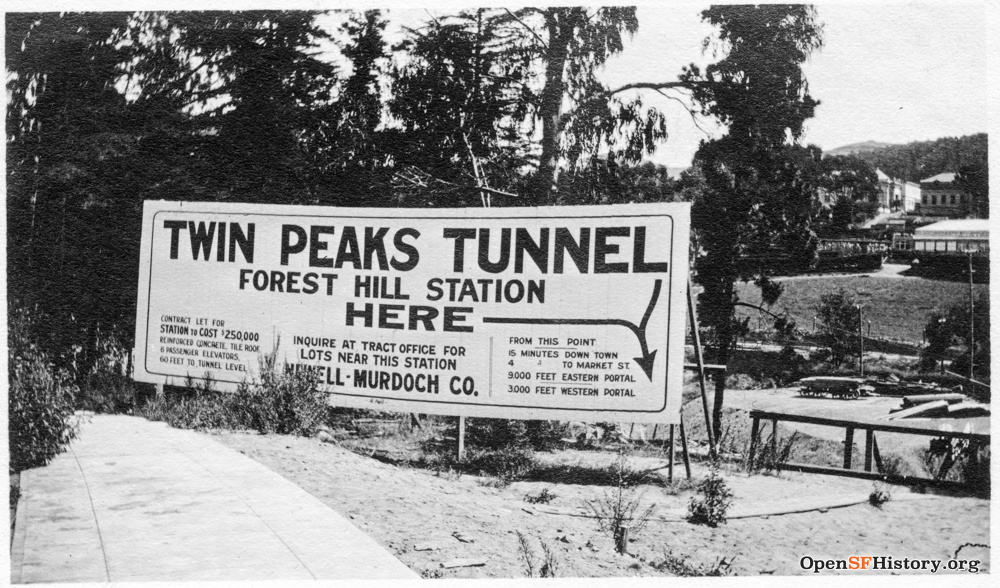 Two miles long and twenty-five feet wide, the $4.25 million project cut the travel time from Sloat Boulevard to the Ferry Building to less than 30 minutes and “doubled the available residential area in San Francisco,” claimed a January 1918 Chronicle editorial.

A month later, thousands of onlookers lined the streets and cheered as Mayor James T. Rolph rode a streetcar from City Hall to Laguna Honda Station (390 Laguna Honda Blvd.) wearing a motorman’s uniform. The enameled white bricks inside the station’s arcade and concourse were “similar to stations on the New York subway in nicety of detail,” found the Chronicle. 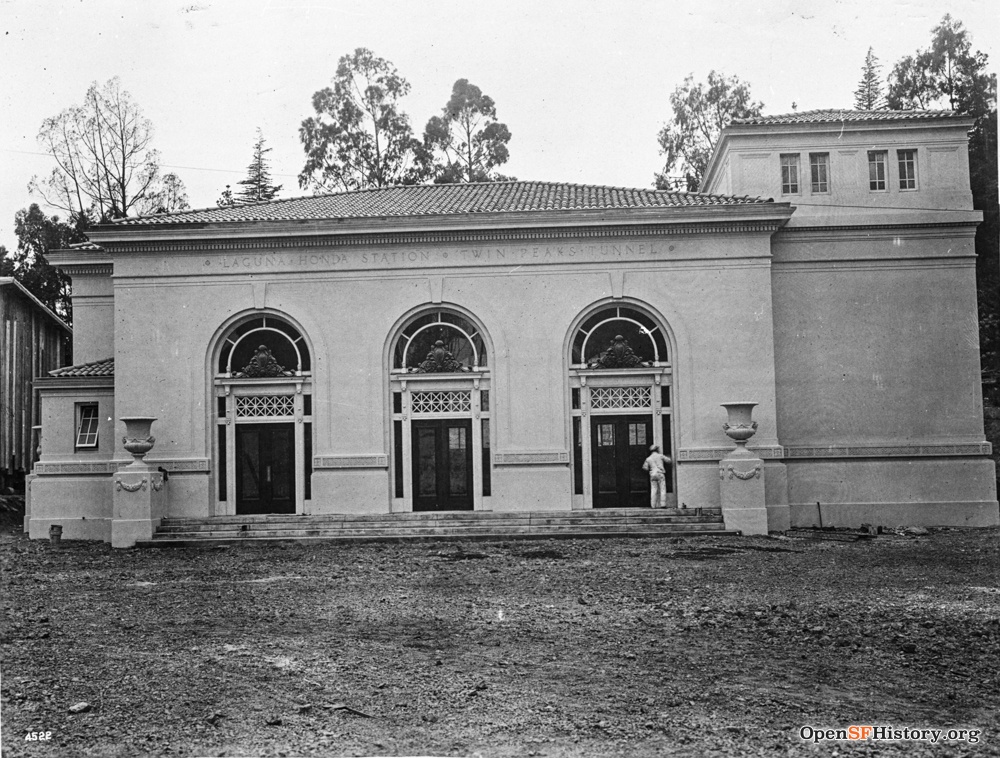 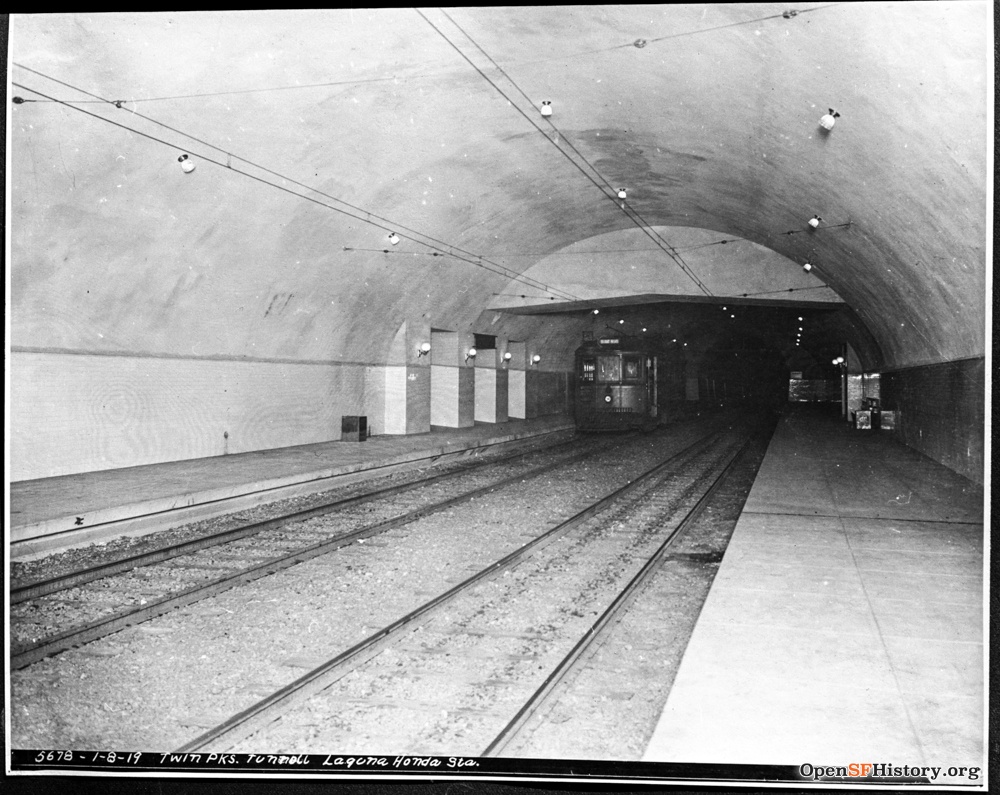 San Francisco’s transportation network became more cohesive in the next few decades as streetcar companies consolidated and came under city control. By the late 1970s, Muni was finally building the Market Street subway Arnold envisioned sixty years earlier, but after decades of neglect, the first subway stop in the West had devolved into “an old, dirty, smelly, dank relic from the dark ages of public transit,” wrote Chronicle columnist Carl Nolte.

In March 1979, neighborhood groups called for tearing down the since-renamed dilapidated station due to persistent crime and poor maintenance. Muni’s initial plan would have demolished the neoclassical station house facing Laguna Honda Boulevard to improve safety, ventilation and make it accessible for disabled riders, but the San Francisco Public Utilities Commission instead approved a $6 million renovation plan. 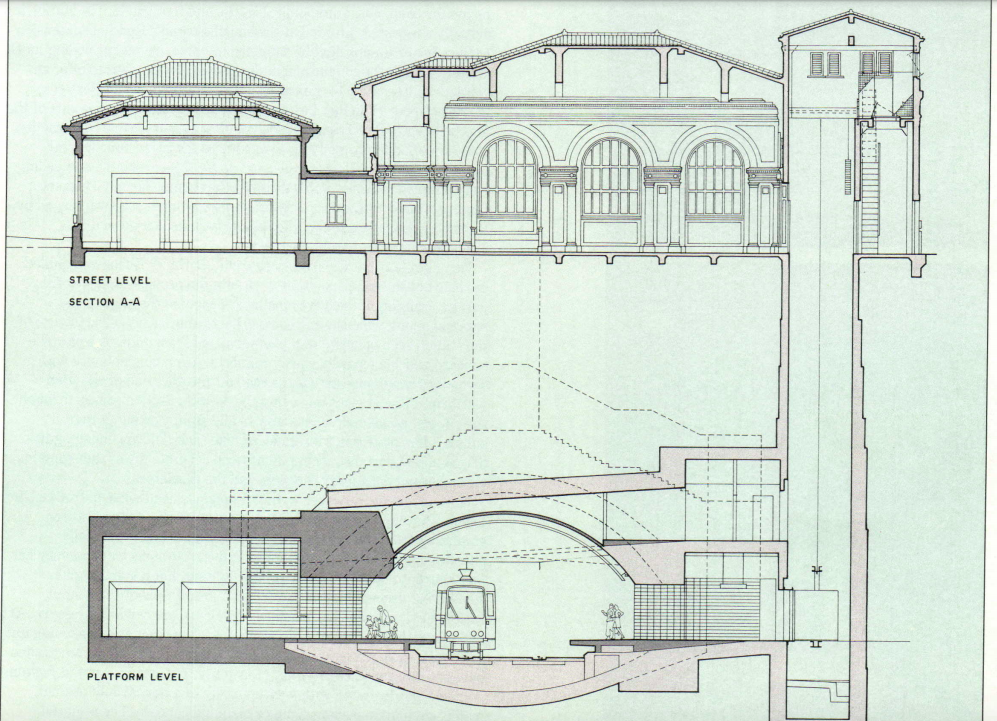 Diagram of Forest Hill Station renovation excerpted from Architectural Record’s January 1987 issue. “Ceramic tile waIls, aluminum ceiling panels, and cove-lighting brighten and unify the interior. Platforms were raised 18 in. to reach the floor level of new lightrail trains. Ridged, industrial tile at the platform edge prevents slips and forms a tactile warning for the blind. Acoustic insulation in the crevice between the platforms and the rails, and above the perforated ceiling, absorbs most vehicle noise. New ventilation shafts rise at either end of the station.”

The second phase began in May 1983 as S. J. Amoroso Construction Co. used soldier piles to build a retaining wall around Forest Hill Station, rebuilt the original elevators and sank a 70-foot shaft to add two new lifts for outbound travelers. As part of the work, Amoroso rerouted a stairway to eliminate a subterranean crossover and constructed an annex for the new elevators. 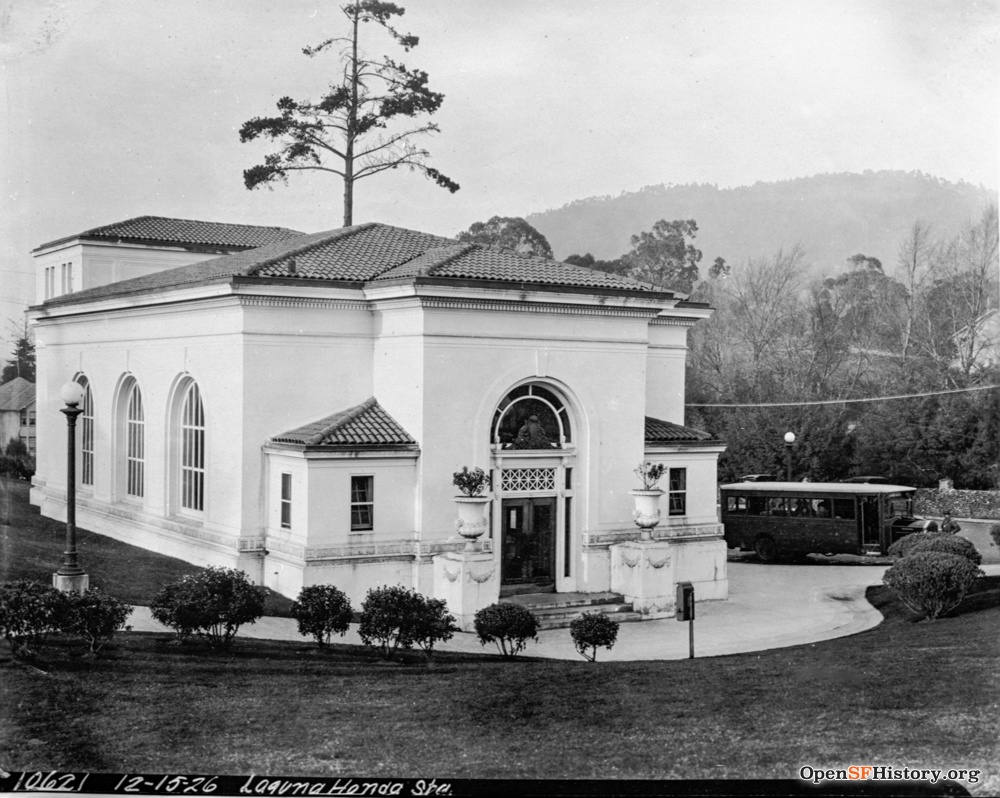 The south side of the station shown in 1926. This entrance was closed off with the construction of a new annex in the 1980s. OpenSFHistory / wnp36.04531.jpg 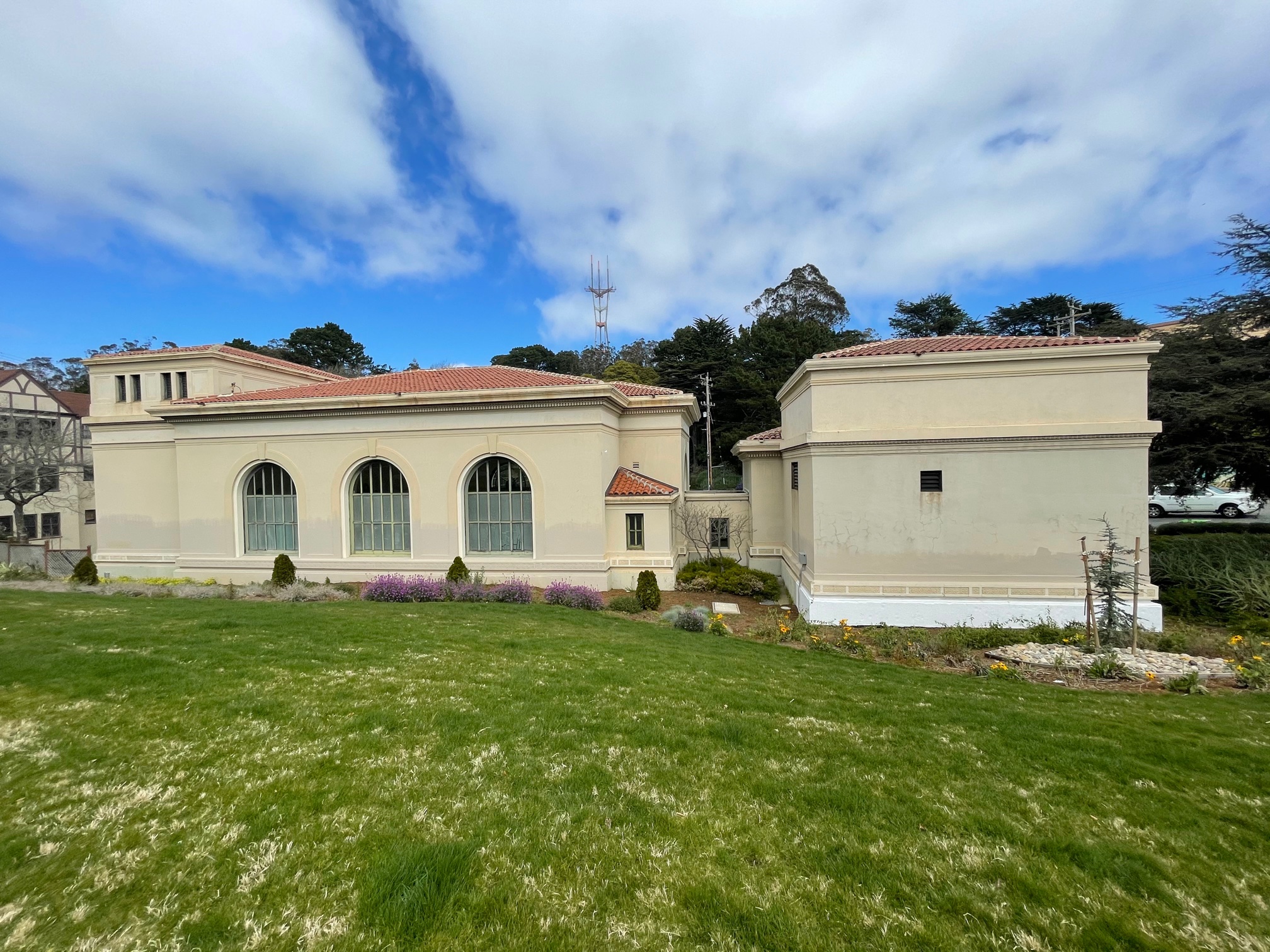 Forest Hill Station in 2021. The annex, now housing elevators, can be seen on the right. Photo by Walter Thompson.

Initially scheduled for 600 days, the work was stymied by delays and dragged on. While drilling the new ventilation shafts, crews stopped repeatedly to haul out old timber, concrete and debris left behind during the original cut-and-cover construction.

Muni continued to operate the station during the years-long renovation, forcing nearly 6,200 riders each day to weave their way around piles of dirt and construction materials. “They ought to stop work and leave it just like this,” said passenger Dwayne Robinson in an April 1985 Chronicle interview. “It’s old. It smells ancient. It could be a tourist attraction.” Well behind schedule, the renovated station reopened that same year.

The new stationhouse mimics the original station so closely, the renovation “strikes the casual observer as little more than a careful refurbishment,” found Architectural Record in its January 1987 issue. In SF Heritage’s 1989 Awards for Excellence in Architectural Conservation, Esherick Homsey Dodge and Davis/Rutherford and Chekene placed first for its “marriage of new technology to the historic fabric of the 1917 station.” 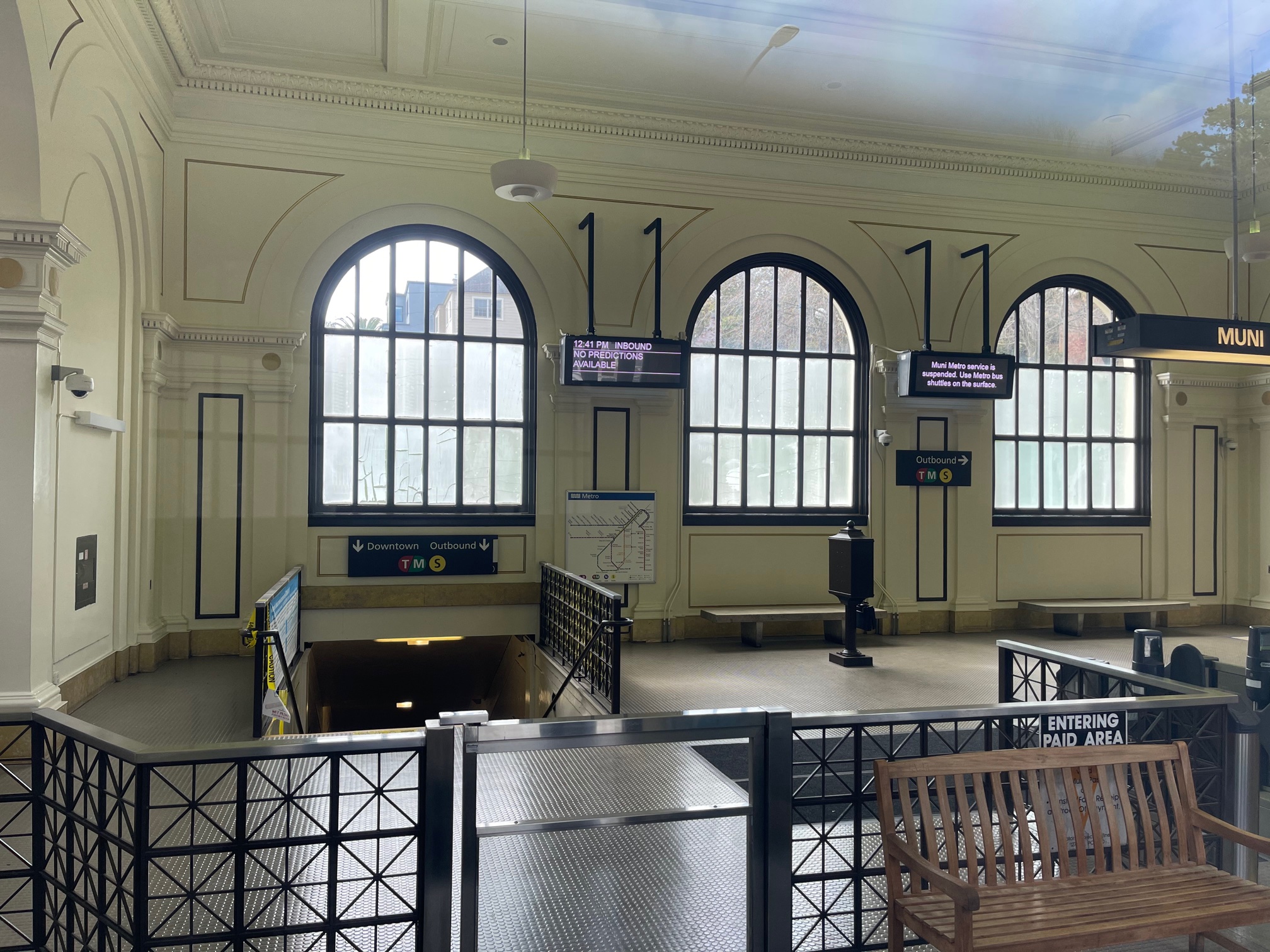 Interior of Forest Hill Station in 2021. Photo by Walter Thompson.