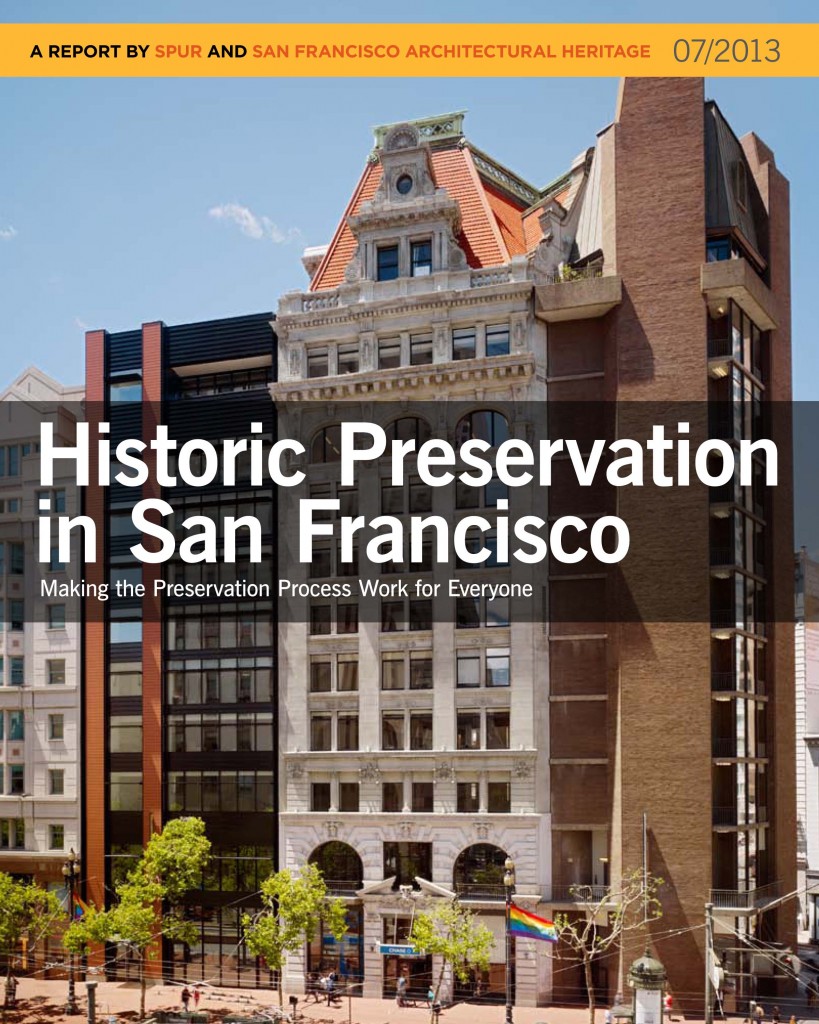 San Francisco is a city celebrated for its progressive history, distinctive architecture, and phenomenal geography. It is also one of the major urban centers in the region. Home to roughly 800,000 people, it is expected to grow to nearly 1 million residents by 2035. Heritage and SPUR believe it is critical to protect the historic fabric of the city. We also believe it is critical to support growth and change in the right locations.

In each of these areas, we describe how the process works now, including what is working well and what is not working well. We then make a series of joint recommendations aimed at providing greater clarity, consistency, and transparency in local preservation planning and decision-making. For example, the report endorses the completion of “a citywide survey so that historical resources are identified systematically and prospectively, rather than on an ad hoc basis during CEQA review.”

On Monday, May 2, 2011, the Land Use Committee of the Board of Supervisors held a special hearing to “examine the balance between historic preservation and other public policy goals in San Francisco.” The hearing was requested by District 8 Supervisor Scott Wiener, who has questioned “how our City government’s increasing prioritization of historic preservation is impacting, and possibly undermining, other key policy objectives”—such as housing, parks, libraries, and pedestrian safety.

Heritage embraced this opportunity to address how preservation plays a key role in maintaining the City’s world-class character while meeting today’s needs.  As a testament to the passion surrounding this topic, there were nearly four hours of public testimony. Although a strong majority spoke in favor of historic preservation, some legitimate concerns were raised about financial and regulatory burdens on owners of historic properties.

The documents below were created to help preservation supporters develop talking points for the hearing.