For all our coverage on the Visitacion Valley, visit our main page. 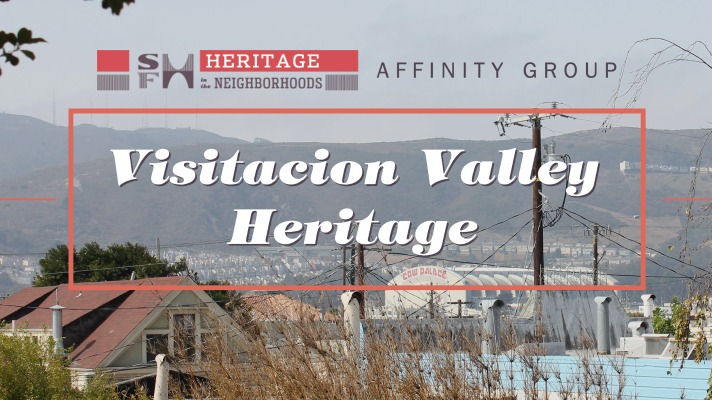 But even in a neighborhood like Visitacion Valley—fairly contained in size and unfairly overlooked in reputation—there are multiple landmark candidates.

The public will have the option of choosing from the three significant sites below (with one write-in wild card option). The top three candidates were chosen based on SF Heritage’s assessment that each would have a relatively “easy” path to recognition compared to other candidates in the neighborhood, as well as a diversity of building type. The winner of this public vote will be the focus of Visitacion Valley Heritage’s landmark campaign as the public choice.

A great institutional building constructed in 1913 in the hills above Visitacion Valley, Station #44 possesses an attractive design and connection to the growth and development of the city. The fire department didn’t move in until 1915, waiting for the delivery of modern engine-driven apparatus (horses were finally on their way out). With its brick façade, intact cornice work, and triple inset balconies evoking an Italian villa, the integrity of Station 44 is very high.

There are a few San Francisco fire station buildings of this era still around, but they are fairly rare. This is a great example of how the city values comparable buildings depending on the neighborhood they stand in. A similar fire station designed by the same architect at 100 Hoffman Street in well-off Noe Valley is considered a historic resource by the Planning Department, while the Girard Street building in Visitacion Valley is give the status “unknown.” Station 44 is now currently the oldest firehouse in active service and preservation.

You want a name? There aren’t many more lauded around here than Julia Morgan, so just about anything associated with this legendary and trailblazing architect is landmark-worthy.

The St. James Presbyterian Church has its roots in the first few years of Visitacion Valley’s history as a city neighborhood. Beginning with a Sunday school in 1906, the congregation formed with 69 original members in 1908 and has been a part of the cultural and spiritual life of the valley ever since. The current church building was dedicated in 1923. Its eye-catching stained glass window, depicting an individual apparently sowing a field, was relocated from a church in the Sierra Nevada foothills sometime after the building’s construction…or so the story goes.

The unique log cabin at 2629 Bayshore Boulevard that still straddles the line between San Francisco and San Mateo counties has been the site of several popular bars and restaurants since the 1930s.

While the first building on this site was neither a cabin nor constructed of logs, we do know that it appeared in its present form as early as the 1930s, when Swiss-born Samuel Chappat and his wife, Lena, opened Sam’s Lodge on this spot. It was famed not only for the food and drink served, but also because of its somewhat rowdy “entertainment” options. During its heyday it was said that one could stand in San Francisco and play the slots in San Mateo (with its far more liberal laws on gambling and after-hours drinking). Although now long-gone, the Silvestri family —the building’s current owners— have re-painted the famous “line” down the middle of the cabin in tribute to this phase of the building’s history.

When the Chan family took over Sam’s Lodge (the Log Cabin) in the 1940s, the atmosphere became far more refined. Gone was the gambling, replaced by a menu that served both “American” and “Chinese” dishes while George Chan Jr. and The Blue Notes provided live dance music.

In the following decades, the property became variously The Polynesian Hideaway (complete with fire dancing!), Moonrose Forest (with punk rock performers), and The Soul Cabin under different owners. Today the log cabin serves as the showroom for Silvestri’s family-owned statuary business, an excellent Legacy Business Registry candidate in its own right.

Read more about the history of the Log Cabin in this Visitacion Valley Heritage Month blog post.