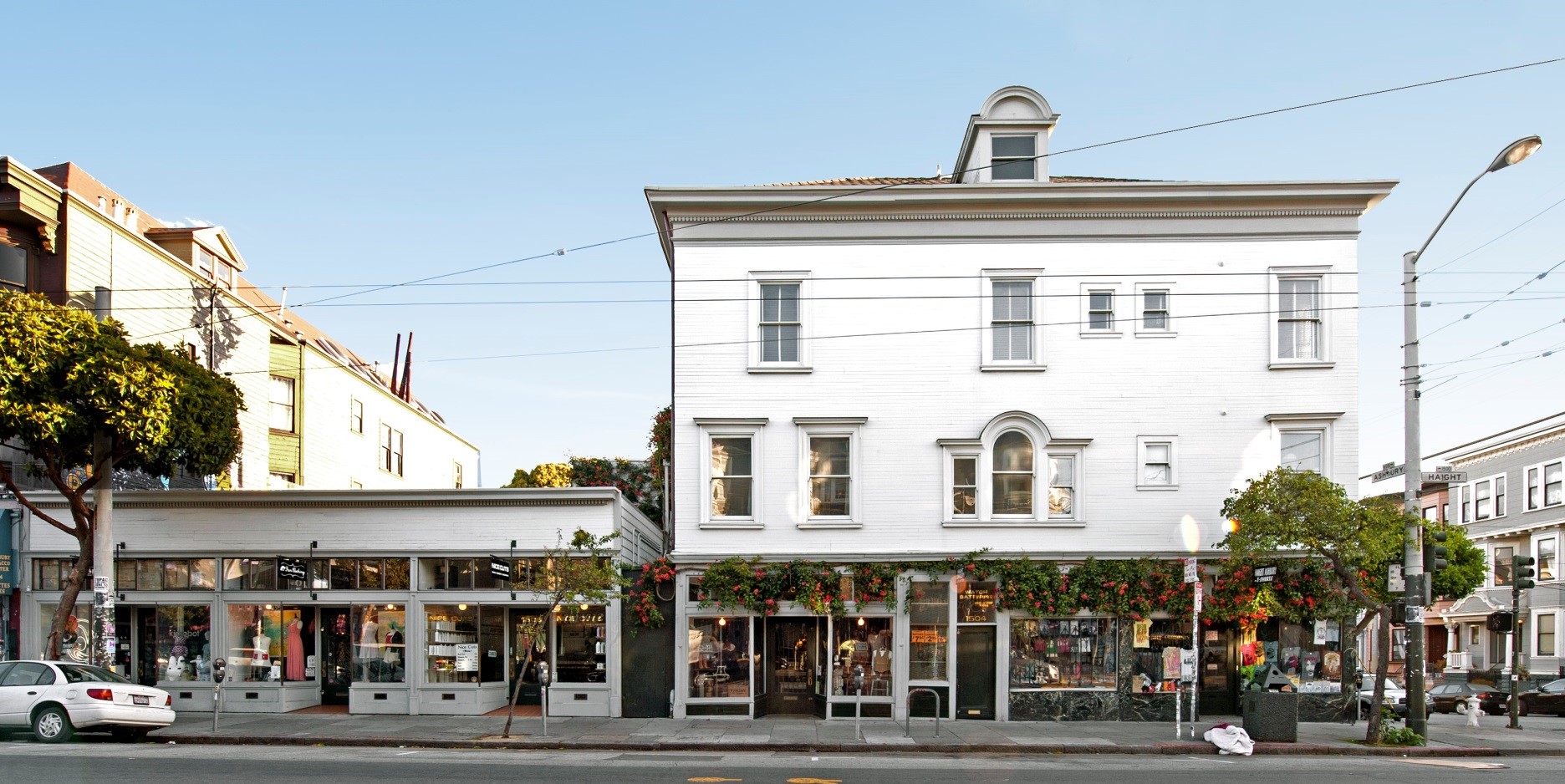 Visit SF Heritage’s new home for our work in the Haight-Ashbury: www.haightandashbury.org

In August 2018, San Francisco Heritage received title to its second historic property, The Doolan-Larson Residence and Storefronts, located at the “crossroads of the counterculture” at the corner of Haight and Ashbury. Originally constructed in 1903, then raised after the 1906 earthquake to add storefronts on the ground floor, the Doolan-Larson Building includes six commercial retail spaces fronting Haight Street with the original, two-story residence above. Listed in the National Register of Historic Places and designated San Francisco Landmark No. 253, the Doolan-Larson Building was transferred to Heritage following the death of its longtime owner and resident, Norman Larson (1938-2018), who finalized his planned gift to Heritage in 2007.

Perched above “the most famous intersection in the world” (SF Chronicle), the Doolan-Larson Building provides a unique opportunity to interpret the counterculture era and dramatically raise the visibility of historic preservation in San Francisco. Throngs of Bay Area residents and tourists make a pilgrimage to the storied corner of Haight and Ashbury each year. The building will become an integral component of Heritage’s outreach to the community and its ongoing commitment to education on San Francisco’s architectural and cultural heritage.

Fifty Years of the Counterculture

2017 marked the 50th anniversary of the “Summer of Love,” when tens of thousands of idealistic young people converged in San Francisco, and particularly the Haight-Ashbury neighborhood, to participate in what would become known as “counterculture.” A time of great societal change, the 1960s and 1970s witnessed the rise of various social movements, including the Free Speech Movement, Student Movement, Civil Rights Movement, Women’s Rights Movement, Anti‐War Movement, and Anti‐Nuclear Movement, as well as Gay Liberation, the Sexual Revolution, drug experimentation, anti‐establishment attitudes, the rise of “hippie” subculture, and a strong interest in spiritual and artistic activities.

Although the era’s ethos of social freedom continues to reverberate in San Francisco and around the world, there are currently very few designated historic landmarks associated with the counterculture. Many important buildings, businesses, and nonprofits that embody the social history of the 1960s and 1970s remain. Heritage is working to properly acknowledge this transformative period, having nominated the Haight Ashbury Free Clinic to the San Francisco Legacy Business Registry in 2017; we will soon be documenting Haight-Ashbury’s counterculture past for a San Francisco Multiple Property National Register nomination being prepared in partnership with the San Francisco Planning Department.

The first store to open on Haight Street that catered to the increasing number of “flower children” was the short-lived Psychedelic Shop at 1535 Haight (1966-1967). Others soon followed, including Peggy Caserta’s mod clothing store, Mnasidika, which was located in the Doolan-Larson Building.  The clothing store was owned by an openly bisexual woman, Peggy Caserta, from 1965 to 1968. As the first “hip” store in the neighborhood, Mnasidika was instrumental in the development of Haight-Ashbury as a hippie enclave. Caserta convinced Levi Strauss to widen the bottom of their famous dungarees, creating the trend of bell-bottom jeans which her boutique became famous for. In 1966 Caserta became the primary female love interest of Janis Joplin and the two remained lovers until Joplin’s death in 1970. Mnasidika’s original storefronts remain largely intact today.

On May 15, 2019, the National Trust for Historic Preservation named the Corner of Haight and Ashbury — the epicenter of the American counterculture in the 1960s — as its 100th National Treasure. San Francisco Heritage is collaborating with community partners on a comprehensive vision for the Doolan-Larson Building to serve as a center for the interpretation and preservation of Haight-Ashbury’s many contributions to America’s countercultural legacy.

To take a virtual tour of Haight Street and enter the Doolan-Larson Storefronts, including the former location of Mnasidika at 1508-1510 Haight, see Exterior/Shops. To enter the upper floors of the residence off Ashbury, see Residence/Interior. 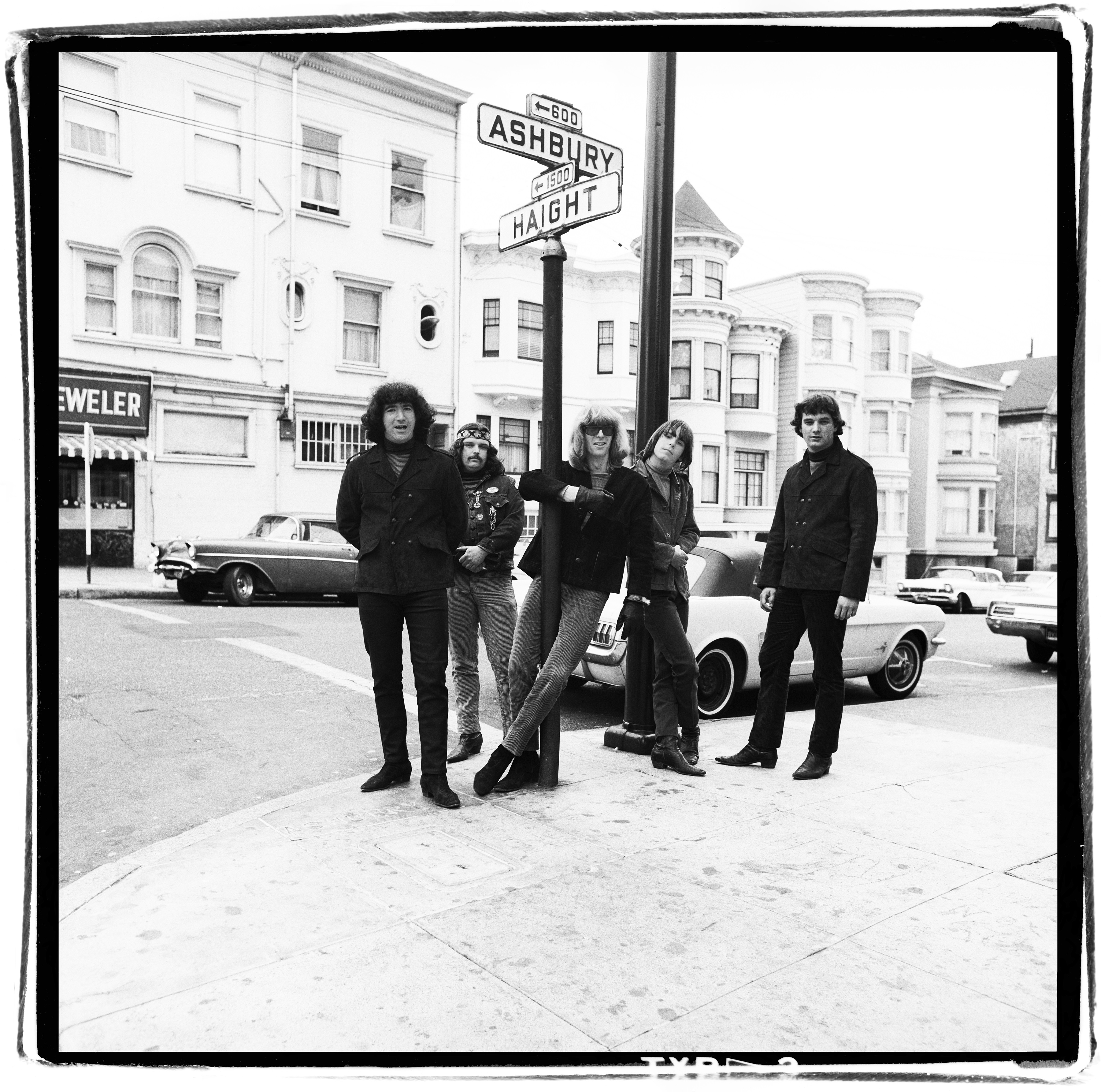 Grateful Dead at the corner of Haight and Ashbury, 1967, with Doolan-Larson Building in background (photo courtesy Herb Greene). 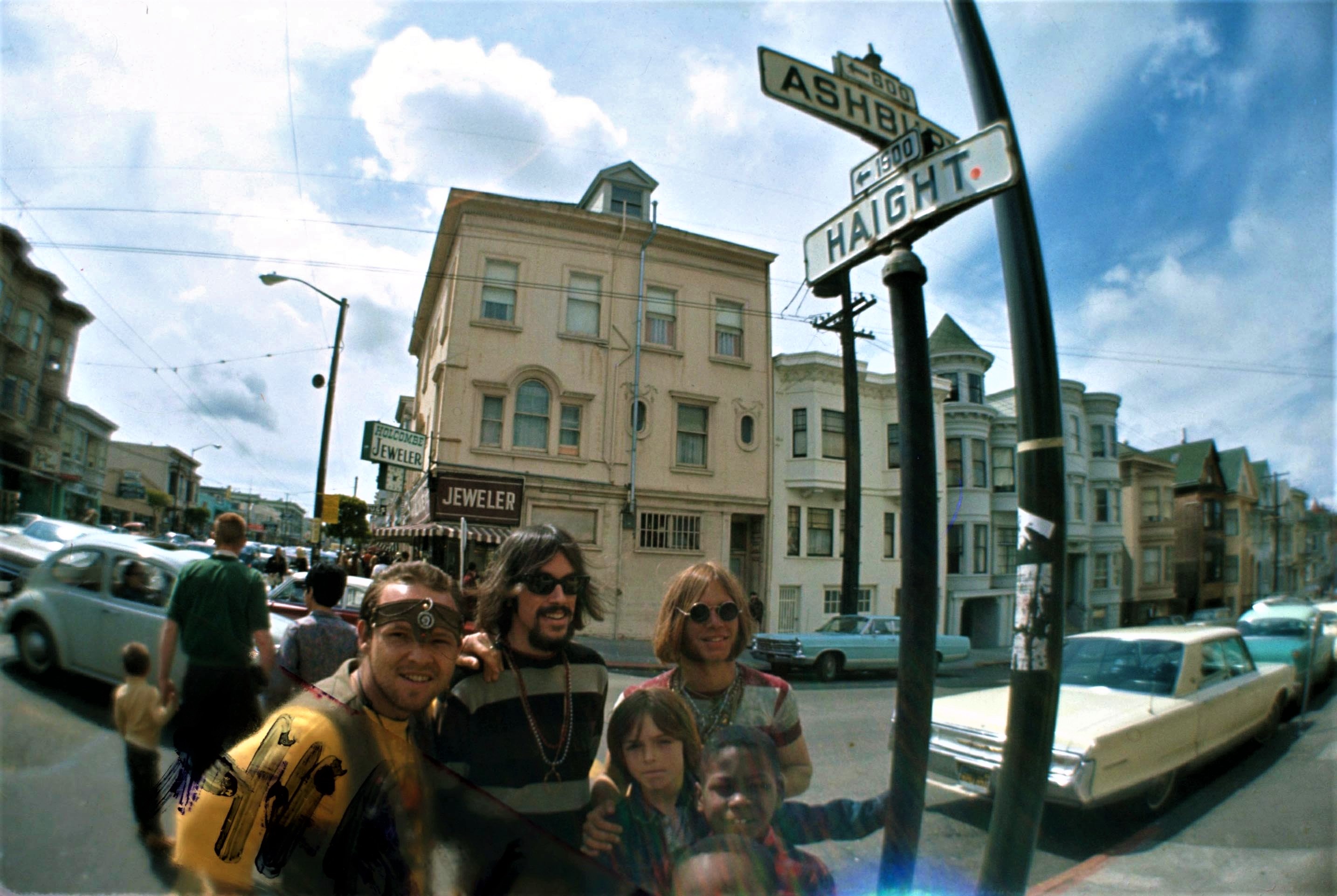 Hippies at the corner of Haight and Ashbury, 1967 (photo courtesy Peter Larsen). 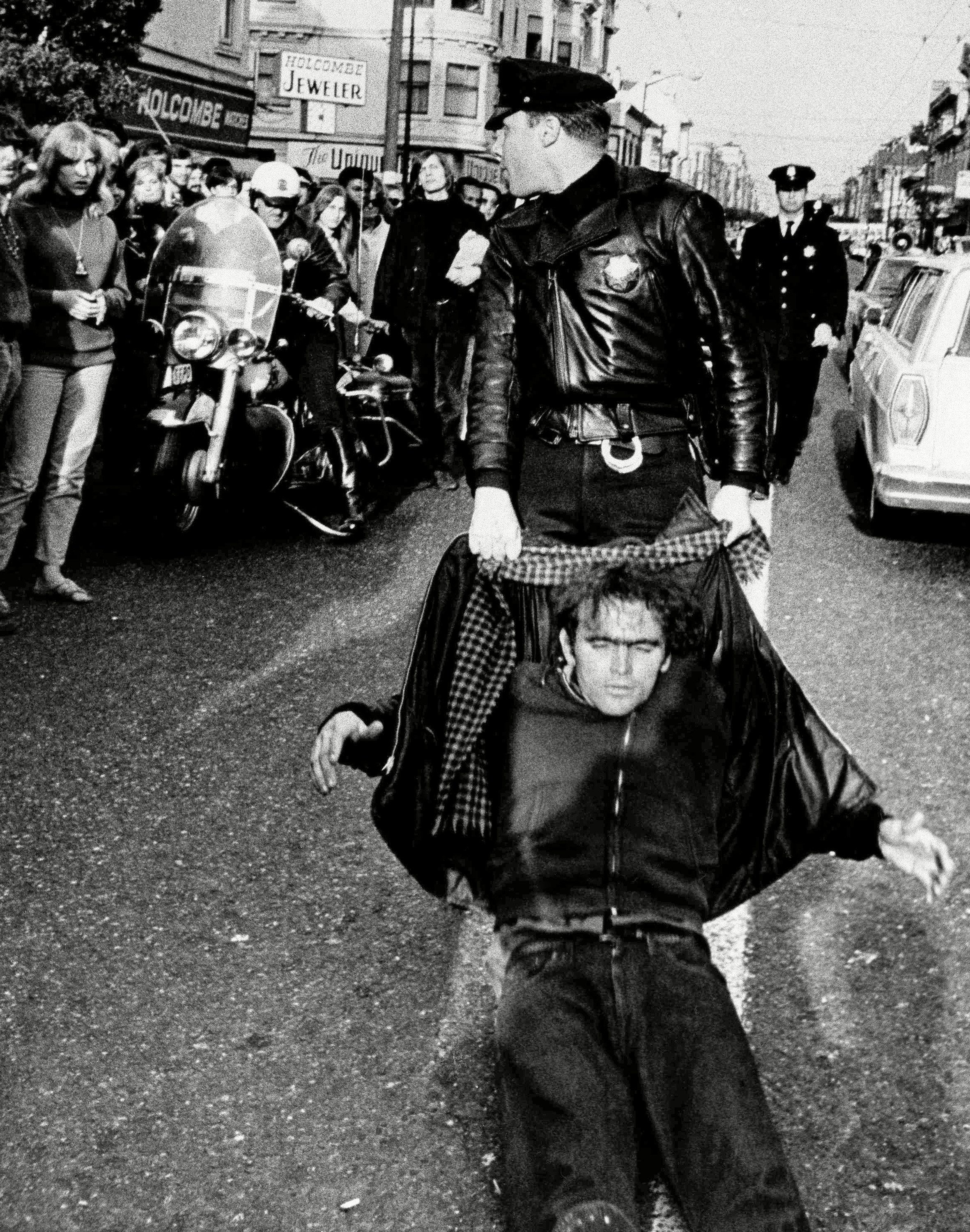 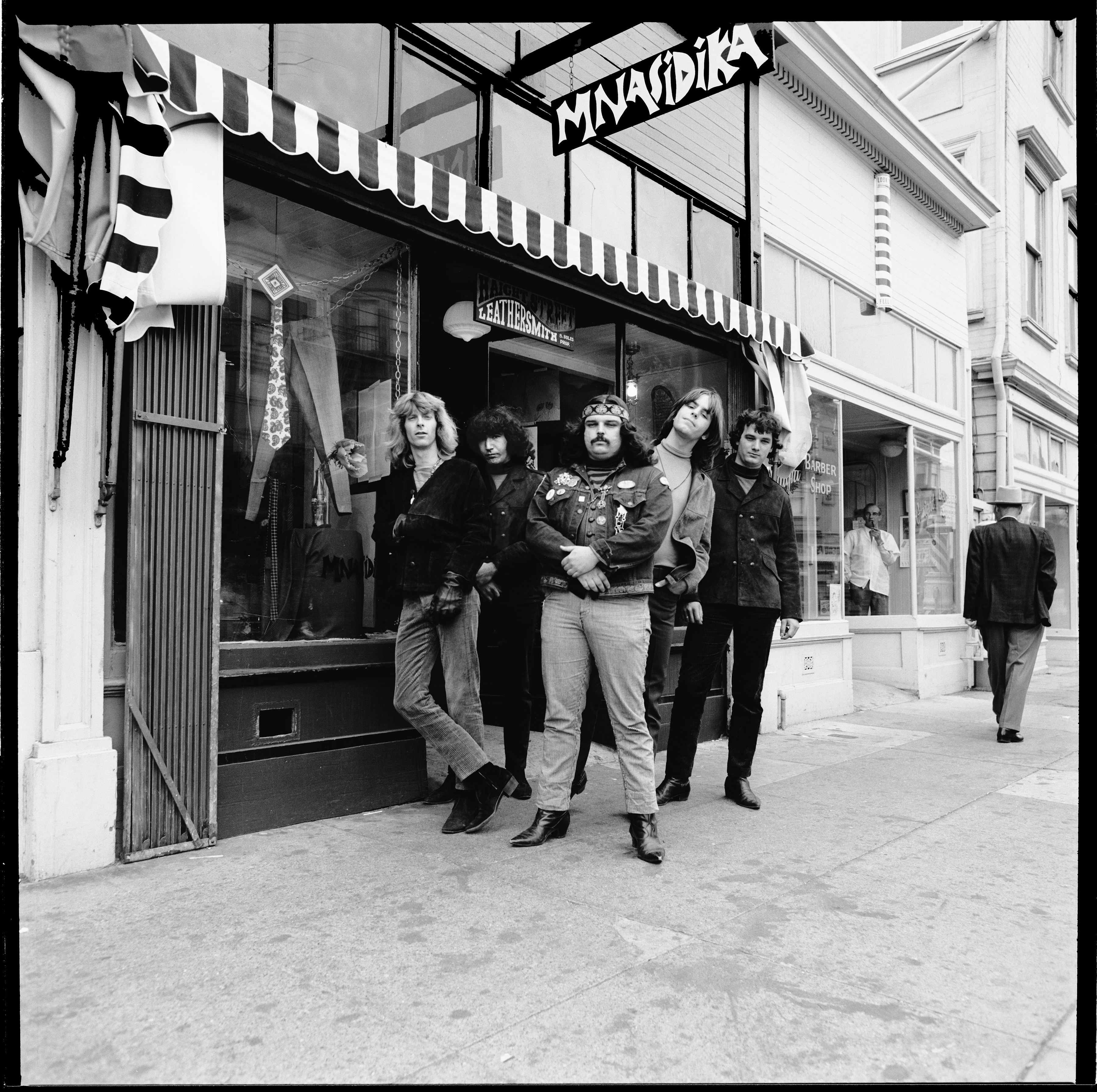 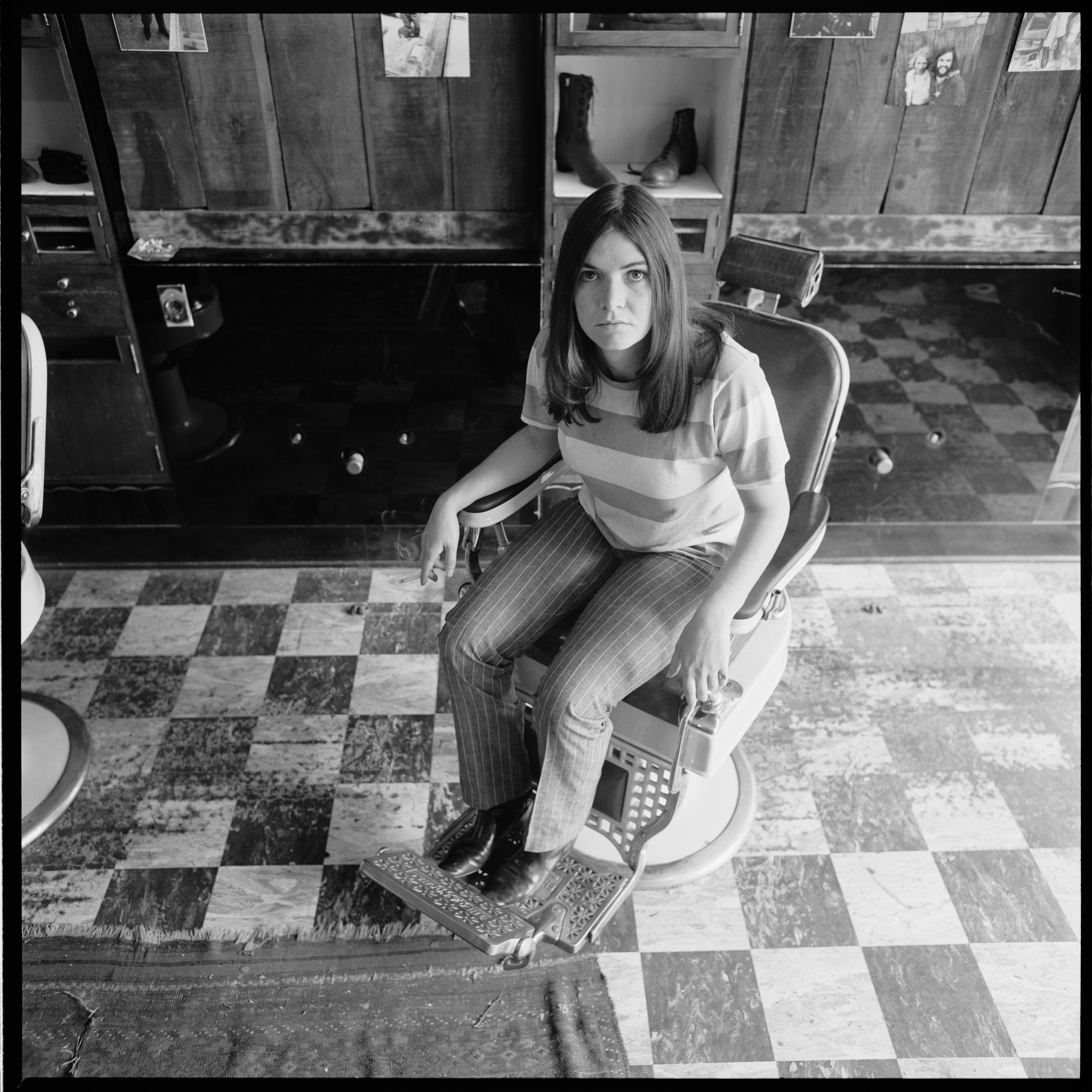 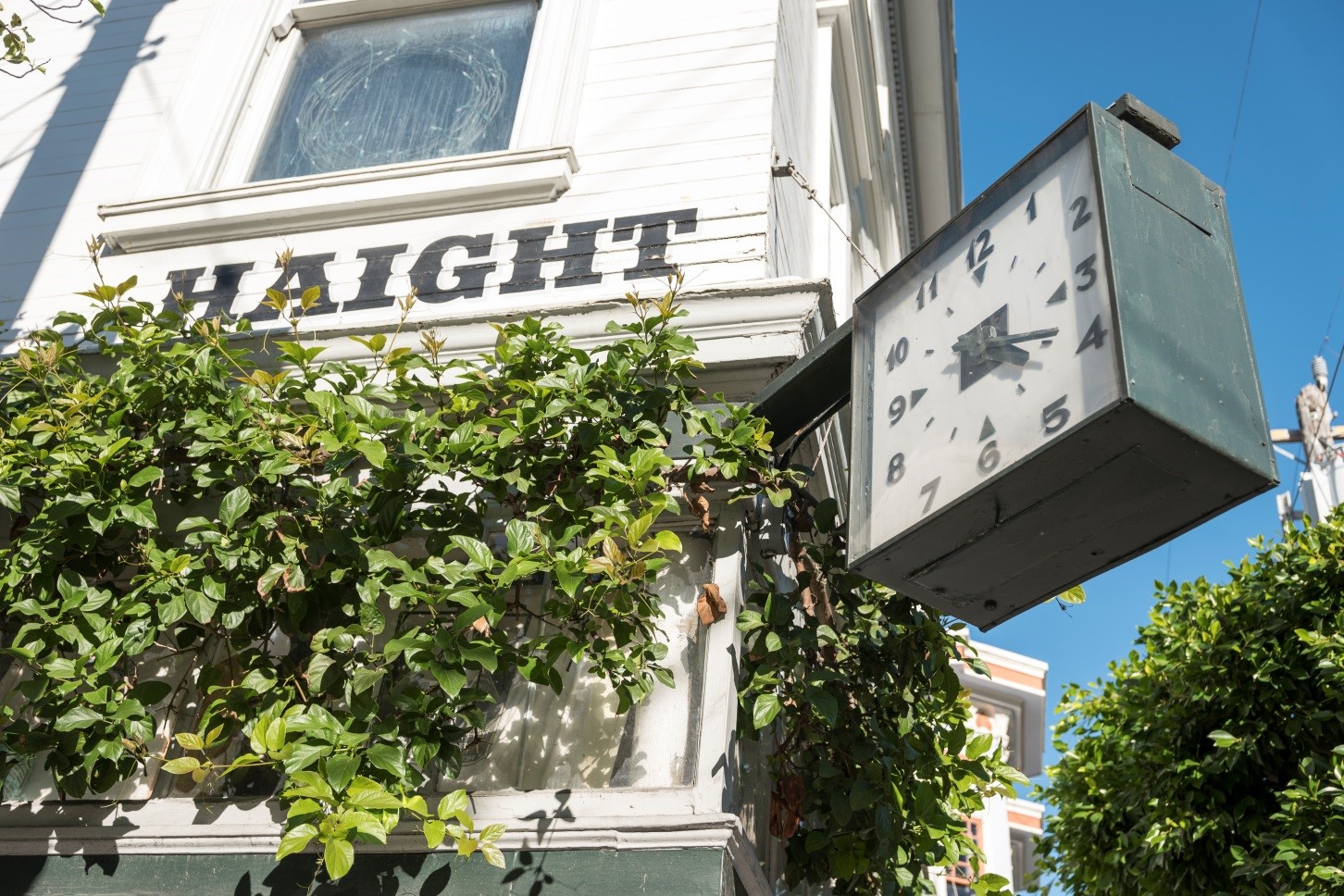 In June 2021, artist and actor Jimmie Fails moved into the Doolan-Larson Residence as our… Read More

Living the in the Past: An artist residency project with Jeremy Fish When: Saturday, April 17,… Read More