A History of SF Heritage

San Francisco Heritage is a nonprofit 501(c)(3) whose mission is to preserve and enhance San Francisco’s unique architectural and cultural identity.

Since 1971, San Francisco Heritage has protected the city in the face of rapid change. This includes advocacy for historic resources, education programs, and tours and rental of the 1886 Haas-Lilienthal House. SF Heritage’s tax identification number is 23-7135037.

Learn how SF Heritage got its start, and about the events and people who created San Francisco’s preservation movement in Bread & Butter Films’ short documentary. 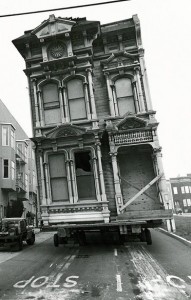 From Mission Dolores to the Transamerica Pyramid, from Alamo Square’s Painted Ladies to the Ferry Building, San Francisco’s diverse array of landmarks—old and new, architectural and cultural—draws visitors from around the world and fuels the city’s creative and economic vitality.

San Francisco Heritage came into existence in 1971, in the wake of the redevelopment frenzy of the 1950s and 1960s when entire neighborhoods were being leveled in the name of “urban renewal.” The city had no comprehensive inventory of historic resources and the Landmarks Preservation Ordinance was still in its infancy. The possibility of saving Victorian houses slated for demolition in the Western Addition inspired SF Heritage’s formation and the upstart organization stepped in to rescue twelve structures as part of the largest building-moving project in the history of San Francisco. SF Heritage had a remarkably swift and dramatic impact, not only staving off threats to individual buildings, but presciently surveying large swaths of the city to inform future planning efforts. 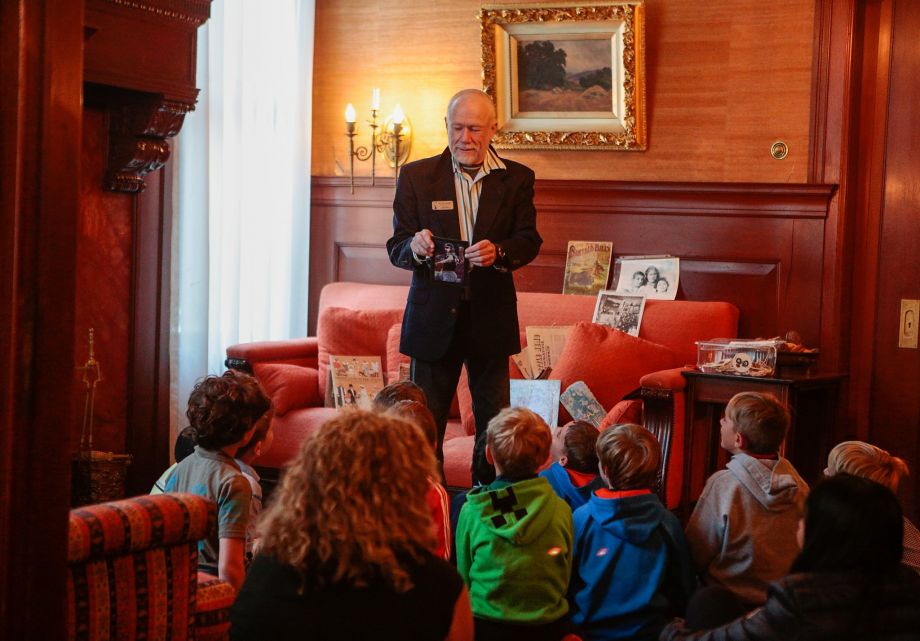 In 1973, while still in the process of rescuing the Victorians in the Western Addition, SF Heritage was entrusted with caring for one of its own. The Haas-Lilienthal House, a pristine 1886 Victorian mansion with most of its contents intact, was given to Heritage by members of the prominent Haas and Lilienthal families. Today it serves myriad functions as a house museum, a popular venue for meetings, lectures and social events, and the organization’s home. Through a variety of activities, including Heritage Hikes for schoolchildren, the house is the centerpiece of SF Heritage’s education program and has become a powerful exemplar of responsible stewardship.

San Francisco Heritage was instrumental in establishing preservation protections that have allowed San Francisco’s downtown to evolve and flourish without sacrificing its distinct character. 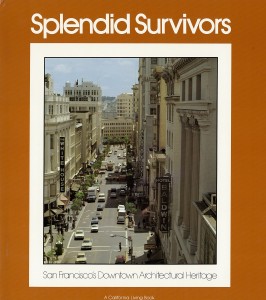 In the 1970s, San Francisco was entering its greatest downtown building boom since the post-1906 earthquake and fire reconstruction. New development threatened many important historic structures. Preservation battles over buildings without landmark status were being lost. The City of Paris department store on Union Square, a Beaux Arts icon, was demolished in 1981 after a four-year legal battle and a petition signed by 60,000 citizens protesting the building’s destruction.

Realizing that fighting many individual downtown battles would prove ineffective in the long run, SF Heritage pursued a comprehensive preservation strategy in place of piecemeal efforts. An intensive architectural survey of downtown San Francisco began in 1975, and the results were published in 1979 as Michael Corbett’s acclaimed book, Splendid Survivors: San Francisco’s Downtown Architectural Heritage. It was one of the first such inventories compiled anywhere in the country.

The Splendid Survivors survey became the authoritative guide used by the city to define significant historic buildings in its pioneering 1985 Downtown Plan. Heralded nationally as a model for cities throughout the country, the Downtown Plan rated historic resources and created incentives for their protection. It mandated retention of 248 significant buildings, encouraged protection of nearly 200 others, and established six conservation districts to preserve the scale and character of significant groupings of historic structures.

Building on the success of Splendid Survivors, SF Heritage continued to canvass the city and expand upon its downtown survey. The organization, and others, went on to conduct surveys of the Van Ness Corridor, South of Market, North of Market, Civic Center, Chinatown, the Northeast Waterfront, and the Inner Richmond. 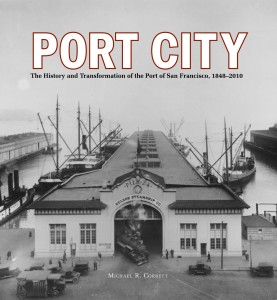 Much like the genesis of the Downtown Plan, the nomination of the Port of San Francisco Embarcadero Historic District to the National Register of Historic Places was borne out of piecemeal threats to the port’s historic infrastructure. Alarmed by early planning policies that called for the removal of historic buildings to open up views to the bay, SF Heritage joined Port staff and a Port committee of waterfront stakeholders to explore the possibility of a National Register nomination in the late 1990s. Port leadership eventually embraced historic designation—and the tax incentives that can flow from it—as essential to waterfront revitalization efforts. Funded by the Port, the 500-page nomination qualified a three mile area for designation as a National Register historic district in 2006. In 2011, SF Heritage published the definitive volume on the history of the waterfront, Port City: The History and Transformation of the Port of San Francisco 1848-2010, also by Michael Corbett.

In the early 2010s, threats to popular San Francisco businesses like the Gold Dust Lounge, the Eagle Tavern, Tonga Room, Tosca Café, and Sam Wo called into question the role of traditional historic preservation protections in conserving community anchors that may not be eligible for landmark designation. SF Heritage responded by launching the Legacy Bars & Restaurants initiative in 2013. The program includes an interactive online guide, logo and window decal program, and a free printed pocket guide. In 2015, Heritage and Heyday Books released the acclaimed book High Spirits: The Legacy Bars of San Francisco  by J.K. Dineen. 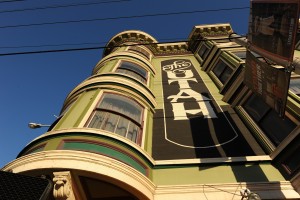 In 2015, SF Heritage co-authored legislation to establish the first official Legacy Business Registry in the country. Unanimously adopted by the Board of Supervisors, the registry recognizes locally-owned, community-serving businesses that have been in operation for at least 30 years. That same year, San Francisco voters passed Proposition J by a 57% majority to create the San Francisco Legacy Business Historic Preservation Fund. The fund provides annual grants to businesses listed in the Legacy Business Registry as well as to property owners who agree to extend the lease of a legacy business tenant by 10 years or more. Read more about Legacy Businesses here. 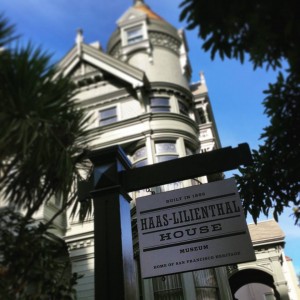 In November 2015 San Francisco Heritage publicly announced the first comprehensive campaign in its history. By securing and restoring its landmark headquarters, the $4.3 million Campaign for San Francisco Heritage/Haas-Lilienthal House will ensure the continued vigor and utility of the historic preservation movement in San Francisco and present a freshened and enhanced historic property for the enjoyment and edification of all.

Heritage’s dual focus is on San Francisco’s past as well as its future—what we share, remember, and carry to the next generations that will make their lives better. This campaign will enable the Haas-Lilienthal House to serve as an active and lively bridge across the generations, while reinforcing Heritage’s core mission to preserve and enhance San Francisco’s unique architectural and cultural identity.

In 2017, the Campaign for San Francisco Heritage/Haas-Lilienthal House successfully reached its original $4.3 million goal! This unprecedented milestone would not have been possible without the generous support of innumerable foundations and individuals, and the tireless leadership of campaign co-chairs Alice Russell-Shapiro and David Wessel, among many others.

Originally constructed in 1903, then raised after the 1906 earthquake to add storefronts on the ground floor, the Doolan-Larson Residence and Storefronts (D-L Building) includes six fully-leased retail spaces fronting Haight Street with the original, two-story residence above. The second floor includes a large, open floor plan ideal for events, entertaining, and intimate performances. Listed in the National Register and designated as San Francisco Landmark No. 253, the D-L Building was transferred to Heritage following the recent death of its longtime owner and resident, Norman Larson (1938-2018). Norm finalized his planned gift to SF Heritage in 2007, while also naming the National Trust a reversionary-interest beneficiary. 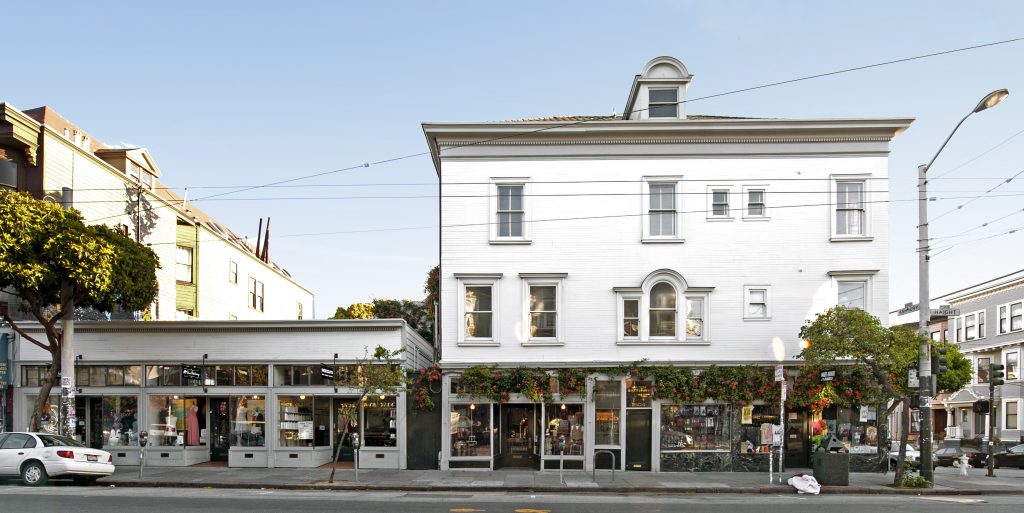 As envisioned by Norm Larson and the Heritage Board at the time of his planned gift, the D-L Building will become an integral component of Heritage’s outreach to the community and its ongoing commitment to education on San Francisco’s architectural and cultural heritage. The building has tremendous potential to serve as a catalyst for widening Heritage’s appeal to San Franciscans and tourists of all ages. Although Norm and Heritage established broad parameters for the building’s use and interpretation, the Heritage Board is currently in the process of determining a holistic vision for the property that would maximize Heritage’s newfound presence in the neighborhood.

The potential to advance Heritage’s preservation mission extends well beyond the D-L Building itself. In 2017 Heritage received a grant to document the counterculture era as part of a Landmark District nomination for The Haight. To be authored by NTHP advisor Donna Graves, the study will document residences, buildings, and storefronts associated with the counterculture, including Mnasidika. The clothing store was owned by an openly bisexual woman, Peggy Caserta, from 1965 to 1968. As the first “hip” store in the neighborhood, Mnasidika was instrumental in the development of Haight-Ashbury as a hippie enclave. Caserta convinced Levi Strauss to widen the bottom of their famous dungarees, creating the trend of bell-bottom jeans which her boutique became famous for. In 1966 Caserta became the primary female love interest of Janis Joplin and the two remained lovers until Joplin’s death in 1970. Mnasidika’s original storefront remains largely intact today.