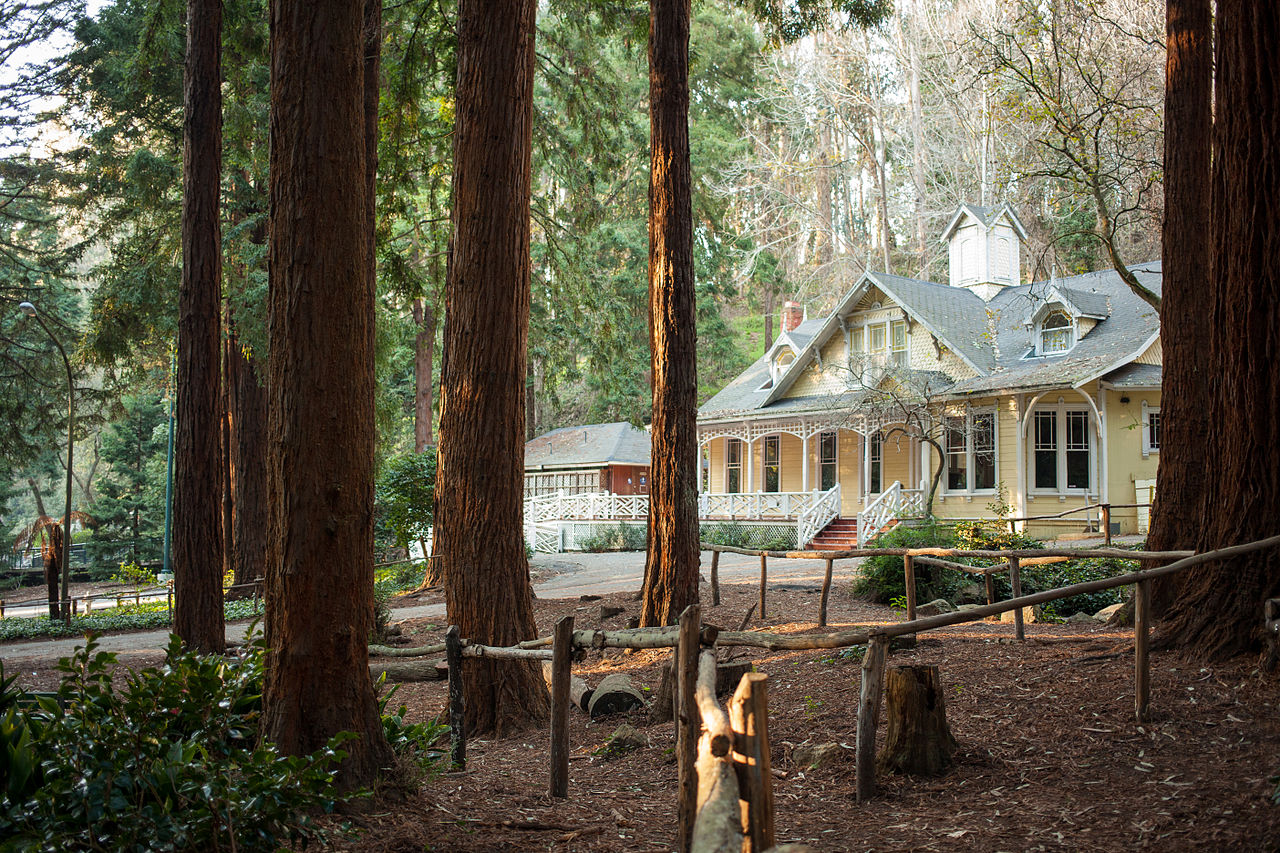 The oldest building the Parkside District area—perhaps the oldest standing in the southwest part of San Francisco—possesses rich architectural details, is the sole intact survivor of a string of early roadhouses that once stretched across the western and southern parts of the city, and is connected to a seminal event in San Francisco’s post 1906-earthquake recovery. But it does not appear on the National Register of Historic Places, the California Register of Historical Resources, or even as a San Francisco City Landmark.

The Trocadero Inn stands in Stern Grove, down a wooded gully from the Parkside streets, between 19th Avenue and the concert amphitheater, a frame building with a veranda, a prominent center gable, and a tower above. Its tall windows and hooded dormers on the roof invoke a late nineteenth century seaside or mountain resort, and in a way, as a roadhouse built in primarily undeveloped countryside, the Trocadero was one.

Roadhouses are still with us today, situated on popular highways and country roads, providing temptation to Sunday drivers to stop for a meal or a drink. The Pelican Inn in west Marin County or The Mountain House in Woodside among the redwoods are both good examples. In the 1890s, large sections of the west and southern parts of San Francisco were open land. And those taking a day trip to Ocean Beach or Lake Merced had a number of roadhouses to visit, including the Trocadero. 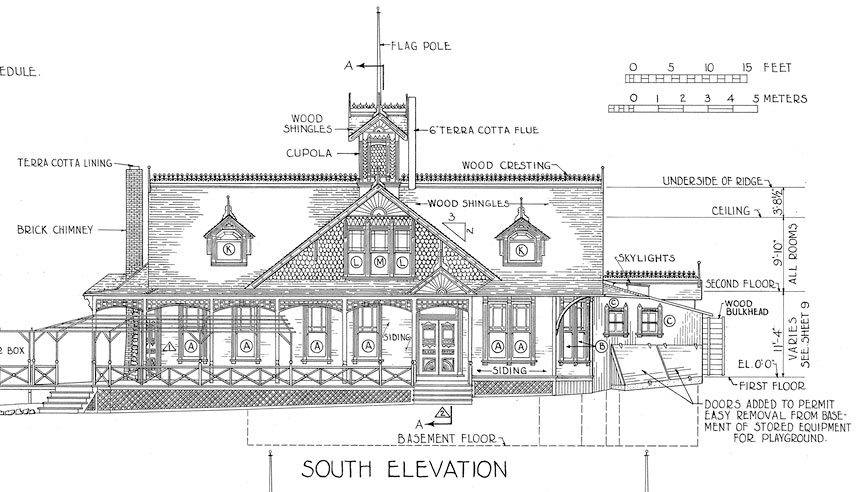 The Trocadero’s origins start with one family. The Green brothers from New Brunswick—William Henry, Daniel, George, John, Robert, and Alfred—first settled on land north of Lake Merced in the 1850s. There they farmed and, as side businesses, ran small bars and larger roadhouses for day trippers to the lake and Ocean Beach. After his brothers sold most of their land to the private Spring Valley Water Company in the 1870s, William Henry and his sons Leopold and George W. Green continued farming around today’s Pine Lake and Stern Grove. It was supposedly George W. Green who had the idea of building the Trocadero about 1892.

The setting was secluded and picturesque. The gulch was filled with eucalyptus, pine trees, and ferns planted by the Greens over the decades. The Greens originally had grand designs for the Trocadero as the centerpiece of a true resort, with weekend rental cabins, a deer park, and trout stocked in Pine Lake for anglers.1

Families in fine carriages traveling between the city and estates down the Peninsula in Atherton and Belmont may have been the target, but roadhouse clientele usually consisted of groups of less refined men out for a day of drinking, dining, and perhaps gambling. 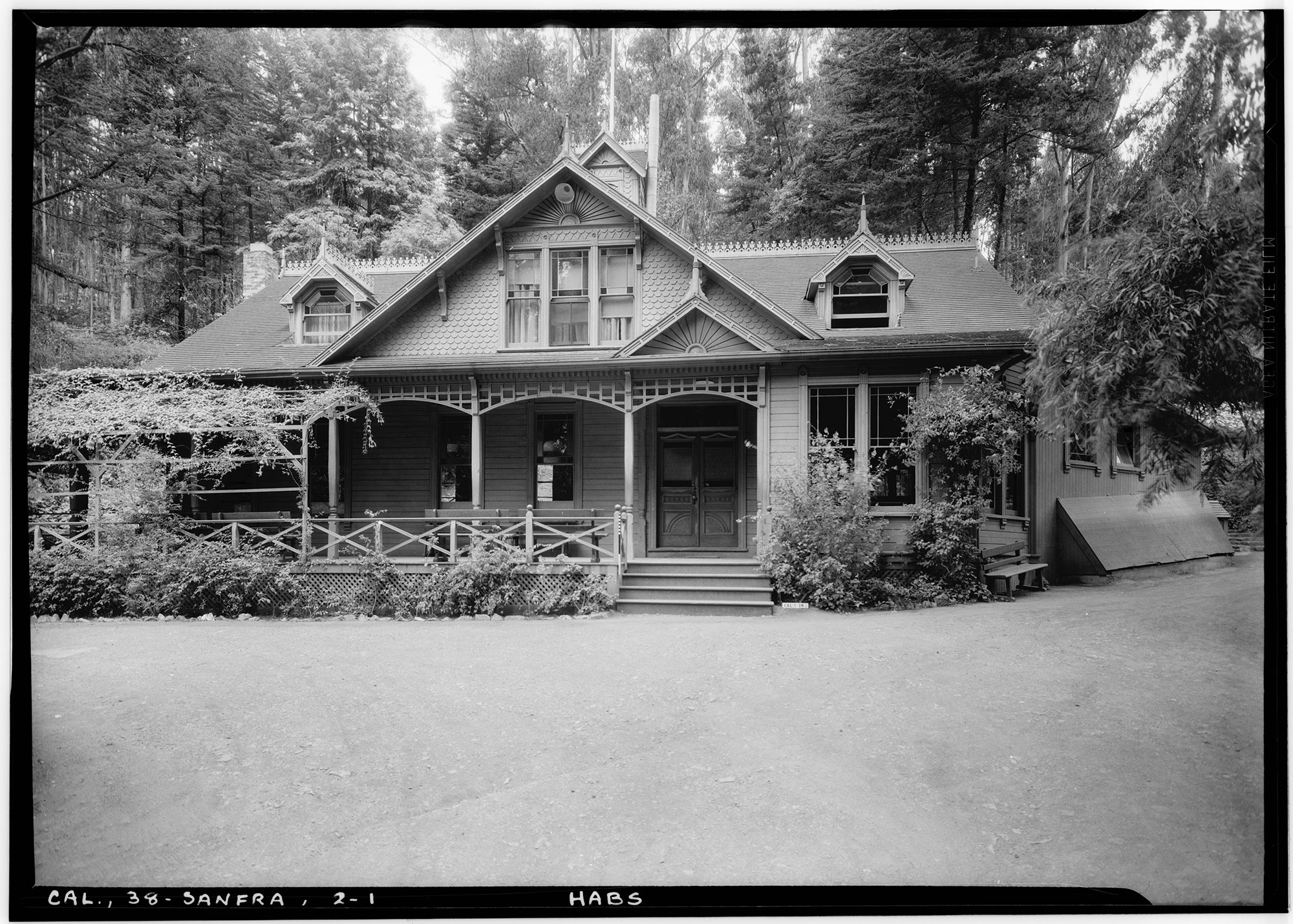 Green ended up leasing out the Trocadero to a series of operators: experiences liquor dealers, prizefight referees, and other “sporting men.” Beer gardens, dance pavilions, and couple of tame bears were installed for entertainment at different times and early bicycle clubs often made the Trocadero the location for post-ride parties.

It was at the Trocadero on March 8, 1907 that famed political boss Abe Ruef was arrested during the wide-ranging corruption trials that took place after the city’s massive earthquake and fires. Ruef, who had been hiding out with a stack of magazines for a few days, was captured peacefully, despite stories passed down that the bullet holes in the Trocadero’s front door originated from the arrest.2

By 1910, George W. Green entertained offers on the Trocadero and the 19 acres of land he owned around it. The Parkside Realty Company apparently considered buying as an addition, but likely the sluggish sales from the Parkside’s opening in 1907-1908 discouraged the idea. Instead, the Trocadero property became a rare recreational enclave for women. 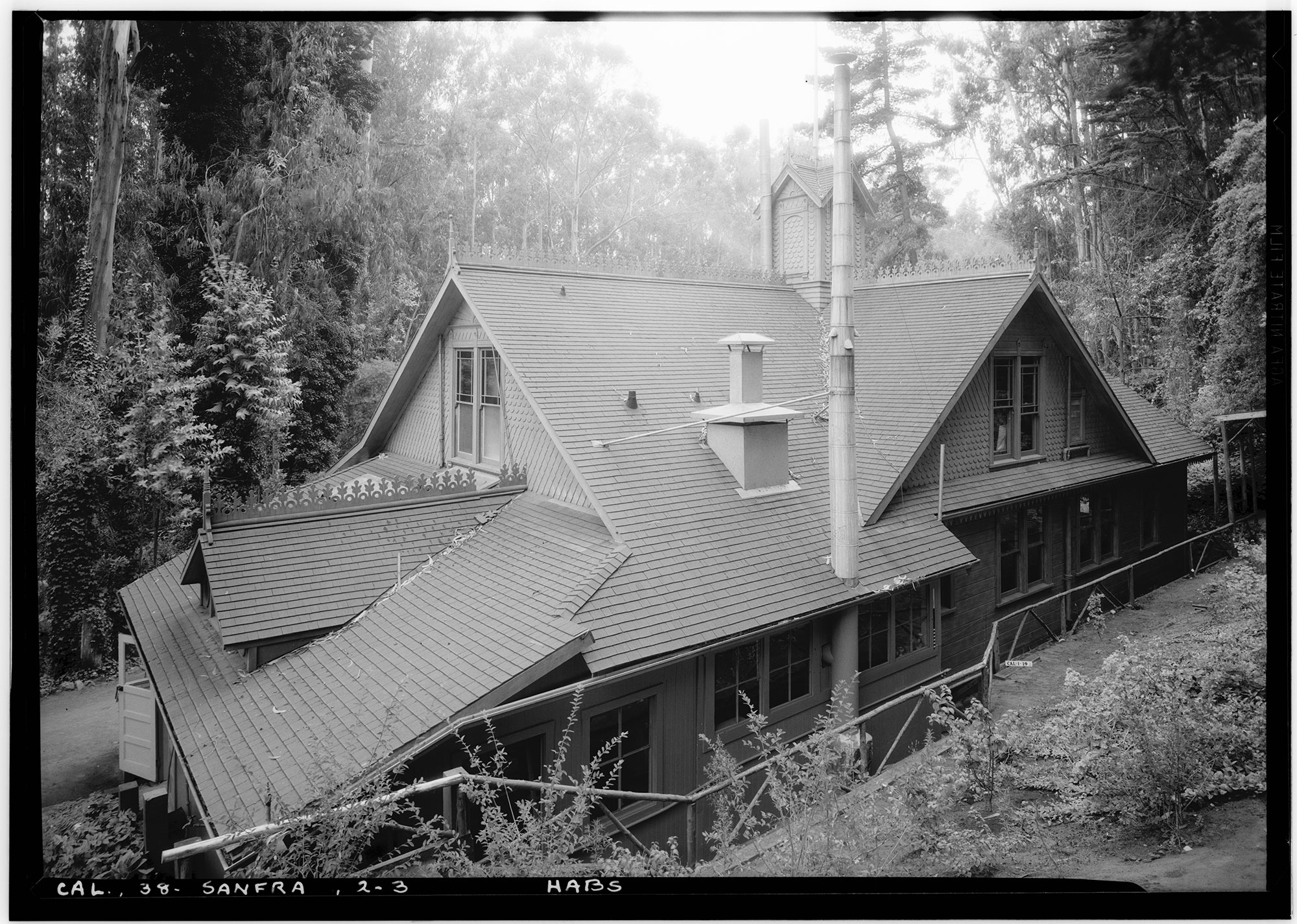 Mrs. Charles A. Hawkins, who had her own estate and home across the street on the northeast corner of 19th Avenue and Sloat Boulevard, leased the Trocadero and land around it in February 1910 with the aim of forming a country club and athletic grounds.3 She established a “Women’s Outdoor Club,” and in 1912, a group called the “Girl Pioneers of America” ran a summer camp in the valley, with campers picking strawberries, pitching tents, and taking 18-mile (!) hikes.4 Also hosted at the Trocadero in this era was a “School of Employment” for women, respectable social dances, and suffragette meetings.

Proposals to build different country clubs came and went through the 1920s, but in 1931, the Greens sold their Trocadero property to the Sigmund Stern Recreation Fund, which granted it to the city’s recreation and park department. Renamed for Mrs. Stern’s late husband, it became a famous local venue for an annual free concert series. The Trocadero itself was remodeled in the 1930s by architect Bernard Maybeck, and is a popular venue today for weddings and other parties.